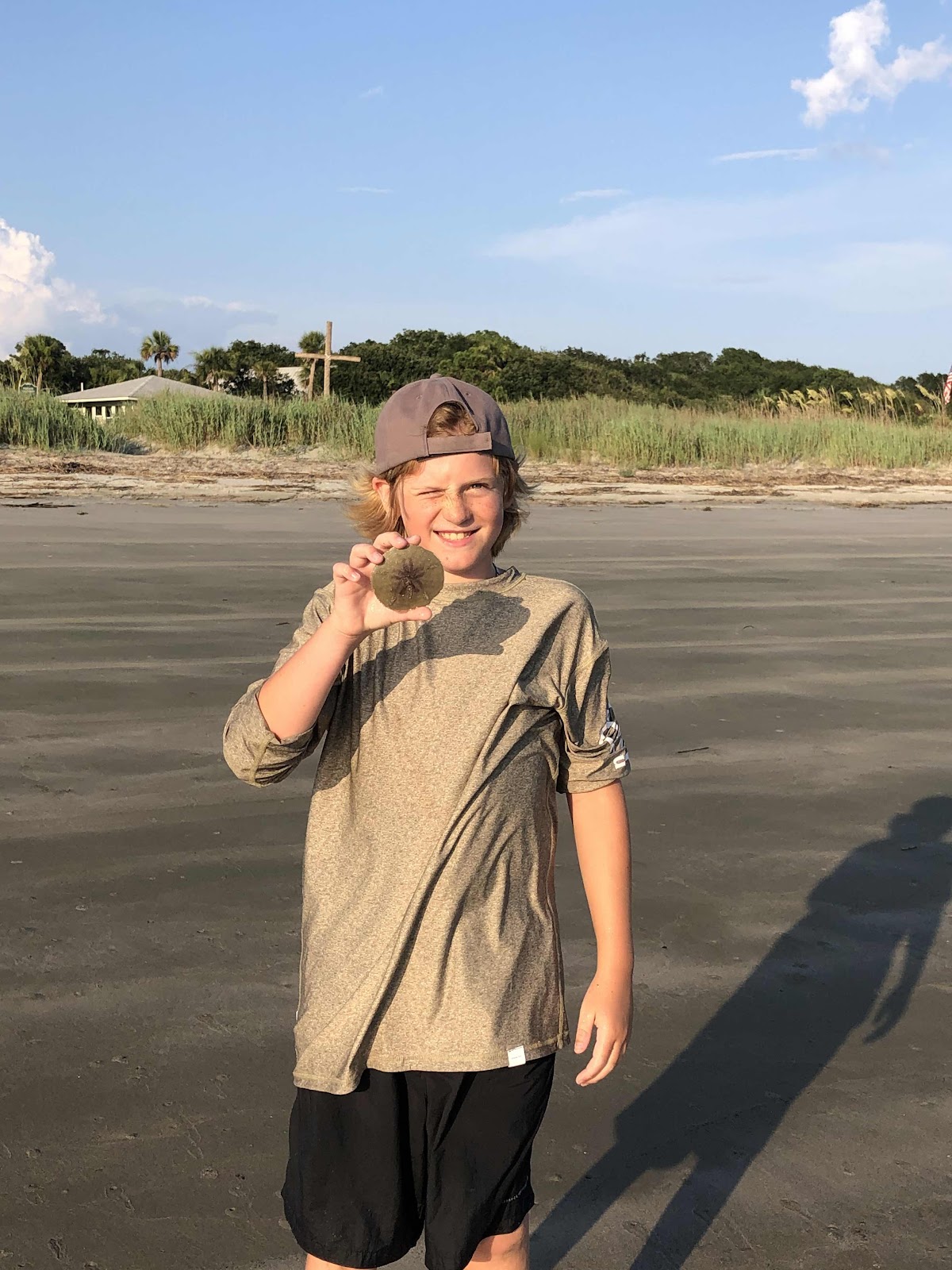 Bear found a sand dollar on our first walk and we snapped a pic...and then discovered that it was still alive!  So, we put it back in the ocean to dig deep and hide again. 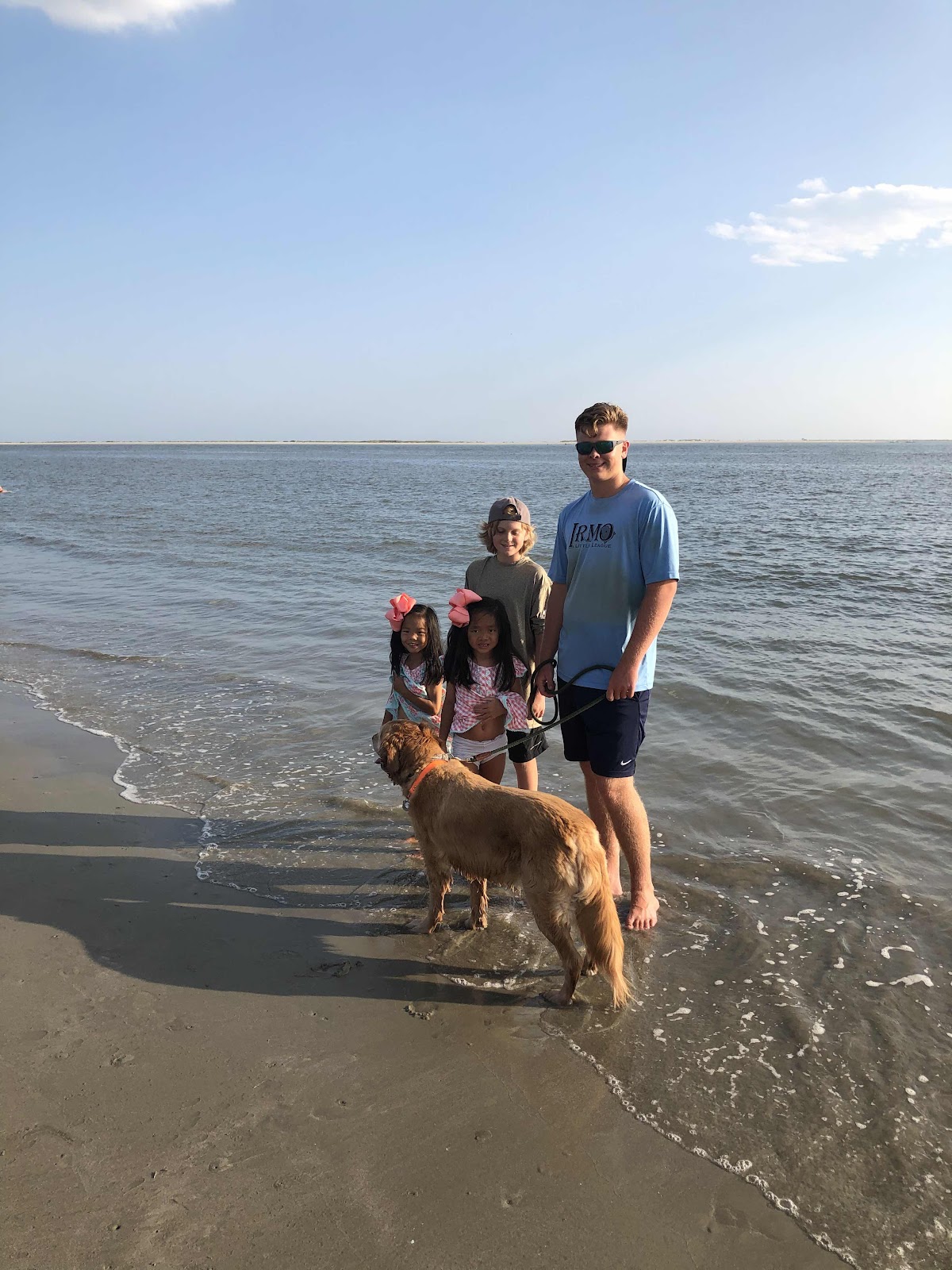 We brought our Bo to the beach this time!  He loves it!  He tried to bite the waves and wasn't too thrilled with his first face full of saltwater.  He adored getting wet and rolling in the sand though. 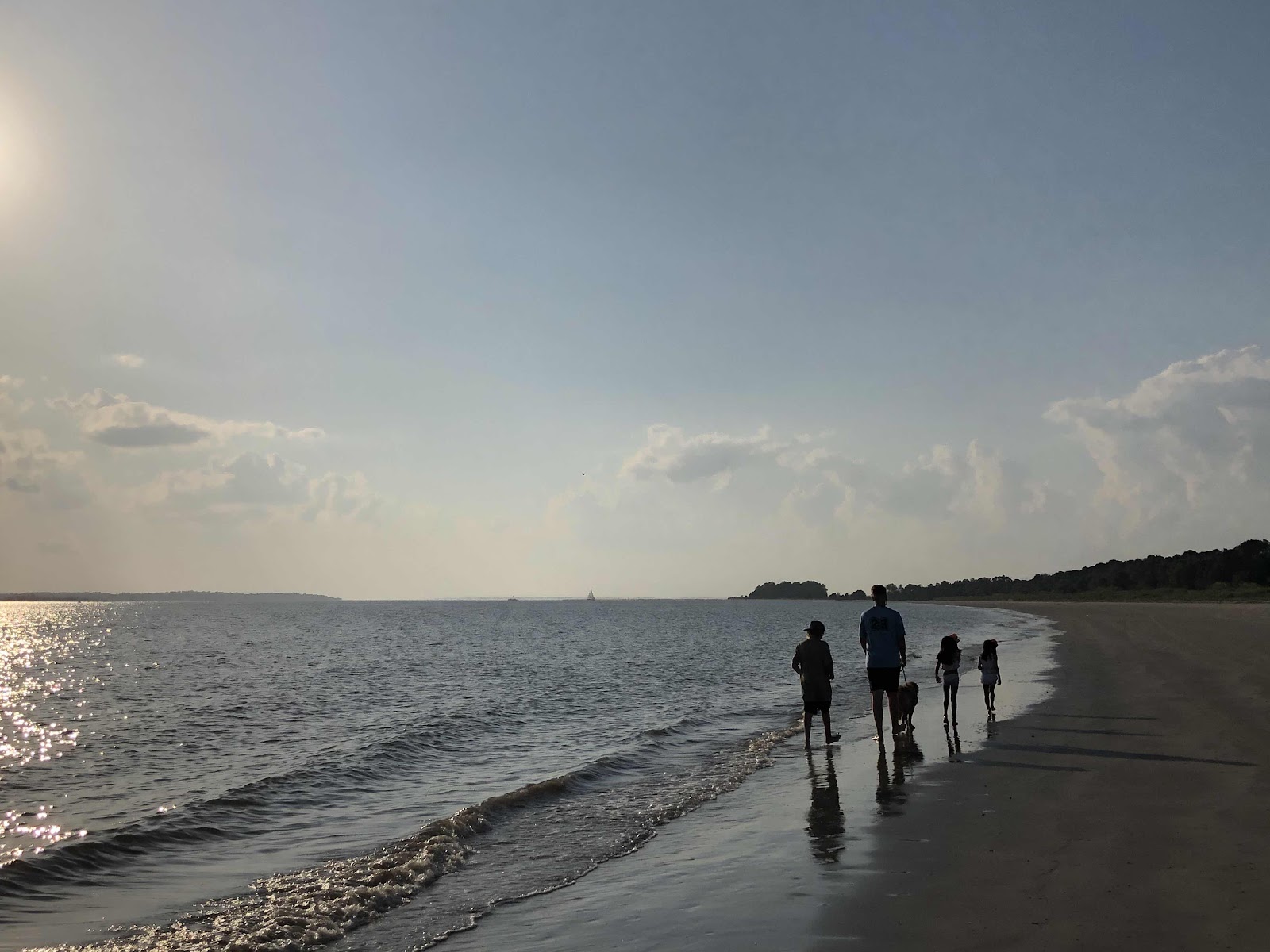 Believe it or not, the island is really busy this year.  Seabrook is a private residential island so no hotels or tourist traps but still most of the available rental homes are booked this week- the rest live here year round. 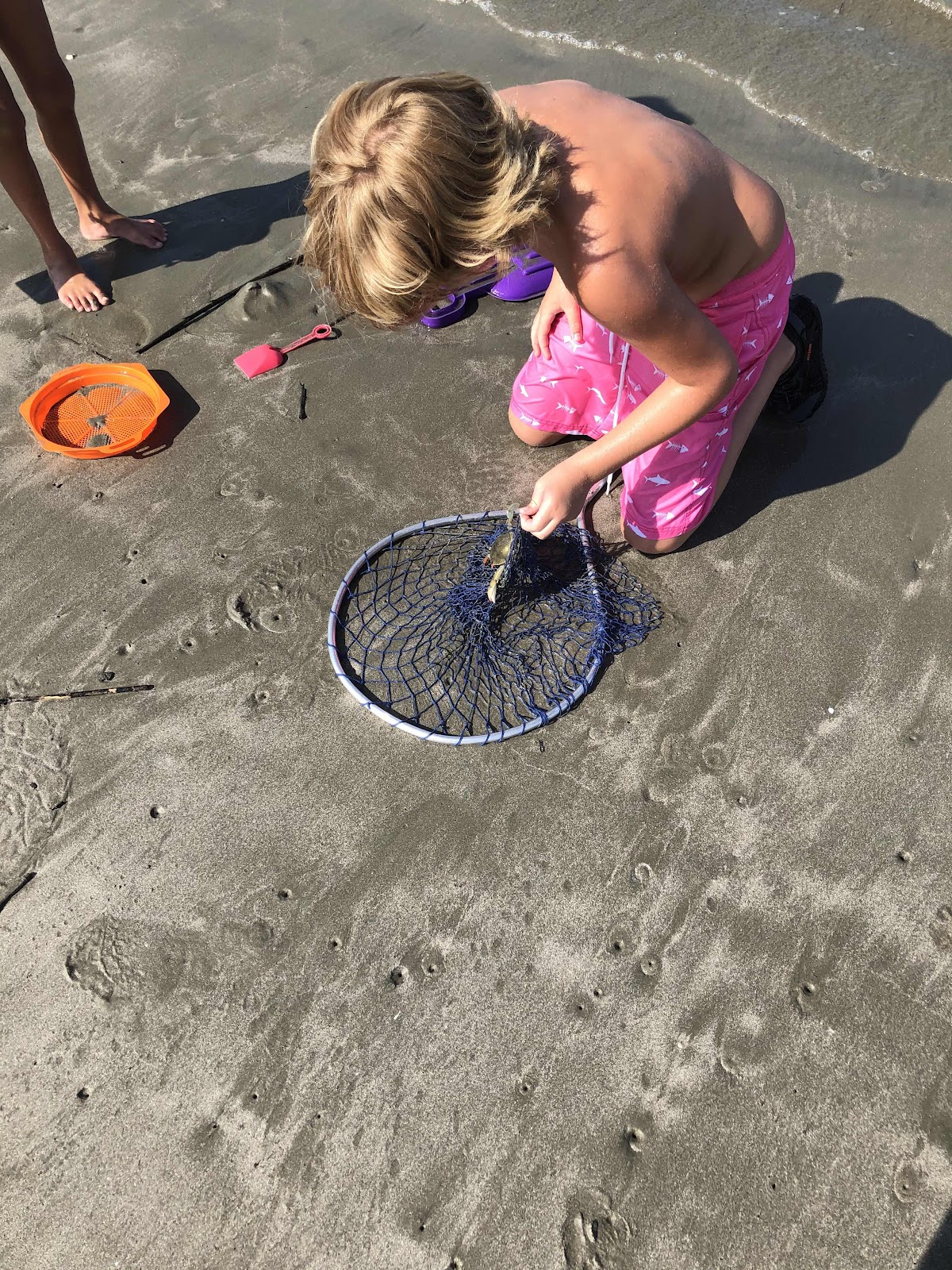 Our first morning on the beach and we went to the one just across the street...we have lots of options on the island but prefer the one nearest to us or North Beach.  Bear caught a crab...well, lots of them actually. But, this one got caught up in the net- eventually he was freed! 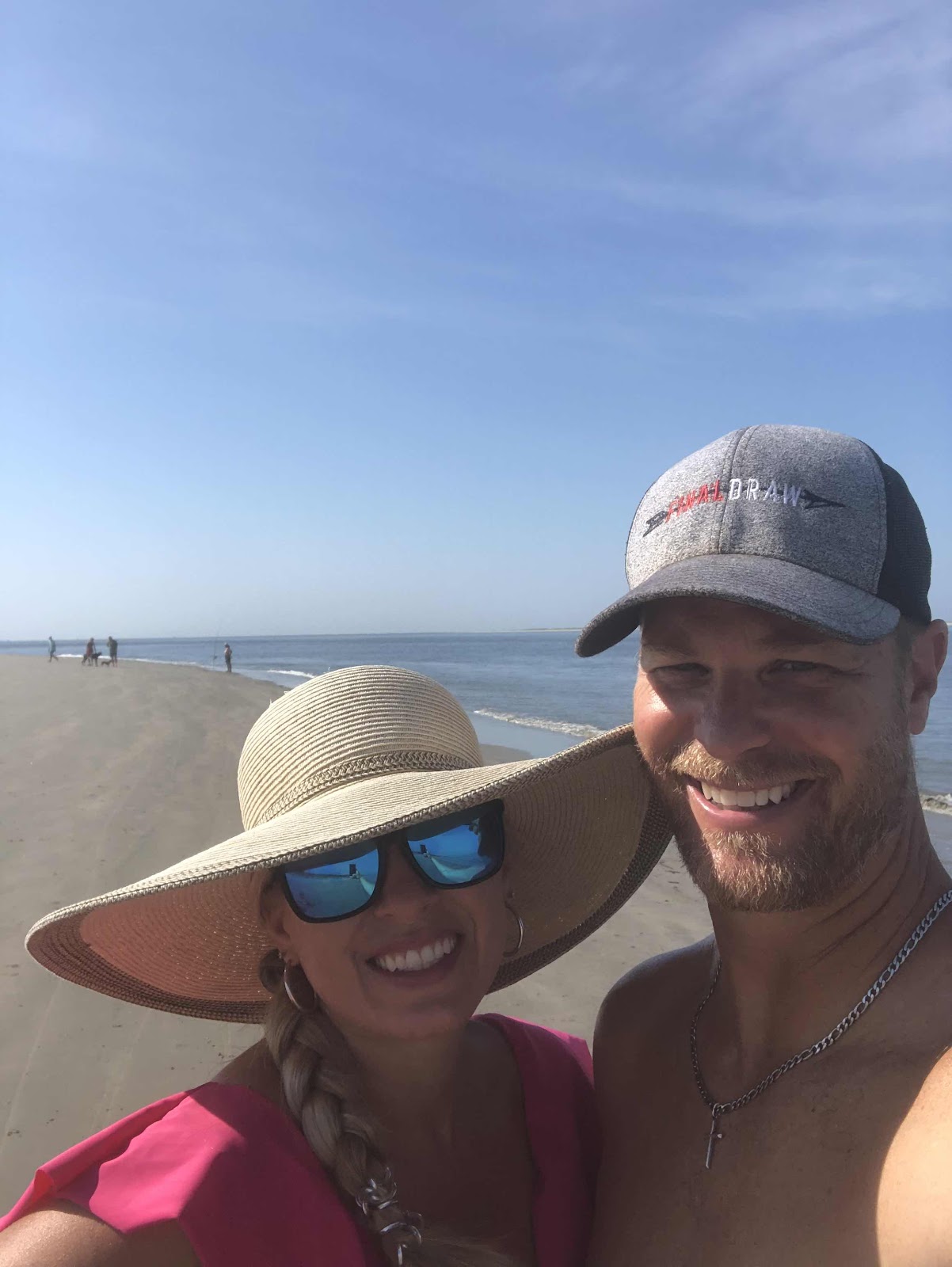 With my love in our favorite place! 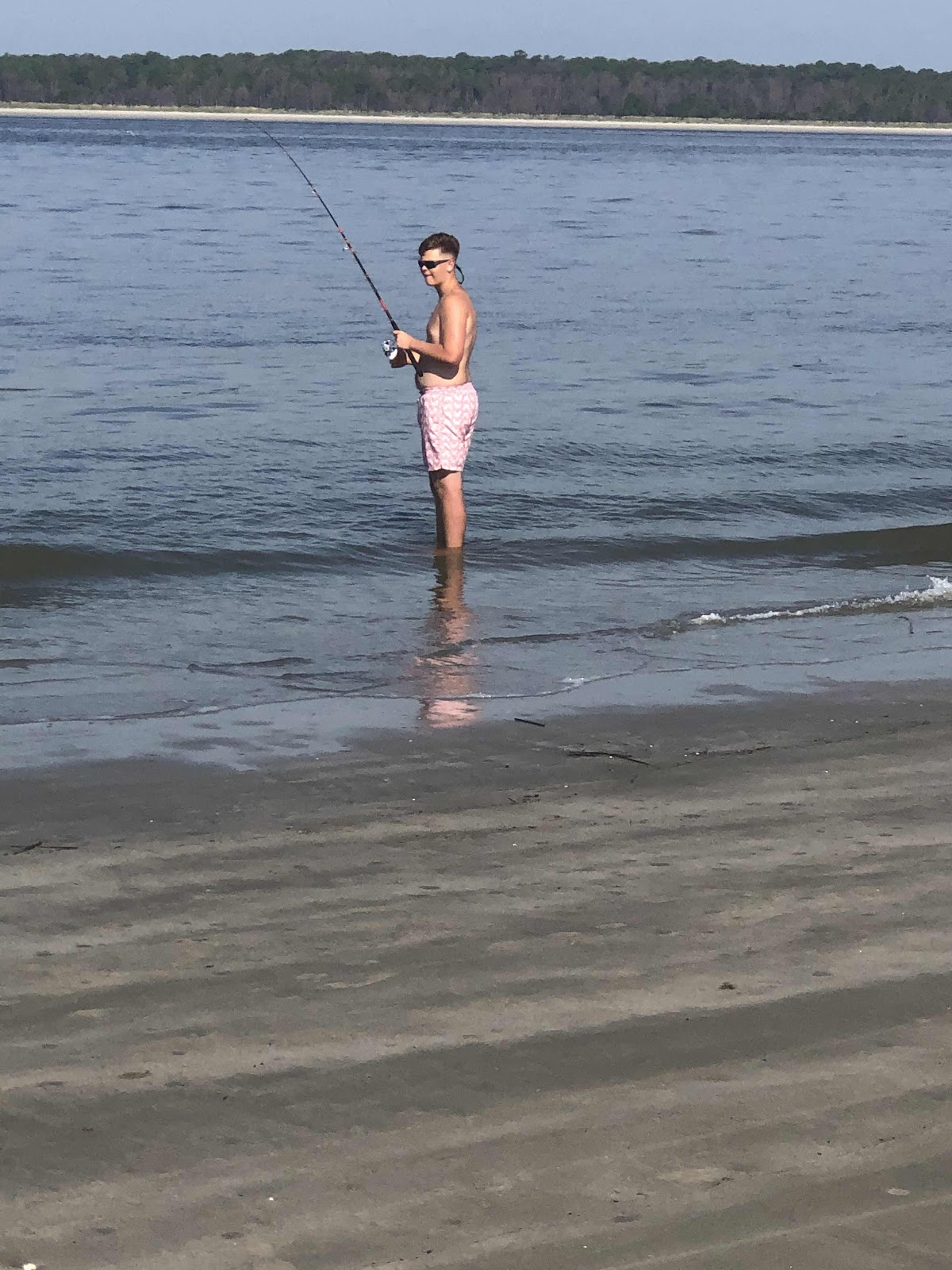 Bubba has been fishing nonstop. Our first morning he caught {or you could say that it caught him!} a spotted eagle ray!  It was nothing short of magnificent to see it come flying out of the water.  Black with white spots and stunning!  Wyatt immediately dropped his jaw in shock!  He had a good little fight with it but ultimately the roughly 200 pound ray flew away with every last bit of line on his rod. Definitely a once in a lifetime experience!  Just before that he hooked a loggerhead sea turtle...not huge but not a baby by any means...the hook had caught on its front fin but thankfully not injured it.  Scott was able to unhook it and set it free as well.  But, it was stunning to see in person! 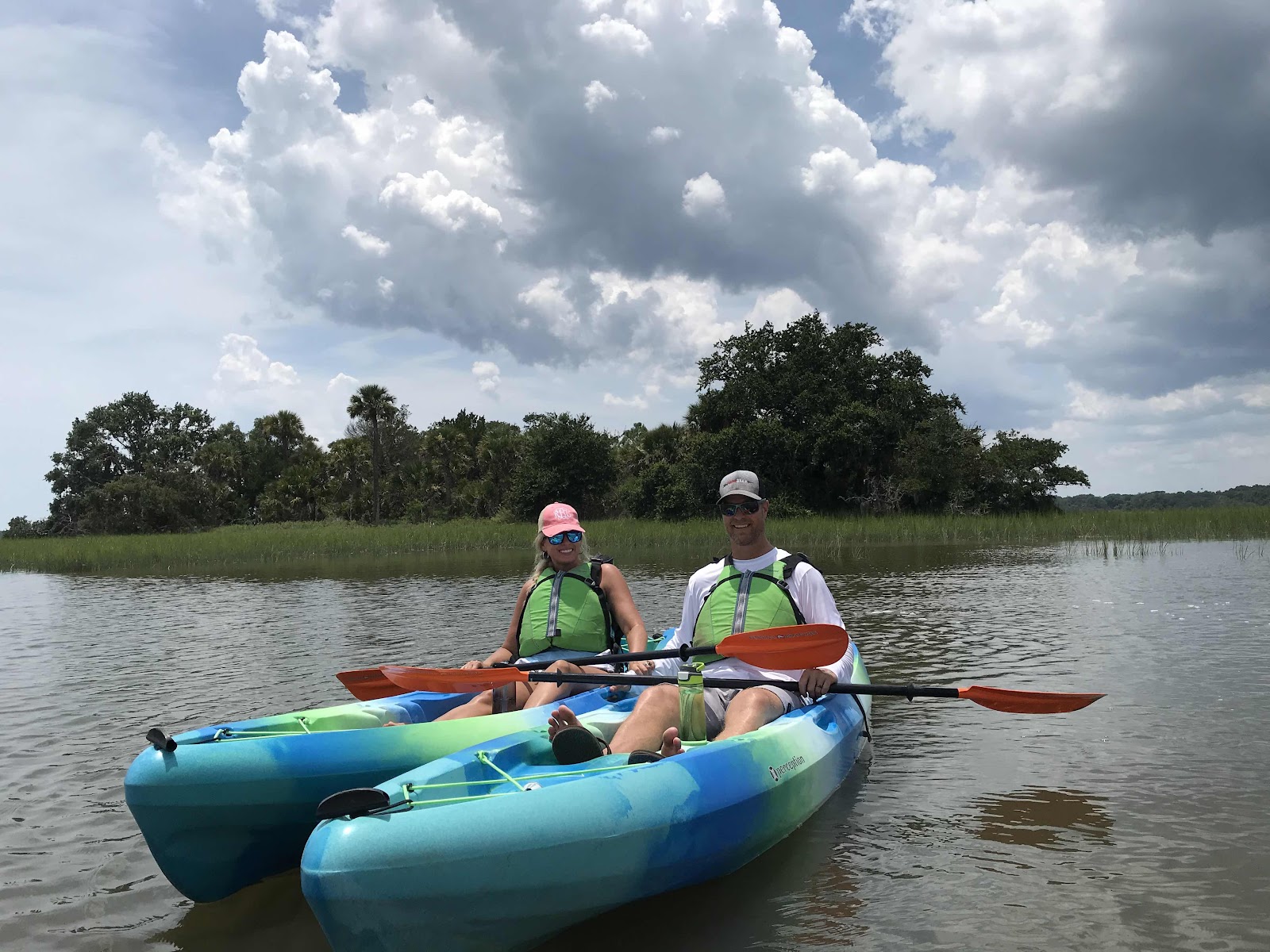 Scott and I spent the afternoon kayaking the Bohicket Creek...which is rather large!  The tide was in and it was gorgeous to see the dolphins {and their babies} swimming right alongside us.  God's creation is astounding! 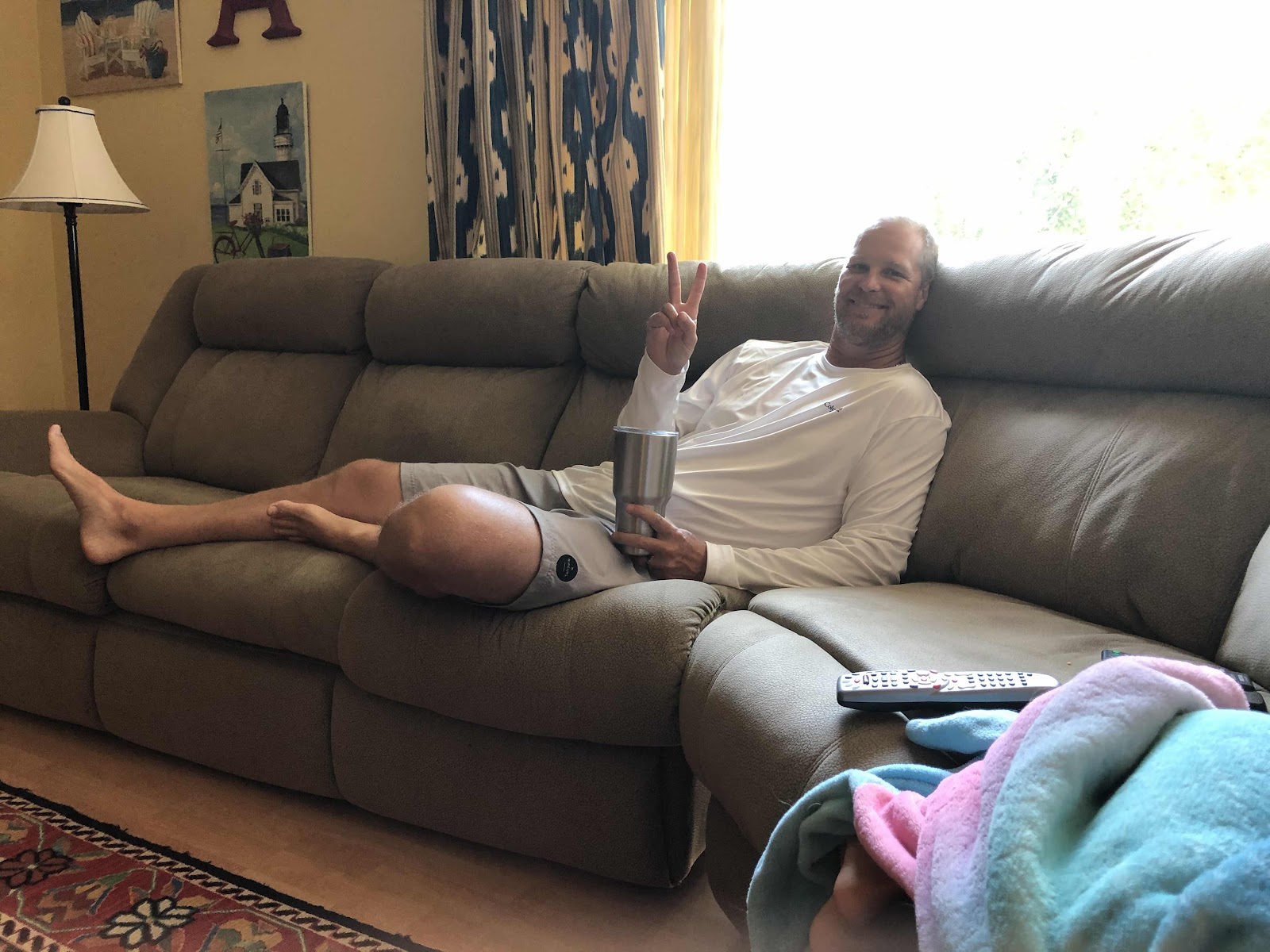 We chilled for a bit before heading back out.  Panda took this one of Scott and then of me & AJ cuddling. 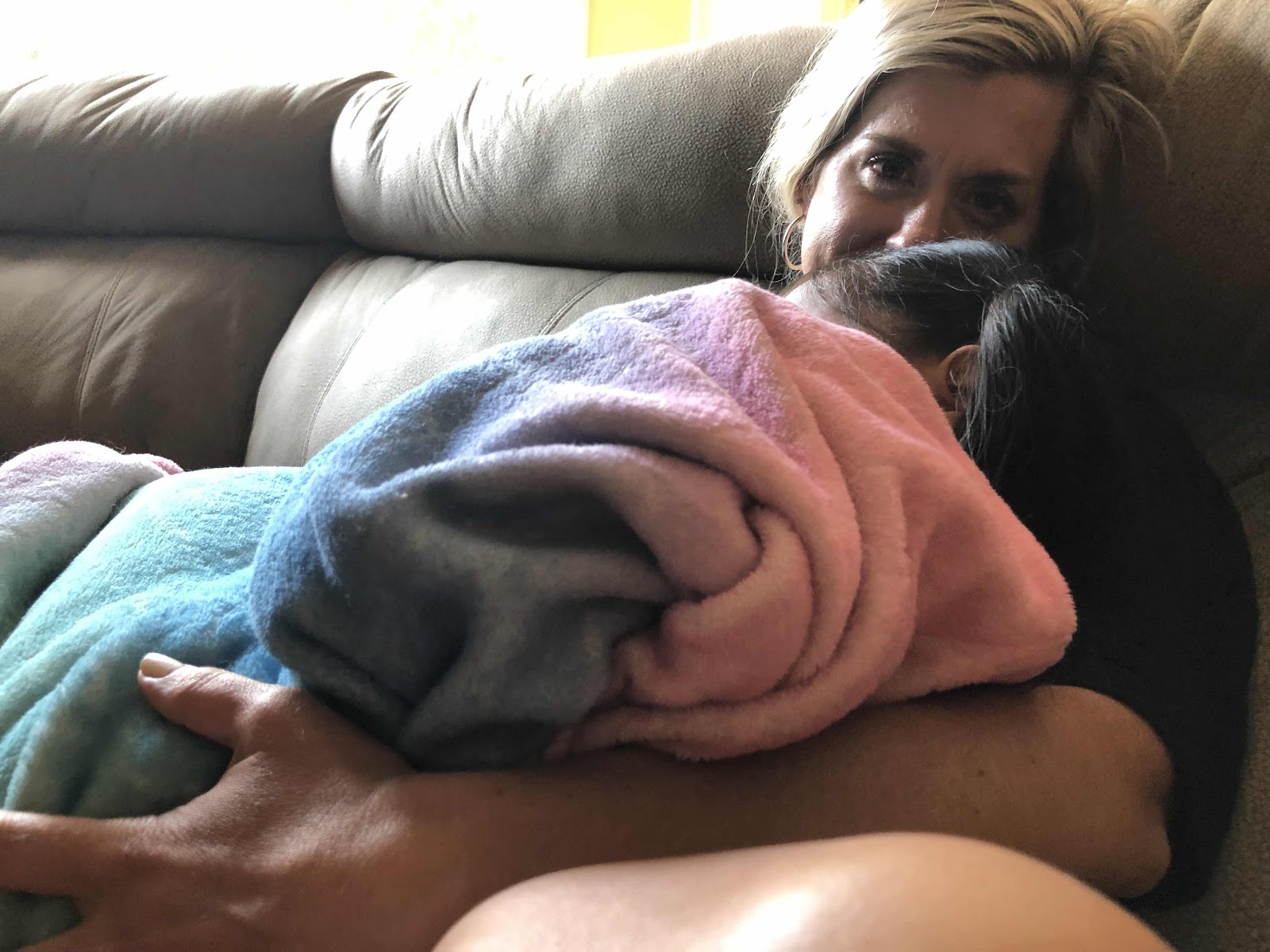 Now on to the few photos I took of our first evening...

After a morning on the beach swimming, fishing and playing- then mom & dad kayaking for the afternoon- we enjoyed an early dinner at the condo and headed back to the beach for sunset. The girls built sandcastles while the boys fished. 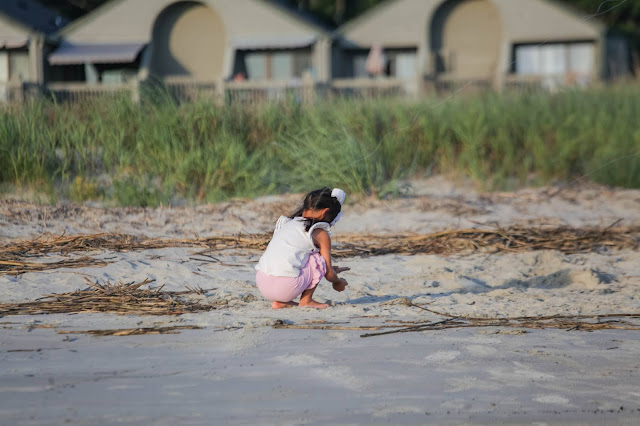 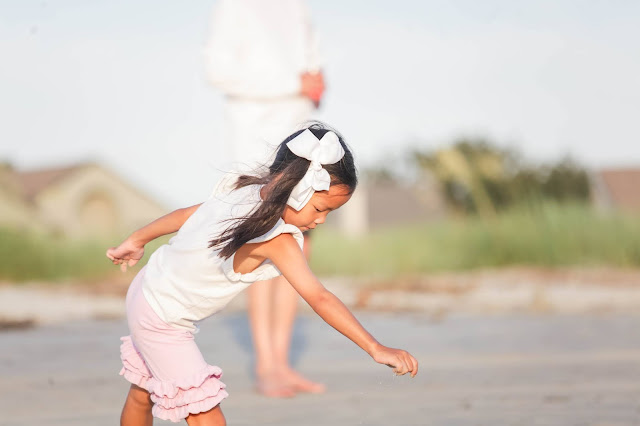 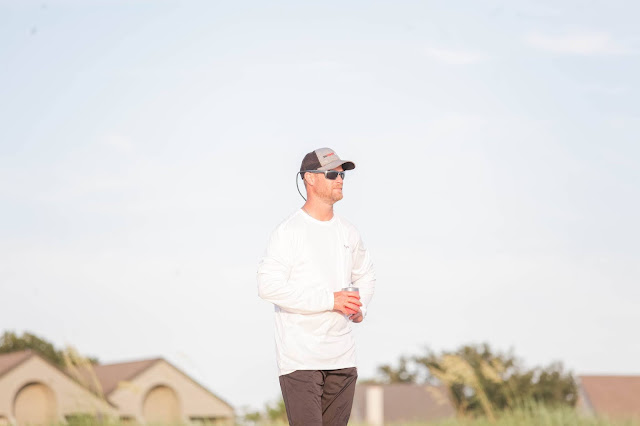 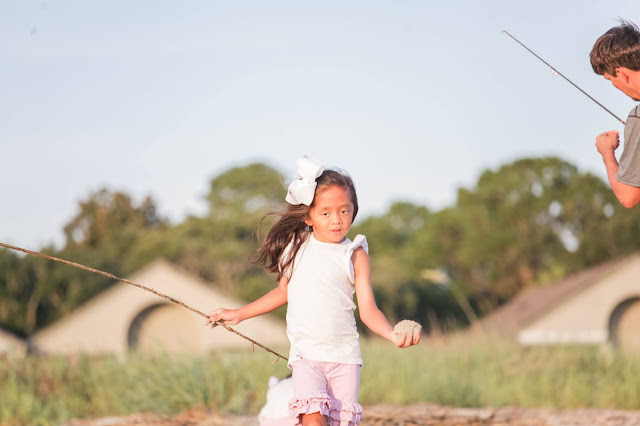 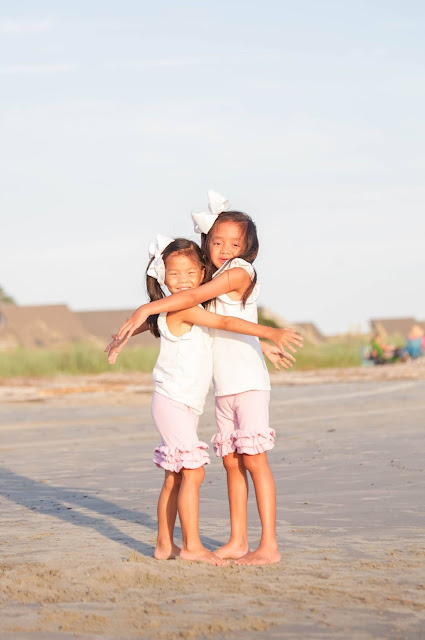 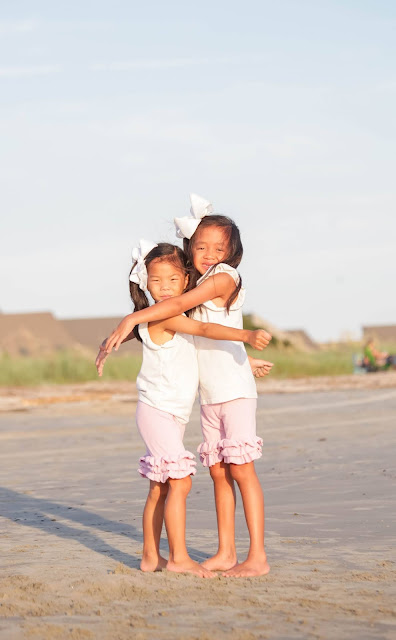 I totally forgot to get a photo of the girls before their hands were sandy!  So, this is what you get when you ask them to hug and smile at the camera.  Too funny!  They did not want their sandy hands to touch anything. 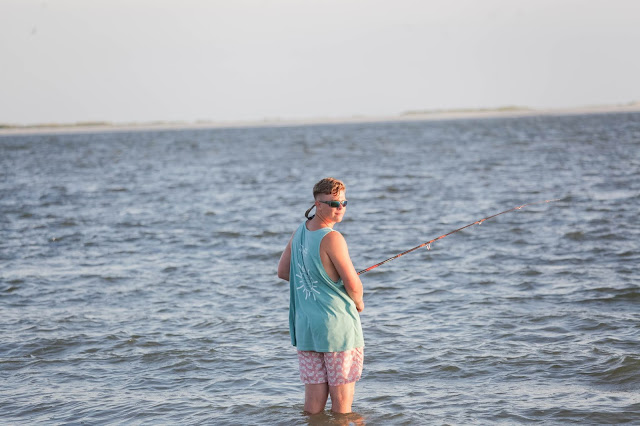 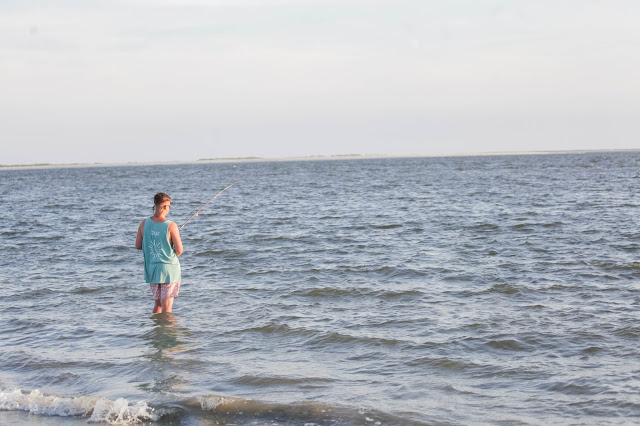 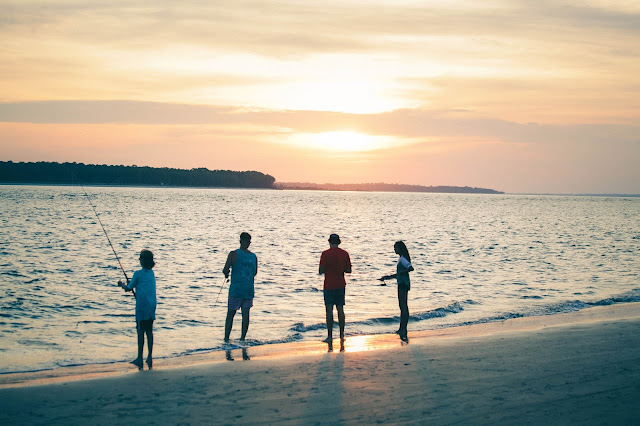 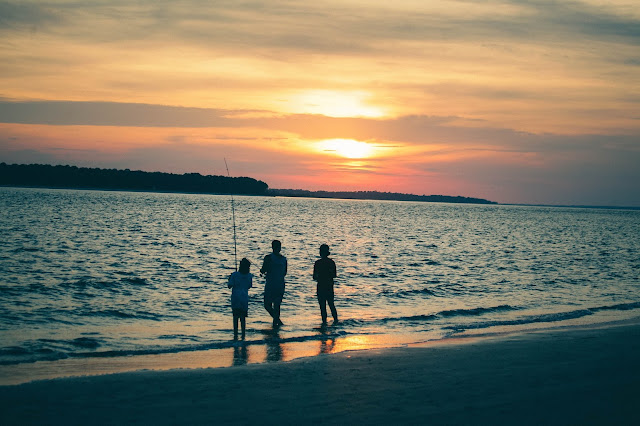 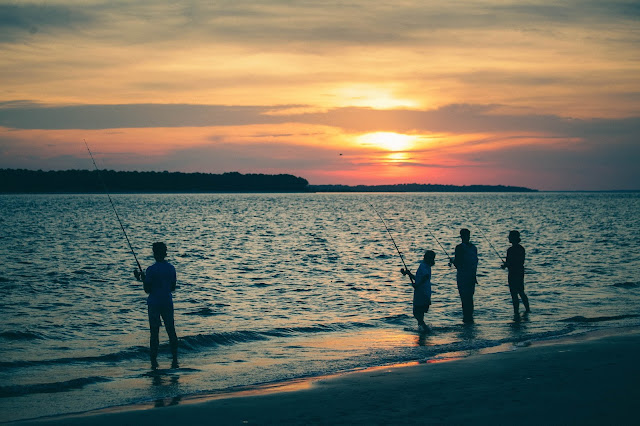 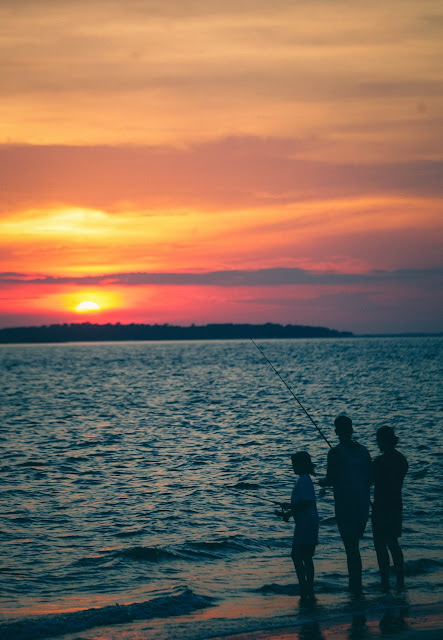 No luck tonight but lots of fun had still!


Getting here was a test for sure and there was a moment I lost it and was in tears condemning the enemy and all his little demons from getting anywhere near us.  We had a rough travel day with a phone call in the middle of it letting us know the hot water heater in the home we are renting went out and there was someone here until late that would be replacing it...then when we could finally get in and it was cleaned again {after spending a couple hours on the beach with 4 hungry kids and a dog} we discovered the AC did not work.  It was 90 degrees inside the condo and about that outside at nearly 9pm. It was a mess.  Thankfully now, the air works, the hot water works and we didn't lose any of the 3 coolers full of food that I had already precooked for the entire week.  The entire situation opened the door to a good conversation between Scott and I to work on something that easily the enemy uses to pull us apart and shed light on how we can work together better.

Once we went to bed Saturday night, we were grateful to have a new day and new mercies ahead of us!  Sunday, our first day, was glorious...time spent in creation surrounded by the people I love the most.    His mercies truly are new each and every day...and getting to see them in this space that is so sacred to us is nothing short of an honor.