{How Homeschooler's Do Recitals}

We have had the greatest privilege of having our friend, Justin Tweito, spend every Thursday morning in our home teaching Wyatt guitar and Luke drums.  AG joins in on the mike every now and again, too.  :)

Justin leads worship, writes music, produces songs and is pretty much as talented as one person can possibly be...all with the deepest humility you'll encounter.  He wants no credit and gives all glory to God.  We could only wish to have someone like him stick around here and pour into our children forever {whose primary instrument is keys...along with a voice that will most definitely be heard on airwaves one day}.  But, he has an incredible opportunity to move to Nashville and truly live his dream.  What better time to give it a go than when you're young and have an amazing wife and no children yet to be in the mix...other than their fur baby, Ace! When he shared he would be moving, we were so torn...completely devastated to say "see ya later" to someone who is truly family to us yet so over the moon excited to see where God leads he and Amelia in this next chapter! My boys are tinkering on tears one minute and joy the next and I think that's been the hardest part for me.

When Justin spends each Thursday morning with us, it's not just music...it's Truth and dignity and integrity and wisdom.  I recall sharing with Scott years ago when I sang in the band at church how Justin's prayer was the most solid prayer that I think I had ever heard from someone so young...he may have been 19 or 20 at the time.  He spends time in Scripture and holds everything else in his life to it.  And he just gets it...on a level that took me heartbreak and so many more years of wondering to grasp.  To say it's been a blessing to have him invest in my boys' lives would be an understatement.  I truly feel that the seeds he has planted in their lives we will continue to see come forth for seasons and seasons to come...and that is the greatest gift anyone could give.

As we'd done in the past, we joined up with our dearest Steyne family to have a recital night for the kids to showcase what they've been working on with Justin.  They play keys with him so we get a really nice variation between the three instruments...well, four if you count the electric guitar in additional to acoustic that Wyatt played.

AG also had her eyes on the keyboard as soon as it was brought in and made sure to get her moment, too!  May have to be something we take a closer look at with her! :)

Justin asked each child to share their favorite verse of Scripture and then why they chose that verse before they played.  Another reason we adore him!  My boys had a couple songs they did individually but also two that they played together which was really awesome!  The Steyne's played "Come Thou Fount" and AG belted it out as soon as she realized the song.  We sing lots of hymns around our home and that one is definitely a favorite.  It was so darling watching her sing such Truth so confidently!  She definitely has no fear of an audience!

We made sure to take a "serious" picture and a "fun" one together before enjoying dessert together.  Gracious, I love these people! 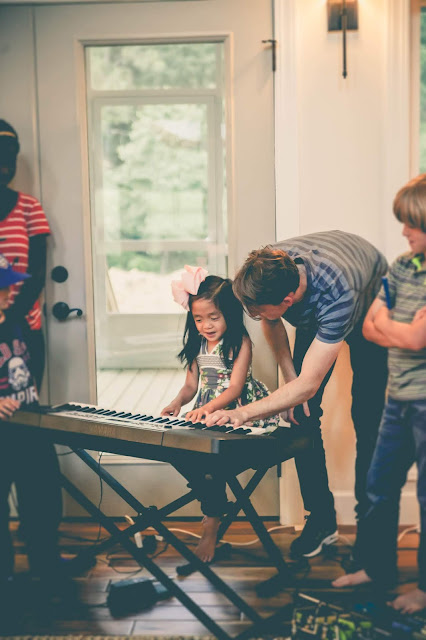 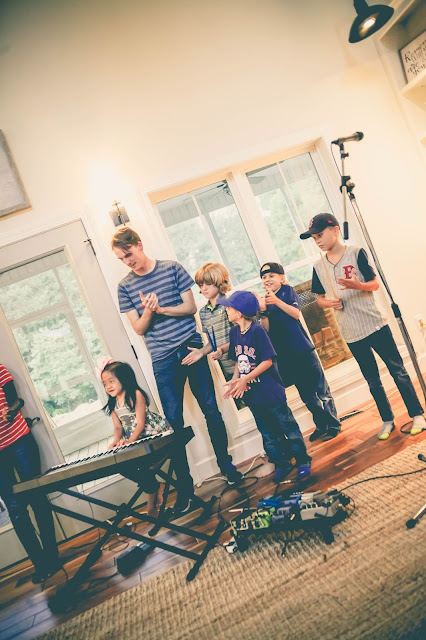 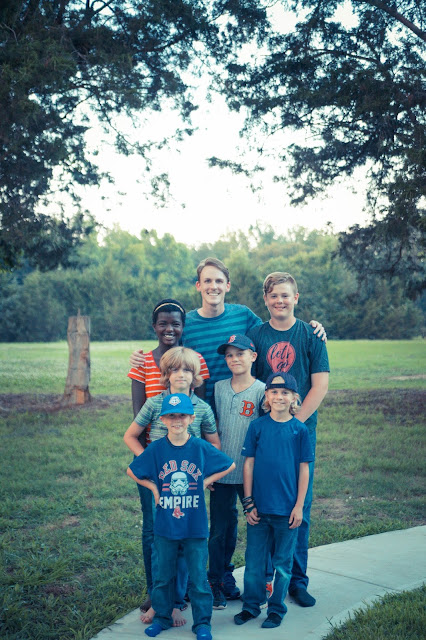 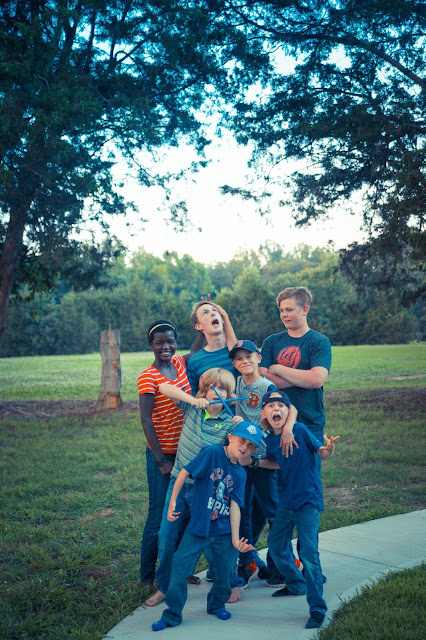