One of my all-time favorite scripture verses is Jeremiah 29:11.  My daddy gave me a really cool framed print of this verse when I graduated high school and it’s stuck with me since then.  I love to share it and I love to speak it.  It’s an affirmation that, regardless of the situation, God has big plans for me since I am His child.

Even when things don’t make sense to me, He knows.  And, there is still hope.

I love that even more.

One week after saying our earthly goodbyes to Annabelle’s sweet little body, Scott and I got out of town for a couple of days…to Charleston, of course.  It seemed the logical place to go.  We had just spent five weeks there with our daughter and hardly gotten outside the hospital walls.  So, we went back to her city to enjoy it.  We ate at the best restaurants Charleston has to offer, shopped King Street until our feet hurt and walked along the Charleston Harbor hand in hand.  The only thing not so perfect was the crowd.  Charleston seemed incredibly full of tourists that weekend and we soon found out it was because of this pretty little bridge… 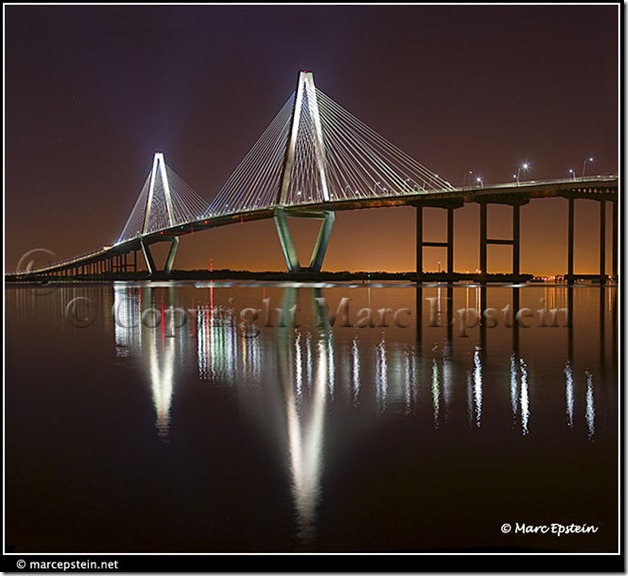 We were in town during the weekend of the Cooper River Bridge Run.  It’s a 10k (6.2 miles for you non-runners) and I had run it before.  Except, then I was 18 years old and it was the rusty, old bridge that I ran across sure that I was about to die the entire time.  That pretty thing that I just posted a picture of is relatively new and I haven’t ever given running it a second thought.  It is quite intimidating, actually. 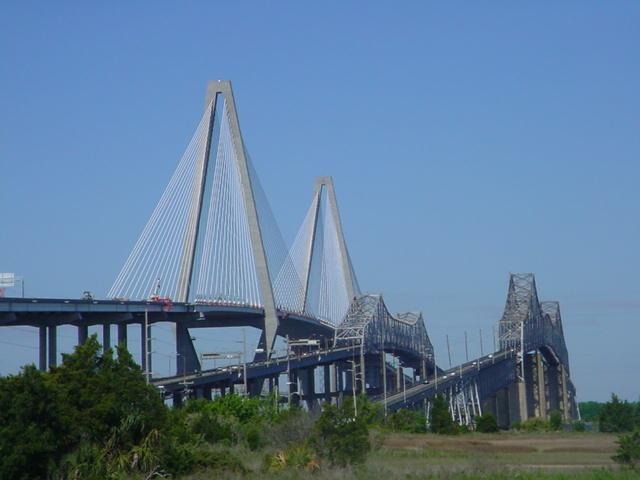 Until that weekend…one week after Annabelle had gone Home and I needed a reason to put one foot in front of the other.  I told Scott that weekend that I wanted to run it again…and run it for her.

I ended up expecting our third little love that next spring and was still very much nursing him and not in any shape to run it the following year.

Now, my time has come.

I started training on September 1st all the while focused on March 31, 2012 and that pretty little bridge that happens to be a 4% incline for nearly 2 miles.  Somewhere along the way, I thought it would be special to run something around her birthday since the Bridge Run is so close to her Heaven Day.  Wouldn’t you know it that there is another 10K here in town that benefits the Ronald McDonald house…ON her birthday?? ;)  So, I’m doing that one, too.

And, to make it even more special, one of my sweetest friend’s told me that she and a couple of her half-marathon running buddies want to run it, too…for Annabelle.  Now, I’m designing a shirt…:)

Y’all, I am not going to break any records. Ever.  But, I am going to finish…and the entire time I will envision my baby girl being rocked in my mama’s arms on the sidelines.

Because, He has big plans!  And, this is only the beginning…

“Therefore, since we are surrounded by such a great cloud of witnesses, let us throw off everything that hinders us and the sin that so easily entangles us.  Let us run with perseverance the race marked out for us, fixing our eyes on Jesus, the author and perfector of our faith.”  Hebrews 12:1-2

Would you welcome another runner??

That is awesome...I am excited for you how amazing..I been running some too...YOU can do it girl!! I love the part about Annabelle and your Mom on the sidelines..I can see it... :) Praise God..You are so encouraging!! GO Girl..
Love
Rhonda

And you made me cry... again! The part about you thinking of Annabelle in your Mama's arms - that did it for me! I am so in awe of you for so many reasons and now you've just added another! I am beyond impressed and proud of you - you look amazing and I know you feel amazing too! I will be cheering you on from afar as you make your way across that bridge... I can only imagine how healing it will be for you! Again, SO impressed and inspired!

Yay! I am proud of you. I love that bridge. Funny, how alot of us have connections to Charleston. I was there over Christmas.

That's awesome!!!! I can't wait to hear how it goes and I love the idea!

I wanted to share a little something with you! My very first Iron Girl 10k race was with my dear friend Michelle B. when it was her goal to complete a 10k after having gone through chemo and surgery. She had asked if I wanted to sponser her and I said I would love to and asked if she would like company during the race. She couldn't believe I wanted to participate with her and was so excited. Well, four of us good friends ran it with her that day and she was (and still is) our inspiration. She never stopped jogging the entire 6.2 miles. The following year the cancer had spread and she was unable to participate with us, but stood with us at the start and finish lines! She passed away 5 months after that, but still to this day, every September, we run the Seattle Iron Girl 10k in her honor. Let me tell you, I never complete it with dry eyes! I love the fact that you are going to run this on her birthday and that it also benefits Ronald McDonald House! What a great goal and such an inspiring story you have to share with others. People you don't even know will be cheering you on at the race and will comment about your shirts. You are Amazing!! Go get 'em!