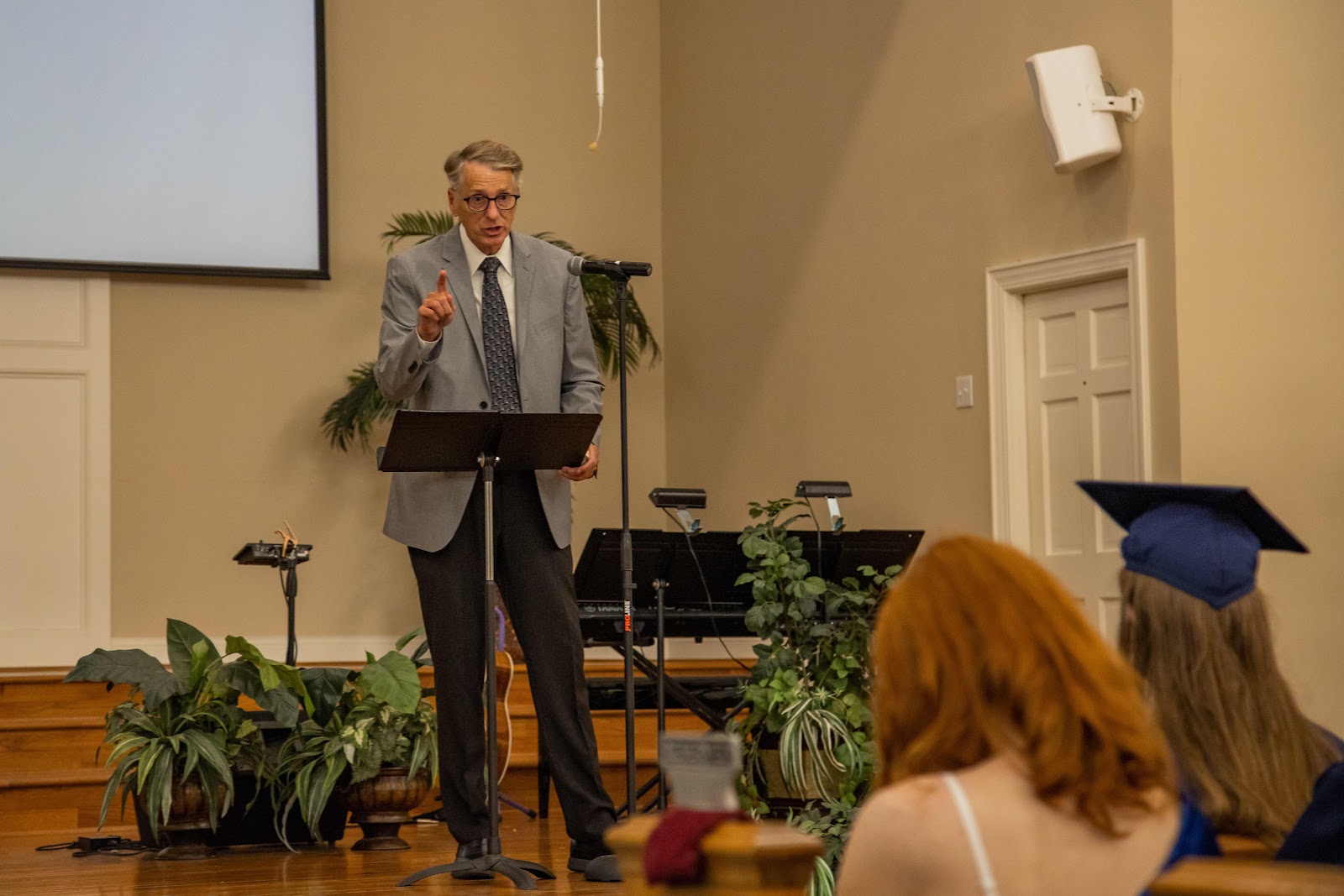 We had the opportunity to graduate with other local homeschoolers who are apart of HERALD 5 {a home educators group in our area}.  It was such a special service.  Since Wyatt is our first to graduate, we didn't know what to expect but were very grateful for this ceremony and service honoring our graduates.  It was held in a local church and was such a God honoring event.
My daddy {Grandaddy} was asked to give the final charge and closing prayer to the graduates.  It was beautiful!!! I am glad he didn't ask me to edit this one {as I am often asked to do}.  It had me in tears in the sweetest way.  I know it meant so much to Wyatt also- as they are super super close! 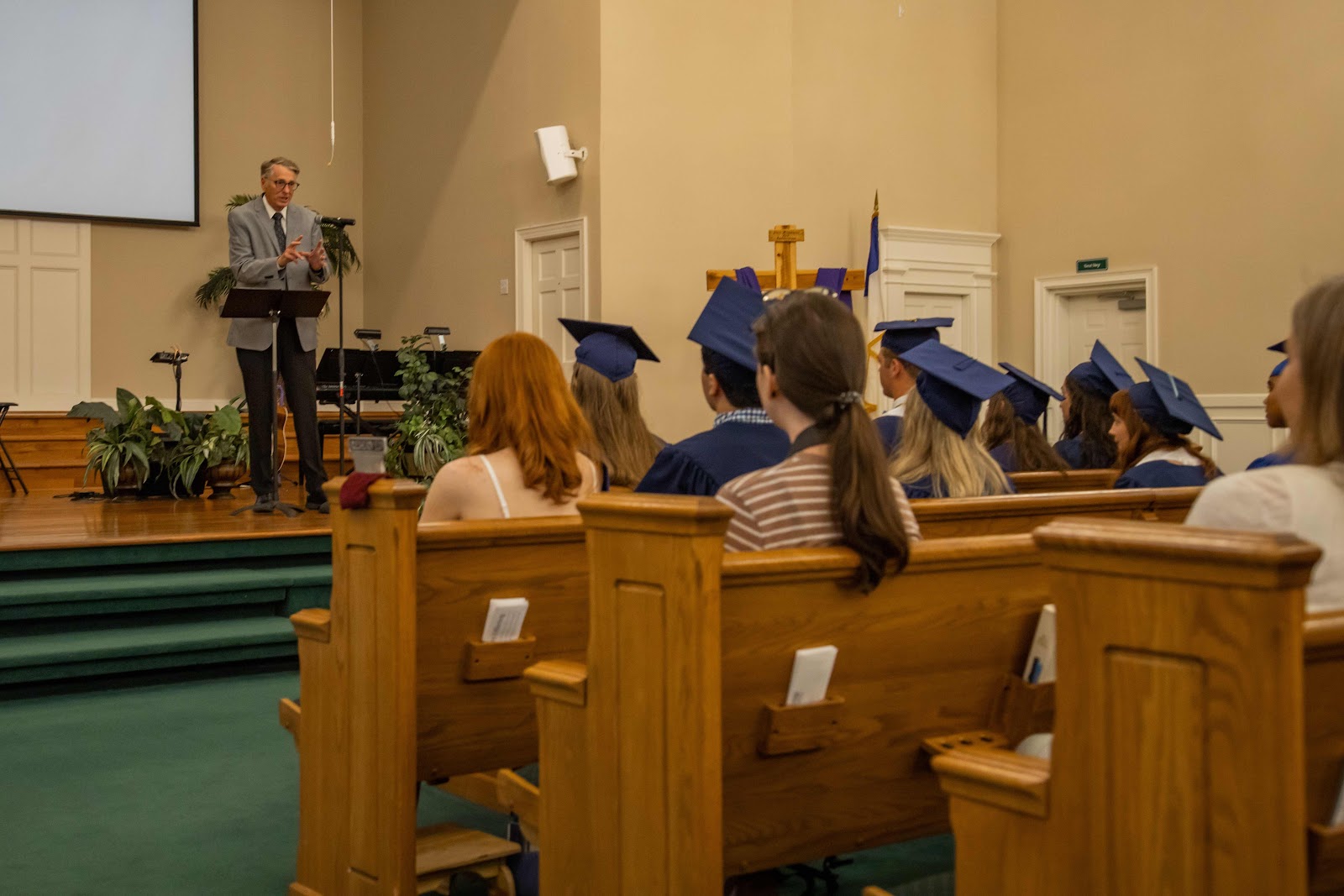 Scott wrote and read aloud his challenge to Wyatt in this next stage of his life.  Every word was perfect.  He is so wise and has allowed the Holy Spirit to truly disciple him into the man he is today.  Our boys have the best role model in their Dad! He has drawn a line in the sand and it living proof in how he leads and loves our family. 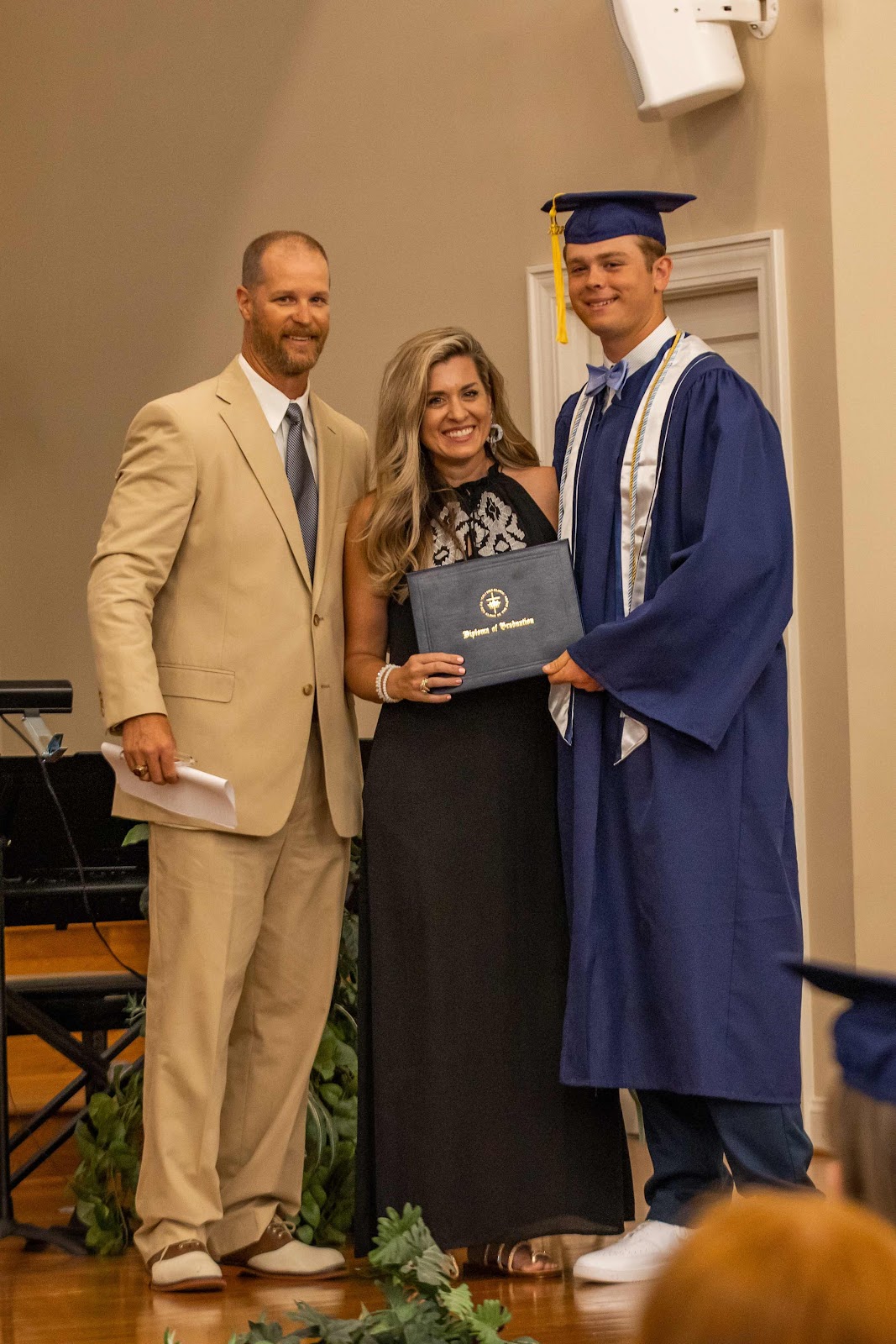 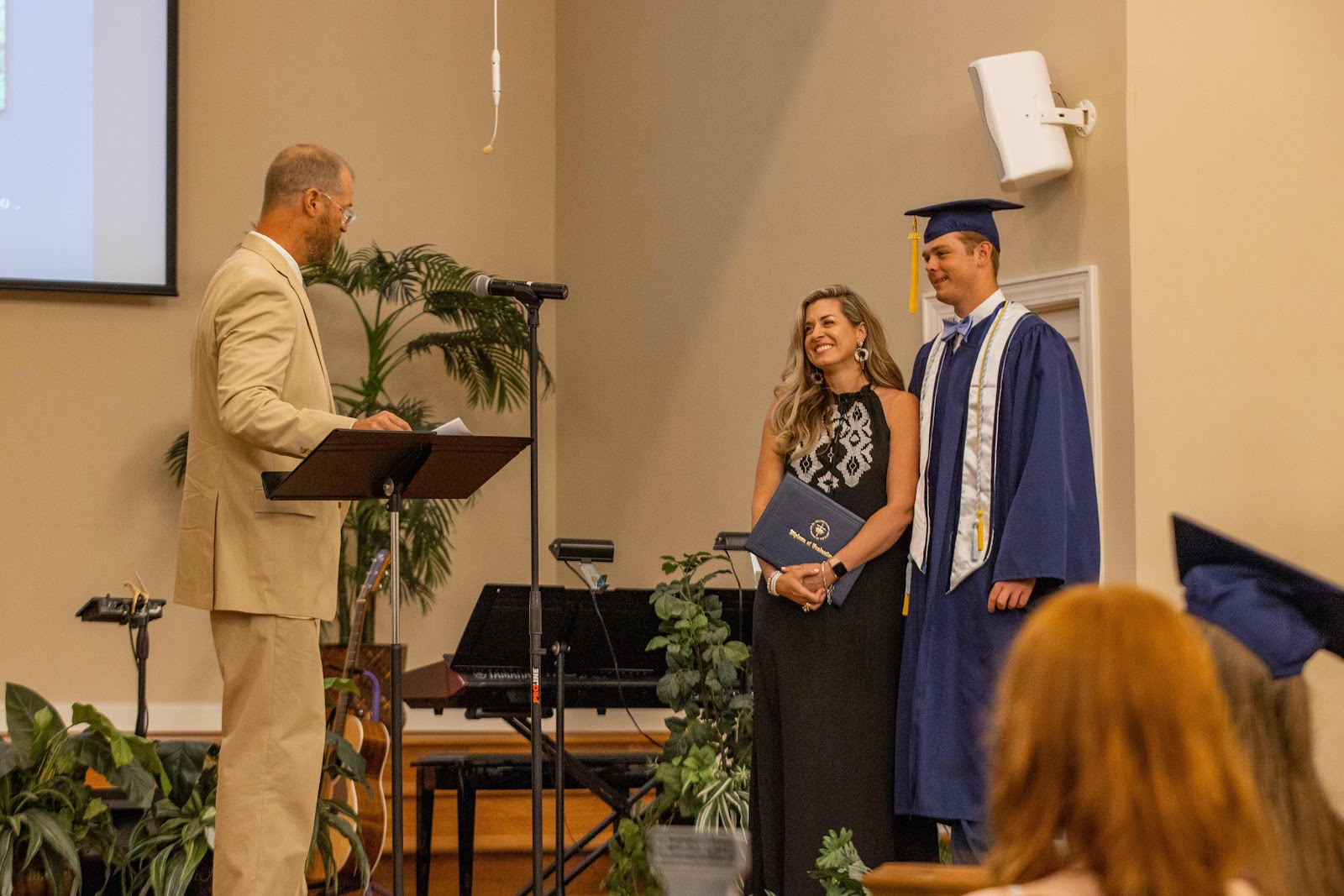 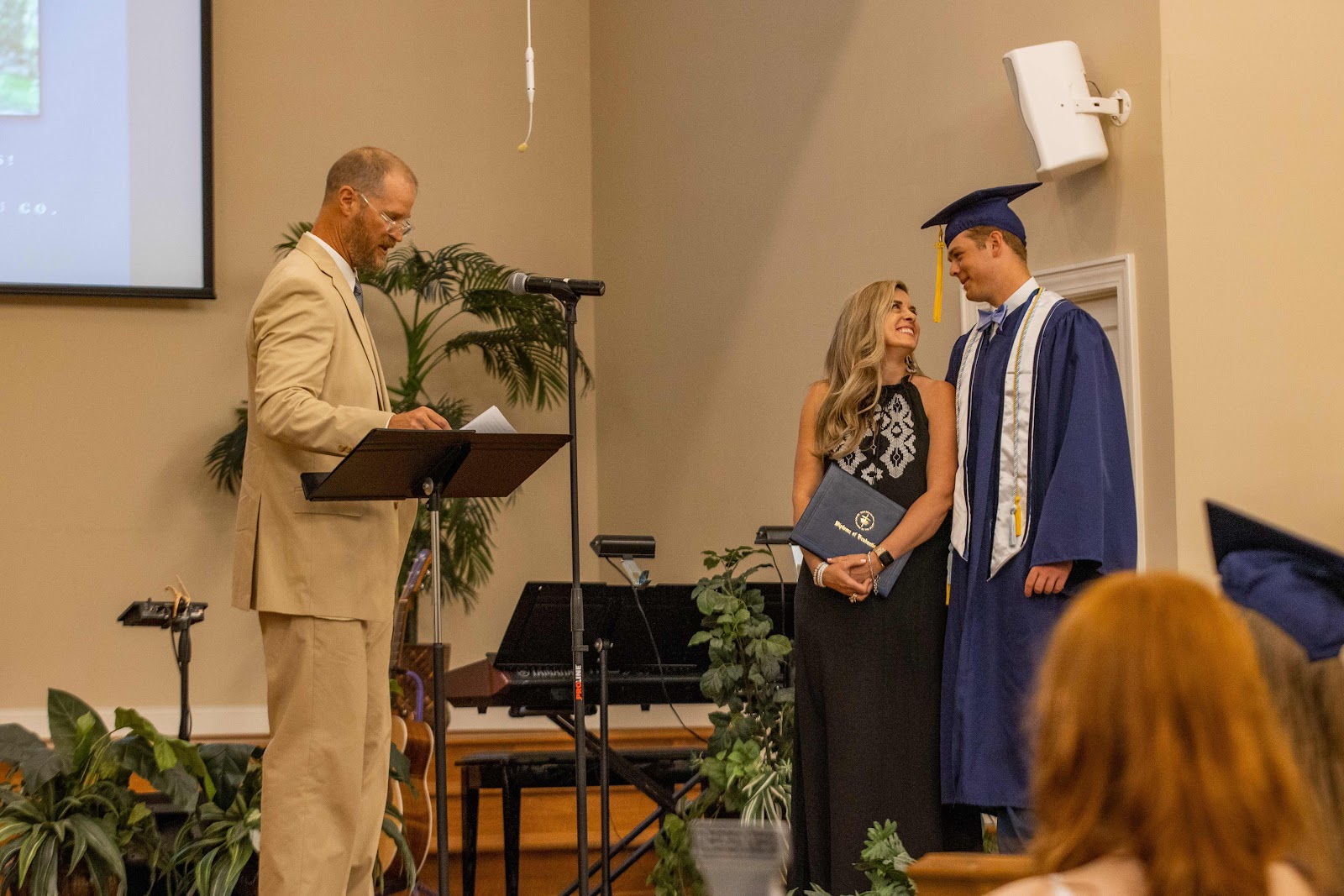 We also had the opportunity to put together a slide show of photos throughout the years.  We had it played to the instrumental version of "In Christ Alone". 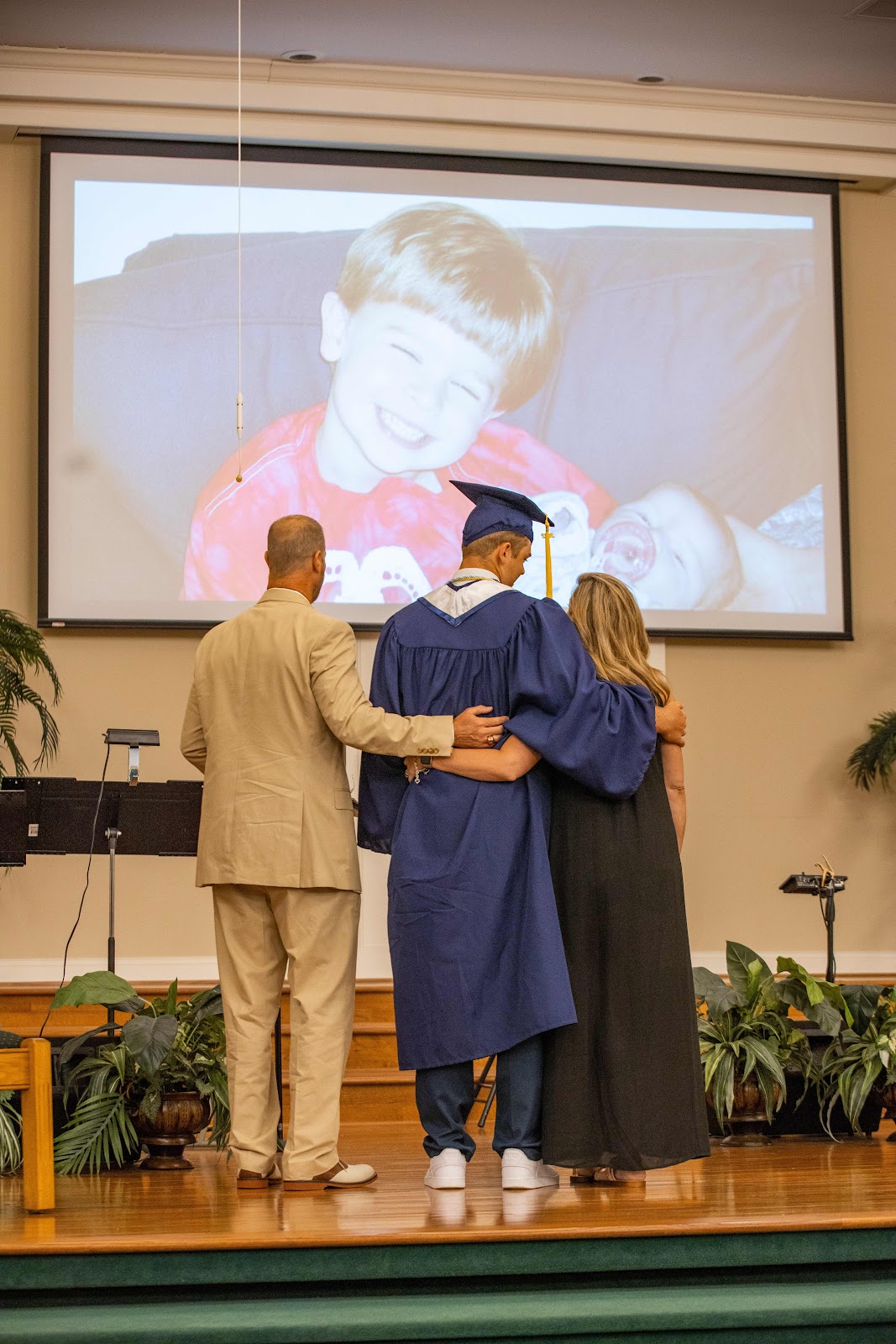 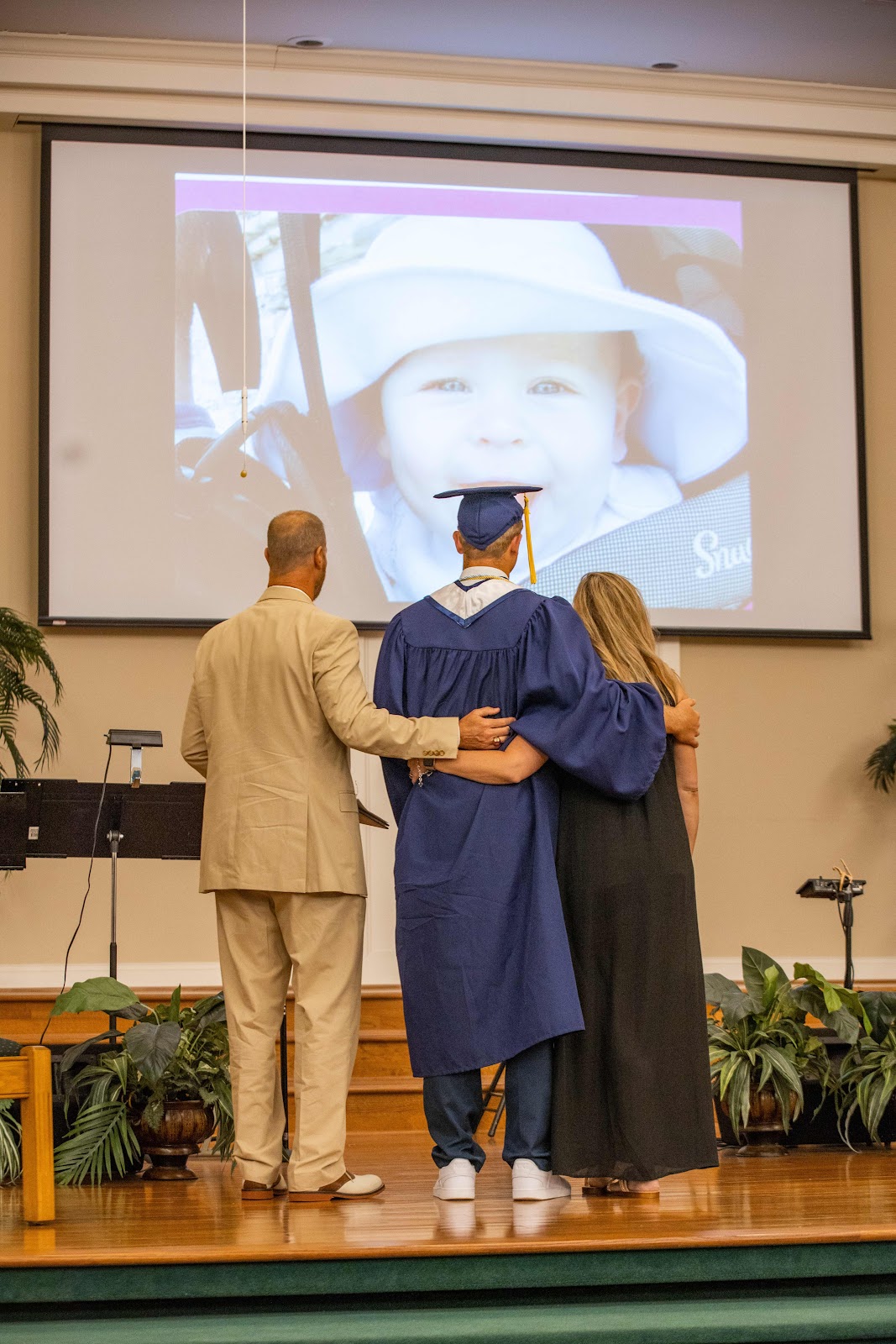 Wyatt was asked to play guitar for the service, too.  He played a song by his good friend and former guitar instructor, Justin Tweito. 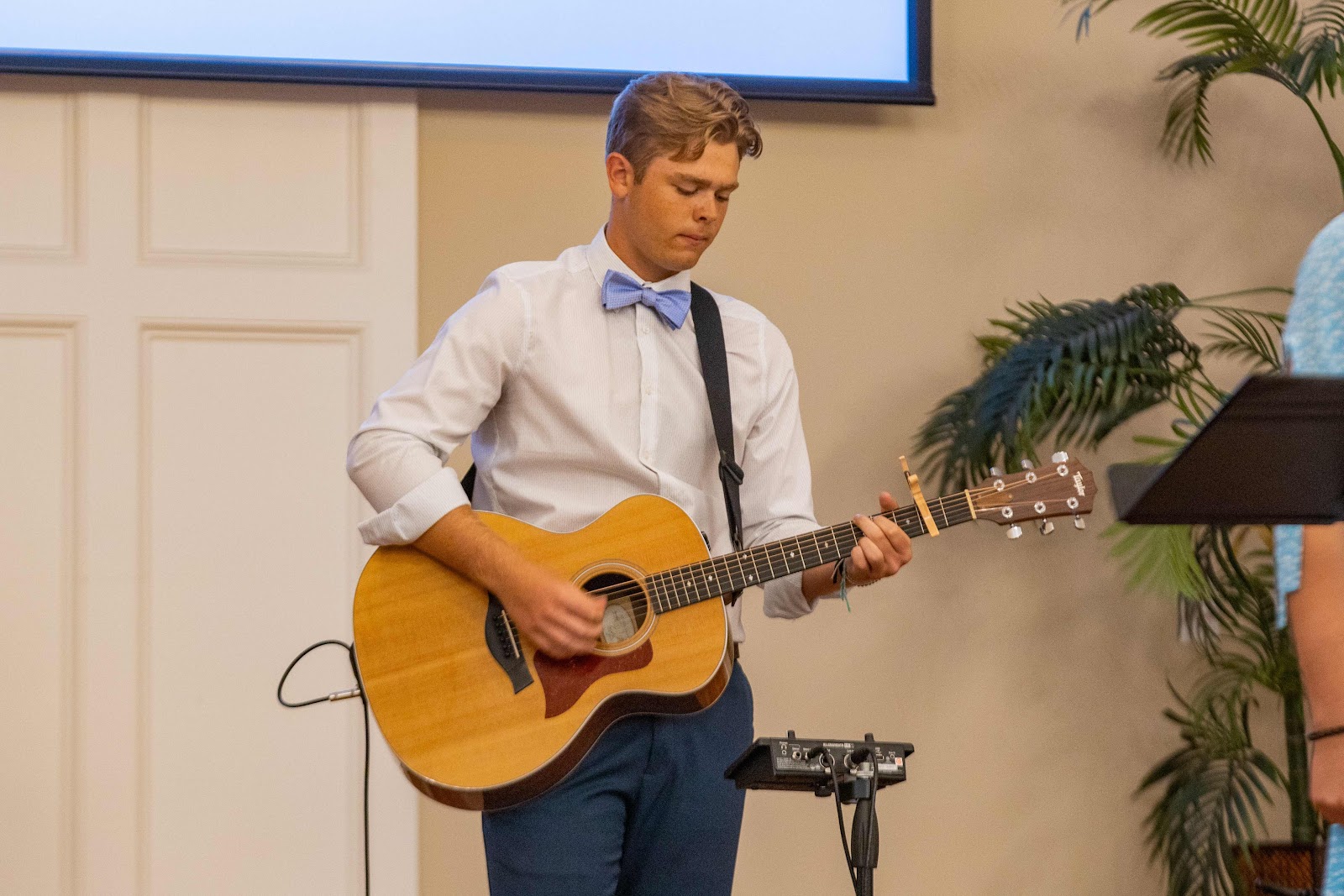 My handsome graduate! We went with a real bowtie {classically Southern} but his Dad had to tie it as we just couldn't figure that thing out.  ha! 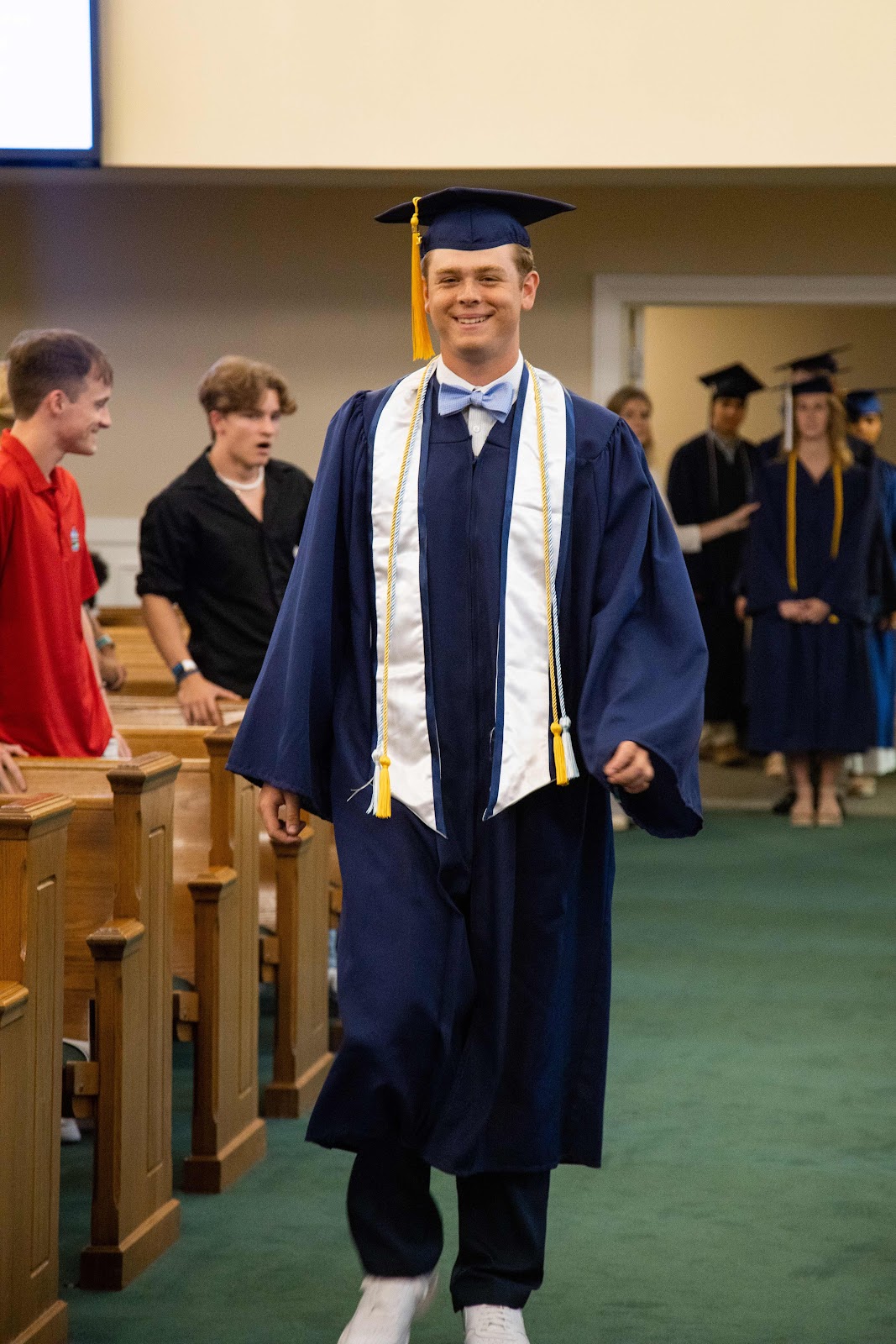 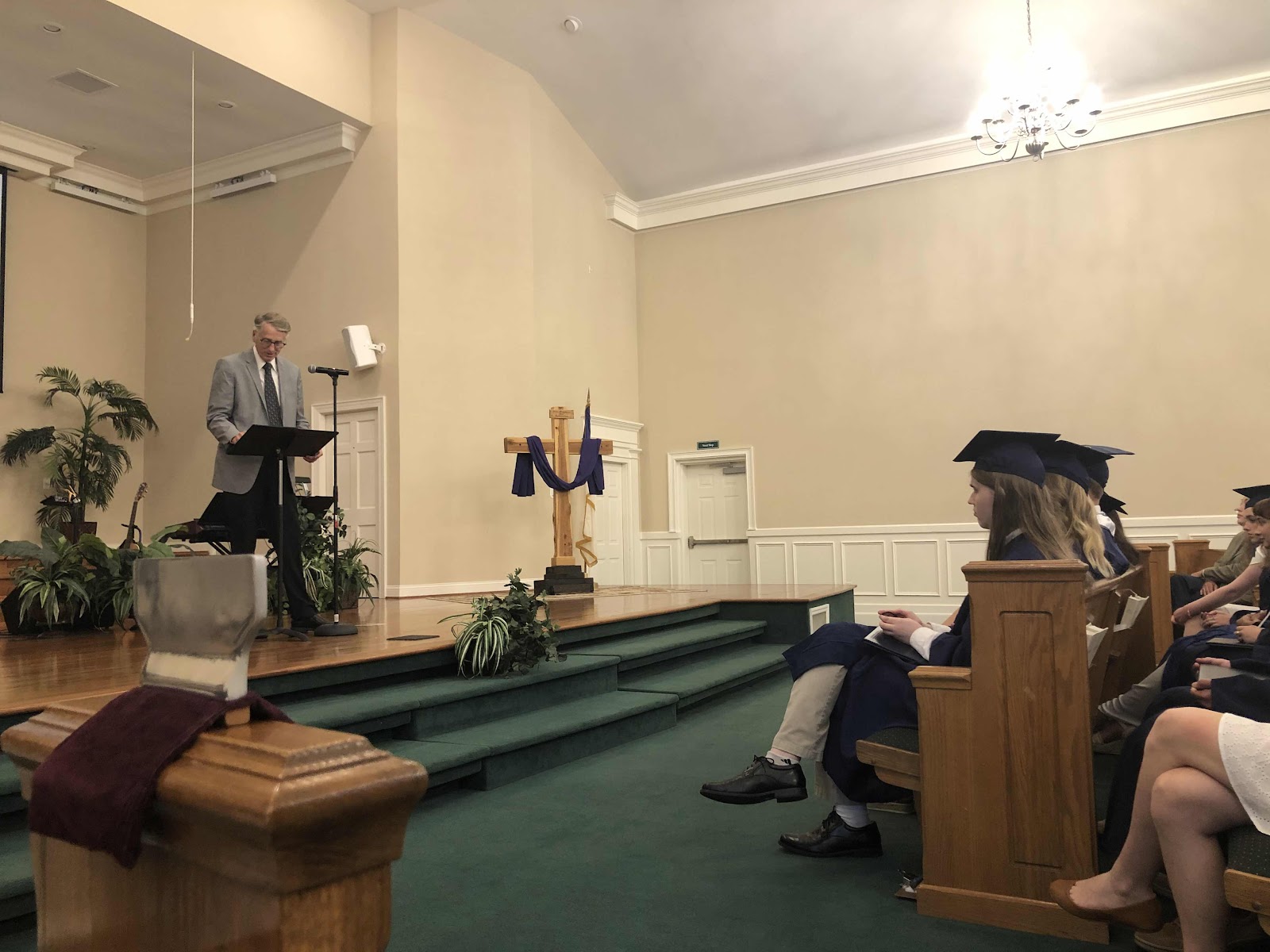 Our family...and those who came to celebrate! 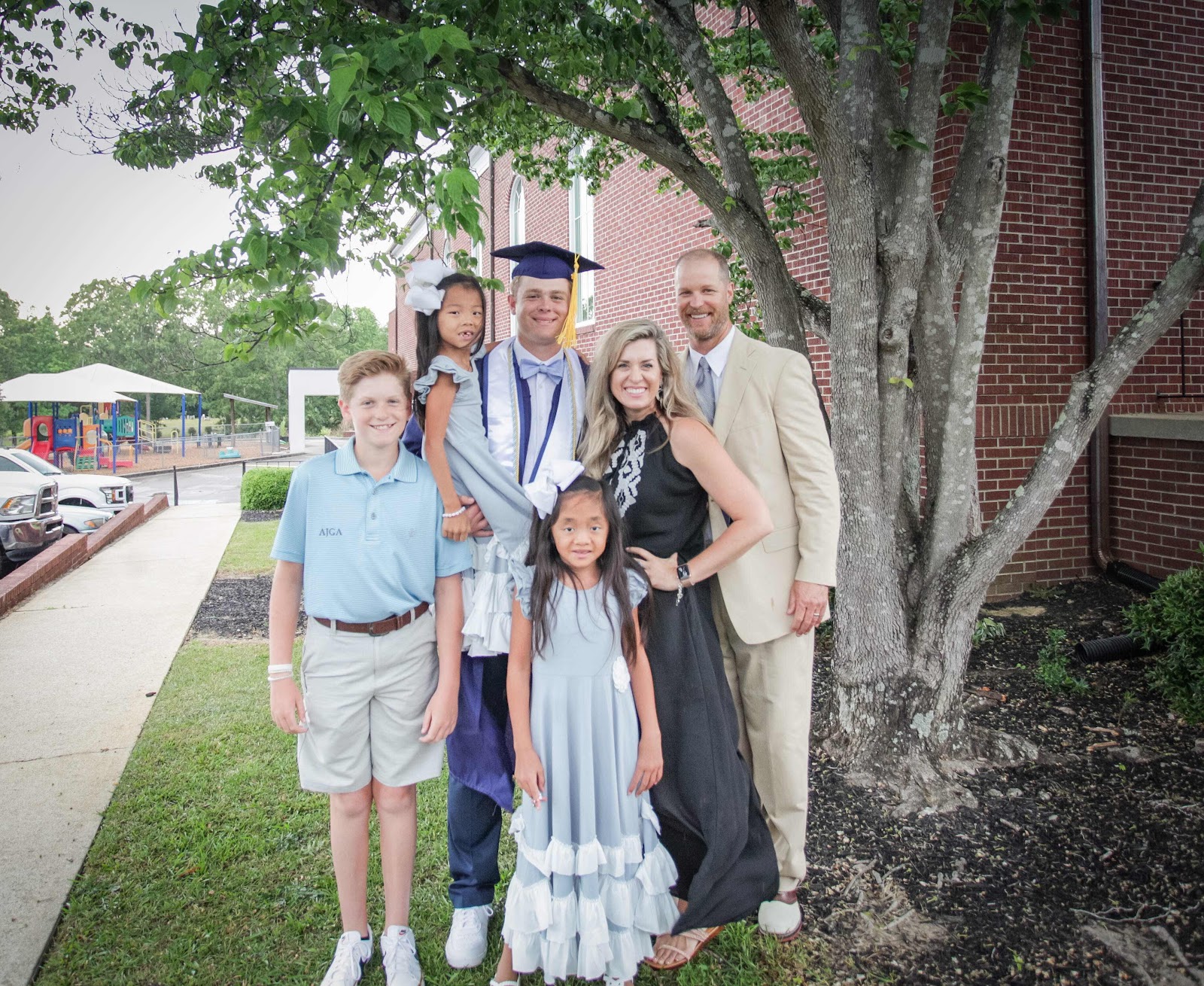 Wyatt with Grandaddy and Mimi 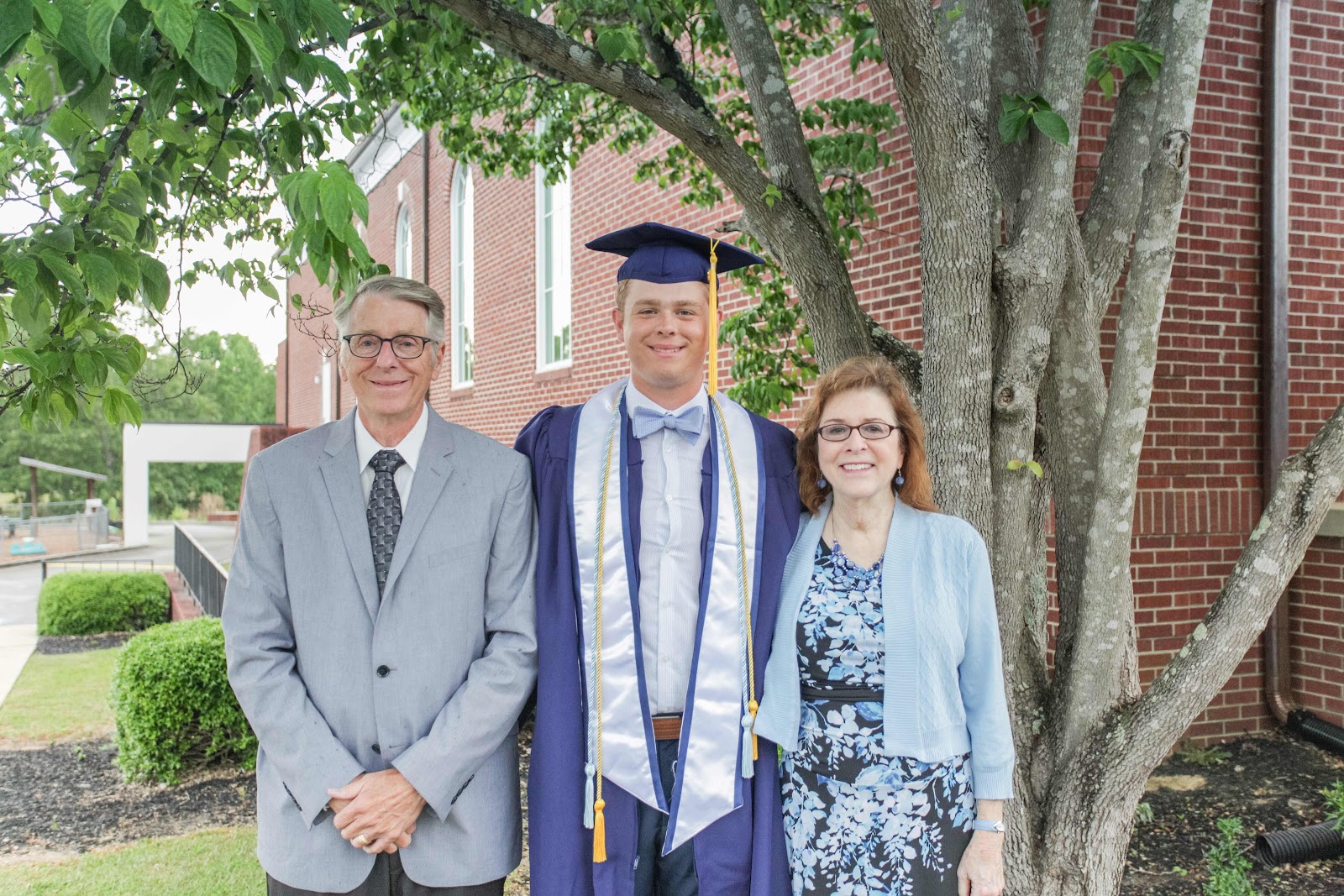 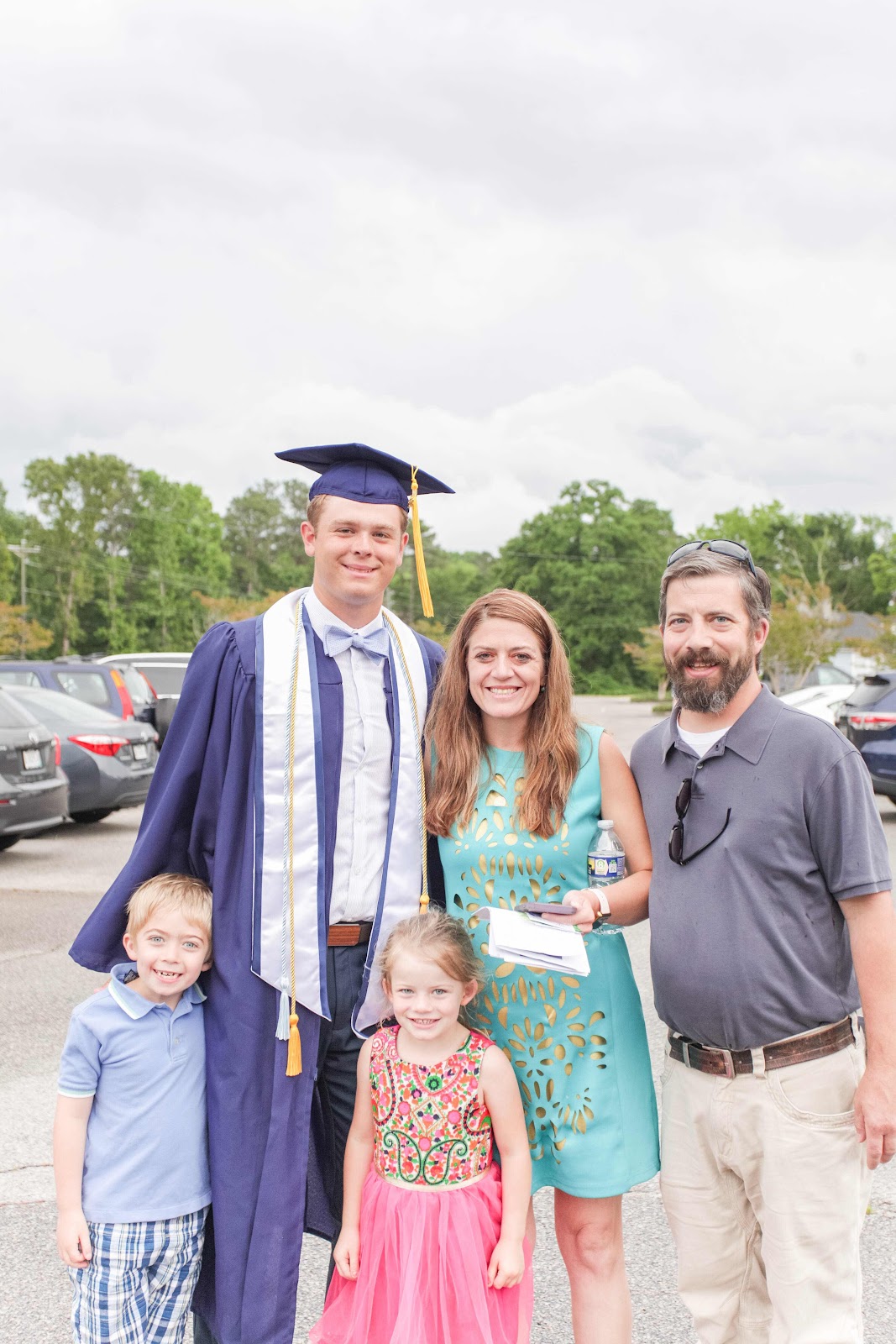 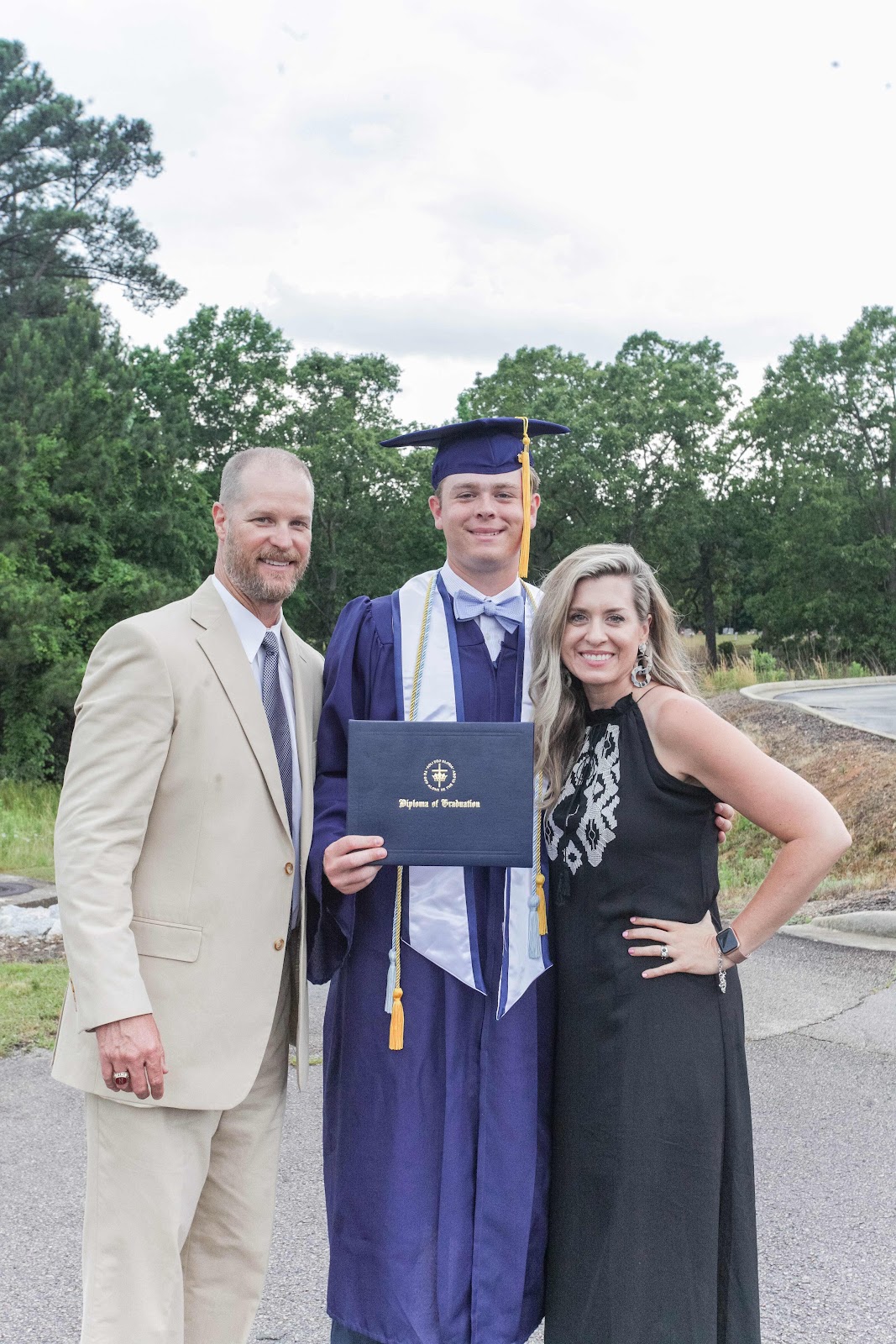 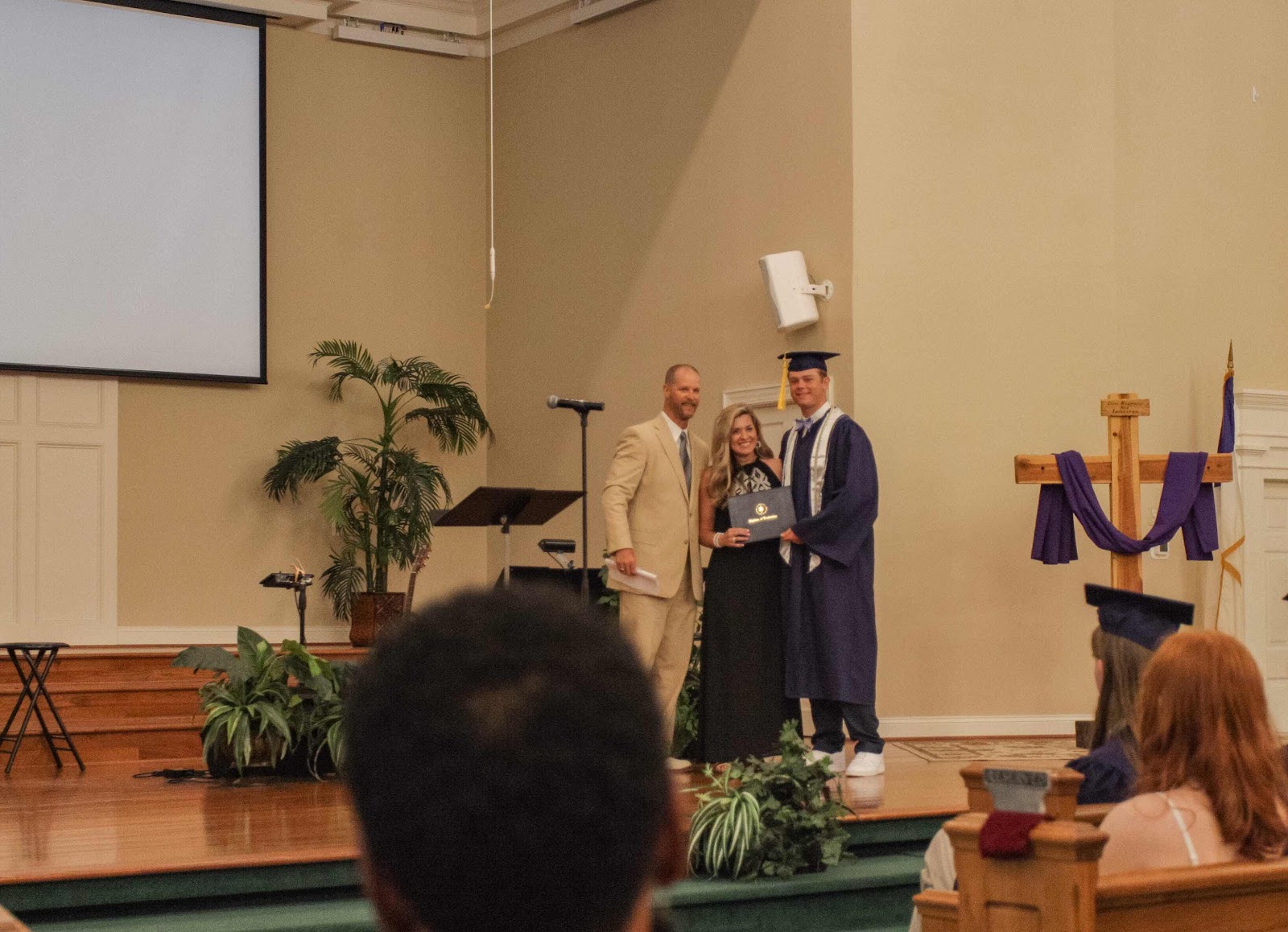 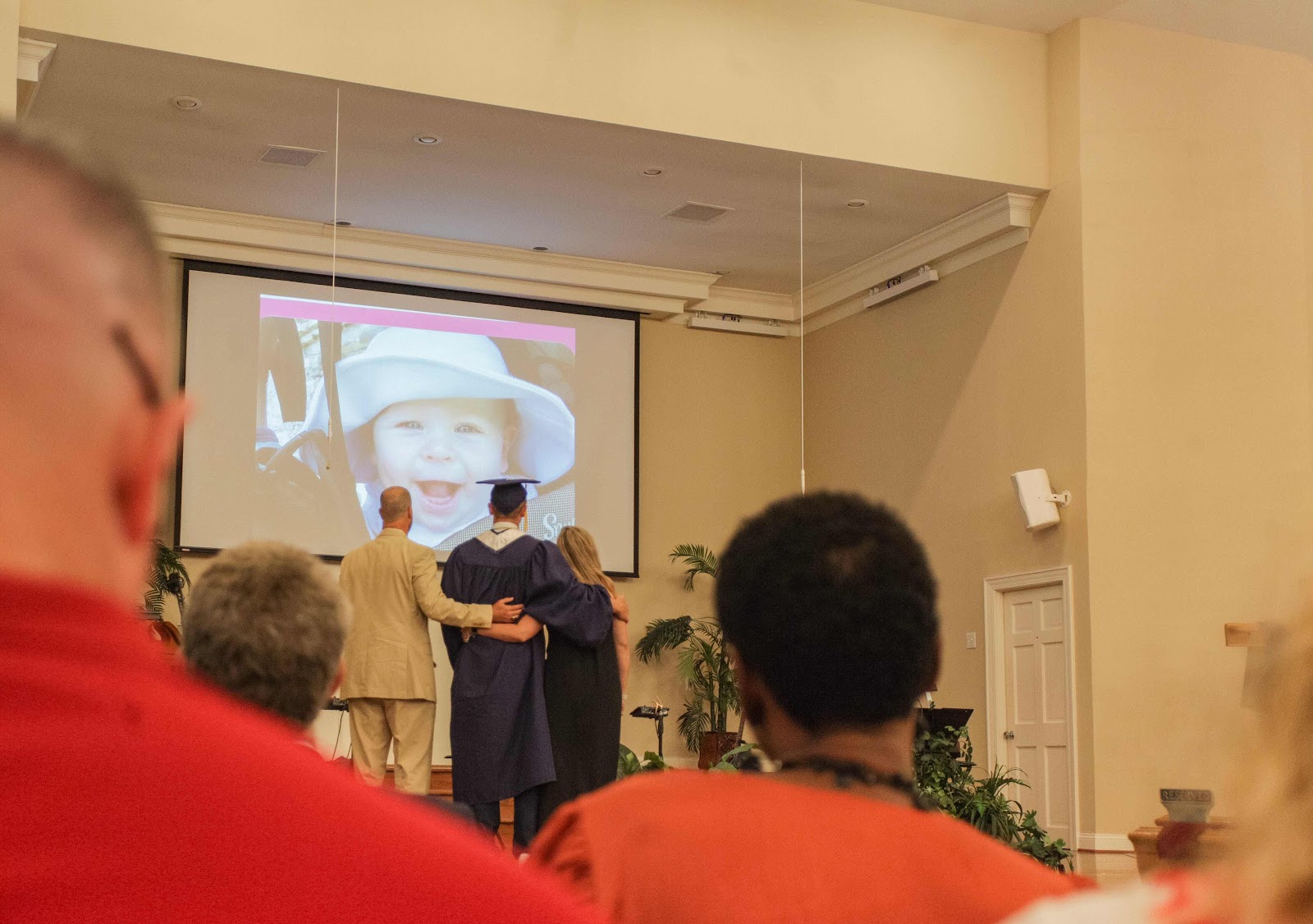 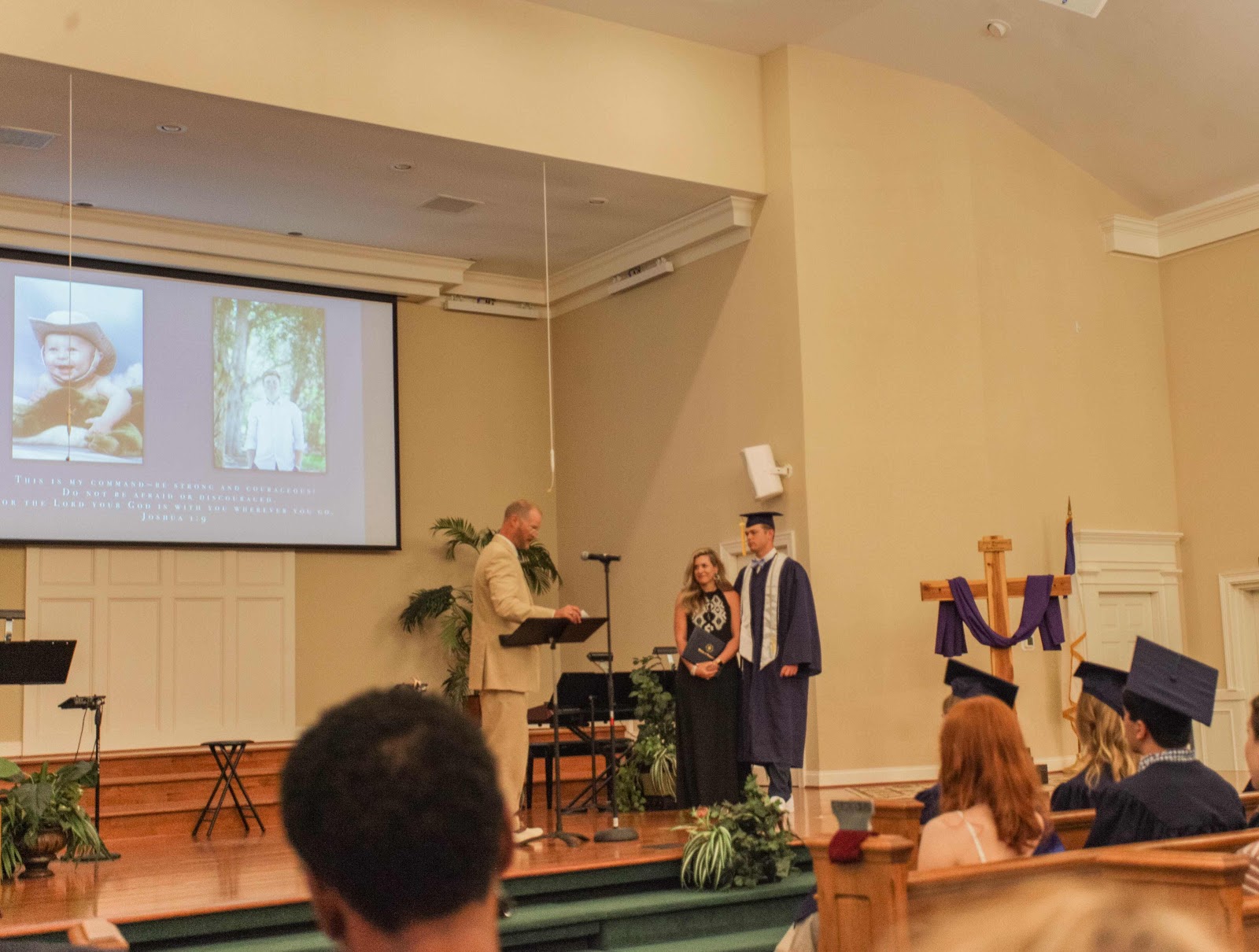 What a day of rejoicing!  God is so faithful!  I never imagined 15 years ago when I was pregnant with Annabelle and Scott threw out the idea of homeschooling my then 3 year old son that we would be here today.  We knew Annabelle needed protecting from germs with her broken heart and were trying to figure out what we could do to make our lives simpler.  God turned my husband's heart to home schooling and then He turned mine.  The journey has been long and hard but equally and even more so beautiful.  I wouldn't trade one second of it for anything else in the world.  I may not have 13 years of retirement in the bank, but our reward is in Heaven...and the audience of One who has always been our why is the only reward I've ever wanted. Wyatt has been the easiest kid ever to have as my first too- he has always wanted to be home schooled, works diligently, is a big fan of letting me sleep in especially in the early days when I was up all night with little ones {well, only because he also appreciates his sleep}, and gives me more grace than I deserve.  I apologize often for making all the mistakes on him.  We've clearly never done this before and he's the lucky one God gave us first to try to figure it out on.  His heart is pure gold and I still don't understand how he can be so gentle and yet so fierce.  He is a natural leader and the best listener.  It is our prayer that he trust Jesus to continue to mold him into the man He made him to be...and let those roots grow even deeper in both the mountain tops and in the valleys.  What a joy to graduate our first! Congratulations, Bubba!  With God's guidance and our eternal support, you are ready for this next glorious unfolding!