Last week we visited my hubby's alma mater for Wyatt to take a look!  He's been playing Legion Ball all summer on Newberry College's field so we wanted to give it a shot.  Overall, it was the shortest tour we've had so far and we really didn't get to see all we were hoping to since the tour guide seemed to want to give us the "I'm tired and it's Friday afternoon" special.  ha!  I do think if the tour had been more directed towards Wyatt and his interests it would have gone much better.  It's crazy how you begin to stack up the schools based on the tours.  We all were really hoping to love it but I think it just fell short for all of us.  Wyatt still has plenty of time to make a decision {and he's playing a prospect league this fall to see what comes of that, too} but I do think that good ole' Newberry just isn't making the list after this...which stinks because one of his best buddies is going there this year and there's so much history.  Who knows?!  Maybe things will change...but the tour was just not impressive! 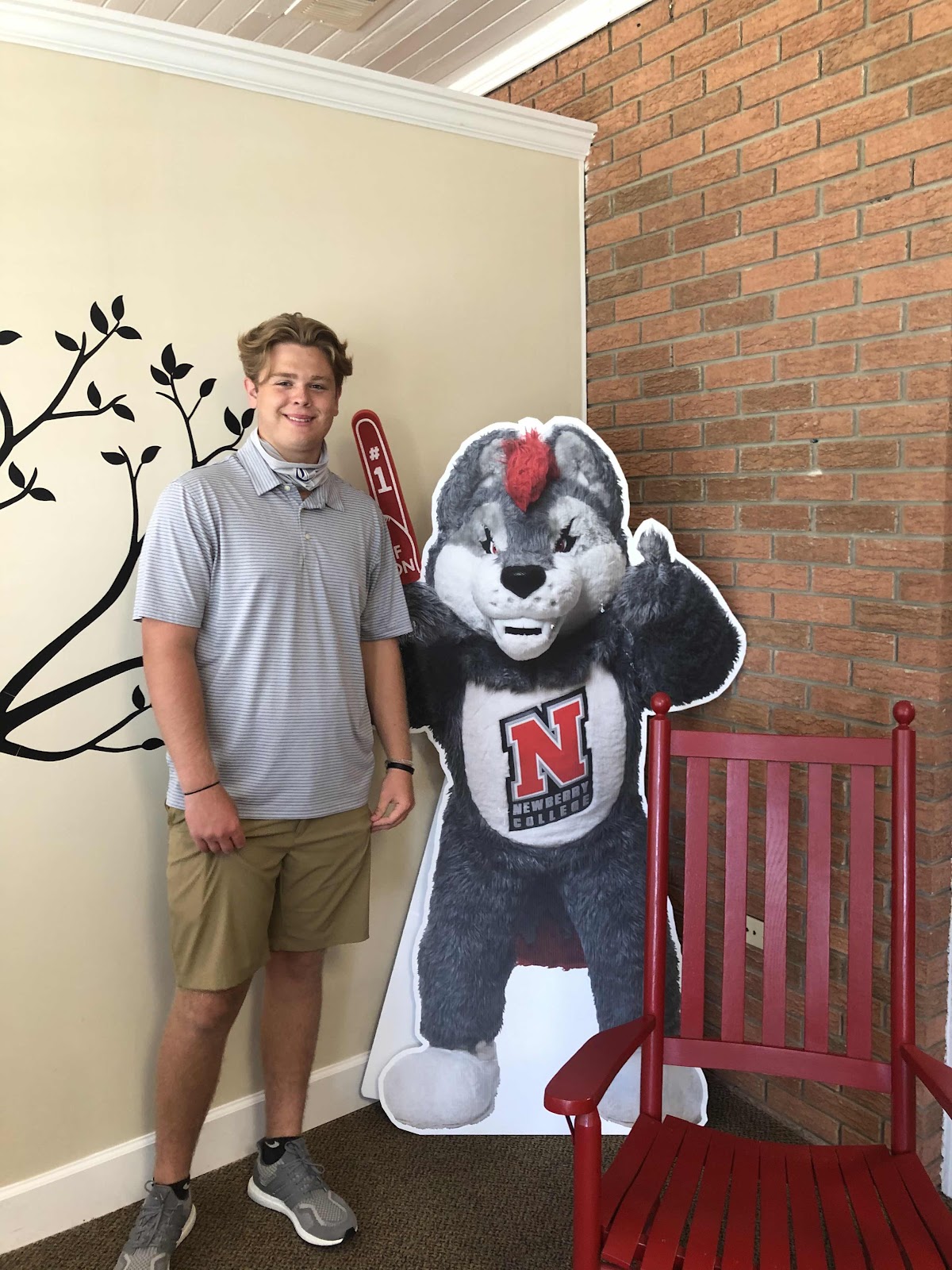 They used to be the Indians but are now the Wolves.  So, yep- gotta get a picture! 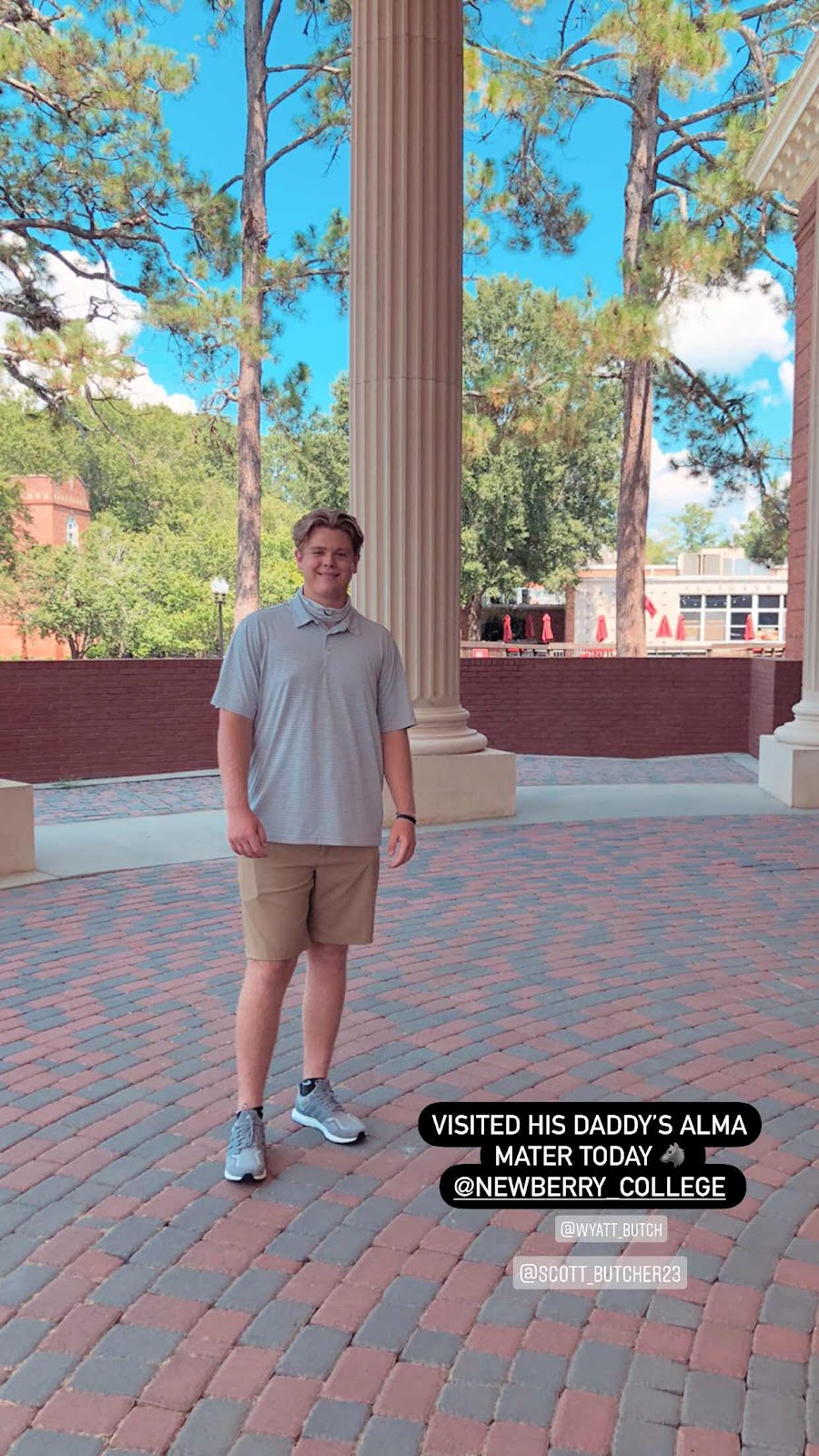 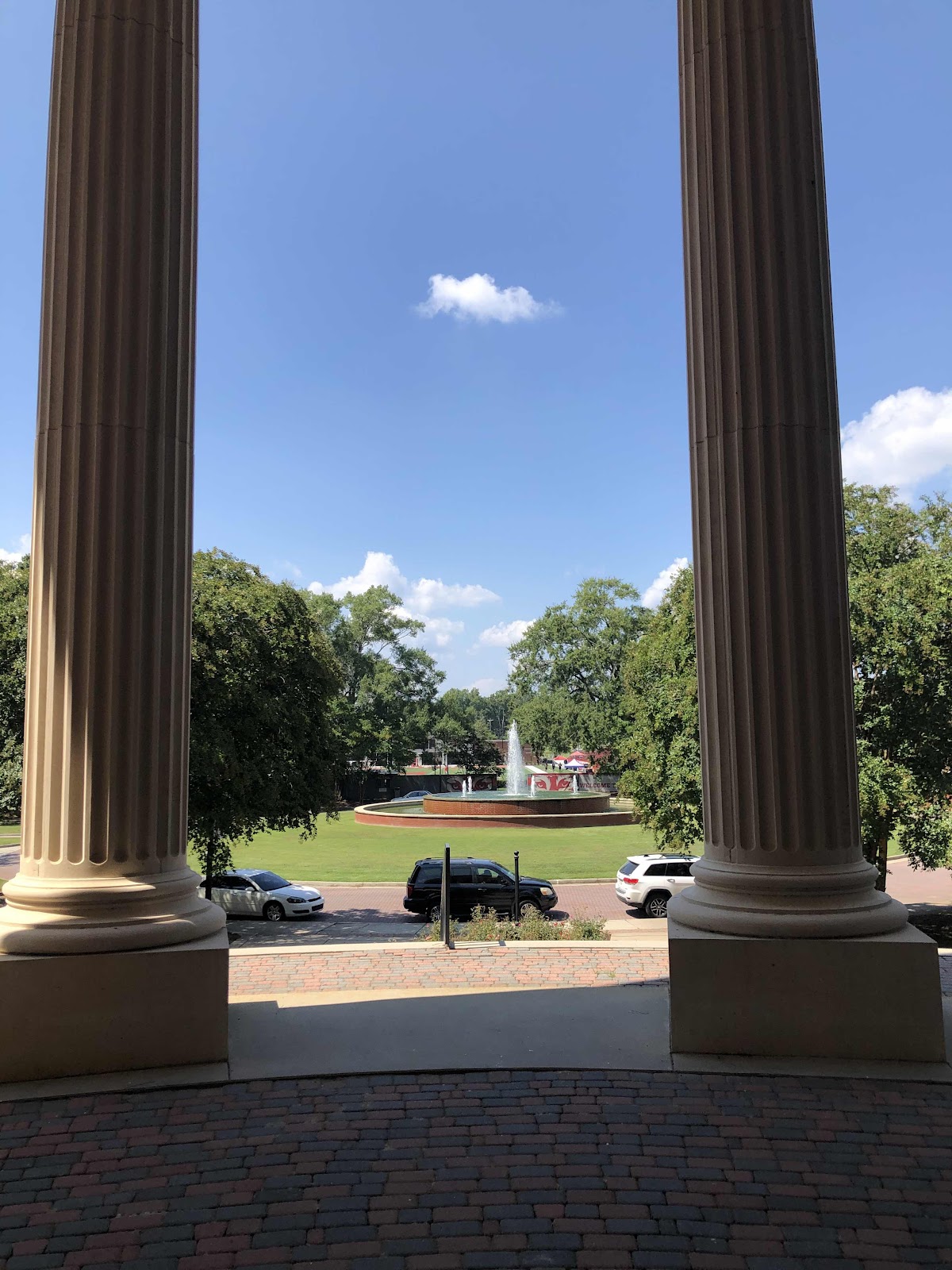 So funny how this was definitely one of the most beautiful spots on the campus but we were brought in first to a crummy old home/welcome center.  If it were me, I'd have this be the first impression...the fountain and wolf statue and all of these gorgeous columns!  Oh well...maybe I'll go into college tour planning one day! ha!