After a long day of baseball, we decided to pack up and head on to Seabrook after dinner to avoid traffic and get settled before Sunday...which is also Father's Day.  We celebrated Scott a few days early and had my Daddy over Friday night as well, but still had the kids make/get him cards to open this morning.  The winds were forecasted as "gale" and I wasn't entirely certain what that meant until we loaded up by 9 and headed across the street to the beach.  Oh my!  Everything was blowing everywhere!  It definitely made for some impressive seashell finds though.  We spent a couple hours in the sand and then got put in rain delay so we went in to eat an early lunch and then headed back out shortly thereafter.  The afternoon was warm but those gale force winds were whipping!  There's a strong line of storms coming through the South and being on a barrier island, we are kinda hit or miss.  But when they do hit, they are strong!

We did take the fancy camera out in the morning and got some fun shots...but left it inside to enjoy the afternoon together.  Dad chose Mexican for dinner and then we played an intense game of Jenga where we all agreed that Bubba should not be a surgeon after informing us that he was so nervous he just closed his eyes and pulled the block out.  THEN, AJ goes and pulls out her second tooth!  That girl is some kind of brave.  She has now informed me that she knows that I am the Tooth Fairy and she wants a "machine" to make "scarves".  Um, we are on a barrier island, sweetheart.  So, I asked her if she wanted money to take to Freshfields tomorrow and get a treat.  Thankfully, she's easy to please and was game! 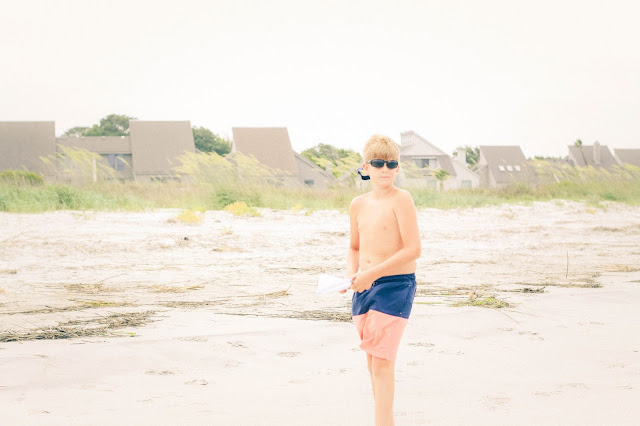 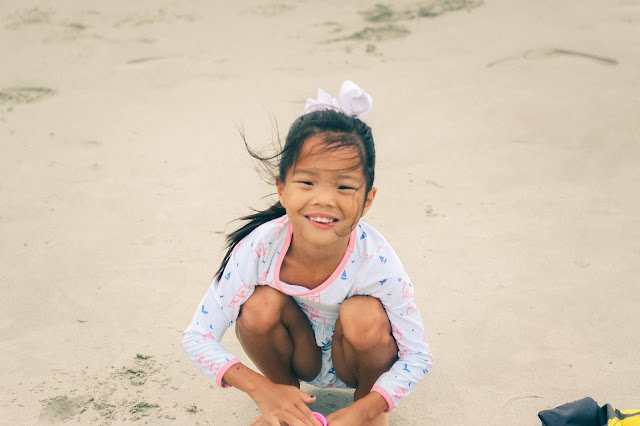 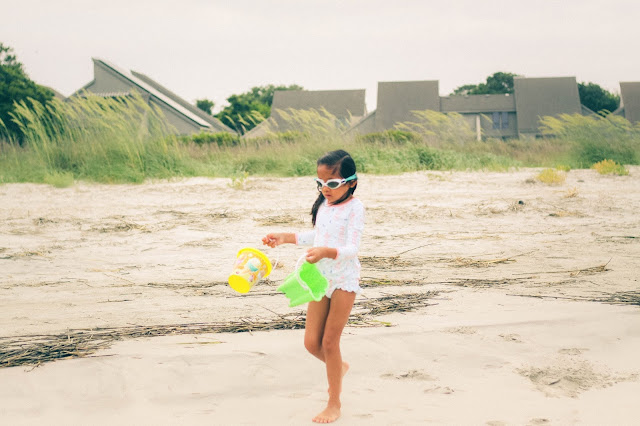 Last year, Panda came home with an embedding grain of sand in her eyeball.  It's still there.  Thankfully, not in her line of vision and causing no problem but she is followed by opthamology because of it.  This year, we are wearing goggles so she doesn't accidentally run more sand in her eyes.  She is completely unfazed. 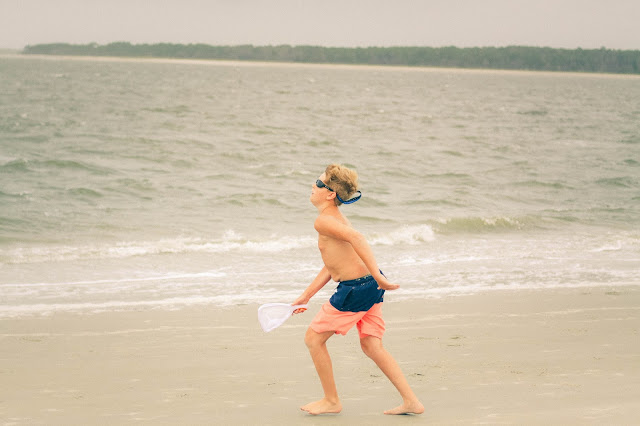 I found a game called Slingball on Amazon before we left for a fun surprise for the boys.  They LOVE it.  Highly recommend!  They played together and practiced slinging that little ball to get some fly ball fielding in as well. 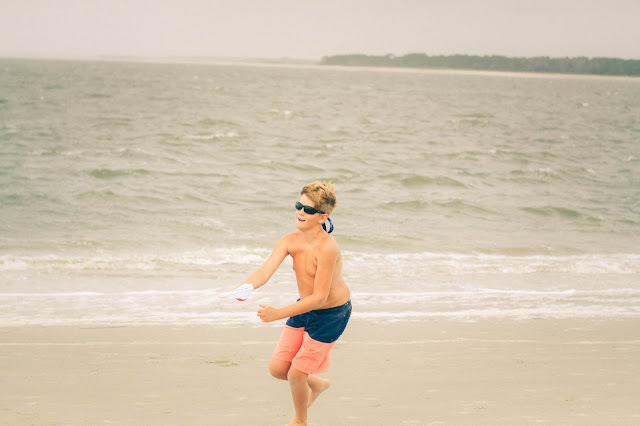 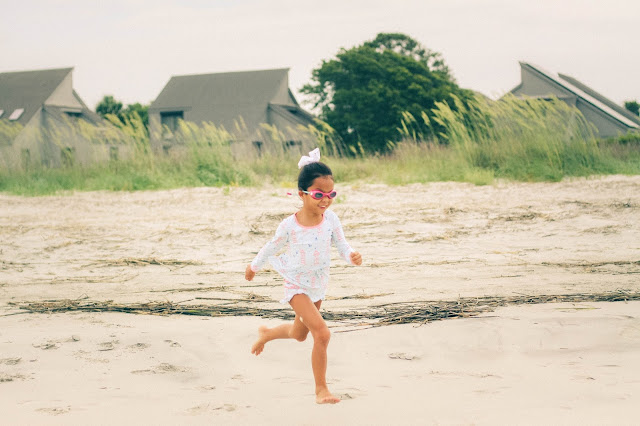 She ran in circles when we first got on the beach for at least the first 10 minutes yelling "I love the beach!".  SO excited! 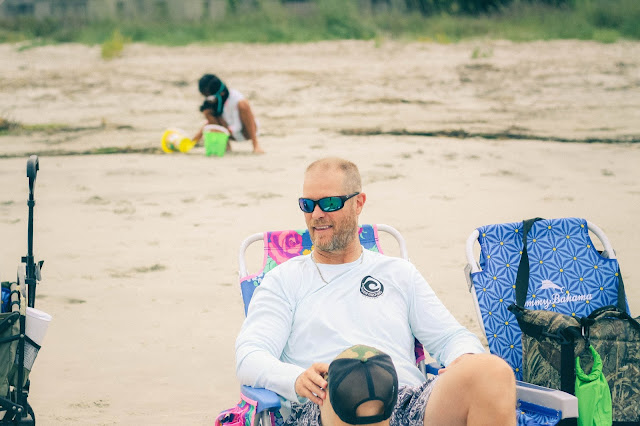 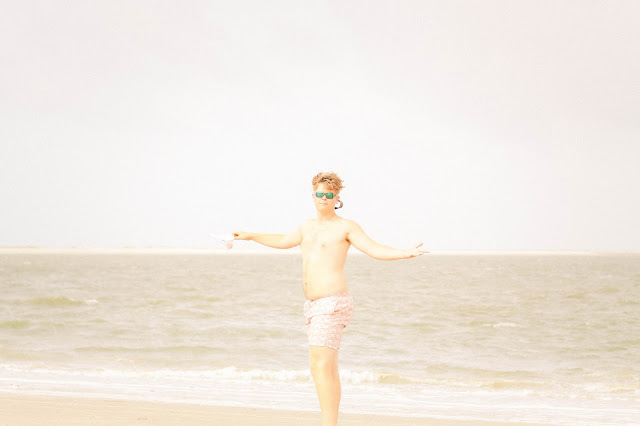 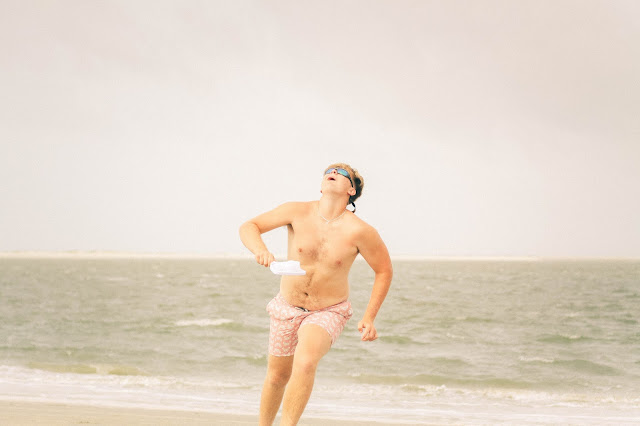 Even pitchers need to work on their fielding and glove skills and this is a fun way to do it! 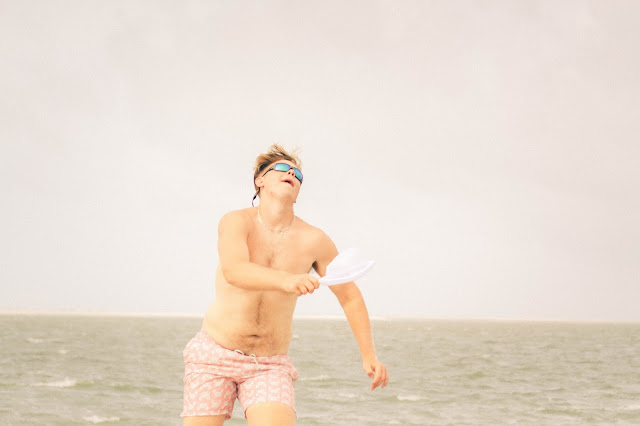 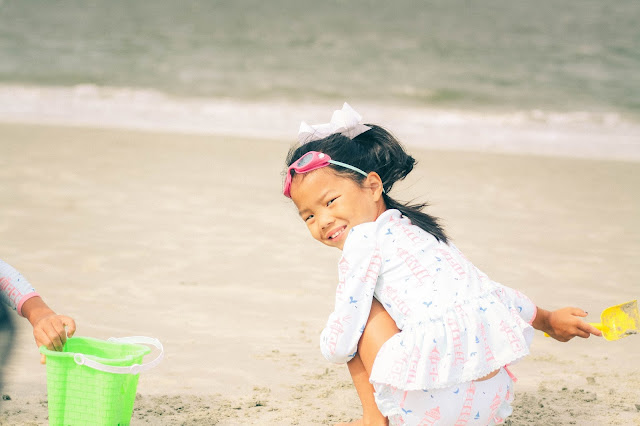 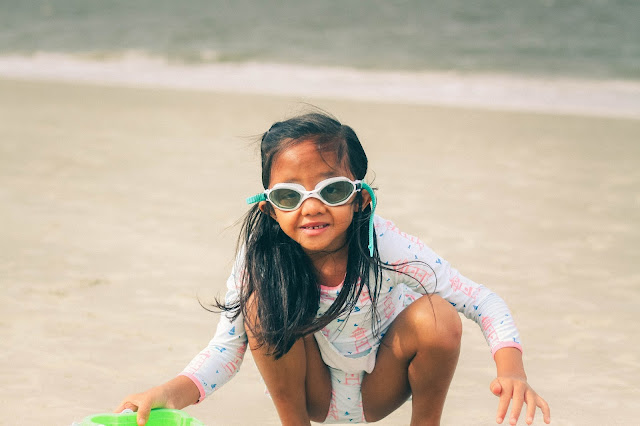 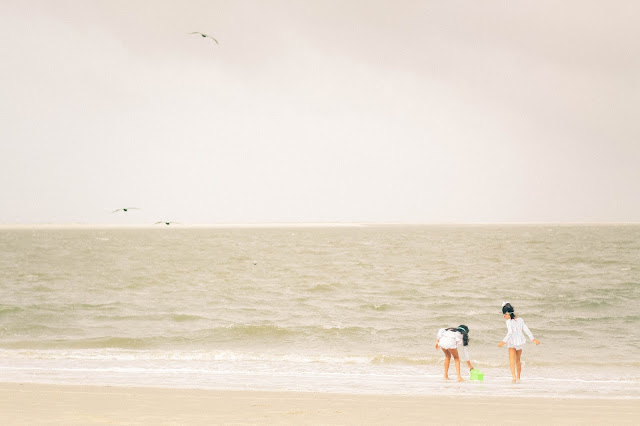 Another busy day at Seabrook...just kidding! We didn't have anyone within 50 yards of us in one direction and at least 1/4 of a mile in the other.  Truly paradise! 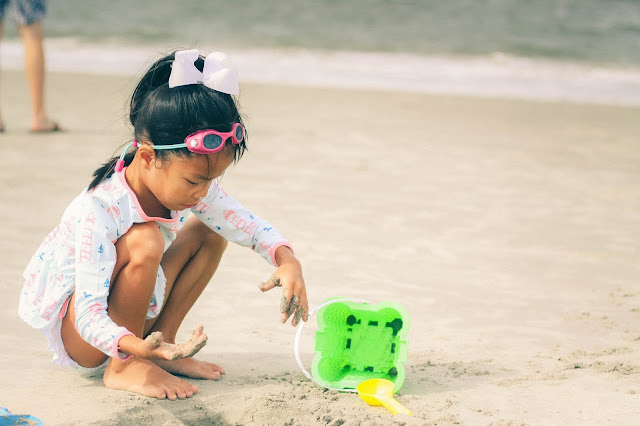 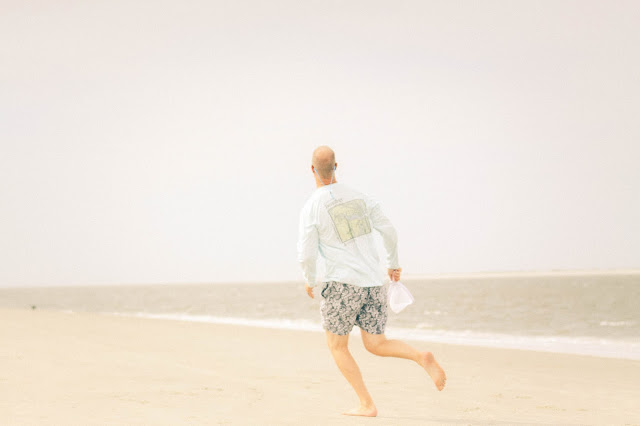 Dad even had to get some Slingball playing in! 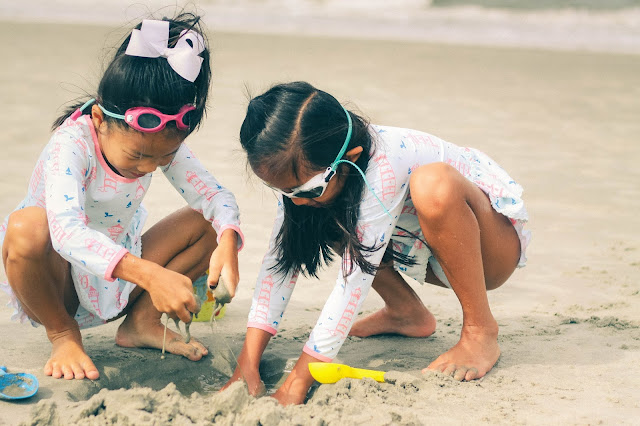 The girls and I took a walk to look for shells and with the tide still in, I didn't think we'd find many at all.  The girls were so happy with the few we would find here and there and within steps of me telling them how God has the best treasure hunts, we had more shells at our feet than I've ever seen in one place.  Both girls filled both buckets in minutes!  We know Who controls the tides and the oceans and all that lies within it...and Who takes complete delight in lavishing His children with His good, good gifts.
Posted by The B Family at 10:05 PM