I'm a *tad* behind on the 2 month update because...well, 2 months is kinda hard around here.  It will forever be marked as the time God gave us with our first baby girl and it's just an emotional trigger to face...even with hope.  It's like I get to 2 months with each kid and think "This is when she left...and I have no clue how I have managed apart from God's strength." But, His peace is enough...and He's using this 5th surprise baby to teach me joy in the freshest and deepest way possible.

A few new sayings/words for our AJ are...

"Dub-you" for Love you!
"Change a holla!" for Change my hiney {aka diaper}

She also repeats everything we say and is still very much speaking Mandarin too.  I thought for sure she would've dropped it by now but nope!  She says it like we have a clue...and google translate is becoming our best friend.  She understands just about everything we say now in English and will nod her head "ok" or "no" very confidently! "No" seems to be her answer for most everything...even though she may mean yes.  She's very much 2 years old and testing all the things! :)

One HUGE fear that she has had for the last 2 months is grass.  We realized this first in China when we took her to a nearby park and she screamed in terror at the grass and flowers.  She then promptly put herself to sleep to avoid this nightmarish, colorful world we had taken her to.  She had clearly never seen anything other than hardscape and any texture on the ground was weird!

We've learned with her to let things happen in her time...and typically she tends to conquer anything as long as it's on her terms.  So, the past few weeks, the concrete sidewalk at the ballpark has been an excellent babysitter at keeping her nearby...but on Saturday during Luke's All-Star game she decided to take a chance on the green stuff.  She's accidentally stepped in it once or twice but immediately would realize what she had done and step back on the "safe, solid ground".  But, life's about stepping into things that scare us sometimes and learning that they really aren't that scary at all...just the idea of it is what holds us back so often.  So, with her Daddy, me and her sister nearby...she took a step...and found that it wasn't so bad after all.  She managed a few steps in her own and then when her sister realized what she was doing...Panda girl took her baby sister's hand and together they conquered her fear.  AJ was so proud of herself and even sat down by me in the grass a little later on.

I just sat behind the lens and cried thinking how often I've been terrified of something...like grief and adoption and special needs...and how God has provided friends to come alongside and help me wade through each step of the way.  It still may be uncomfortable and perhaps it is supposed to be that way...but it's still manageable and JOY will still be found in those places...just like when AJ unexpectedly looked up at me with her smile...so proud of standing on the thing that once scared her.

Which leads me to the first conversation I had with anyone about this sweet surprise...

We hadn't told a soul {aside from a few that had reviewed AJ's file with us & knew beforehand of her situation} but my Daddy called me randomly one day to meet for lunch.  The boys were somewhere so I told him it'd just be me and AG....a totally rare treat to only have 1 little one in tow.  As soon as we sat down in the back corner of our local Chick-fil-A, he said "Are you ok, Rebecca?"  I had tears come to my eyes and I said "No, I don't think so."  He then said "You are adopting again, aren't you?"  I asked how he knew and he said that he could tell I was scared of something that I knew I had no other choice but to do.  I told him things were comfortable and somehow manageable again and it just scared me to adopt again with all the surprises we got with AG.  I told him how we didn't have another bedroom and how full my hands already were...and then I told him that I knew anything other than saying "Yes" was disobedience.  And it scared me.

He then proceeded to tell me a story he hadn't ever shared before about God's call on his life to go into the ministry.  I was 2 years old and he had worked for a few years as an officer with the Department of Corrections.  He said that The Lord clearly had led him to ministry and when he went to tell his parents, his dad didn't understand why he would leave a secure, reliable job to take a chance on going back to seminary and then into something like the ministry.  He left their home with my mother and me devastated.  He so clearly wanted his father's approval but knew he had to do what The Lord required of him.  He said that later on that night, his mother {my grandmother} called to tell him that she was proud of him for listening first to his Heavenly Father...and that she would make sure that his daddy came around. {He did & was so proud of his son.} My dad encouraged me to do what my Heavenly Father required and trust that He'd take care of the rest.  I will never forget that testament of faith shared in that moment...and of how the most important thing to my dad was that I was choosing Jesus' will over my own.  He said "It doesn't matter what I think.  What matters is what God wants."...he gave me the greatest gift in that moment...

I sat at that table in the corner listening to him share this story...and my eyes welled with tears that it was my grandmother who spoke Truth into his life at that time...as we had already chosen Ailee James' name...and it was after her.  My daddy's momma was Eileen but I had seen it spelled Aileen as well and we wanted to keep the A names for our girls.  We dropped the "n" as it just was too much with the double name.  And then I looked up the meaning..."Light, JOY"

The Lord continues to reveal His joy through this girl...she is light and joy in every sense of the word!  She makes us laugh nonstop and is the absolute funniest!  She wakes up happy and giggles more than anyone I know.  And I cannot imagine our family without her in it!

Two months of forever looks so good on her...and oh the work He's done on both our hearts in this time.  It's good to trust Him...even when we are scared...it's there the deepest joys are born. 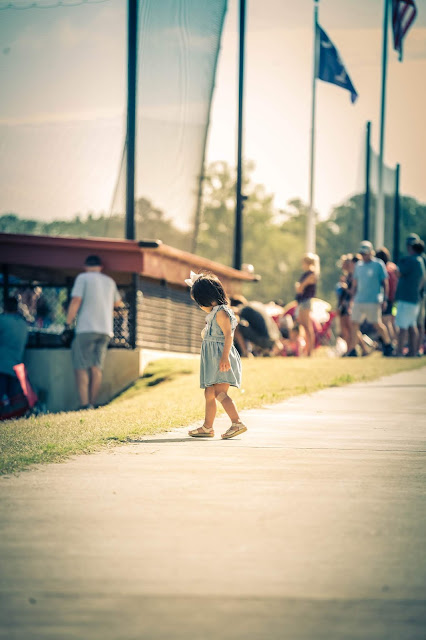 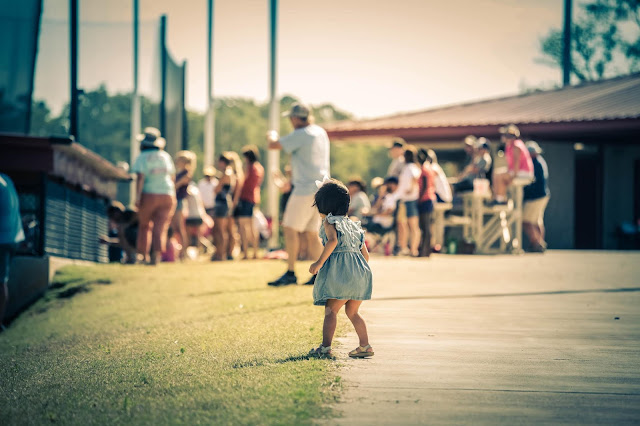 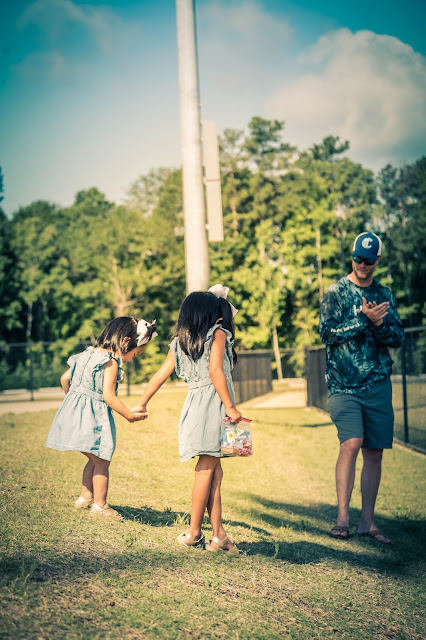 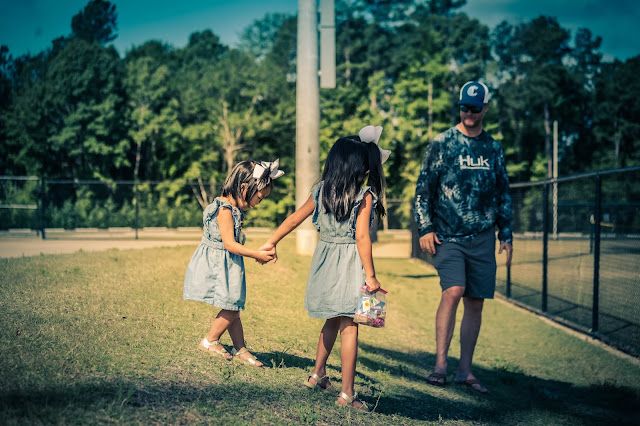 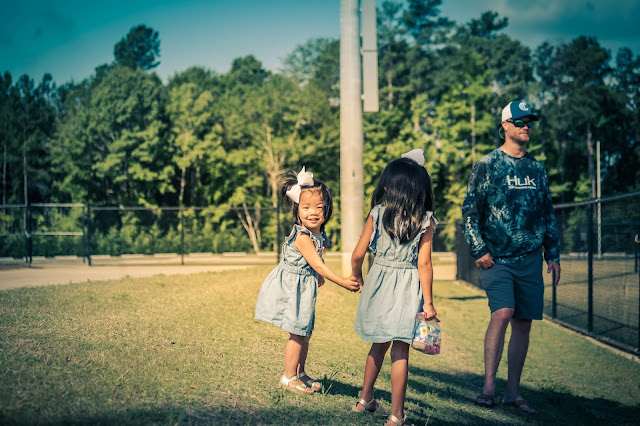 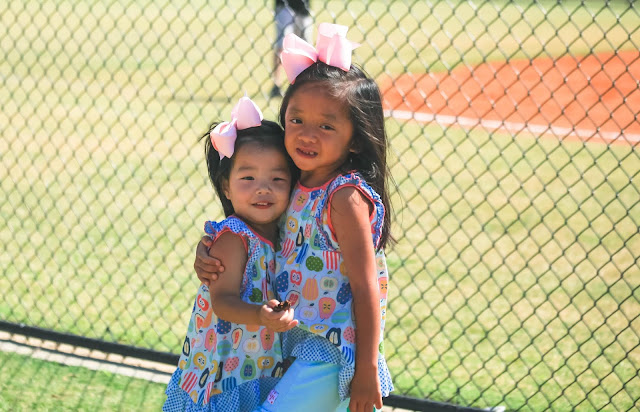