Before we'd ever laid eyes on her, we knew she was always meant to be ours.

From the timing of receiving her file to the special needs listed on that page to her tender age...saying no was never a thought.  Sure, there was uncertainty and fear...after all, we were stepping out in complete faith and that's a pretty scary place to be for a control freak like myself.  However, there was always an underlying peace that this was just right.

I'd like to tell some glorious story of how easy the attachment has been, but I'd be horribly lying.  Our daughter spent some of the most formative times of her first 16 months lying unattended on her back in a silent institution and that has taken a toll.  She's incredibly brave and she's doing amazingly well.

But, let me take a moment to be completely transparent.

The struggle with attaching has not been one sided.

Yes, there was an immediate love for her that is indescribable.

Yes, this is a mama bear protective natural instinct that began the moment I laid eyes on her.

And, oh yes, I loved her beyond what any words could express before I had even met her or knew her name or saw her face.

But, just as much as God gave me a love for her, He also impressed something undeniable on me within moments of our saying "yes".

Her file read a mild heart condition.  Something we knew a lot about and received excellent information regarding. But, still...I knew there was more.  He impressed it on me hard.

Letting these walls down is not easy...and even more so when your gut just screams that something else...something more is going on.

We pressed on...in faith...that the One who called us to her is faithful and that all things truly do work together for our good and His glory.

Within one hour of having my daughter placed in my arms for the very first time on the complete opposite side of this world, we were given hard news.  A new report from her orphanage.  A regular visit to the doctor for immunizations that prompted more testing and left us with even more questions.

Was this it?  Was this what I'd always had that gut instinct feeling about?  In that moment, we thought it was.

Scripture came fumbling out of my mouth...For I know the plans...

..."I need to know now so we can have the paperwork ready for tomorrow."...

She laid peacefully asleep in her father's arms for what may have been the first time in her life.  I had to hold her in that moment.  She snuggled on me.  I stroked her hair away from her face and thought "Oh God, what are You doing?  I cannot handle this.  I'm just asking for this to be easy.  Haven't we suffered enough???"

I had heard about disruptions and adoptions that were not completed but I never imagined that would be our case.  I also didn't fathom we would have received the news we did that day.  Our boys were doting on her...clearly in love...and we were, too.  The transition into my arms not even two hours prior was flawless.  She came right to me as though she had known that was where she always belonged.

As I glanced across the table to our precious new friends who we were now forever bonded to after having just given birth together in a cold room in the Civil Affairs office, we replied "yes, she is the child God had for us regardless."   I don't get this.  I don't like it.  I really really really don't know if I want this road but there is no way she's going back.

An hour later, I was changing her clothes and learned of yet another thing not mentioned on her file.  She has a little pigeon chest.  Knowing what I knew from all the genetics testing that we had gone through in years previous, my mind immediately goes to some sort of link...I start wondering if this is all somehow connected.

And it scares the mess out of me once again.

I shut down.  I wept.  I was afraid to bond.  But, I forced it.  I wore her in the Ergo nonstop.  I was forcing my heart to overcome my head.  We spent days communicating with specialists via email and finally resolved to just enjoy our time there, focus on taking in each moment and worry about the rest when we get home.

...and believing that, even in the midst of such confusion, God doesn't make mistakes.

We started at the beginning...finding out that her heart did not need open heart surgery as once thought.  We had xrays done of her chest {assuming at one point that rickets may have caused it} and everything seemed to be structurally normal.  We began therapies for speech and early intervention and occupational therapy.  And she rocked them all.  But, that gut instinct was still there...all of this is good but something is still going on and being missed.

After transferring to a new pediatrician and having him pray over her and listen intently to my heart, we decide to see a geneticist.

7 weeks between our first appointment with genetics and receiving the test results back and now we know.

Our beautiful Andie-Grace has Noonan Syndrome.

Another syndrome.  Another time that word is used to describe one of my children.  Another checklist of specialists.  Another list of questions and what ifs and why.  Another time in my life that I just don't get it.  Doubts raised...fears acknowledged.

Now we know.  This does not define her.  It is only giving a name to the symptoms she has.  She is so much more.  But, now we know.

It's taken this momma's heart nearly two months to accept this news...and I am still struggling with it.  It means more appointments and more baselines to obtain and more things to watch for in the future.  More than that, it means that she's suffered with numerous things never mentioned in those 20 pages that first gave us a glimpse at our daughter...and in those months, she was lying alone through what were most likely her hardest times.  "The first year is always the worst"...is what we've been told...yet she had no one.

My heart breaks at the mere thought of what she's been through...and, even more, at what her future would have been had she been diagnosed earlier.  I truly question if she'd ever even had her file prepared or if, knowing this, anyone would have ever said yes.

But, are we ever thankful that we did!

Noonan Syndrome has various degrees of needs...and we are learning as we go.  So far, she seems to be a pretty mild case.  We'll be seeing more specialists in the coming months though and know that the God of Angel Armies is going before and standing behind.

Trust me, there have been some pretty hard moments where I've completely lost faith in what He's up to...and why in this world our family has yet another syndrome to learn about.

Is this really His plan?  Did we say yes too quickly?  Is this the child He really had for us?  Is He truly sovereign...in all...through all?

And then I researched Dr. Jacqueline Noonan herself...a pediatric cardiologist who first started noticing similar features in some of her patients which eventually led to the discovery of  Noonan Syndrome...She was also the first and original describer of Hypoplastic Left Heart Syndrome.

{I'm pretty sure God got a good chuckle out of seeing our jaws drop on that one!}

It is His plan.  We said yes because she was ours and He gave us that peace...just as He planted that seed in my soul that there was something more.  He'd grafted her into my heart before I even knew it.  And, He is the Sovereign God...weaving all things together for our good and His glory.

God doesn't ever, ever, ever make mistakes.  If you don't believe me, just look at this little sassy 2 year old miracle...  She is every bit of perfection...mutated gene and all! 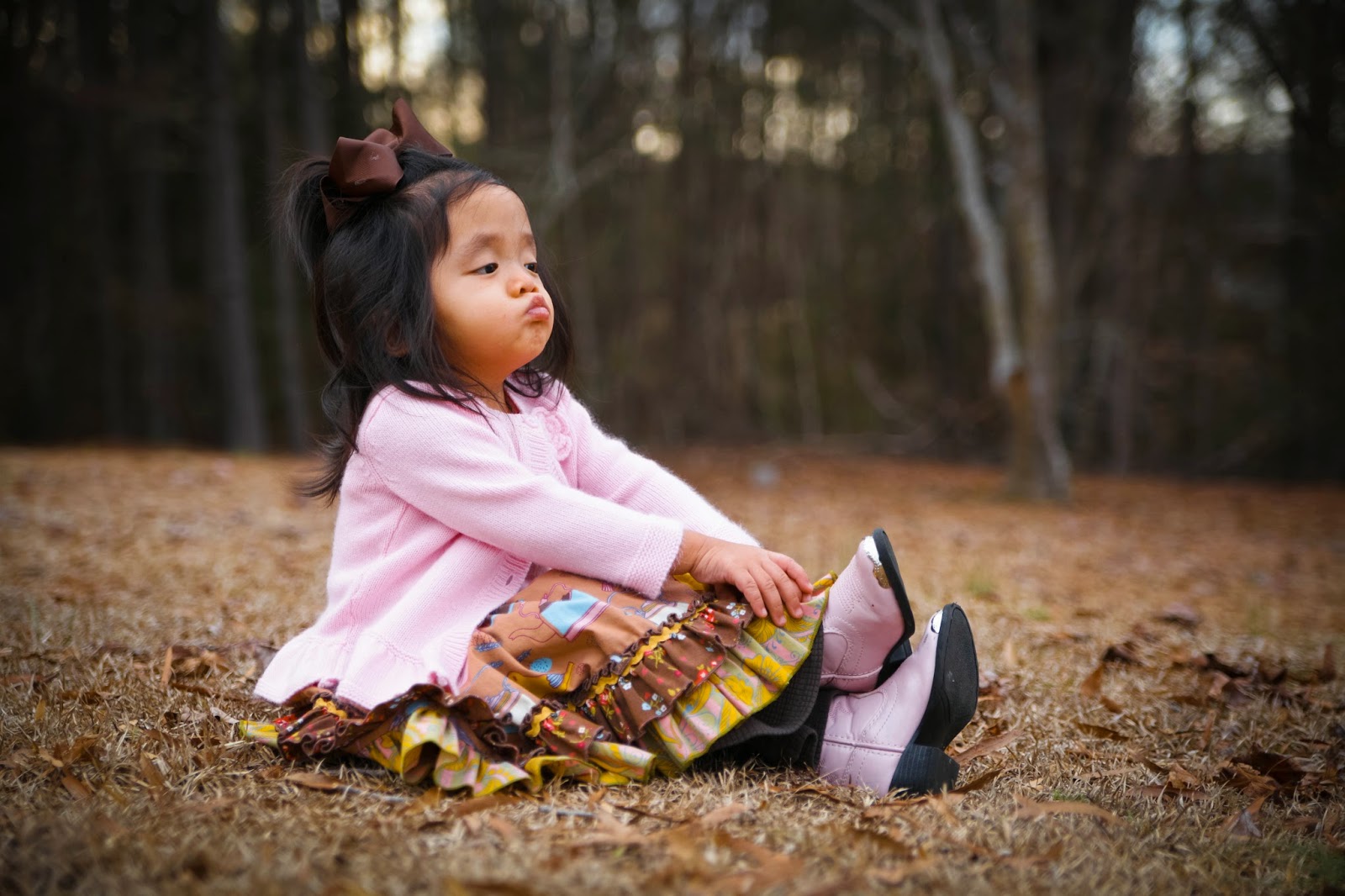 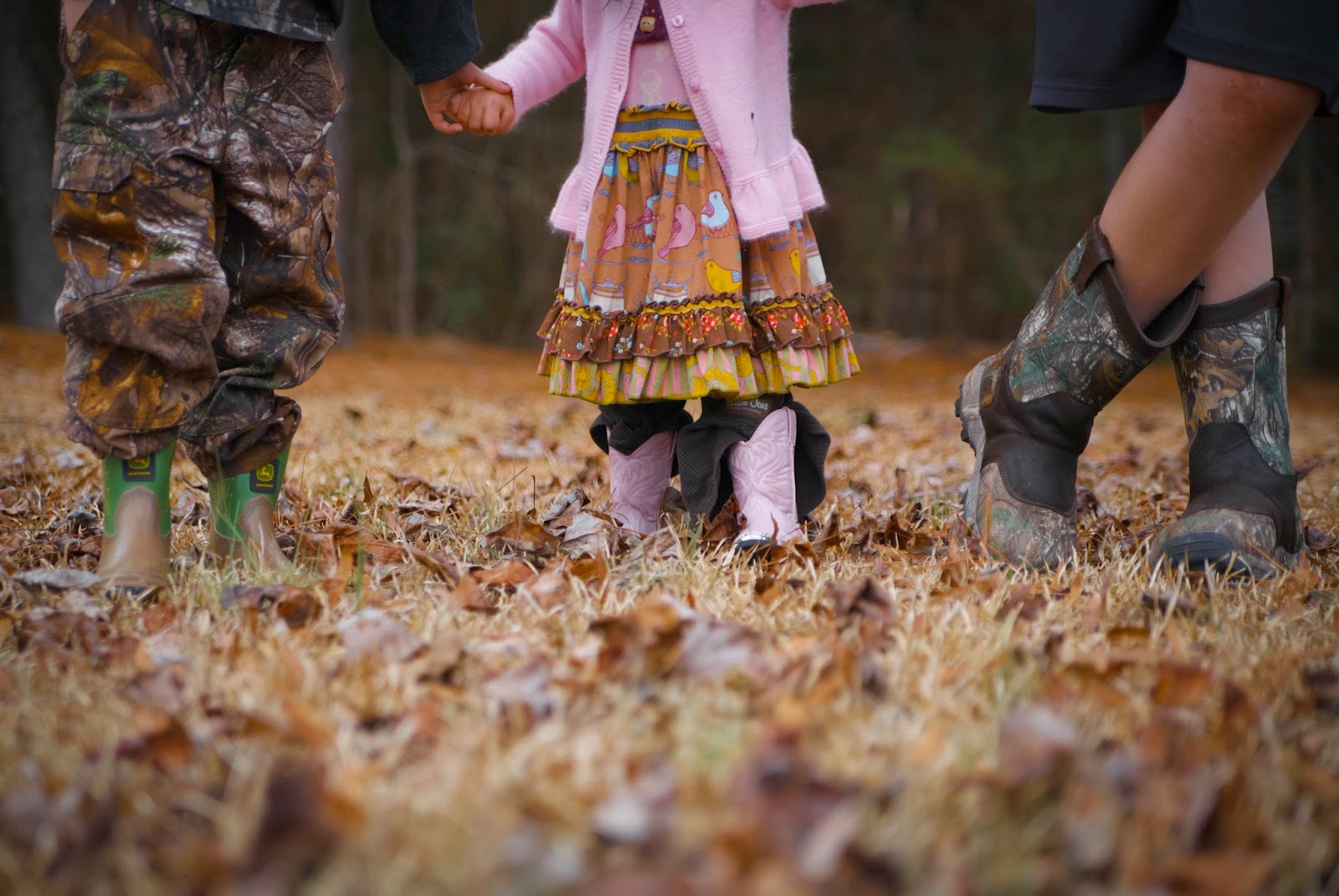 So glad our God doesn't make mistakes and that He uses all things for our good and His glory. You my friend, continue to bravely walk a path he has called and equipped you for...and you do it with such beauty and grace. How we long for answers...but the words ring in my heart:

’Tis so sweet to trust in Jesus,
Just to take Him at His Word;
Just to rest upon His promise,
And to know, “Thus saith the Lord!”

Oh, friend. I knew when you messaged me that your heart was heavy, but I certainly didn't know the whole story. I Think He gives us bits and pieces... jsut what He knows we can handle at one time. What a wonderful assurance we have in His plan and in His sovereignty. She is His beautiful creation, and you are the mama He chose just for her.

Like in the tiniest of girls wearing pink cowgirl boots.

It is strange that I read this and am not filled with sadness. Oh sure, this is not ideal. But AG is where she should be, where she was meant to be all along. Why this has become your story yet again, I simply cannot fathom or answer. But i know this, just as you said, God does not make mistakes.

So I will just keep saying the same prayer I have said since the beginning. That AG would know love and peace. That your mama heart would heal. That your family would know joy. I'll add a little something extra for health. And a prayer or two for continued courage for that little bitty girl of yours..

I meant to add...I love the new header photo.

Many years ago I hired a photographer to come to my parents house and take a family photo. My oldest sisters were married. we had 3 babies in the family. My grandma was still with us and I new a home setting would work best for all involved. My parents had a big barn of a house with several good locations and we took multiple photos.

Because this was a Christmas gift from me I was going to select the final proof and surprise the family with the printed photos. On Christmas as everyone opens their pictures my mom noticed one thing I had completely missed. Of all the locations and shots I had to chose from I selected the photo that included the last professional portrait of my bother hanging on the wall behind us. I did not even notice it. My mom was so happy that her whole family was in the picture. Your new header brought that memory back and I smiled.

You have aloofly little family. Your angel girl is always with you and I hope you feel that daily.