I fought it as long as I could.  I’m not a contact sport kind of mom.  I cringe at the thought of my baby playing anything that involves the word “tackle” or that would ever, ever require him to put on “pads” to protect his perfect little {103 pound} body that I still feel like I just birthed last week.  Amen?!?

But, he is doing it anyways.  And, after only one week of practice…he loves it.

Scott signed him up for “tackle” football…unbeknownst to me that there’s also a flag football option for 9 year olds.  I think they kept that little fact a secret for a reason.  Wyatt had his first day of football practice ever in his life last Monday and I just had to document it in pictures. 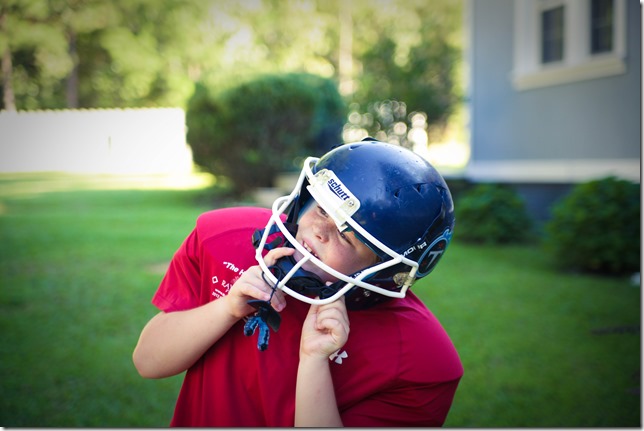 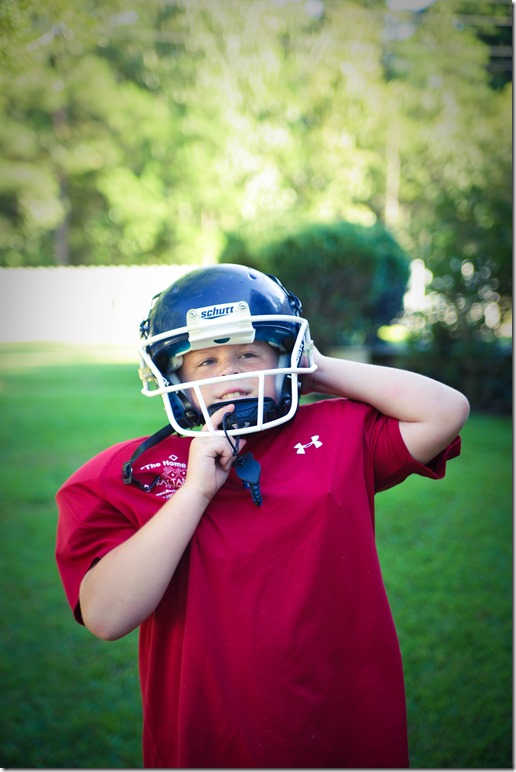 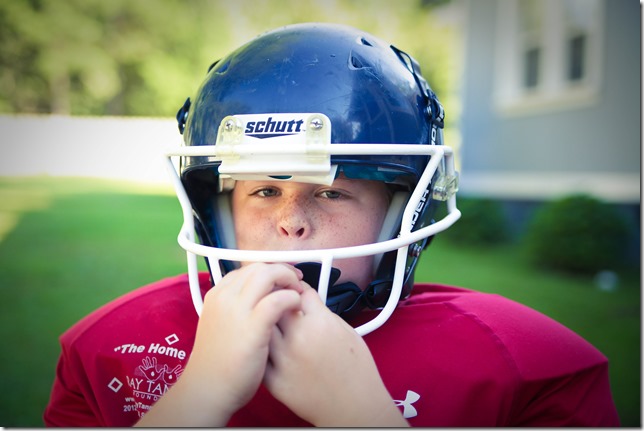 Those helmet strap thingys are tough!  Scott tells me that the kids spend what seems like half of practice just trying to get their straps snapped.  :)

Wyatt was thrilled {ha!} that I took the obligatory “first” pictures of this moment.    He couldn’t pass up an opportunity to “Tebow”.  He’s read Timmy’s book so many times that I know it’s led to a lot of his excitement over playing this season.  {And, yes, we refer to Timmy/Tim/Tebow by his first name!  I met his mom and she sent me a handwritten note so we’re BFF’s, too.  ;) } 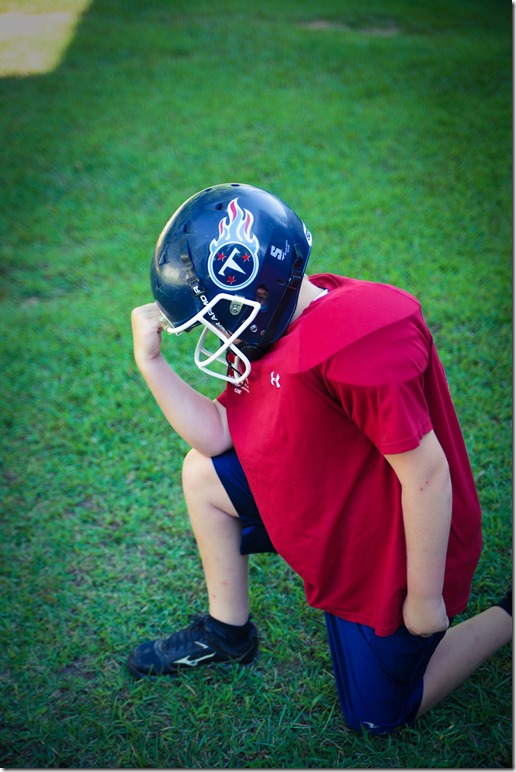 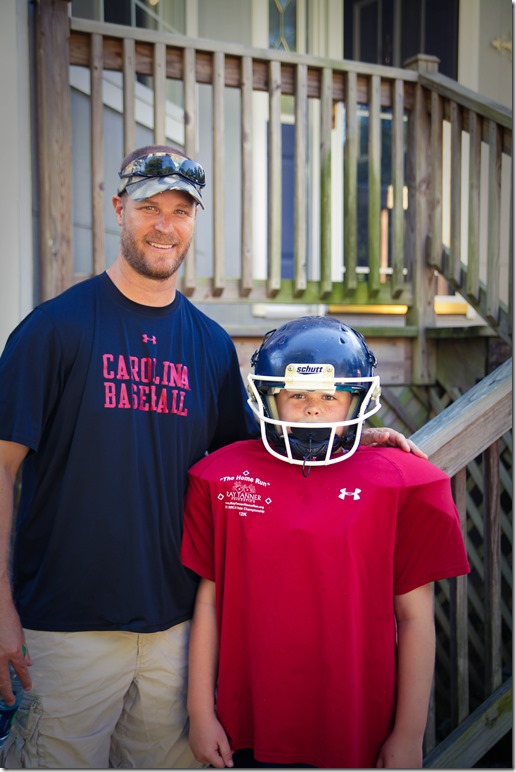 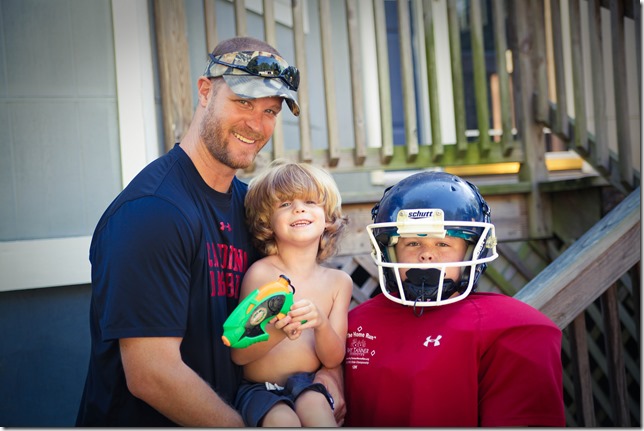 Who knows, maybe my first born will enjoy this little venture his daddy and he tricked me into letting him play. He did, after all, land the starting quarterback position by the second day of practice.  Apparently all those pitching lessons with Daddy for his first love {baseball}  have paid off to make him a pretty decent QB, too!  Now that I know that’s where my baby will be playing, I’m thankful for all those pads and straps! 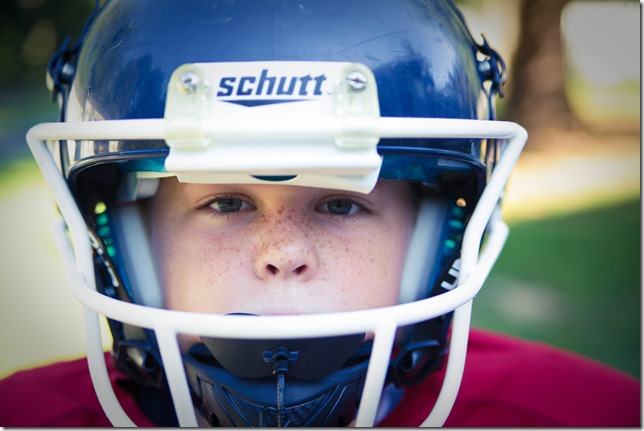 {His season starts in a couple of weeks.  Please start praying for me now!  Just the thought of it is making me queasy!}