Yesterday was tough.  I guess since I had such an emotional day on Saturday I thought that yesterday wouldn’t be as hard.  But, it was probably the worst year yet.  I think part of it had to do with the fact that it was the first time that we stayed home on that day.  I remember on the 1st year telling Scott that I didn’t care where we went but I just could not be home.  I can remember every single detail of that morning and didn’t want any additional triggers by being home.  But, this year I didn’t even really think about being home until about 9am when the waves of grief completely had overtaken me.  I felt immobile…like I couldn’t even breathe at times.

The cards, emails, phone calls, texts and facebook messages were ministering to me in the most precious ways.  I would read one or two at a time and then take a break to let those words of love sink in.  They validated Annabelle’s life.  They gave me comfort that others were praying and remembering and not forgetting.  I needed those more than anything yesterday.  I can’t tell you the additional hurt that it causes us when someone doesn’t recognize those days.  More than anything, I needed to know that her life and death didn’t go unnoticed.  And, those precious moments that you spent telling us just that in various ways meant the most.  I would read them here and there to Scott, too.  We were both brought to tears by your words and comforted in knowing that we were not alone on that day.

I tried to get some normal Tuesday things done around the house but as soon as I stopped, I was consumed with the raw, gut-wrenching pain that I felt the moment the nurses shook their heads at me four years ago.

There isn’t a book written giving advice on what to do on the anniversary of your daughter’s death.  It’s because that day…that anniversary…should never even remotely exist.  It’s not the natural process of life.  It’s not fair.  It’s not right.

I continued to somehow function between my moments of complete despair and decided to grab my camera.  Never have I wanted to document in photos that day before…but yesterday I did.  Getting behind the lens forces me to focus on the gifts I’m given…the little things that are so often overlooked but are the precious gifts of today.  These are the little things that got me through a big day… 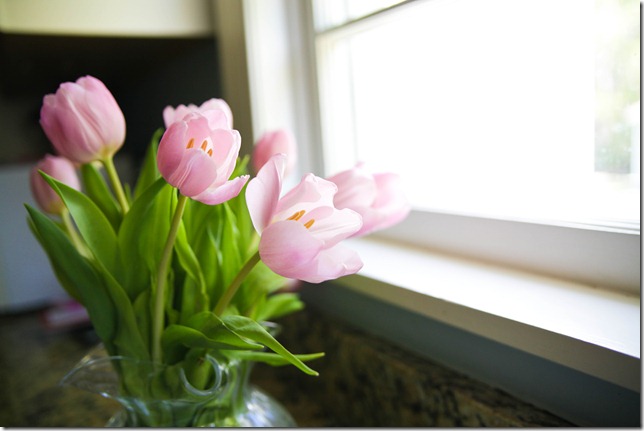 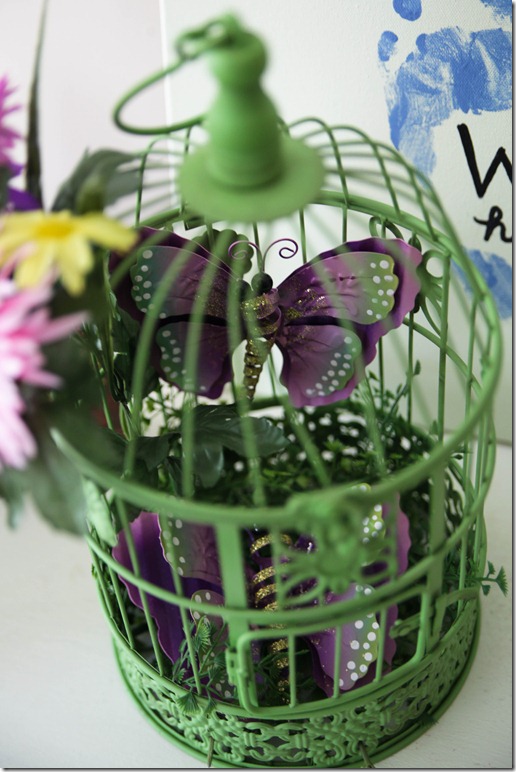 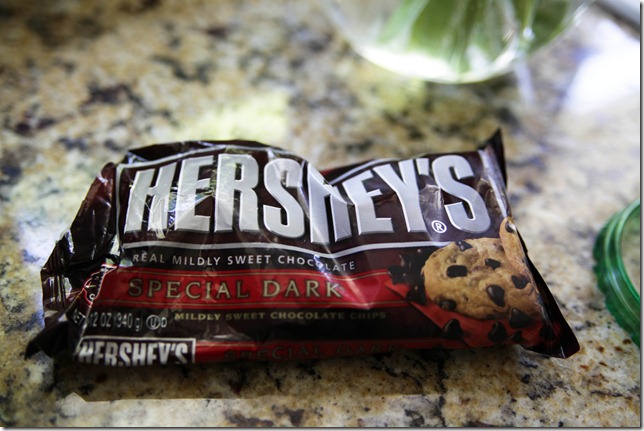 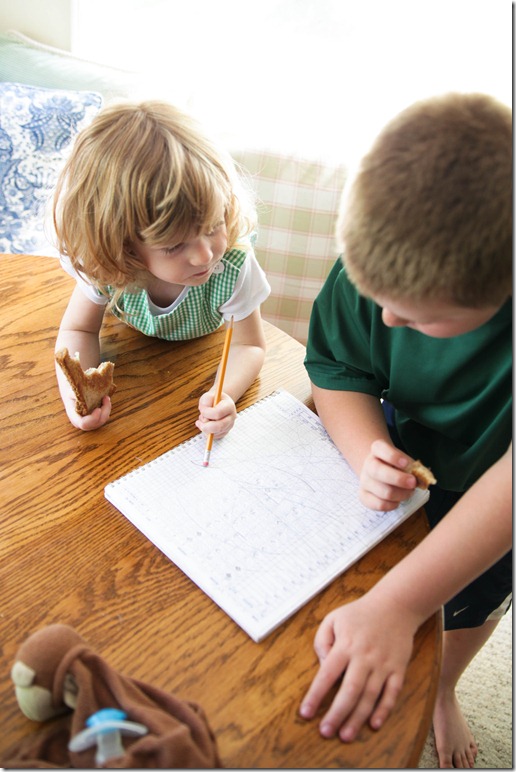 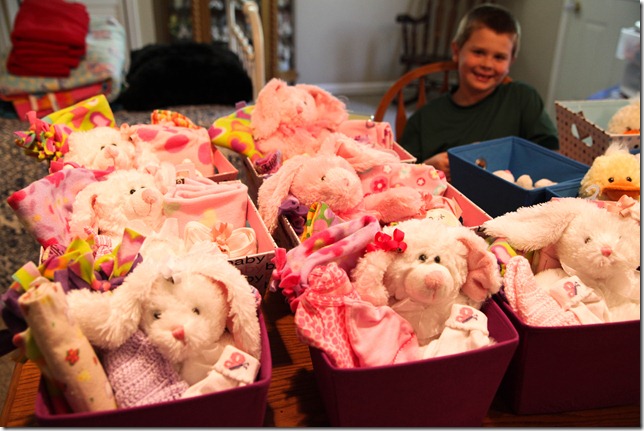 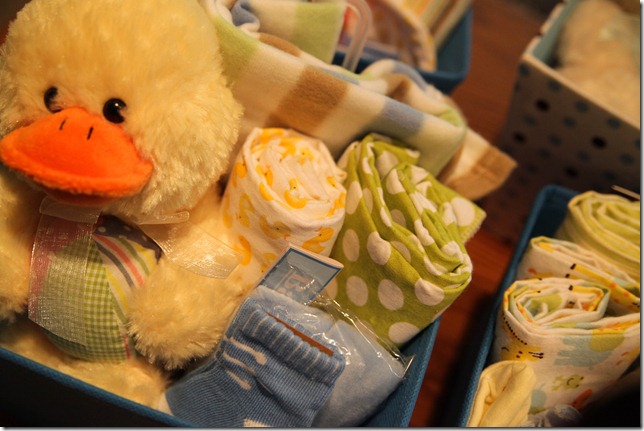 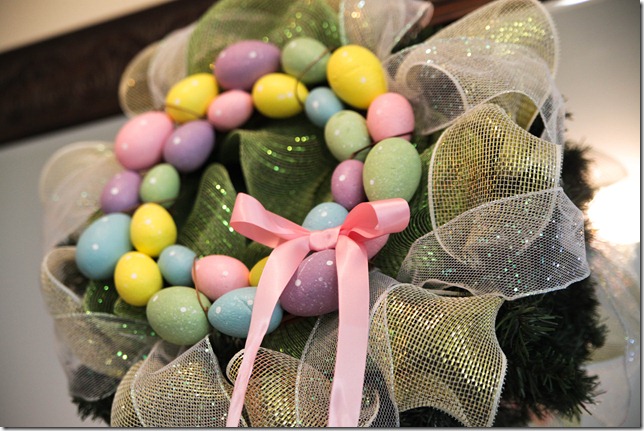 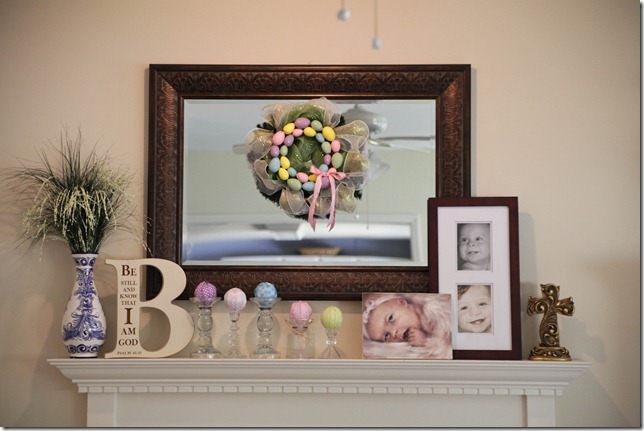 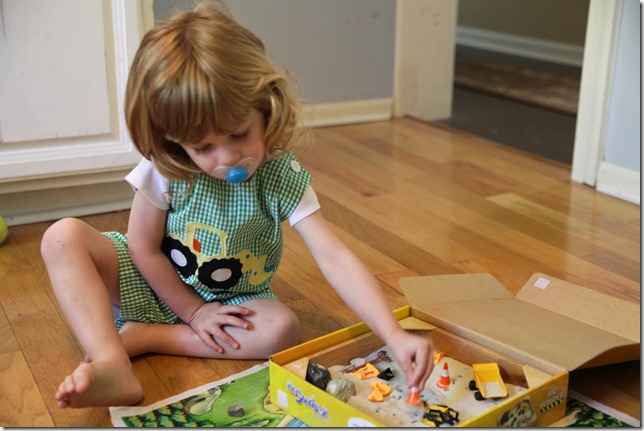 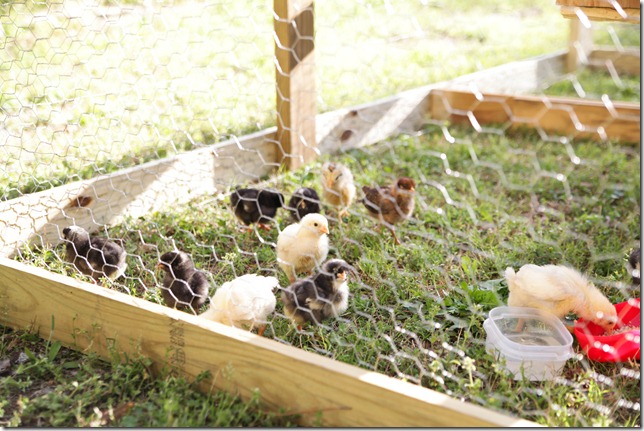 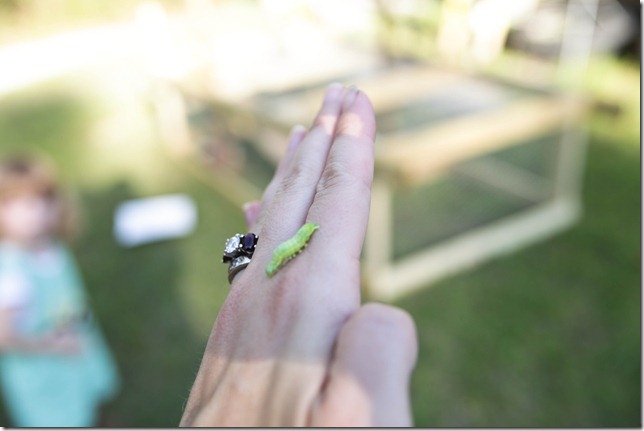 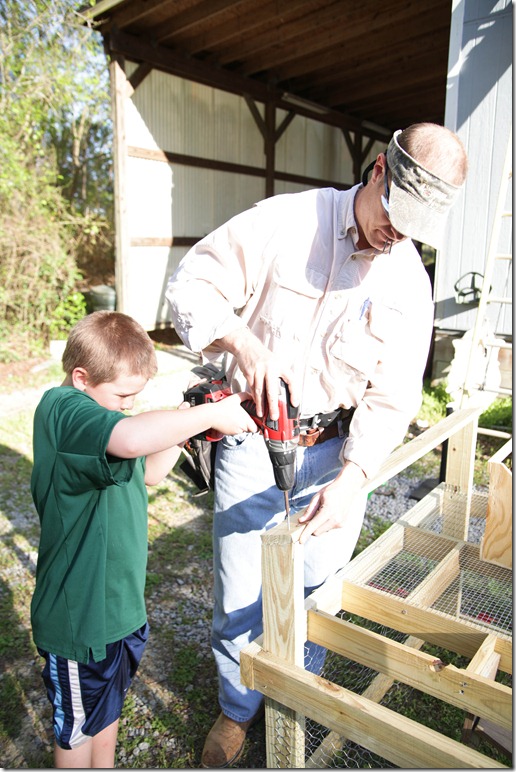 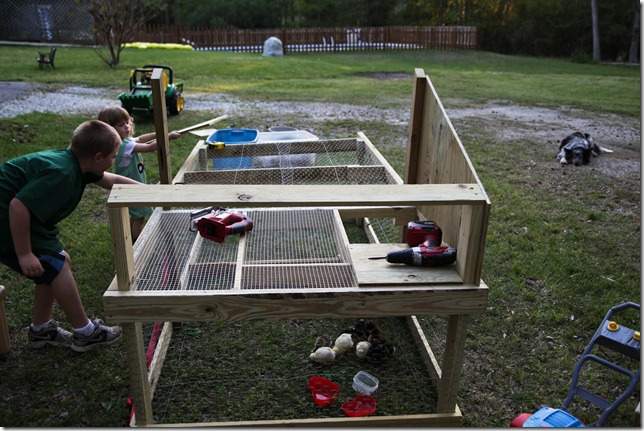 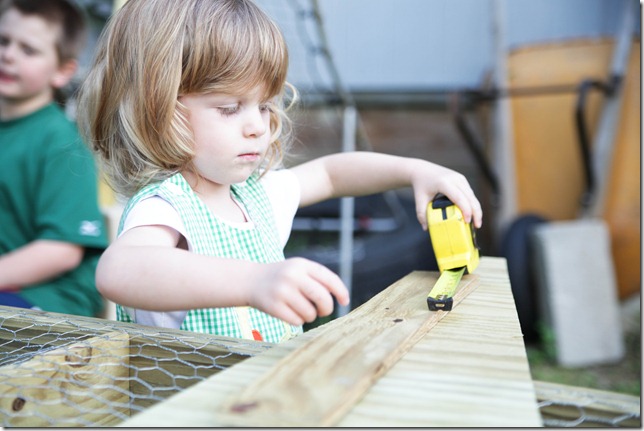 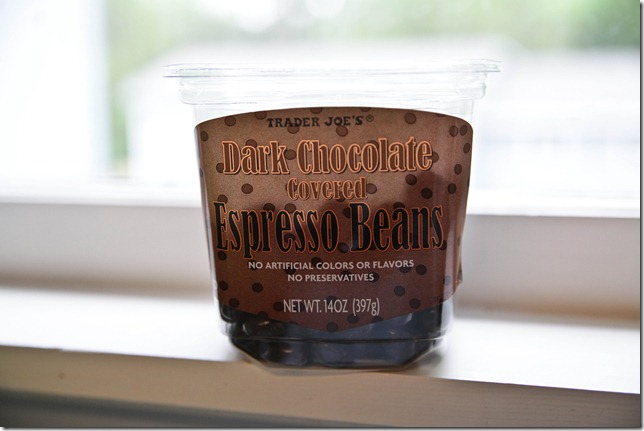 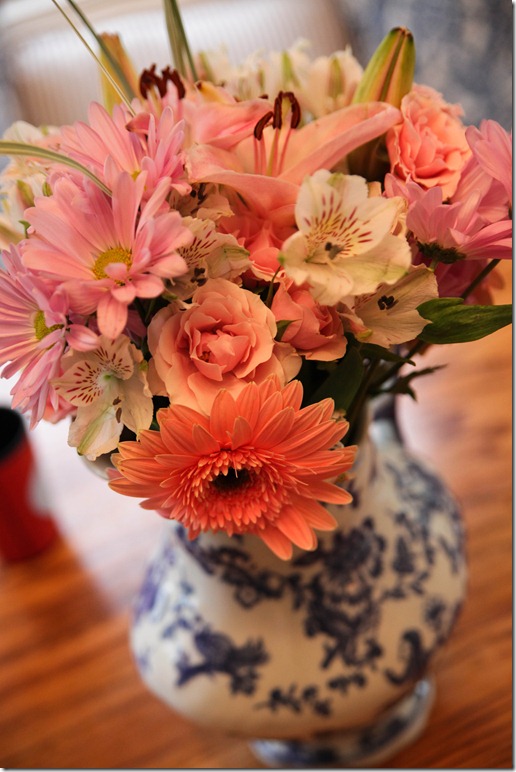 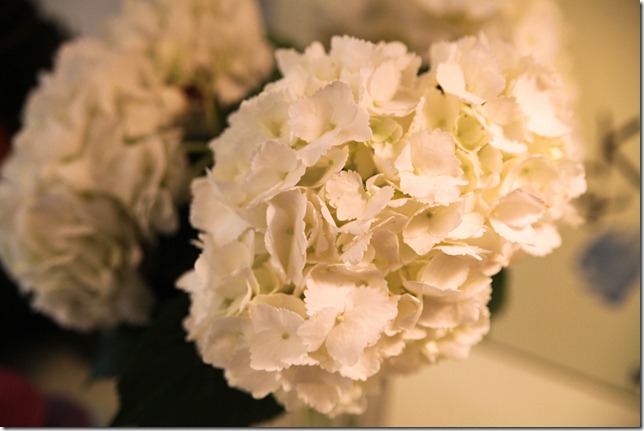 Flowers, chocolate, Easter decorations (complete with a pink bow, of course), her baskets, chickens and my boys…oh, and the caterpillar we found in Luke’s curls ;)… I’m hoping to be able to exhale in the next few days as I recover from yesterday and truly enjoy God making everything new in this beautiful springtime.

The Bridge Run is next…this Saturday morning.  I am already a bundle of nerves over it.  I’m working on finalizing my playlist of praise music that will get me going but not turn me into a big ole’ tub of tears.  This has been the goal for 4 years now…and it’s almost here.   I know HE will carry me through it…

Love you dear friend! You have been on my heart and will continue to be! You are going to be amazing on Saturday! I'll be praying for you and missing you on our early morning run! :). Love you!!!

Praying for you...I pray that you feel God's comfort and peace...keep doing what you are doing...God will help you make it another day...
p.s. I love the photos you took of your day...photos are priceless...

Love all of the photos! I'm so glad you're surrounded in beauty...on that big day and all of the other days too. I thought of you a whole lot yesterday and said many prayers for you and your boys. Just the thought of walking in your shoes makes me want to fall to the ground, but you do it so beautifully and with such grace. It is so obvious that He carries you through and that you have such strength because of Him. You are amazing and I love you! Good luck at the bridge run! I know you'll be fantastic!!

PS...is there a Trader Joe's around here?!

You are incredible in every way... I will ALWAYS remember her, she has always been so special to me. I was thinking of her and of you yesterday. I will keep you in my prayers through the days ahead. Annabelle is so lucky to have you as her mommy always.
xoxo

You've been on my heart too friend. Hoping you feel the many prayers said on your behalf, you are well-loved and thought of and your baby girl will always hold a special place in so many hearts. Hugs to you and best of luck on Saturday! You'll be amazing.