Four years ago today, I was enjoying my last day with Annabelle in utero…  We had a busy morning being interviewed for Charleston’s newspaper, The Post & Courier, and had spent the rest of the day soaking in Kiawah Island.  We had picked up some cinnamon rolls from the local market that morning and decided to grab dinner from there as well.  My daughter and I feasted on crabcakes and veggies for dinner and chocolate cake for dessert.  The day was relaxed and couldn’t have been more enjoyable.  The weather was beautiful with just a slight chill in the air in the evening.  Hard to believe it was the end of January.

Scott’s mom drove in that evening to keep Wyatt for us since we had to leave long before he’d awake the next morning.  I had showered with the sanitary soap according to directions from the hospital and laid out everything for our early morning trip into downtown Charleston.  I was savoring snuggle time on the sofa with my first baby boy resting his head on my belly while his baby sister played with him nonstop.  Just as Wyatt started to nod off and fall asleep…she seemed to do the same.

As perfect as those moments were, we knew that we’d never have them again come the next morning.  My womb was the only place she was safe…this side of Heaven.

I’ve spent the last five months preparing for tomorrow to come once again.  We received Annabelle’s heart diagnosis in September of 2007 and this past September I began training to run…for her.  (Except this time I’ve lost over 30 pounds instead of gaining it. :))  I’ve run every mile with her on my heart and in my mind.

Trust me, I’d do it all over again in a heartbeat…even if I knew the outcome.  I could never imagine my life without her in it…whether she be here or in Heaven.

That’s the beauty of Faith.

So, I’m getting ready once again.  I’ll be getting up early tomorrow morning this time to head downtown Columbia for a 6.2 mile run.  And, sometime around the fourth mile I’ll be remembering the first moment I heard her cry….and shortly thereafter, the first time I saw her face. 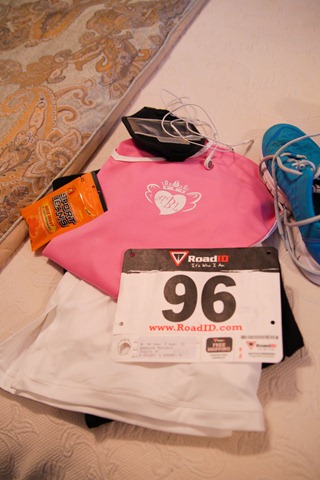 Happy birthday eve, baby girl! There’s so much more planned for you tomorrow!

I will be thinking of you! Awesome job on training and weight loss! Hugs my friend! God Bless!

Not sure if my first comment work so here goes again. I will be thinking of you! Awesome job on the training and the weight loss! Hugs to you my friend, God Bless!!

What an amazing thing for you to do with your baby girl. She will be right there with you as you take each step. I pray that it is exactly as you have dreamed it to be. I also pray that it is a sacred time with your Savior who has carried you on this journey. From the little bit I know of you, you are filled with grace and I pray that tomorrow will be no different.

Oh Rebecca...
I can barely see the screen to type - too many tears for you! I love you, love your faith, love your example and witness, love your perseverance, love your heart! I wish you didn't have to walk (or run!) through life without seeing her sweet face, but I'm so proud of you for facing the grief and running for HER! This hard and painful life will be but a blink of an eye compared to your time with her in eternity! I will be thinking of you and praying for you as you run your heart out tomorrow!

So awesome! Thinking of you and Happy 4th Birthday Annabelle! What a party in Heaven...may you feel His peace and comfort tomorrow.