Shortly after we moved in several years ago, I was invited to a Norwex party.  I didn't know much about the company but trusted the gal that hosted it and knew she was not having a party unless it was worth it.  Well, she was right.  I was introduced to envirocloths and have used them daily since.  We have lots of them...colors for different rooms in the house and, aside from the kitchen ones, these probably get used the most.  WINDOWS!  The kids and Scott joke that we live in a fishbowl but they aren't entirely wrong.  Lots of windows to bring the outside in with absolutely no blinds in a single room.  Lots of natural light and lots of pretty views of the country!  We built this house with the land in mind and the windows frame it perfectly.  But, that also comes with lots of little fingerprints and dog slobber.  So, the girls did their thing again with the envirocloths and the windows are so clear that the birds are confused and trying to fly in.  Bless.  Pretty sure these little dolls are the cutest window washers around! 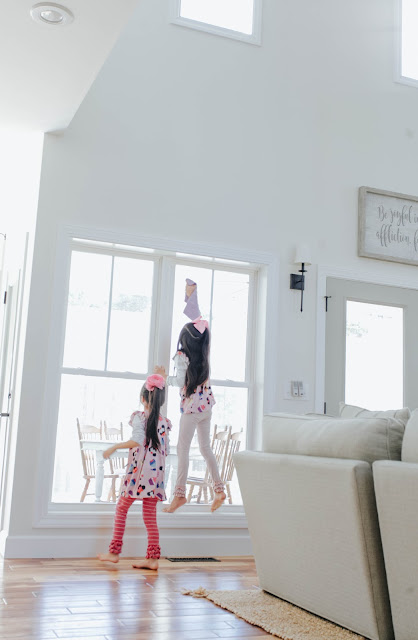 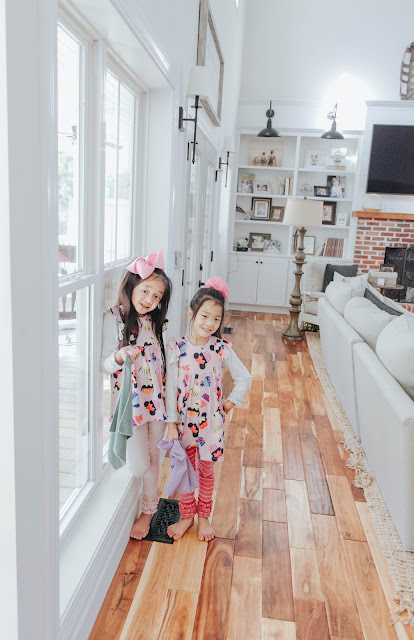 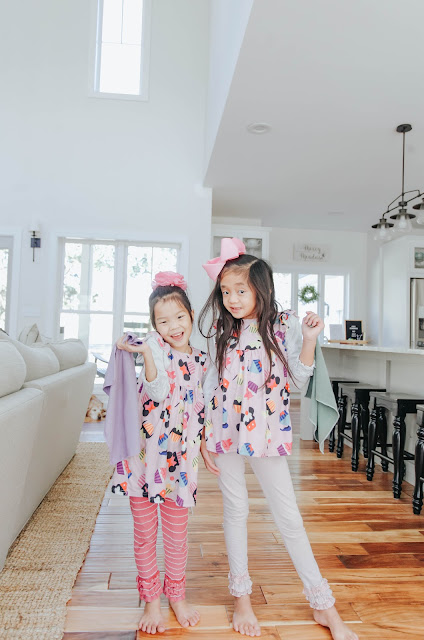 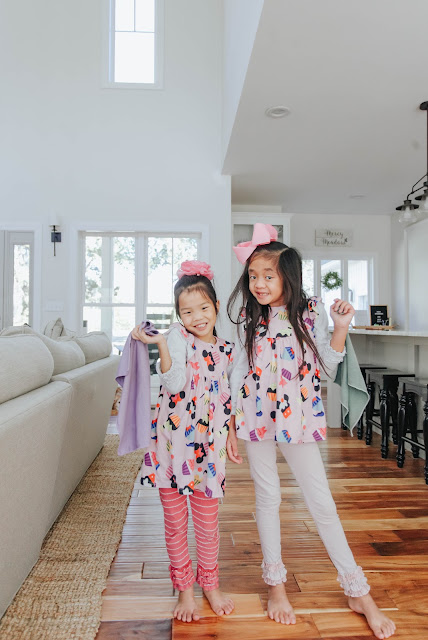