We didn't know until about dinner time last night what today would hold...my big boy's team had a spectacular run in Tampa and then lost in extra innings by 1.  How a double elimination tournament can eliminate the constant winner's bracket team who only lost one is beyond me...and, as much as we were so devastated for the team, we were also pretty ready to see our Bubba.  He pitched the last 4 innings and had an outstanding show.  My daddy said that as soon as they got back in the truck to leave and Wyatt had a moment to get some emotions out, he looked over at Grandaddy and said "Thank you so much for coming with me."  My daddy said that made every bit of it worth it and meant more to him than if they had won.  I adore baseball and I really adore seeing my son doing well playing the game he loves...but, my goal is to raise a young man who loves God and others...regardless of if that's on a baseball field or not.  His character outshines every time...and that is why he is the guy you'd want in those clutch times on the field.  He's held his sister's hand as she met Jesus and traveled across the world {twice} to welcome orphans as his sisters.  He knows the game is still just a game and that there are far more important things in this world...and watching him grow into the young man we'd pray he would one day be is an absolute gift to his daddy and me.

With the game ending late {they had a 2 hour rain delay}, he and Grandaddy stayed the night in Tampa last night and then hit the road mid-morning.  My daddy took Wyatt on a little detour to Plant City where my grandparents lived a good bit of the time and where we have many many sweet memories from my own childhood.  Wyatt got to experience the best strawberry milkshake the world has ever offered and take a little walk down memory lane with Grandaddy.  I cannot express in words what having my daddy graciously offer to take Wyatt has meant to us.  The memories that they have made will last lifetimes.  I know my son will one day be sharing stories from their time together with his children and grandchildren.  What a treasure!!!

Scott took off to meet them about an hour or so away from our little island and bring him back for us to wrap up our time away together.  I had dinner on the table when they pulled in so we ate and all headed to the beach...just in time for sunset.

I'd be lying if I said we weren't thrilled to see our Wyatt again...tears filled my eyes as his daddy pulled in with him...and the little three waited and watched for at least 20 minutes on the porch and squealed when they first saw him...running down the stairs in a race to get the first hug!

A long morning on the beach with the little 3 our best Seabrook buddies turned into a gorgeous evening in the same spot...together again... 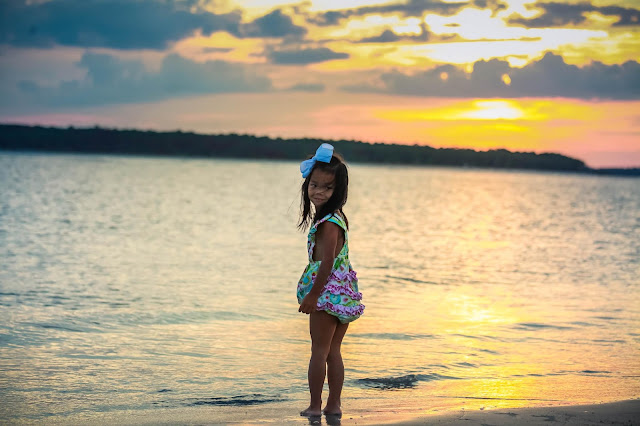 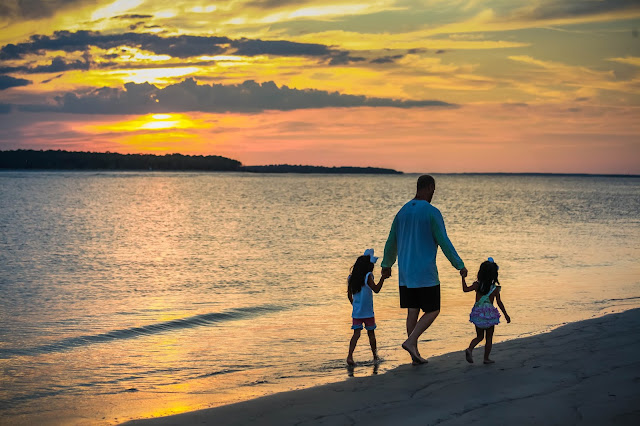 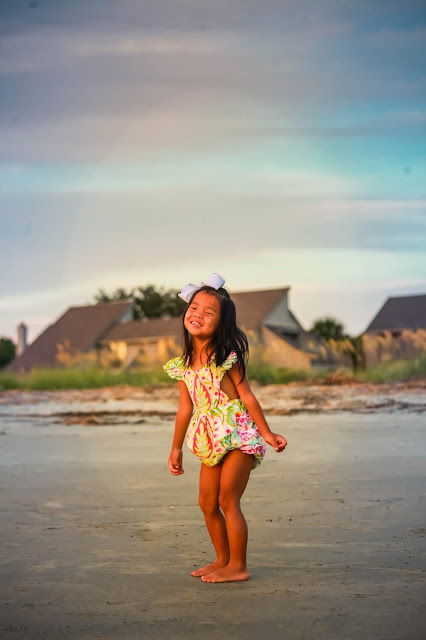 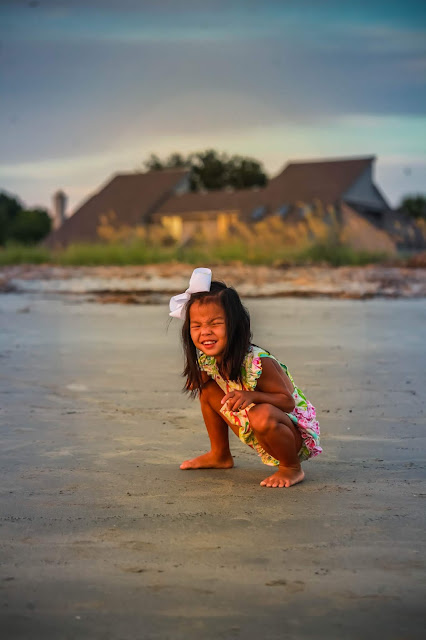 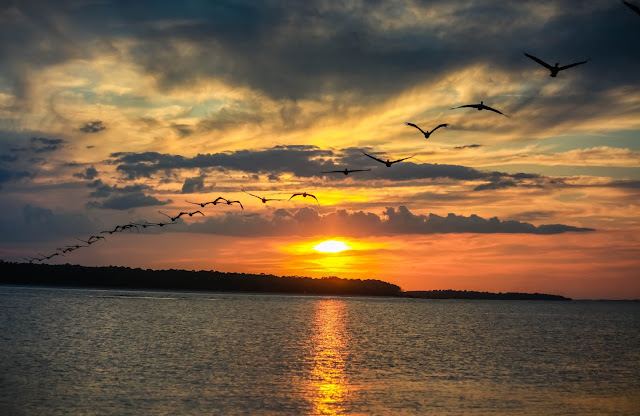 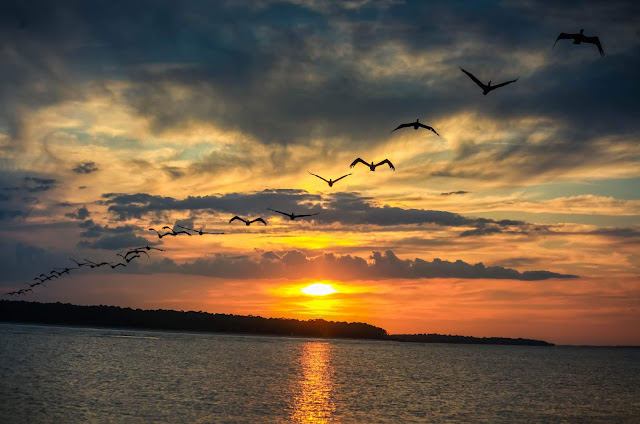 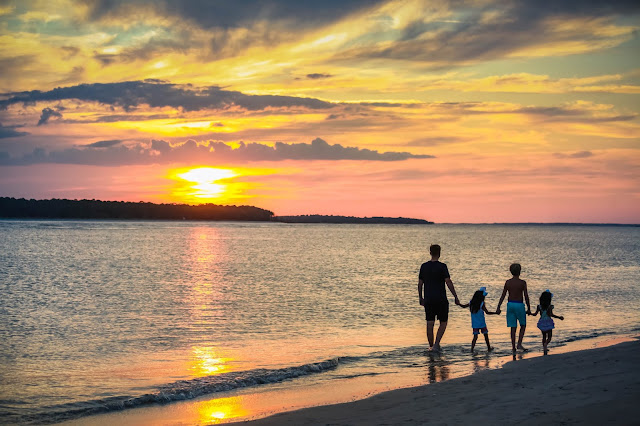 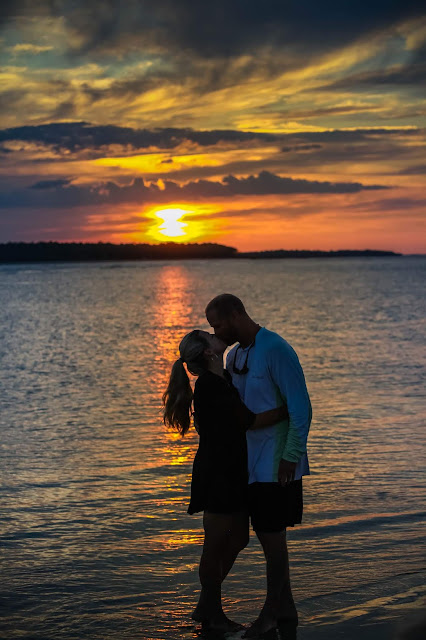 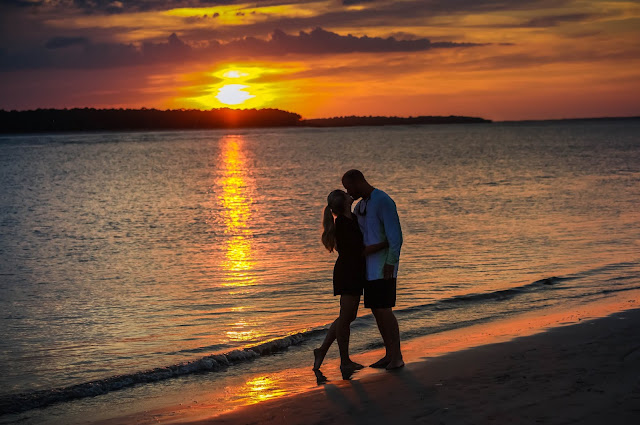