Our Saturday started early when Bo came crashing down the stairs promptly at 4am.  Our sweet old rescue Golden Retriever does not like a storm and we were surely having one to remember.  Lightning and ongoing thunder and wild winds and heavy rain.  I watched, as the lightning allowed, pool cushions fly across the back yard and limbs drop here and there.  Sure enough, we lost power just moments later.  Bo crawled under our bed and I called the power company to report the outage.  Thankfully, all our babies {well, the younger 3 as Bubba was off for a fishing adventure with Grandaddy} were still sound asleep!

We haven't lost power often around here and it's typically restored fairly quickly.  But, when we woke up a couple hours later still without power we realized we better make the best of it.  Scott ran out to grab us coffee {imperative} and the kids ate paleo bars for breakfast...just about all we had that didn't require opening the fridge!  While Scott ran to the coffee shop, I sat watching Bear and Panda girl play with persimmons.  They aren't quite ripe yet and our fields flourish with them...but the deer don't care if they are ripe and juicy or not.  We've seen lots of does enjoying them already!  True to his inquisitive nature, Bear pulls out a knife & decides to turn the persimmons into a simple science project.  Dubble Bubble wasn't as interested {breakfast bars and legos were keeping her company} but Panda ventured out to the front porch to join him.  She, however, wasn't as amused at the inside design of the persimmons but rather preferred to use them as googly eyes!  Never a dull moment with that one!  You never know what she is thinking or what she may do!

Thankfully, power was restored after only 5 hours without it and the temperature outside was just a smidge cooler than in...so open doors and screened porch sitting with that specialty coffee in hand made for a sweet Saturday start. 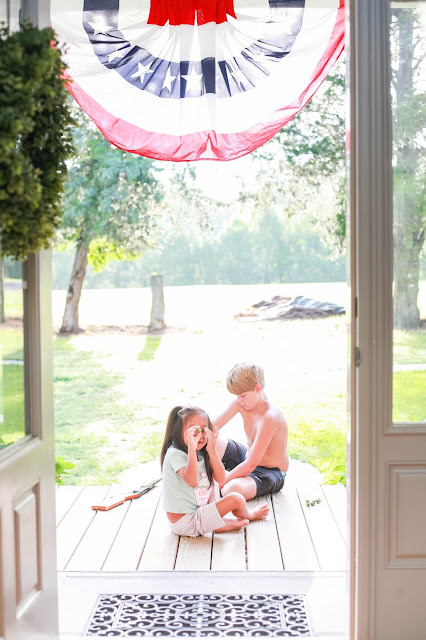 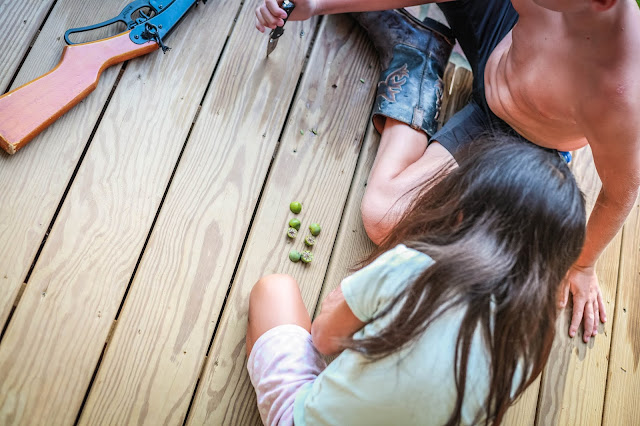 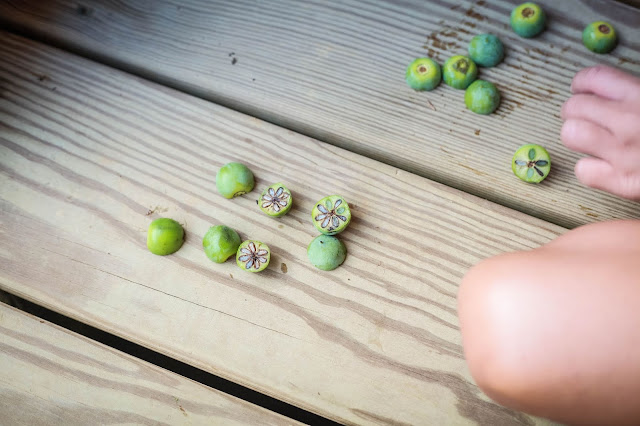