My precious little babes who are all schooled under me here at home tend not to complain or even mention much at all about anything when it comes to other methods of obtaining their education but Bear realized a couple of weeks ago that other children in other school settings receive awards.  So, he was sad that he would not be getting an award at the end of his 1st grade year.  Which gave me an excellent and fun idea...

S & I decided to have some fun with it!  We came up with several awards for each of the boys after they had gone to bed one night and then, of course, one for Panda girl.  I found a template online and printed it out...adding info to the back listing each of their awards.  We made sure to have fun with it but also made a point to let them know how proud we are of them and don't take lightly the blessing it is to raise them {& teach them}!

Bubba was named 7th grade Student of the Year, Most Likely to Abbreviate, Most Well Rounded and received an award for Perfect Attendance.

Bear was named 1st grade Student of the Year, Most Likely to Toot to get out of class, Most Improved in Reading and also received Perfect Attendance.

Panda received a quite fitting award for Demonstrating Excellence in Drama.  ;)

It was such fun and the kids totally loved it!  We had cupcakes and a little impromptu ceremony after baseball practice.   Something we will definitely have to continue next year! 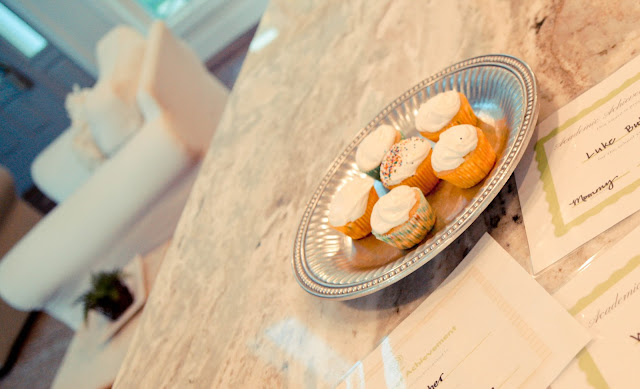 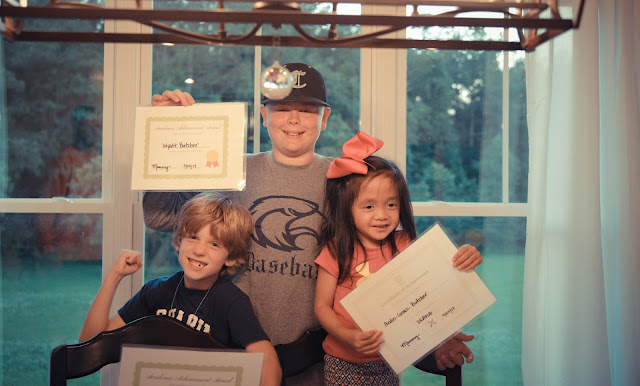 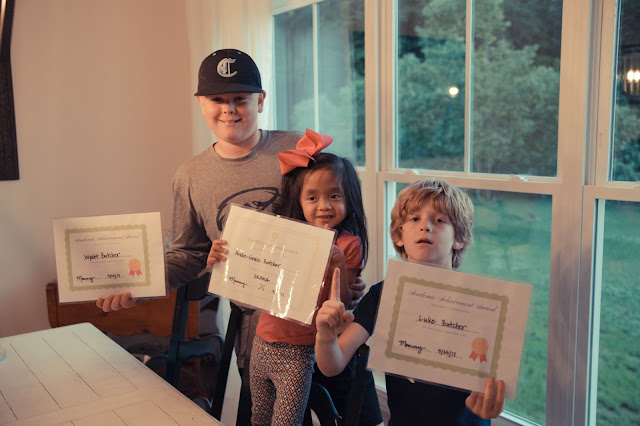