So...there's nothing like walking in late to the game to hear someone say "Your boy just took the mound!".  Talk about grabbing my camera quick & getting that shutter going!!!

Bubba pitched the last 3 2/3 innings for their 3rd pre-season tourney game against Lexington.  He only allowed 3 hits and ZERO runs!  And even had a few Ks!  Not bad for the youngest kid on the team playing a 5A team that flat wore them out during the scrimmage.  He did so well and we are so very proud of him!  Only one more pre-season game to go and then it's game time for real!!!

The coach ended up encouraging him after the game by saying to the older kids that they may think they've got the advantage but that the young bucks just showed them up today! :) 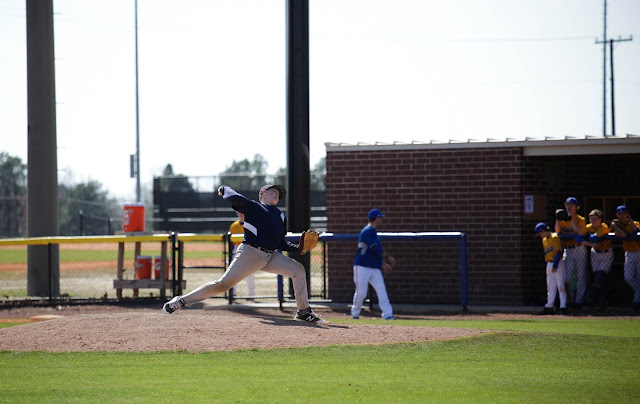 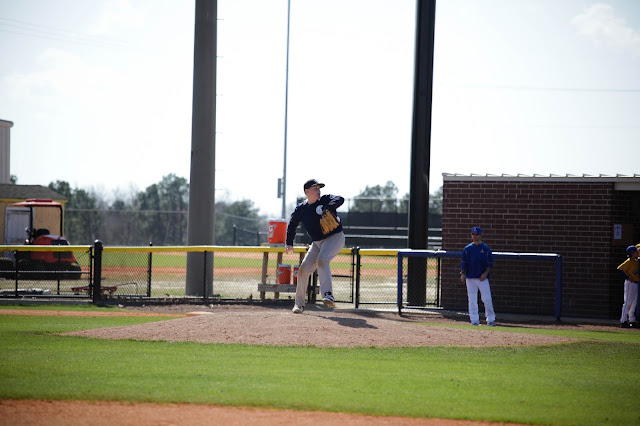 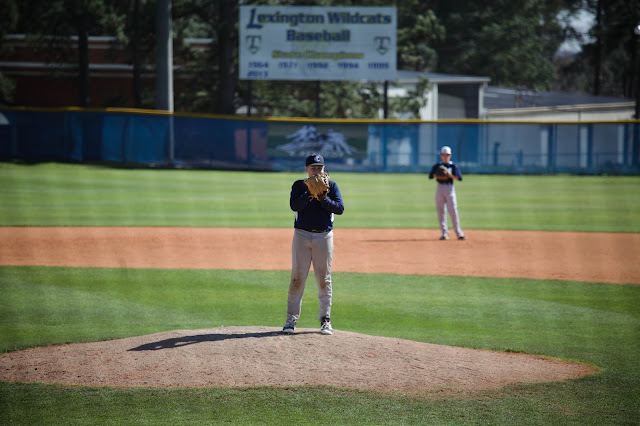 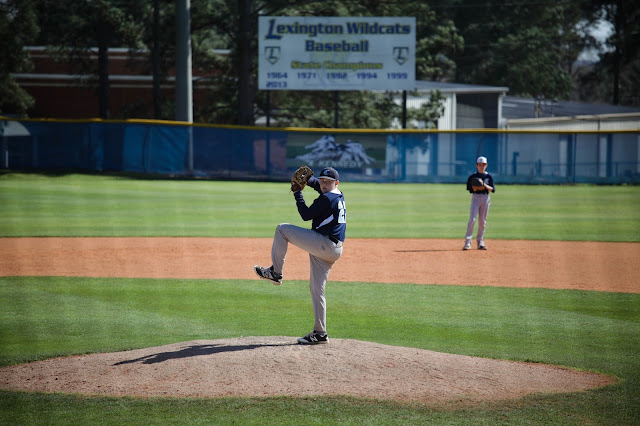 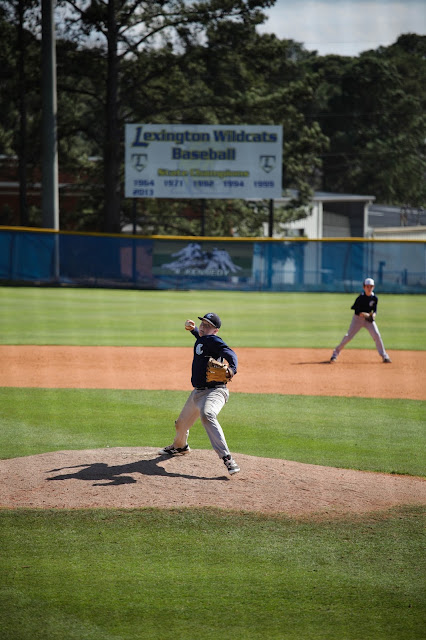 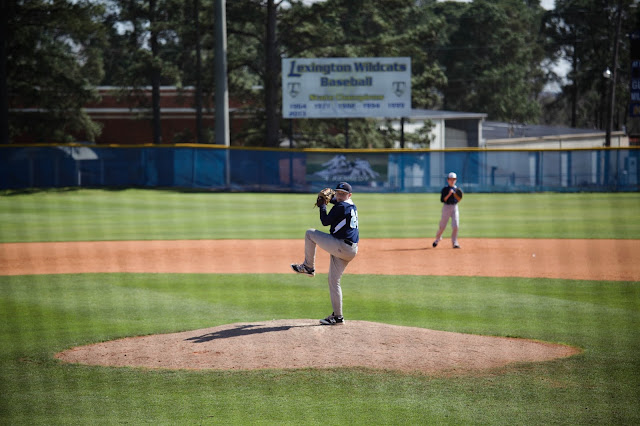 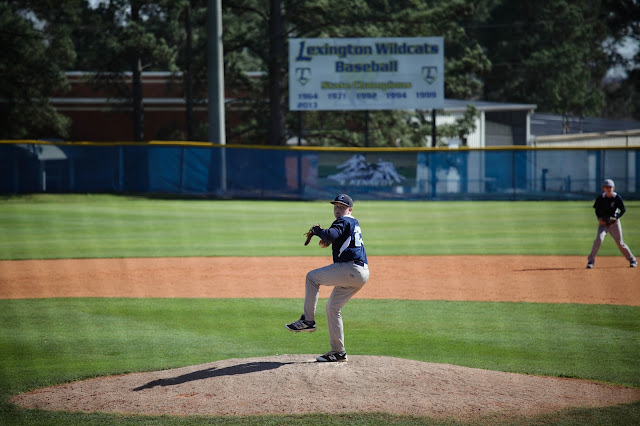 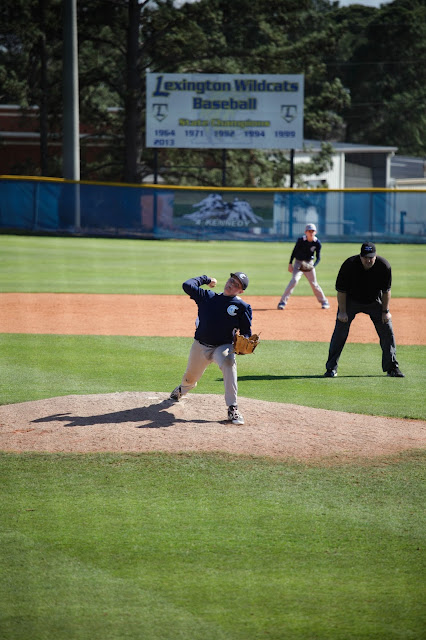