Miss Priss doesn't turn four for another week but we celebrated a little early...an informal, quick little get together...since a few family members will be out of town on her actual birthday and are more ahead of the game than me on making sure her birthday is special.  So, I whipped up some chocolate cupcakes with chocolate icing {her request...smart girl!} and we headed to our land to celebrate.  Who wouldn't love having several small parties anyways?!?!

It also happened that just before that day she received a VERY special birthday package from Aunt Suzie {Lindsay's mom} that included the cutest little outfit with cupcake leggings!  So, we definitely had to made an outfit change!!!  I love how perfectly that worked out! 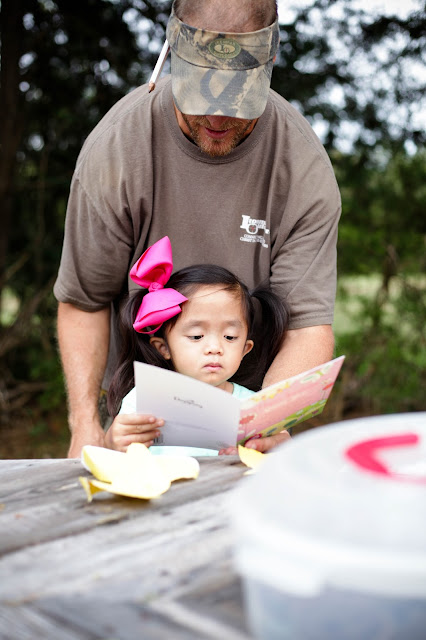 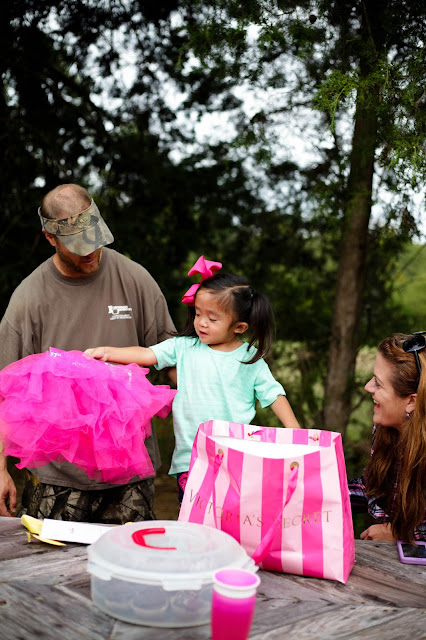 The Victoria's Secret bag had us all laughing!  That's what you get when it was planned hours beforehand! ;) 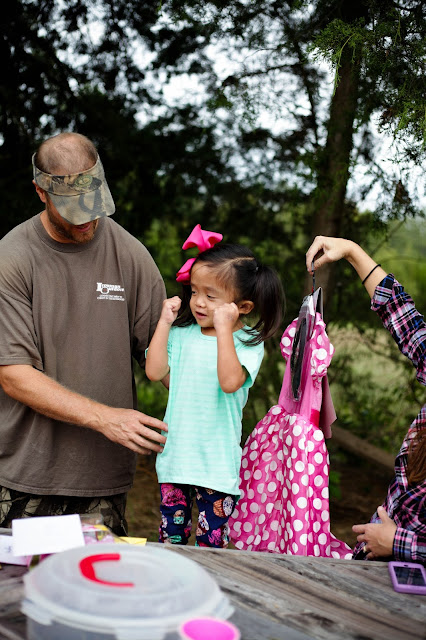 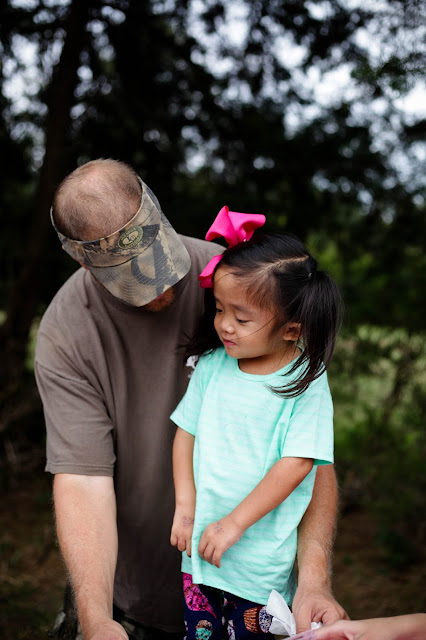 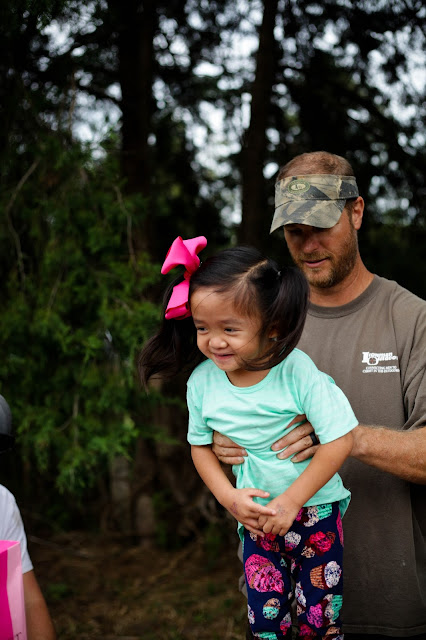 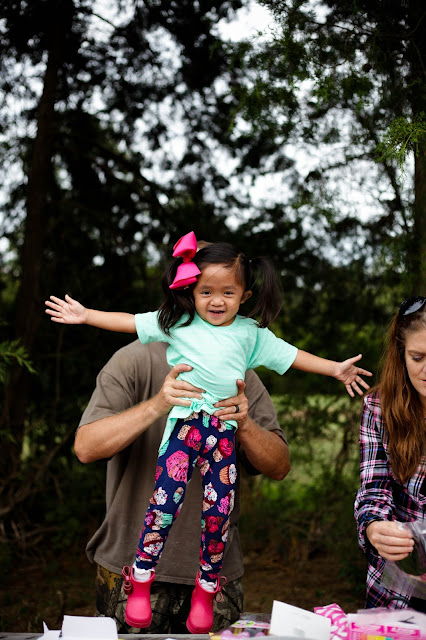 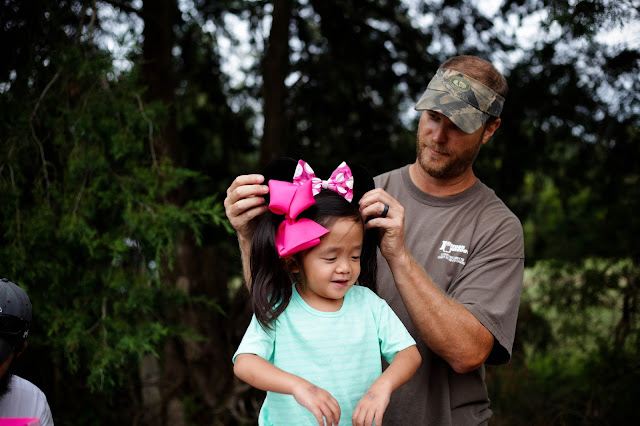 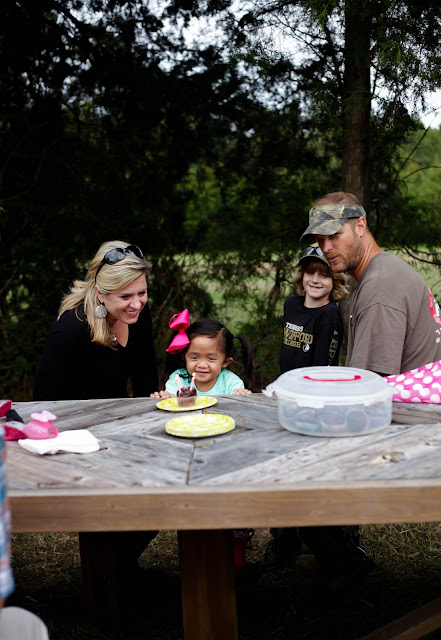 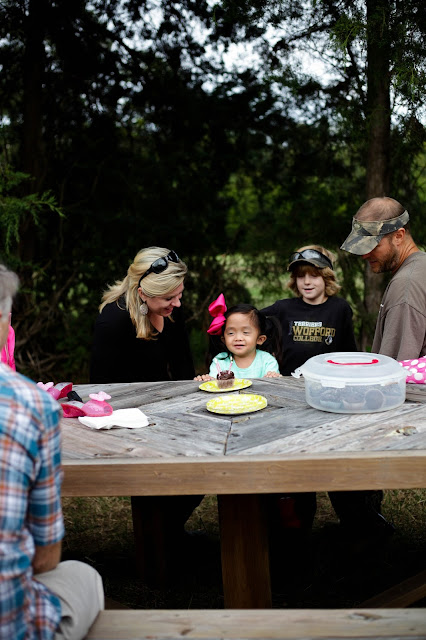 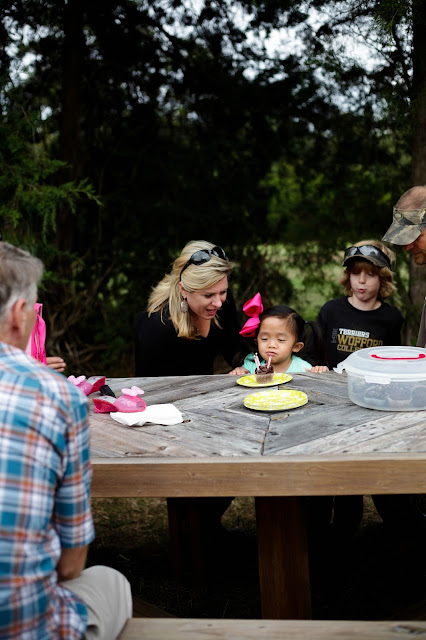 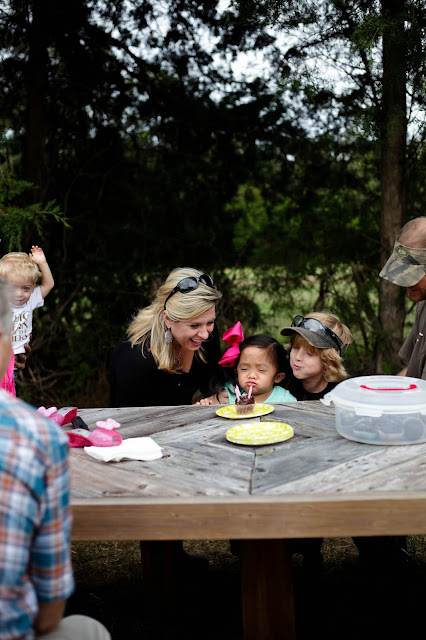 Sweet girl still really struggling with blowing!  So, her "blowing out the candles" face has got to be one of my favorites!  She's trying so hard...thankfully, Bear helped her out! 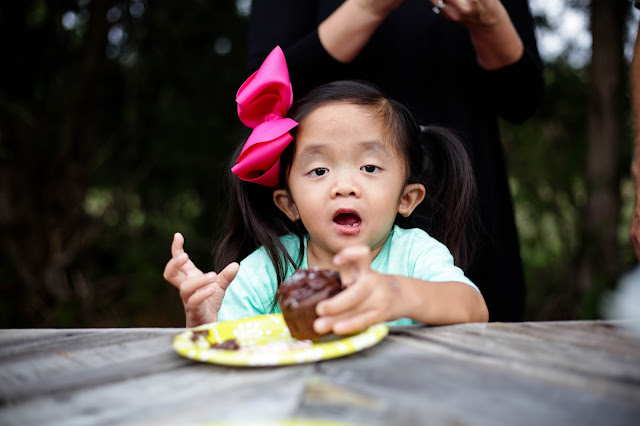 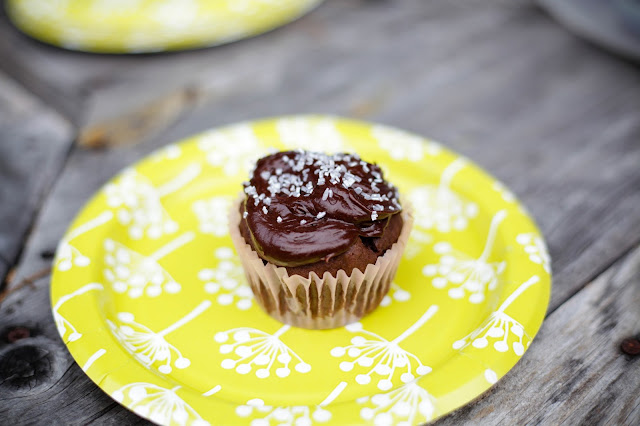 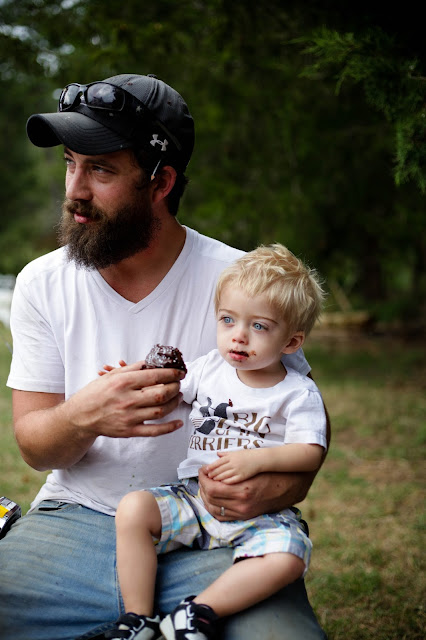 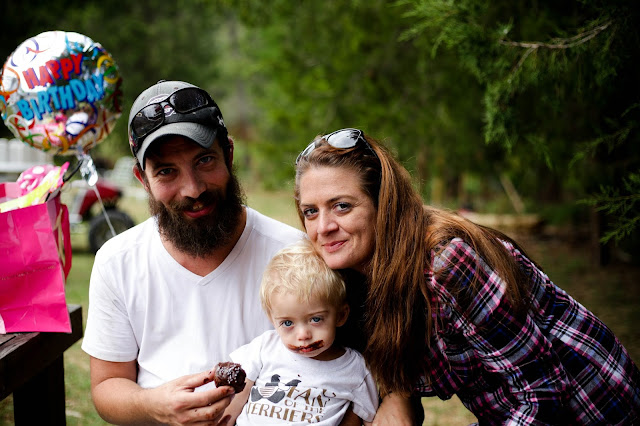 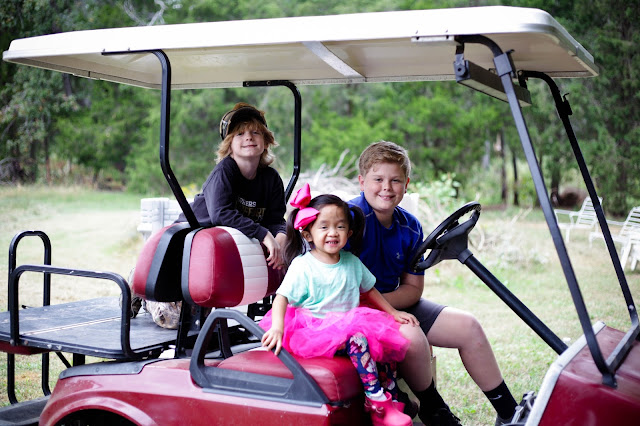 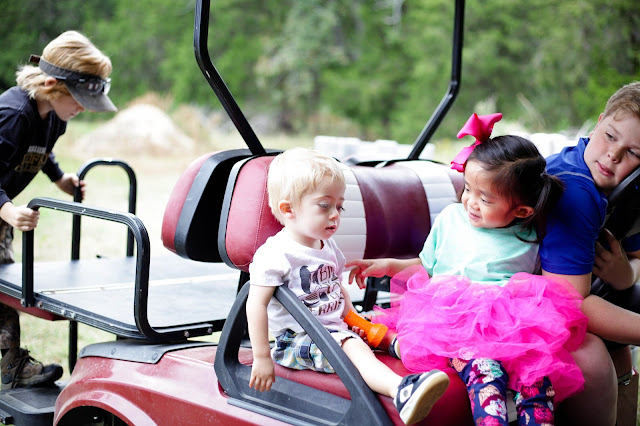 For Bear's birthday, he's been begging for a treehouse...and his birthday was in August so we may be just a tad behind.  His Uncle Jon and Daddy started working on it and have quite a treehouse going up!  So far, it's 8 feet off the ground and is about 10x16.  It's bigger than his bedroom...but I think that he'll probably spend more time up here than in his bedroom anyways.  We tucked it between two huge old cedar trees where he will be able to see it from his room.  I can't wait to see how it turns out!  The boys are already asking about running power and putting a window unit in it! :) 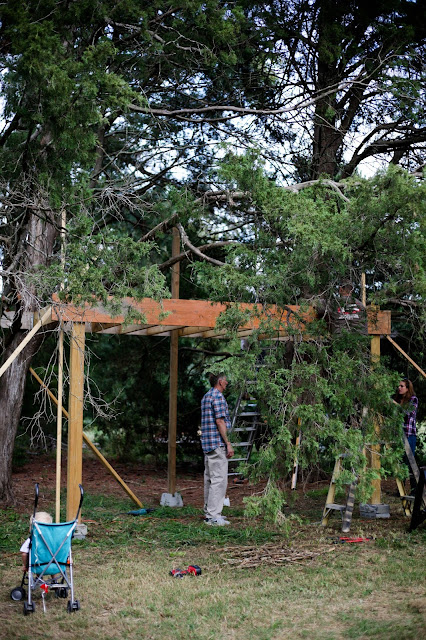 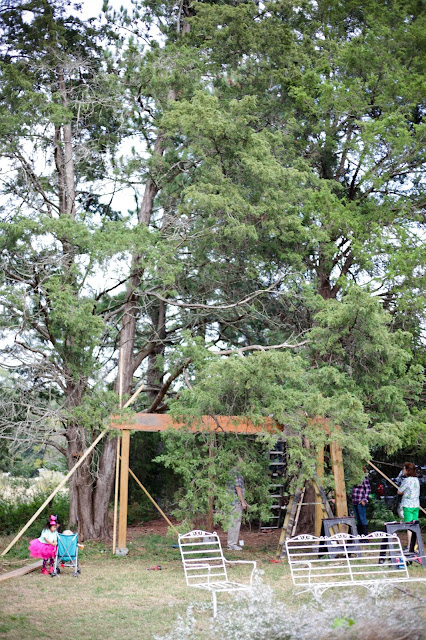 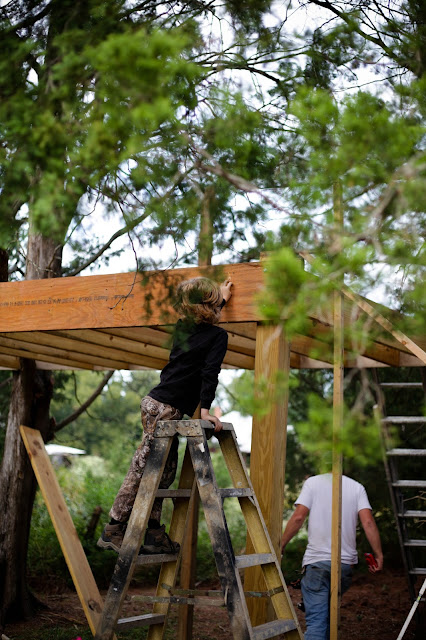 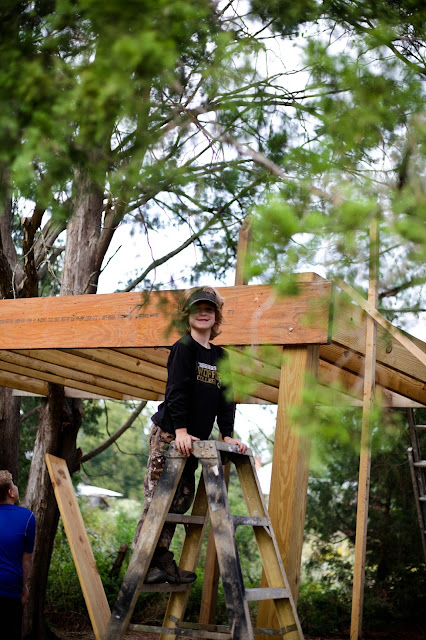