Today marks One Year from the day I decided to quit making excuses, stop allowing food to control me, and put an end to the completely unhappy person staring me back in the mirror.

It was about a week and a year ago that I got absolutely sick of myself.   Sick enough to finally make a change.

As I sit here typing today, I am wearing compression socks & my Half Marathon t-shirt. The last part of that sentence absolutely blows my mind.

On September 1, 2011, my plan was to eat clean, real foods and begin the Couch to 5k program with the final goal being to run the Cooper River Bridge Run 10k the following April in my daughter’s memory.  I also had hoped to lose about 20-30 pounds in the process.  I figured starting in September would give me plenty of time to work my way up to 6 miles…given my track record or lack thereof.  Little did I know…;)

I started learning a new way to cook, grocery shop & eat.  Slowly but surely, I liked it.  And, interestingly enough, now I prefer it.

I slowly began putting one foot in front of the other many times on our up-to-this-point rarely used treadmill and at other times pushing a 2 year old in a stroller with my 7 year old biking alongside.   I counted down the seconds until I could walk again in those first months and dreaded the seconds that the program had me “jogging”.  I was hardly jogging and barely breathing. I updated my playlist, downloaded more from iTunes than I ever had & tried to focus on just being able to run for an entire song’s length.   It was slow.   It was a process.  But, more than anything else, it taught me gradually how to love myself once again.  How to embrace the life He’d given me.  How to depend on Him entirely.  How to realize that I needed to put me first for me to be a better wife and mother.  And, that it was okay to do so.

By the end of November, I had run my first 5k in something like 34 minutes.   I honestly hated every step.  I was sure that I was going to throw up.  My legs felt like a million pounds a piece and wanted to stop.  I had a terrible cramp in my side that I didn’t have the first clue how to work through.  I had drank entirely too much water and tried not to pee on myself the whole run.  And, if that wasn’t bad enough, the glaring Christmas lights that were supposed to be the highlight of the run were all blurring together and giving me a horrible headache.  (Thankyouverymuch, Lasik!)  But, once I finished (stretched, peed, caught my breath, took some motrin, showered & got in some comfy jammies) I felt amazing.  I seriously thought that I had just accomplished taking over the world in those 3.1 miles.  I pressed forward the next day.

I looked up more training plans online (not sure if I should just hold steady for a while or go ahead and try to go further with my mileage) and after the advice of some running friends of ours, I decided to start training for a 10K.  I found one that just happened to be on Annabelle’s birthday that would be right at the end of that training schedule.   That evening, Scott and I registered for it.

Incredibly enough, I felt stronger than ever going into that run.  After all, I had completed a 5k already.  ;)  I had caught the running bug and was anxious to get out there again.  I trained for that run alone mostly (and with the boys some).   By this time I had already lost 20 pounds.  My weight loss goal had been met for the most part but I decided that getting about 10 more pounds off would only make me stronger.    It was finally starting to feel pretty good to run (and pretty good only on occasion).   I could breathe easier and used the majority of my runs as worship time, prayer time and time to prioritize my days.  Running had become therapy without my even knowing it and definitely not planning on it.

January 28, 2012, I ran my first 10K in 1 hour and 2 minutes.  I was joined by my family & friends to honor my daughter’s birthday.  I felt even stronger finishing this one.  Emotional but strong.  I was slowly becoming the person that she wanted me to be and that I needed to be…physically and otherwise.

Those precious friends that joined me in that unforgettable run became my “sole sisters” over the course of the next three months as I trained with them to run my first half marathon this past April.  Something that I never, ever, ever thought I could accomplish.  And now I am training for another one at Kiawah Island in December.

I’ve had many runs that left me gasping for air.  The struggle to finish strong (and sometimes just to finish) parallels so much in my life.    I’ve learned  from watching my baby girl fight to live the two amazing months we had her…that I have to push through…glory is on the other side.  Life is hard and endurance runs will literally make you feel like you’ve been mowed down by a mac truck but you will only be that much stronger once you push through.   Don’t hit a wall running and stop…hit the wall and keep going…slower if you need to…but keep going.

The truth is that I’ve learned more about myself than anything else this year.  I’ve spent more time in prayer.  I’ve relied heavier on God.  I’ve quoted scripture more.  I’ve learned how to feed my body to fuel it.  I’ve learned how to push the limits of what I thought I could achieve.  I’ve learned that I can set goals for myself and stick to them.  I’ve searched my soul and realized that I’m stronger than I knew.  I’ve fallen in love with early morning runs and watching the sunrise and, along with it, the promise of a new day.  And I know that absolutely nothing is impossible with God! 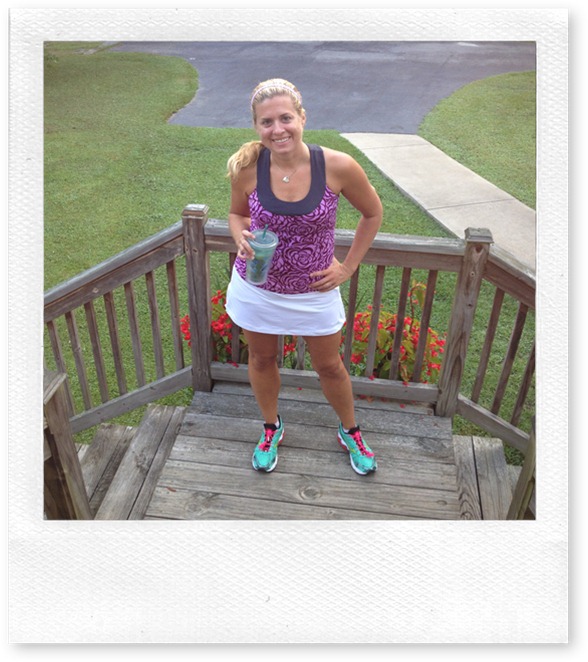 This was taken just after I walked in the door this morning from my 7 mile run (with my homemade iced latte in hand that I reward myself with after most every run…coffee & vanilla almond milk!).   By the way, I am now 43 pounds down in my weight and wearing single digit sizes!!!  I haven’t been this size since before ever having babies.  Can I get a Hallelujah!?!?  ;)

And…last but not least, the verse that resonates in my mind and many times on my lips mile after mile and day after day…

"Therefore since we are surrounded by such a great cloud of witnesses, let us throw off everything that hinders and the sin that so easily entangles, and let us run with perseverance the race marked out for us.  Let us fix our eyes on Jesus, the author and perfecter of our faith, who for the joy set before him endured the cross, scorning its shame, and sat down at the right hand of the throne of God.  Consider Him who endured such opposition, so that you will not grow weary and lose heart!”  Hebrews 12:1-3 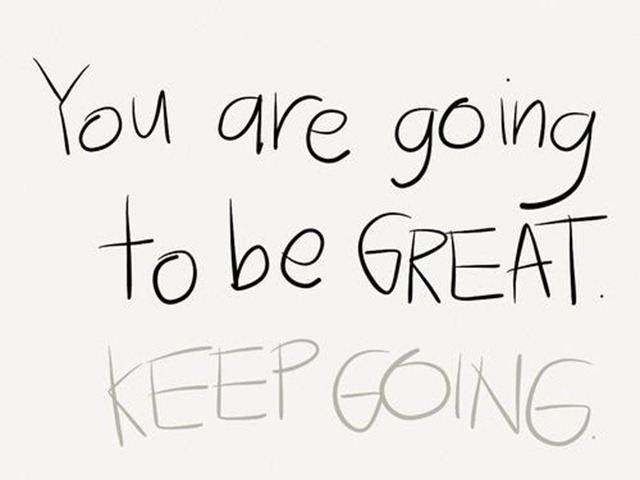 So inspiring!! I hit a wall and quit for a week but we are back at it. Feeling like I'll never gain strength. Definitely a journey!! Much love to you!

This absolutely gave me chills. And sweaty eyeballs. I'm SO glad you shared this on FB. I love hearing about other people's journeys. It inspires me to keep going. We're not alone in this. xo

Sweat Is My Sanity said...

Let me know if you'd be interested in being featured on Motivate Me Monday. I think your story is so great! Pop over and click on the button and see the many wonderful women who have done MMM. Congrats...you look FABULOUS!

Thank you for posting this. I've always loved the idea of running, just haven't laced up the shoes and truly tried it yet. Maybe now I will! You are truly inspiring. Keep up the great work!

you look awesome! thank you for saying it's hard - i see all these people running and they make it look so easy and i seriously can't run the block but i WANT to!!