Since Wyatt has a history of choosing for his character to be slaying his baby brother’s character, I told him that this year he couldn’t kill whatever the Bear was going to be.  (2009…Knight & Dragon, 2010…Hunter & Deer)  I thought that was a pretty good rule to follow.  Wyatt started thinking of duo’s right away and this is what he decided on… 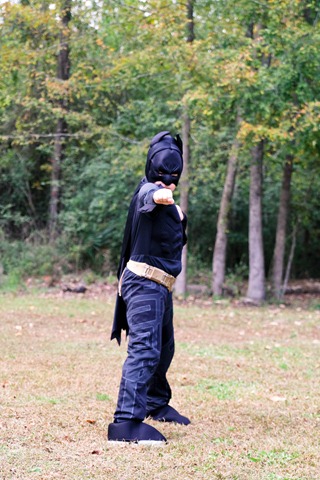 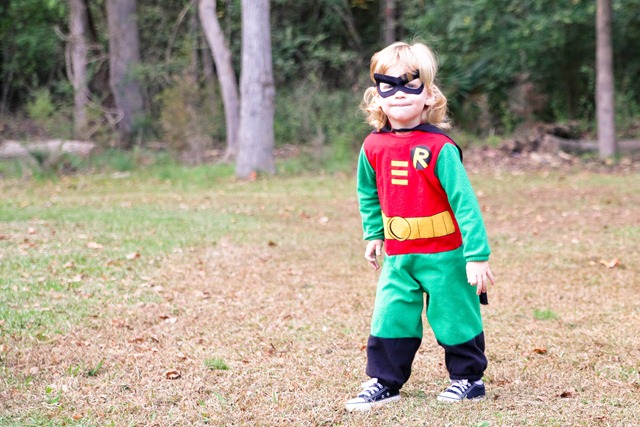 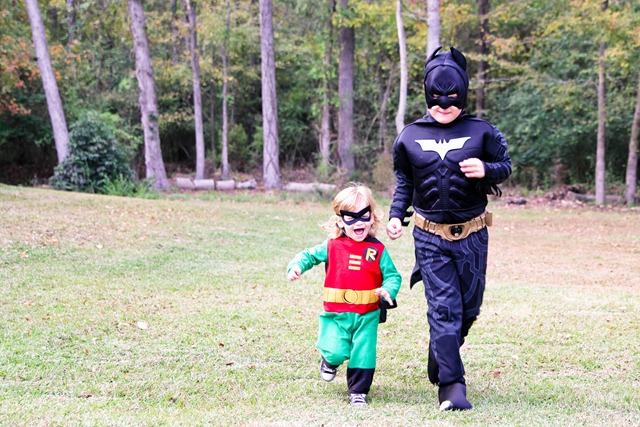 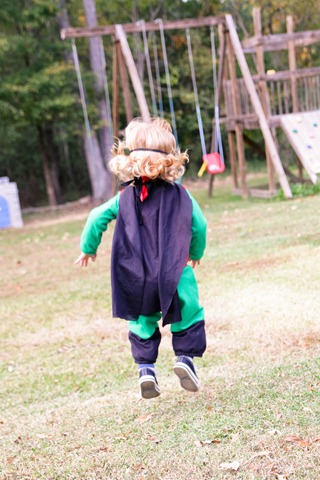 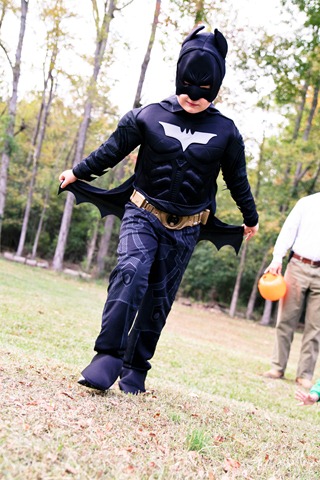 I thought his choice couldn’t be more fitting for our little dynamic duo…Batman & his little sidekick, Robin!

Luke really got into it this year and even said “ti-teet” a few times!  He got really good at saying “mo tay-tay” though! (Translation: ti-teet is treat or treat & mo tay-tay is more candy) :) 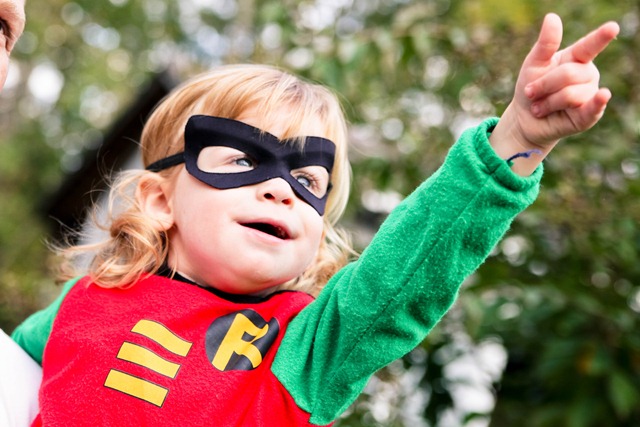 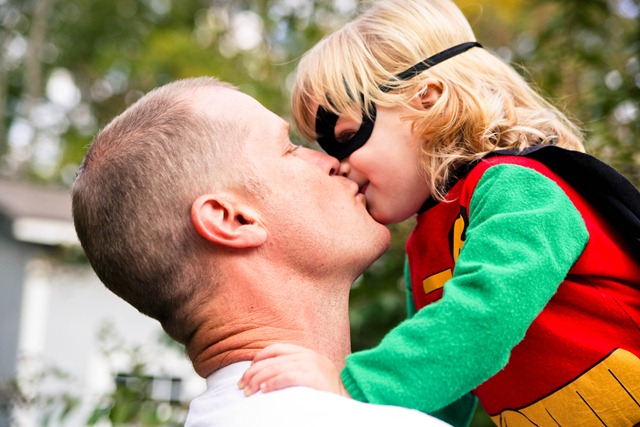 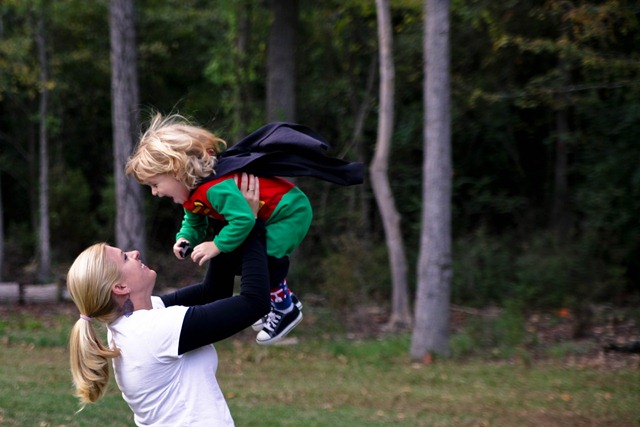 Like the “Ho Ho” jammie pants sticking out?   I am seriously considering putting the tree(s) up this week…or at least starting!  Decorating for Christmas somehow makes the cold a little less miserable.  (And, yes, it is cold! In my humble, southern opinion, anything that requires a jacket or for us to dress in layers is cold. It’s just what you’re used to, I guess.) 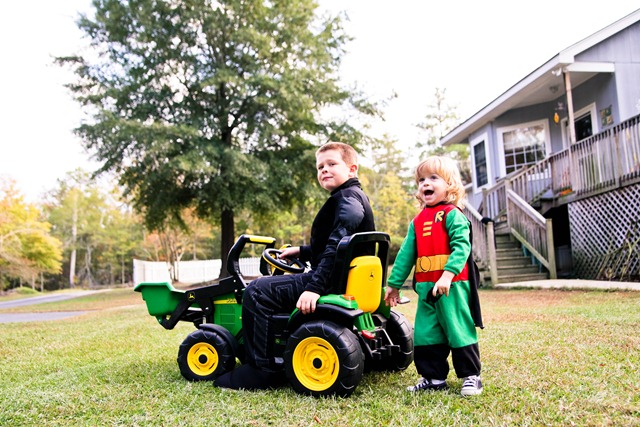 We took a few photos in the yard just before we left and, as always, the “tra-tra” had to be jumped on before we ever make it to the truck!

The boys had so much fun and I can only imagine what Luke will be like next year.  Wyatt was the polar opposite at this age and wouldn’t even hardly wear a costume and had nothing to do with it until he got older.  Luke, on the other hand, went right up to the scariest house complete with black strobe lights, a witch and a scary man laugh…and put his little hand right into their candy bowl and wanted to play with their “pup-pup”.  Totally, completely unfazed.  He carried his pumpkin full of candy dragging the ground and thought he had hit the jackpot all night long.  I’ve never been much of a Halloween person but Luke just might make me into one.  That little bringer of Light keeps us going…especially when he’s always trying to keep up with his big Bubba!

i LOVE their costumes!!! awesome duo!!

So dang cute! Love their costumes & those cute boys of yours!!!

They look perfect! I just love that Luke loves to pair up with his little brother (makes me wish Noah had a little brother!). Your pictures are SO GOOD!!! I wish I could get better pictures... I just haven't had the time to figure it out yet. But you are so good at capturing the moments!