He's waited a long time for his ball season to begin.  Last year, his team had only one practice and then everything was over...so it sure has been fun getting to see Bear enjoy the game we all adore! 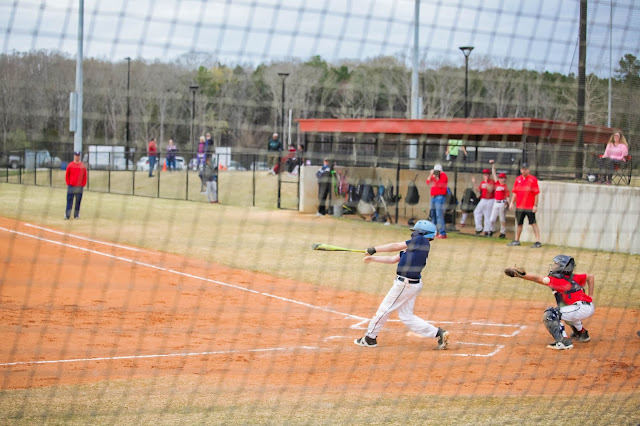 The really fun thing is that Scott is helping coach this season!  He's standing by first base watching his baby boy take some serious cuts and hit! 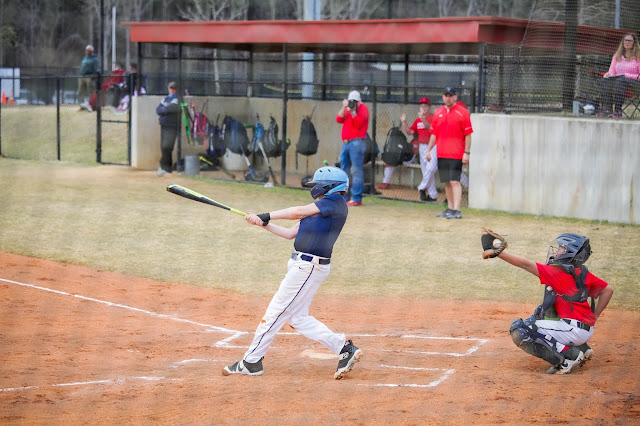 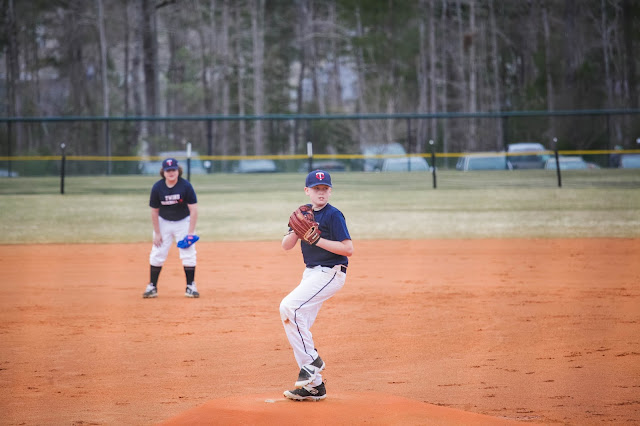 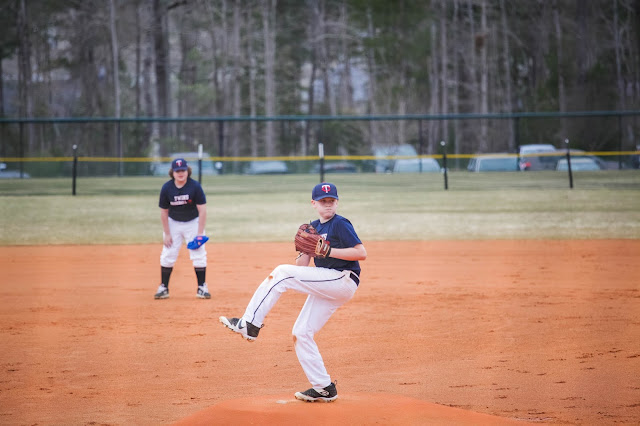 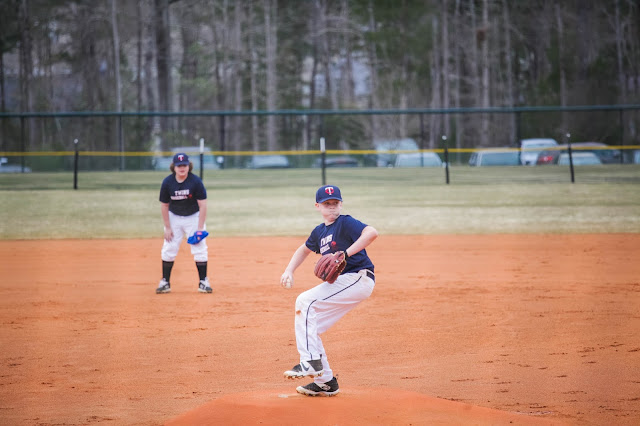 We all agree that Bear looks like he's going to blow his cheeks out when he pitches.  Which is similar to his brother looking like he may bite his tongue off at times! They sure do put a lot into throwing that little ball! 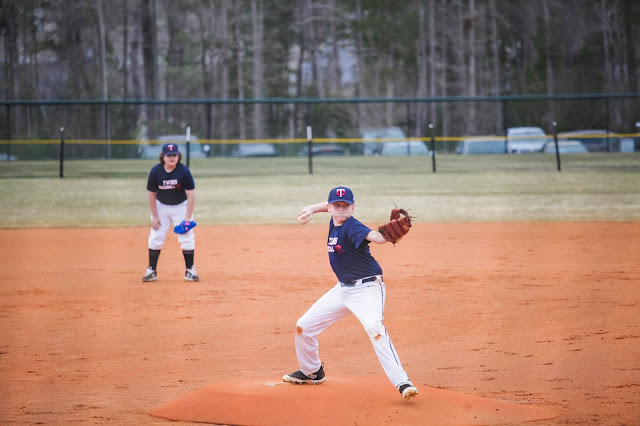 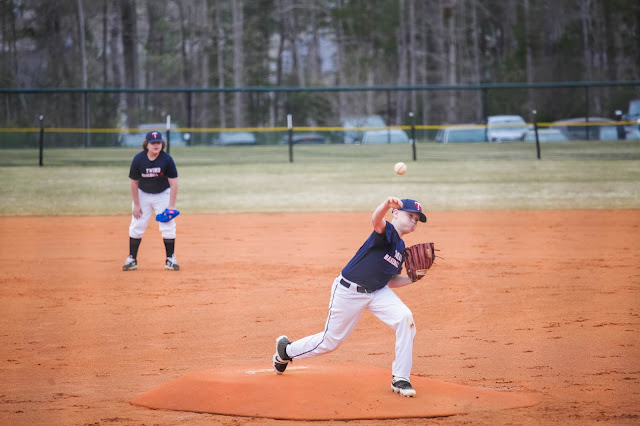 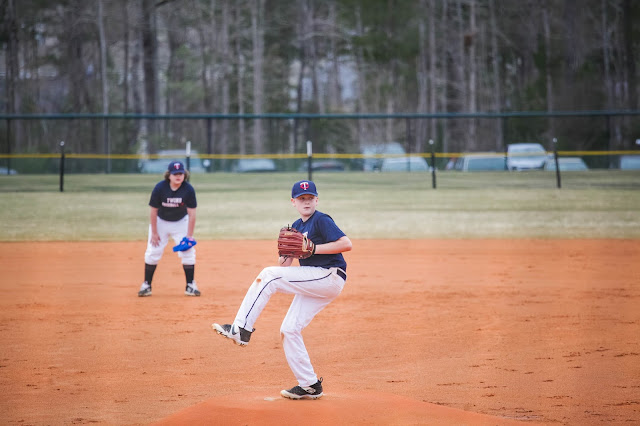 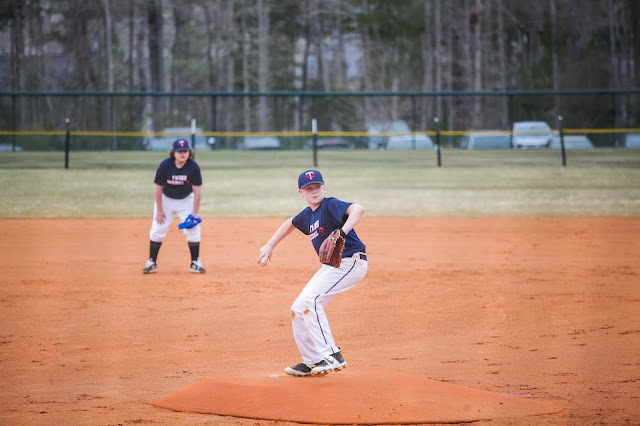 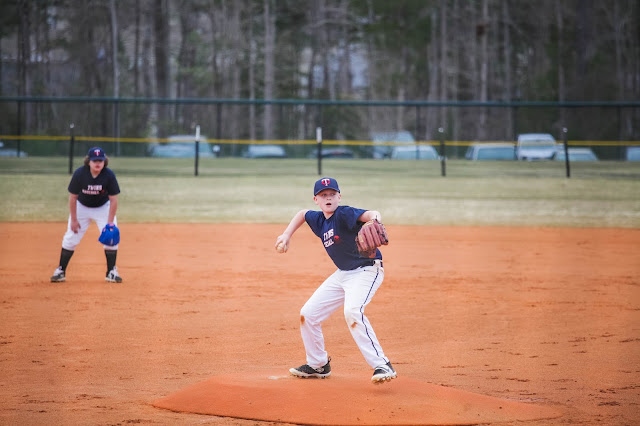 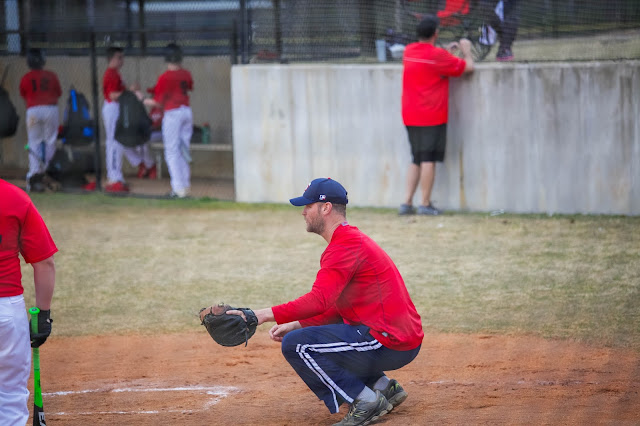 Catching for Bear as he warms up... 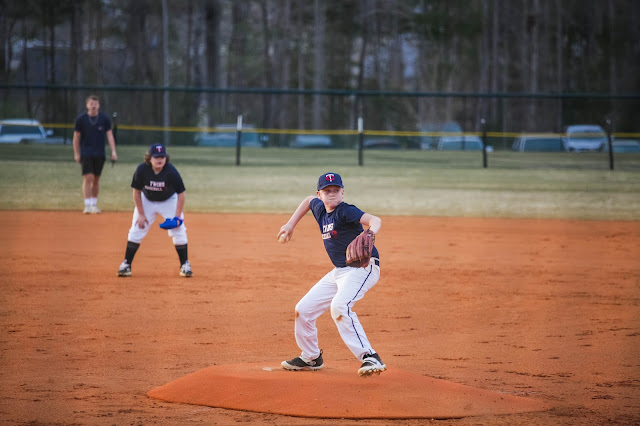 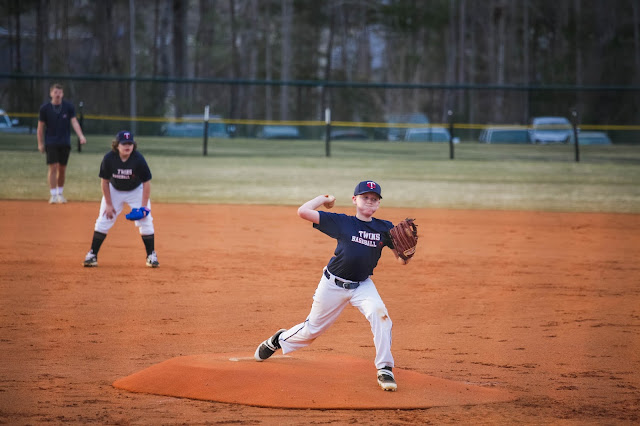 My hands are full at the ballpark with big brother playing a game himself elsewhere, dad coaching and me with the girls...so I didn't get any of us all together...plus, this team plays forever!  I ended up taking the girls home for dinner and bedtime two hours later.  It may have been a long game but it sure was fun!!!  So grateful to have some time back at the ballpark again this year!
Posted by The B Family at 2:55 PM