For the first few years after Annabelle went Home, our family would stop by and visit her every single Sunday after church.  It was the only place I knew to be to be close to her.  I just wanted to know that some thing, some part of her was near.  And so, in that season, spending time here felt right.  We created some of the sweetest memories with the boys here...teaching them from the beginning that this was a special place...a sacred resting spot for their sister and the memories we have in this space from that season are beyond precious.  But, something changed over time and visiting became a little more less weekly and more when my soul just needed her presence in a stronger way.  Visiting so often had somehow slowly made it a routine rather than a reason...

This year, we visited for her birthday in January and then again during "her days" often...and then I made sure to put out a spring wreath for her just before flying to the other side of the world for our littlest love.

It's been on my mind often...going by...introducing our Sunshine to her biggest sister...but my heart just hadn't reached a peace over it.  I knew there would be tears and many of them.  I recall vividly returning from China with our Panda girl and visiting Belle shortly thereafter.  I just wept.  Uncontrolled emotions.  And, I just wasn't ready to do that again.

But, something deep inside started stirring about a month ago that it was time...and so Ailee James and I spent the morning a few weeks ago rummaging through Michael's trying to find just the right things for a fall arrangement.  In true to me fashion, I decided to make something rather than purchase one all ready to go...and save a buck in the process.

So, we gathered gold and burlap and tiny white pumpkins and pale pink roses and went home.  Ailee James enjoyed her lunch while I worked away and tried my hand at a wreath once again after having taken quite a break.  Simple and sweet was all I desired for my Glory Baby...and it was just that.

After dropping off the bigger three to their homeschool academy this week, Ailee James and I went.  I was already crying before we pulled in.  What do I even say to her?  She's a pretty smart little cookie so how much do I share?  And will she even understand this???  She knows she has a sister in Heaven but this is different...

We parked and walked across the well trodden grass...and, as we approached, my little Sunshine immediately saw something she recognized and ran towards it...  She turned at me and exclaimed in her ever cheerleader volume voice as she ran "Ma! Jesus!!!"

Without knowing why we were there or even exactly which special spot to visit, she went right to her sister...and popped the sweetest little China squat and pointed her tiny little finger right at the image of Jesus holding the children in his lap that we chose for her marker.

I have no idea how or where or when but some time between her birth and being in my arms...she's seen Him.  She knows who He is and she has the purest joy when she sees anything that resembles Him.

My tears quickly turned to laughter as I watched in amazement how He had already knit this moment perfectly together...far greater and far more joyful than I ever thought possible.

So, I switched out the wreath and she just kept staring at her Savior.  Both of us...in awe. 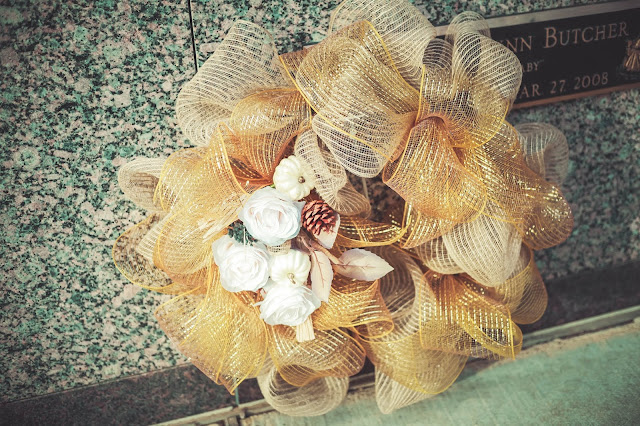 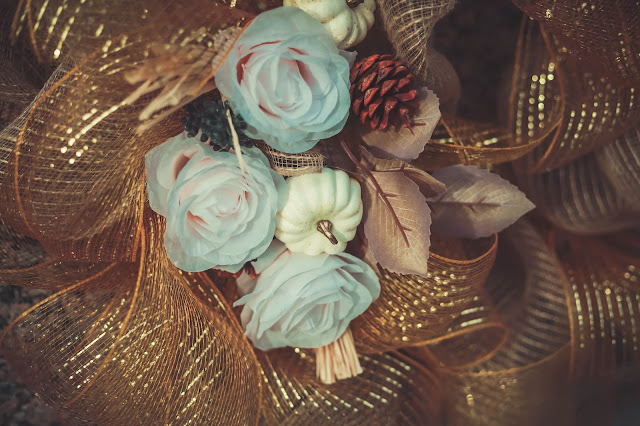 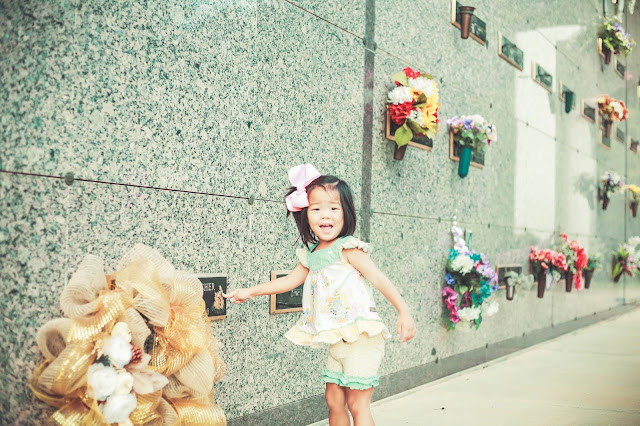 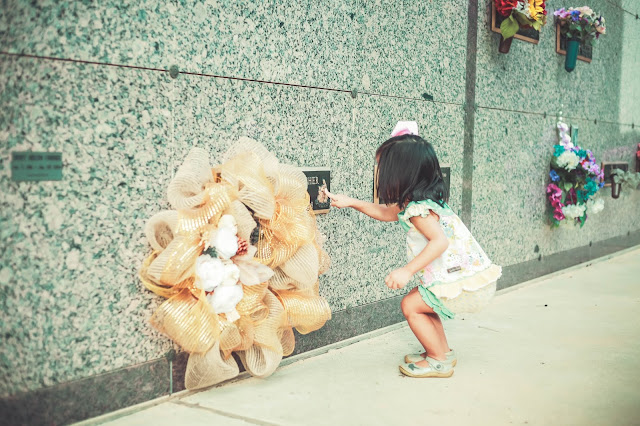 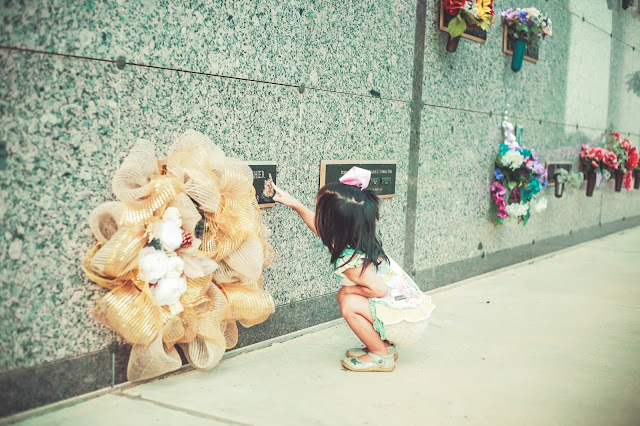 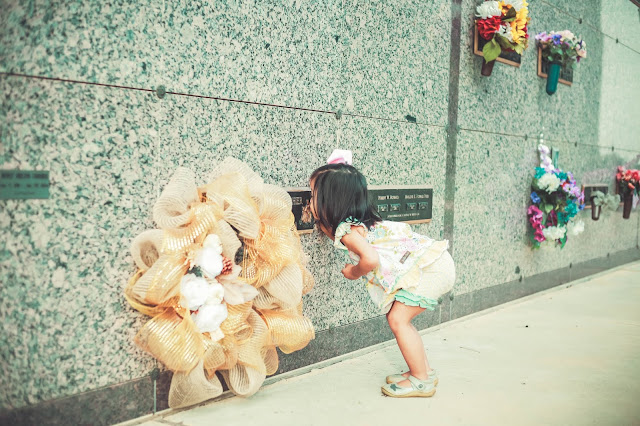 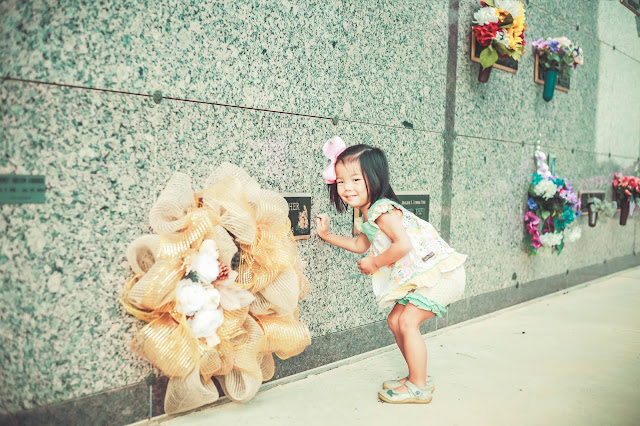 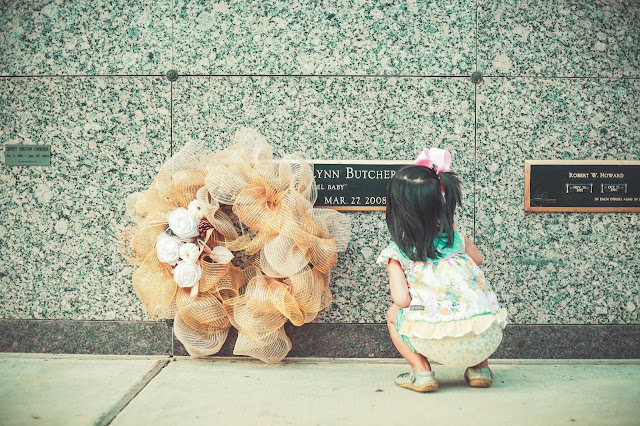 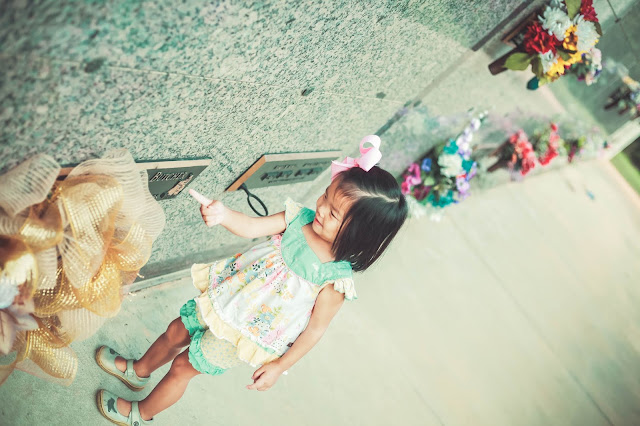