Sweet boy has waited five long years for his turn on the ball field and today he finally got it!  He hit like a champ, fielded grounders and chased down the runners almost every time.  His daddy {aka Coach Scott} had to move him around a good bit to give the other kids a chance at the ball.  He's played too many times with his big bubba and knows the game pretty well...and we were just waiting for him to ask why the kids weren't getting sent back to the dugout after he tagged them out over and over and over again.   So, Coach put him in the outfield for an inning and, sure enough, he went down and played in the dirt...just not enough action out there for my busy bodied baby boy!

I think we've got another baseball boy on hands!  He told us last night how "very very nervous" he was about his first game but turned all those little butterflies into energy for a great game!

My favorite part of the day was just before he left for the game...he asked for some eye black like Wyatt wears and said he wanted to but a Bible verse on his, too.  So, I asked him which scripture he'd like to put on it.  His response was "Jesus 2-9-10"  PRECIOUS!  No clue where he got that but I thought it was just darling!  We settled on Luke 1:37 which is the verse that led to his name and the promise that God had given us very early into our pregnancy with him as we doubted and feared so much after losing Annabelle.

Luke truly is our Bringer of Light...he makes us laugh all the time and is such a joy to watch grow! 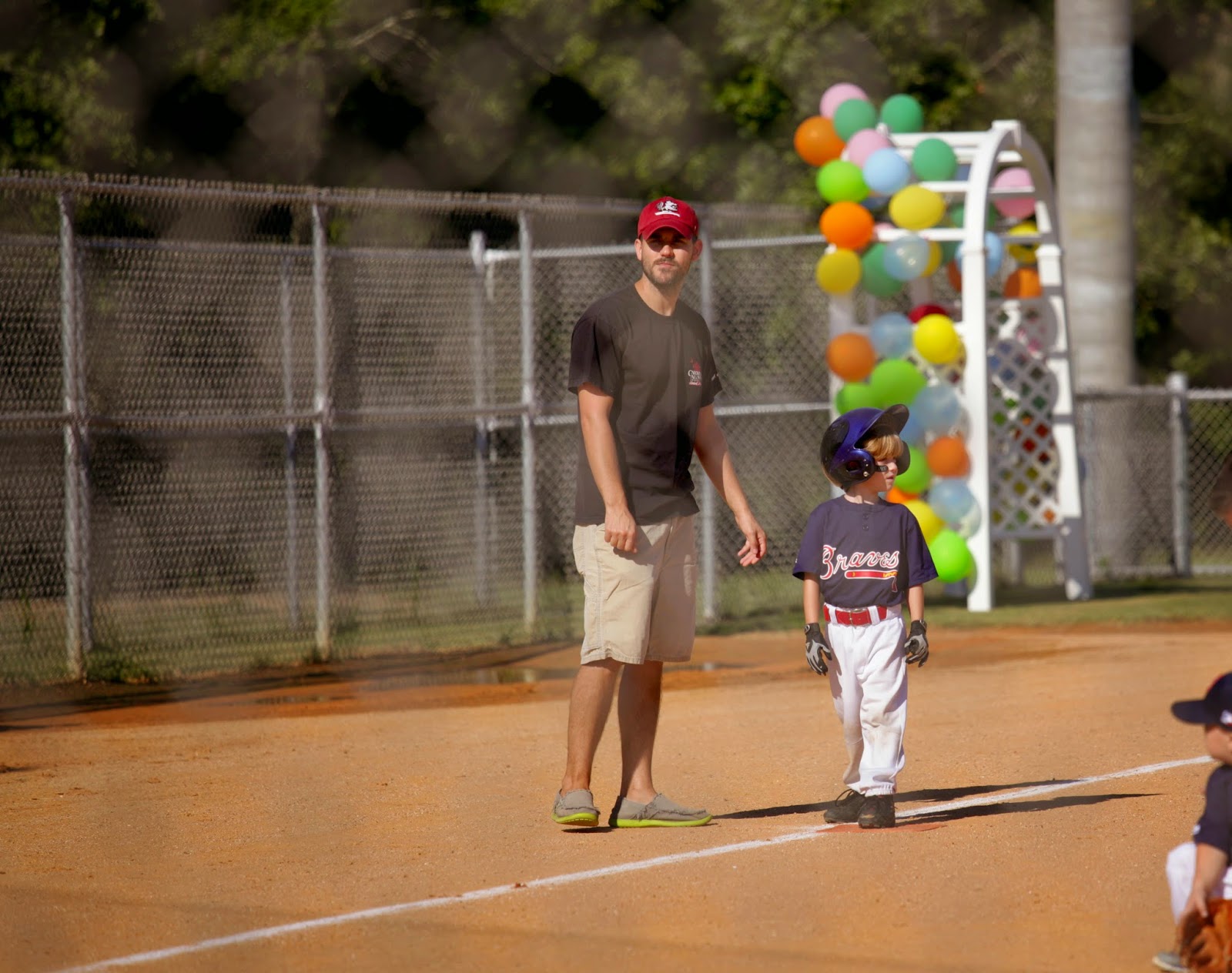 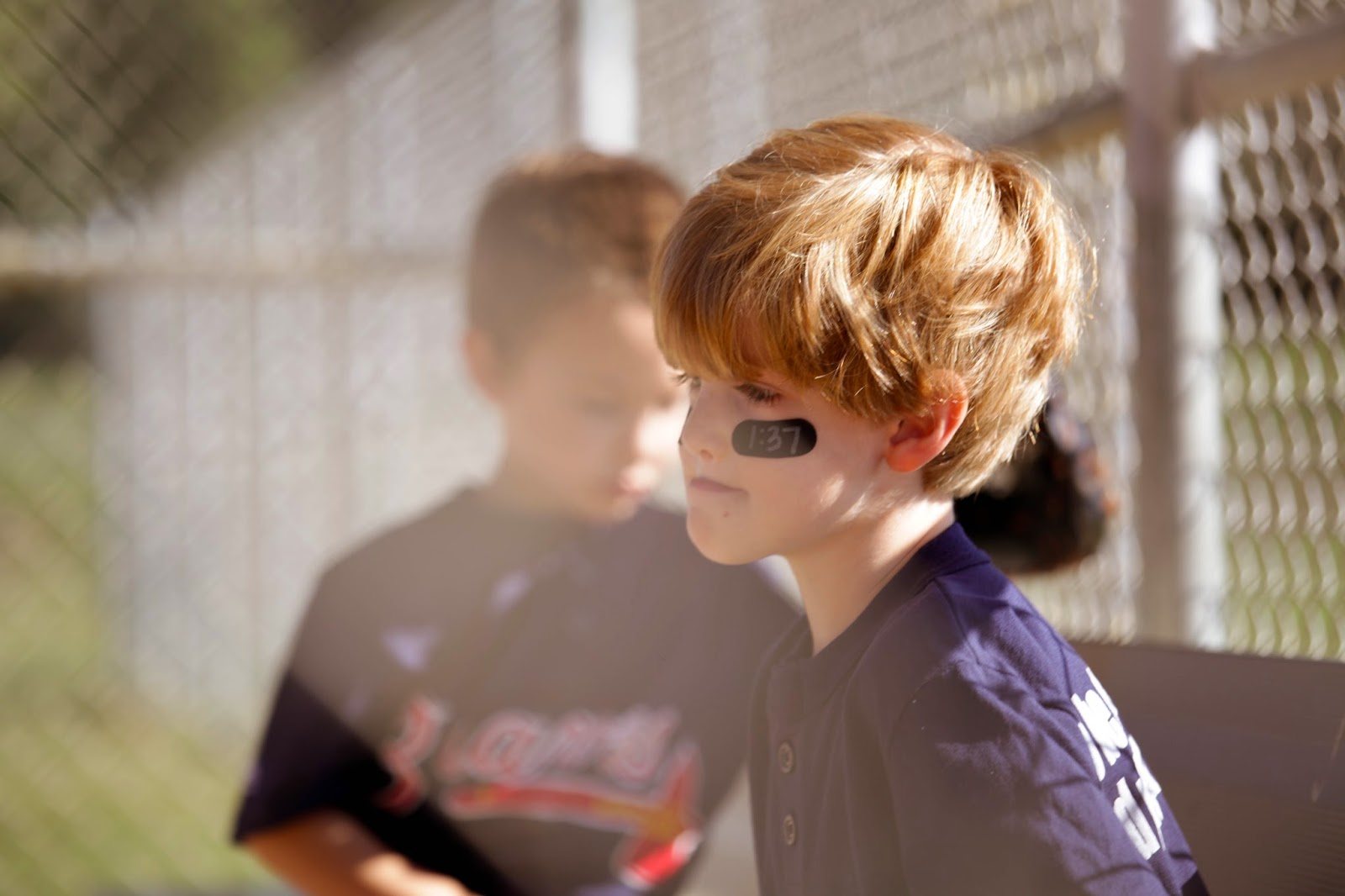 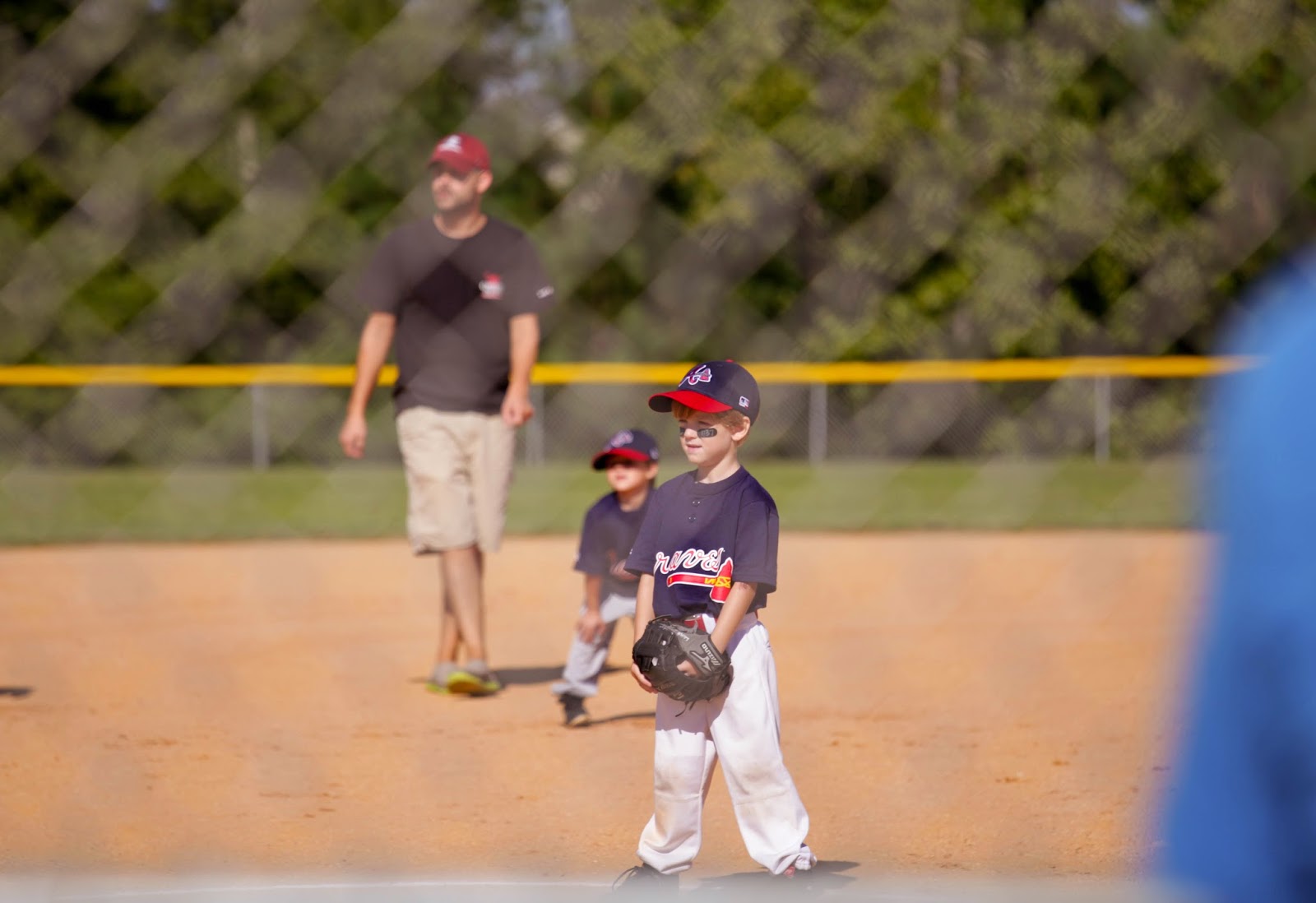 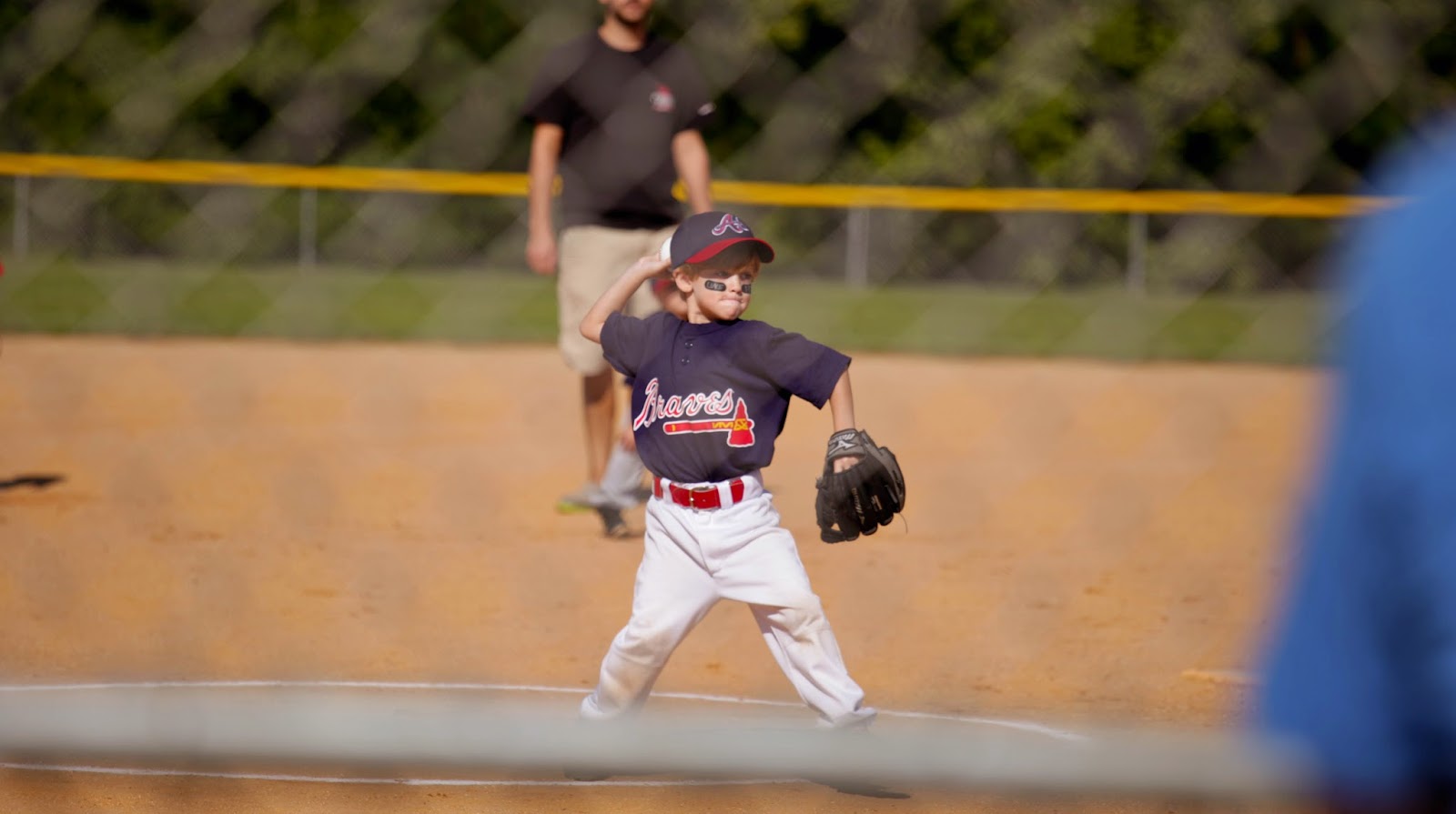 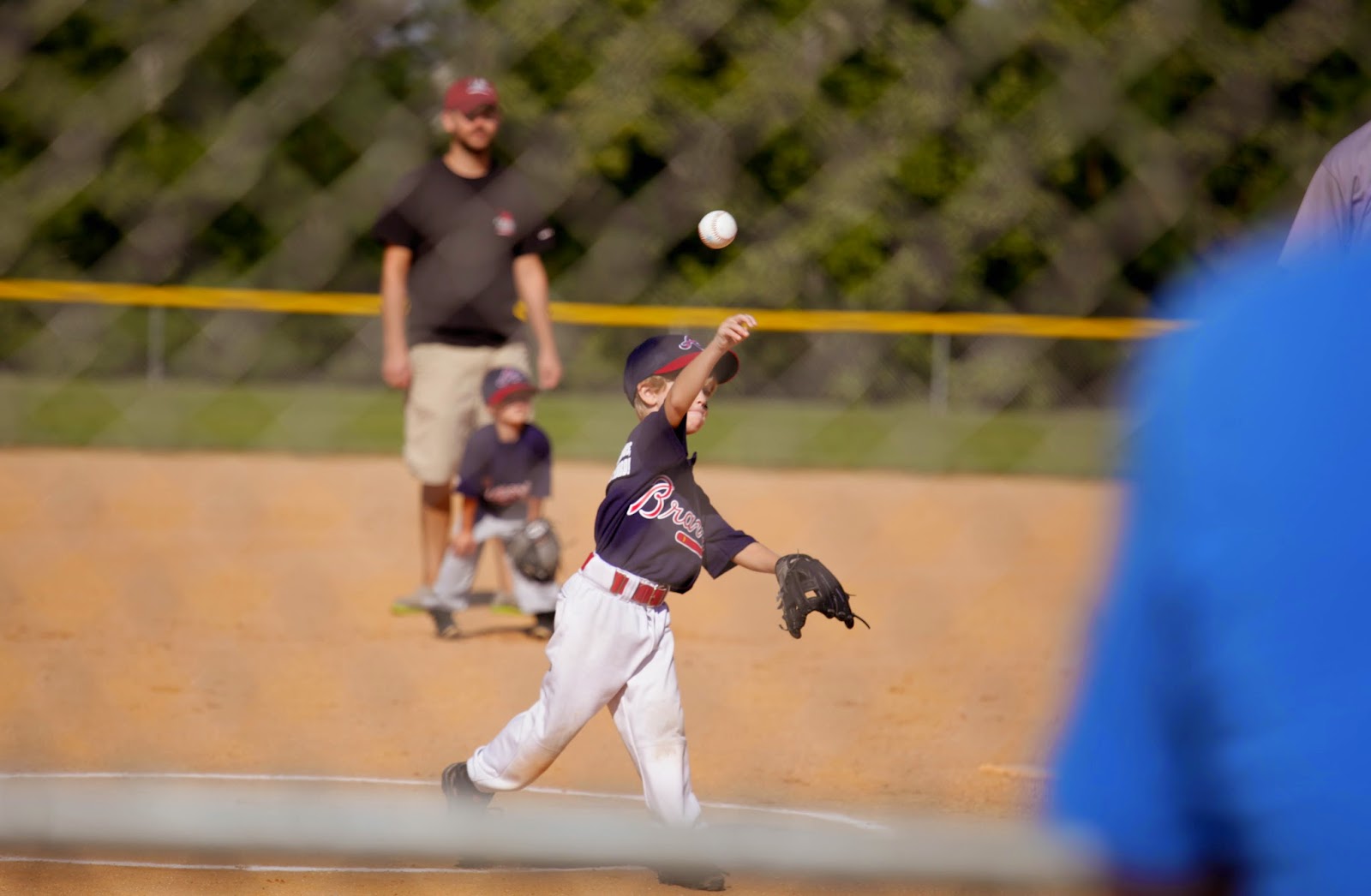 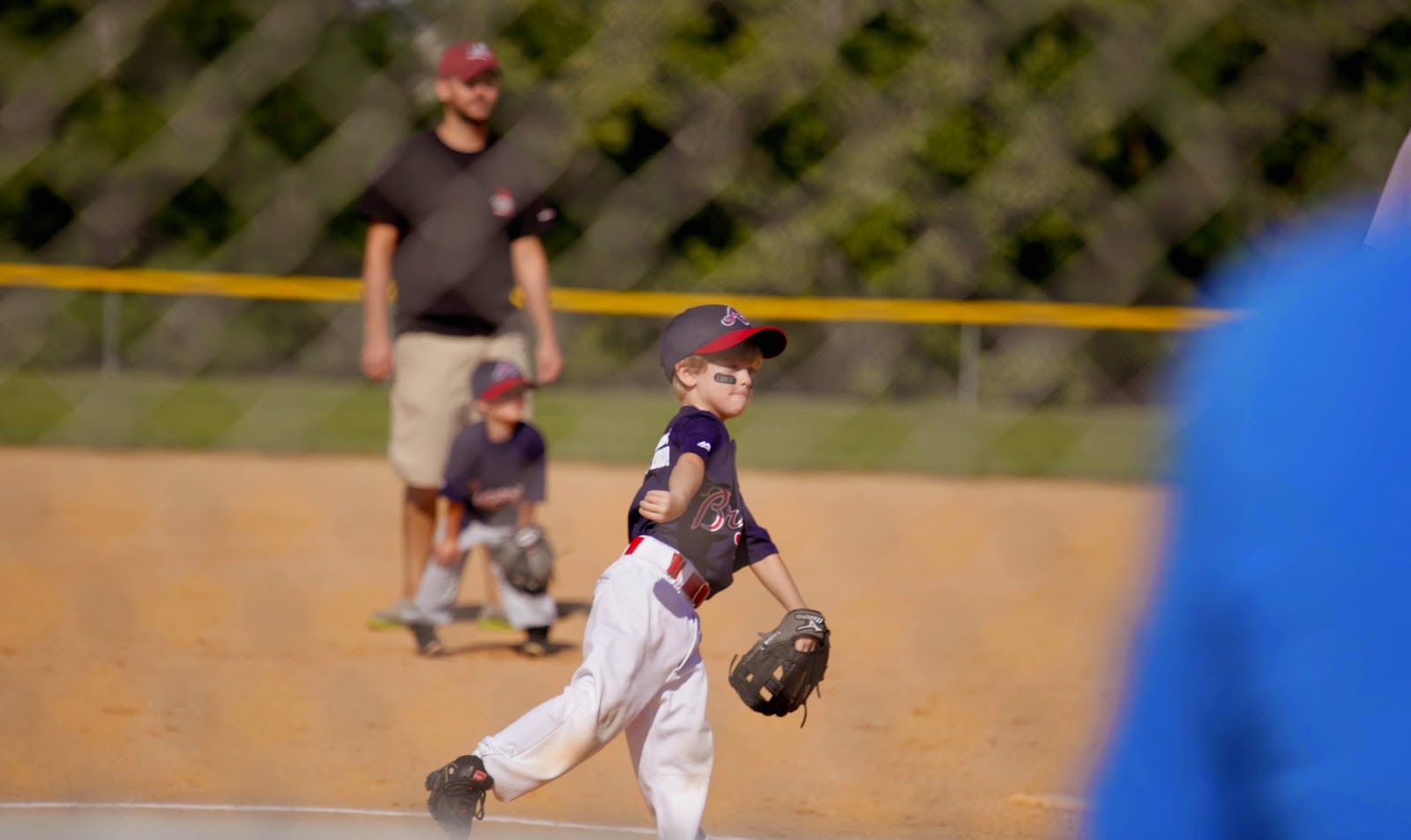 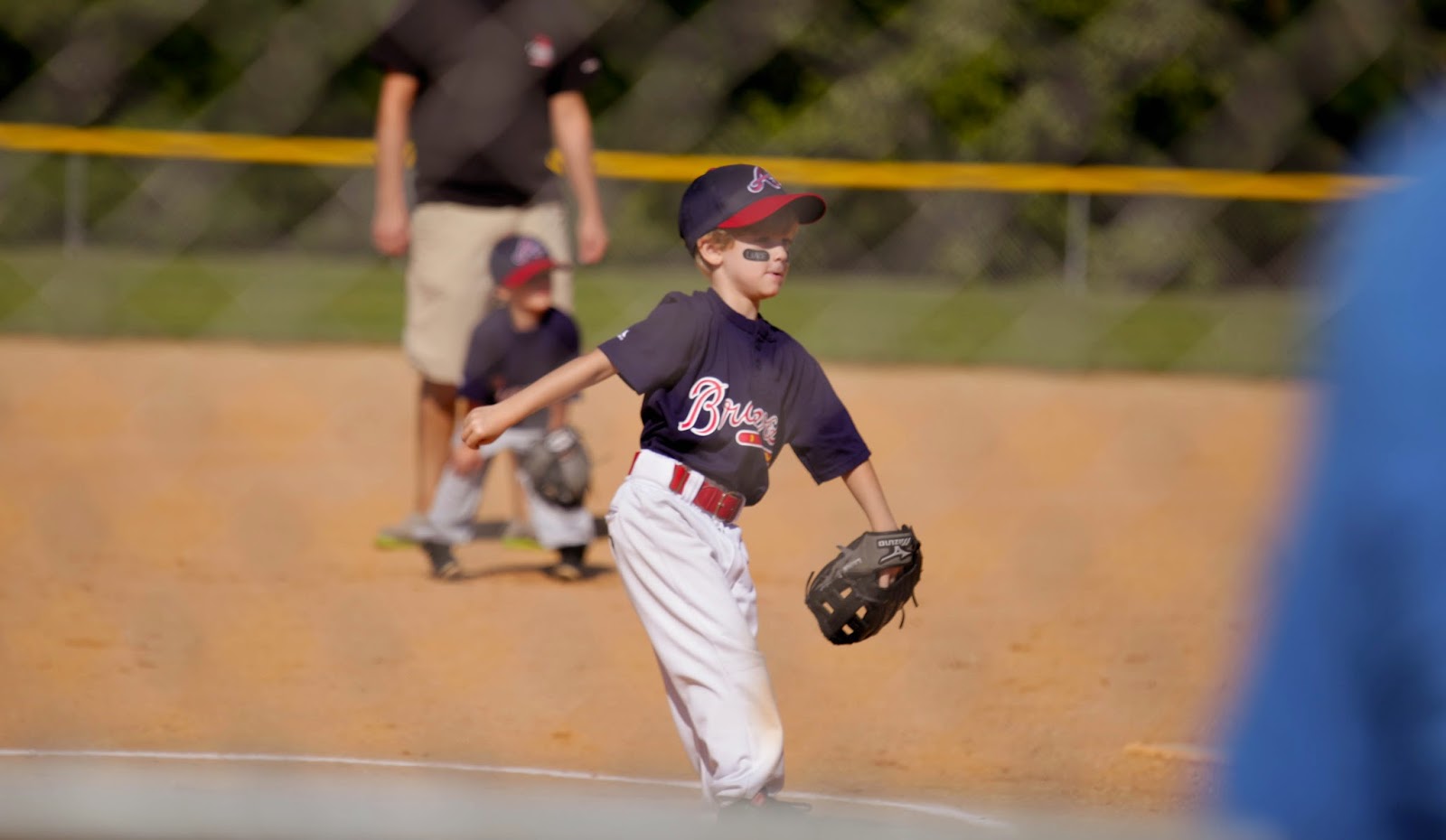 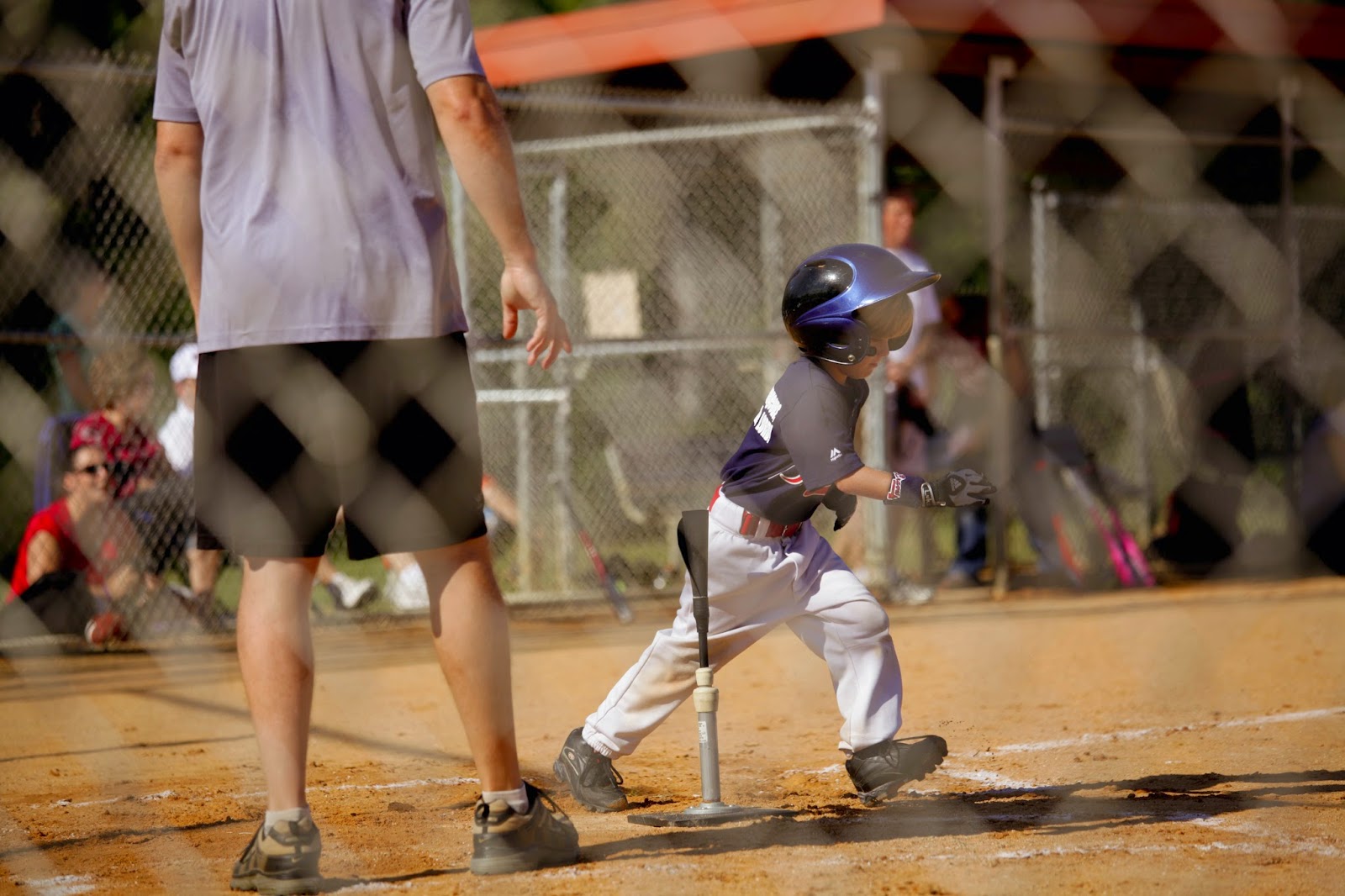 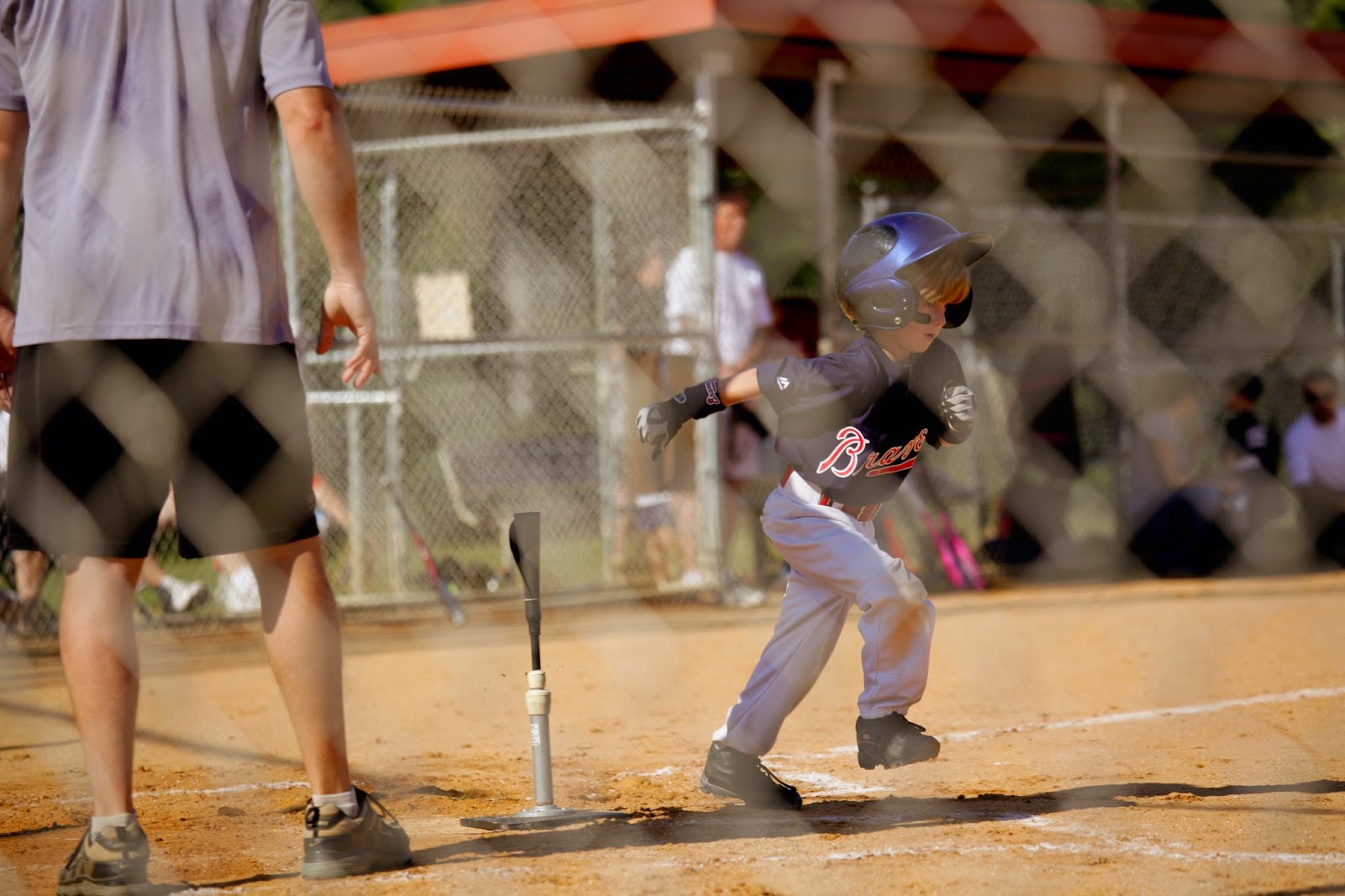 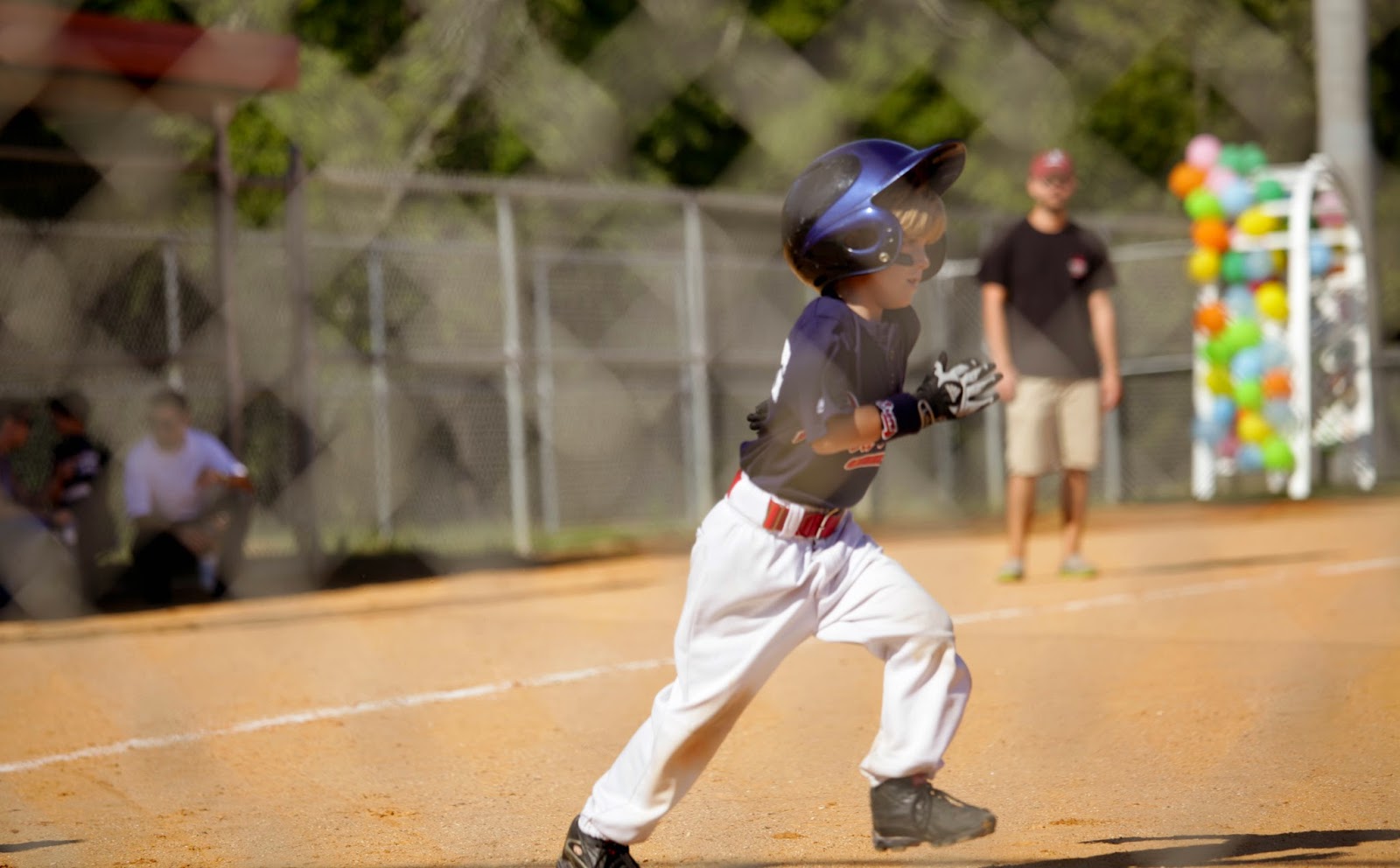 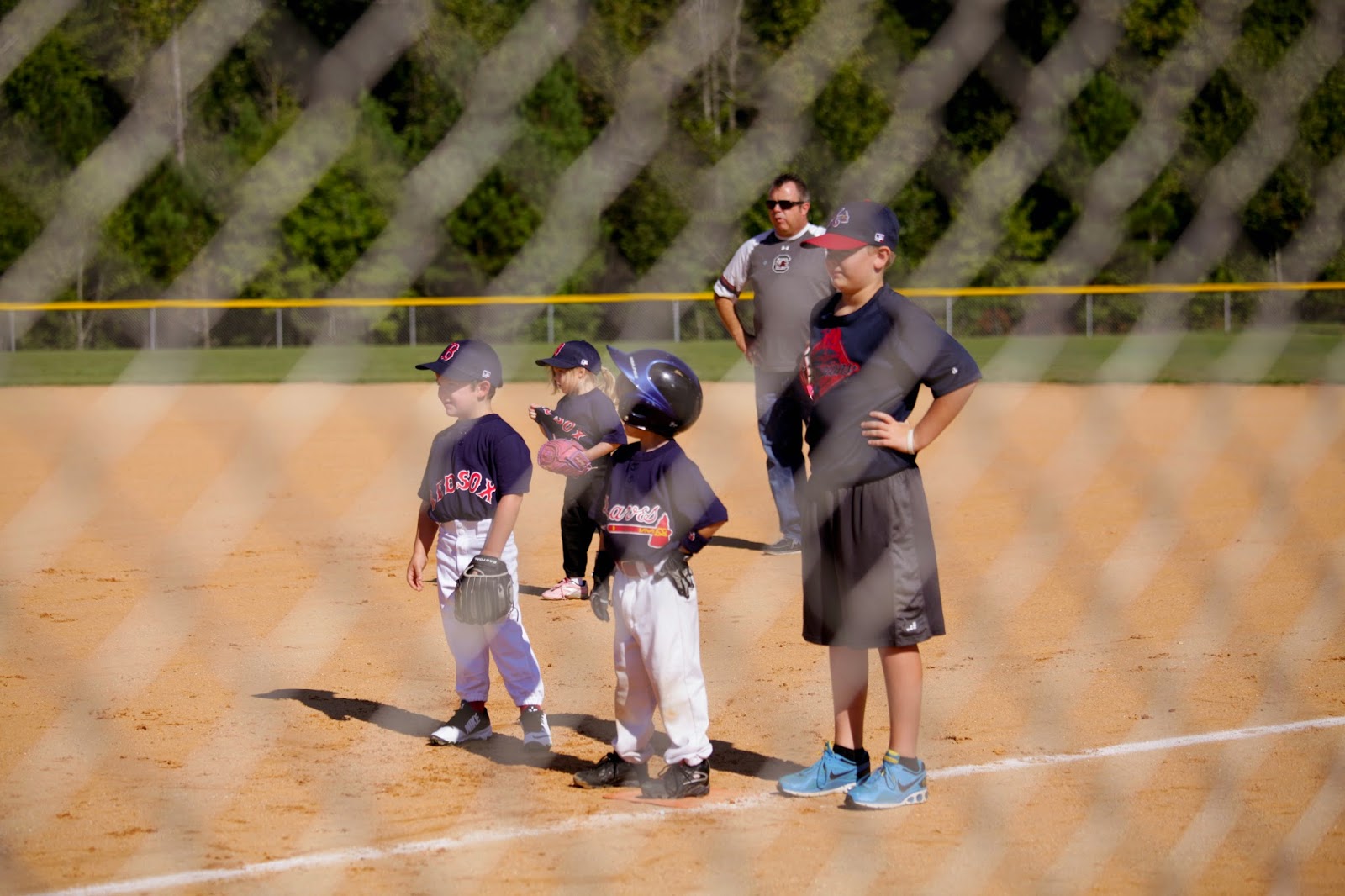 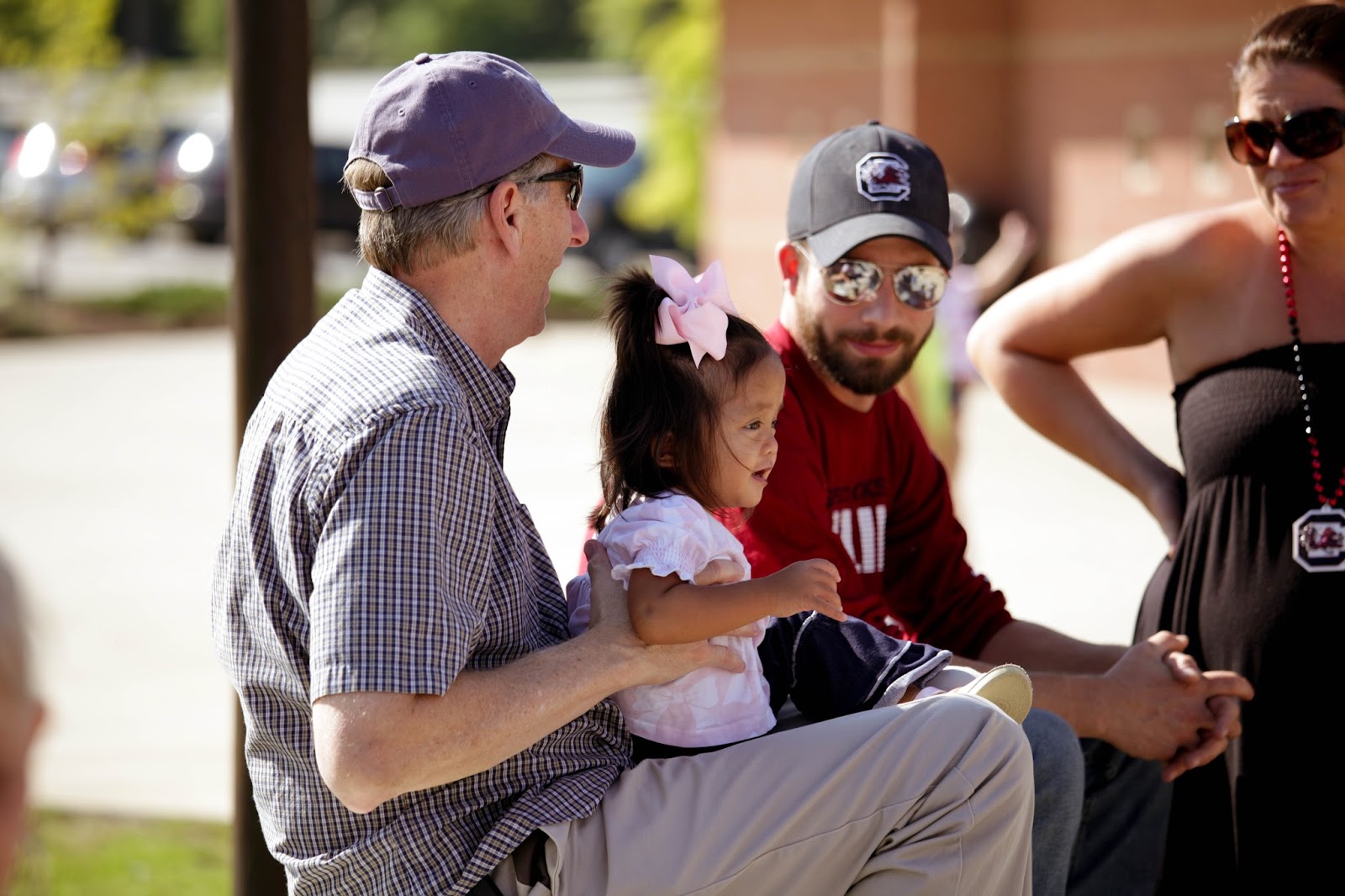 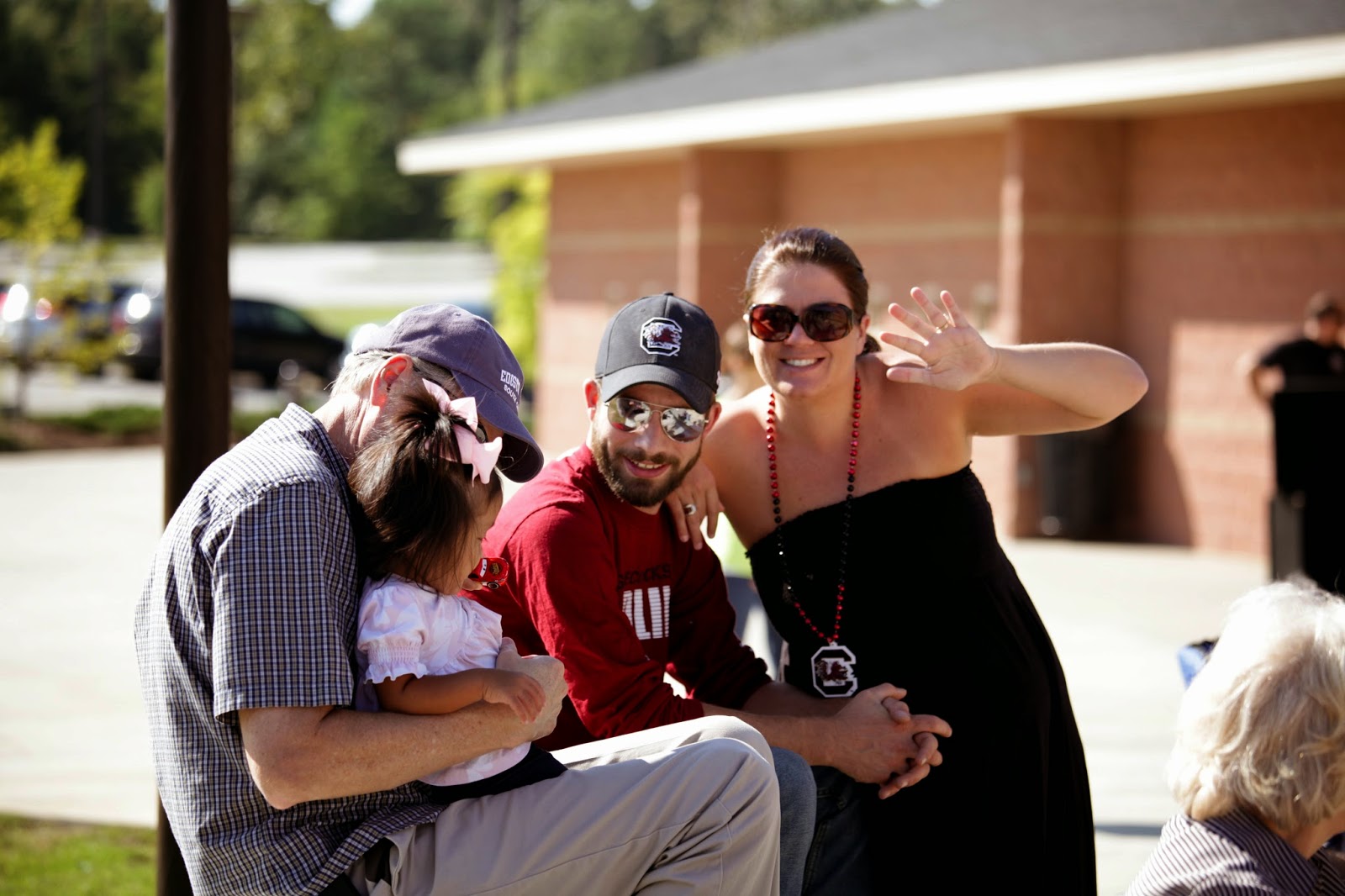 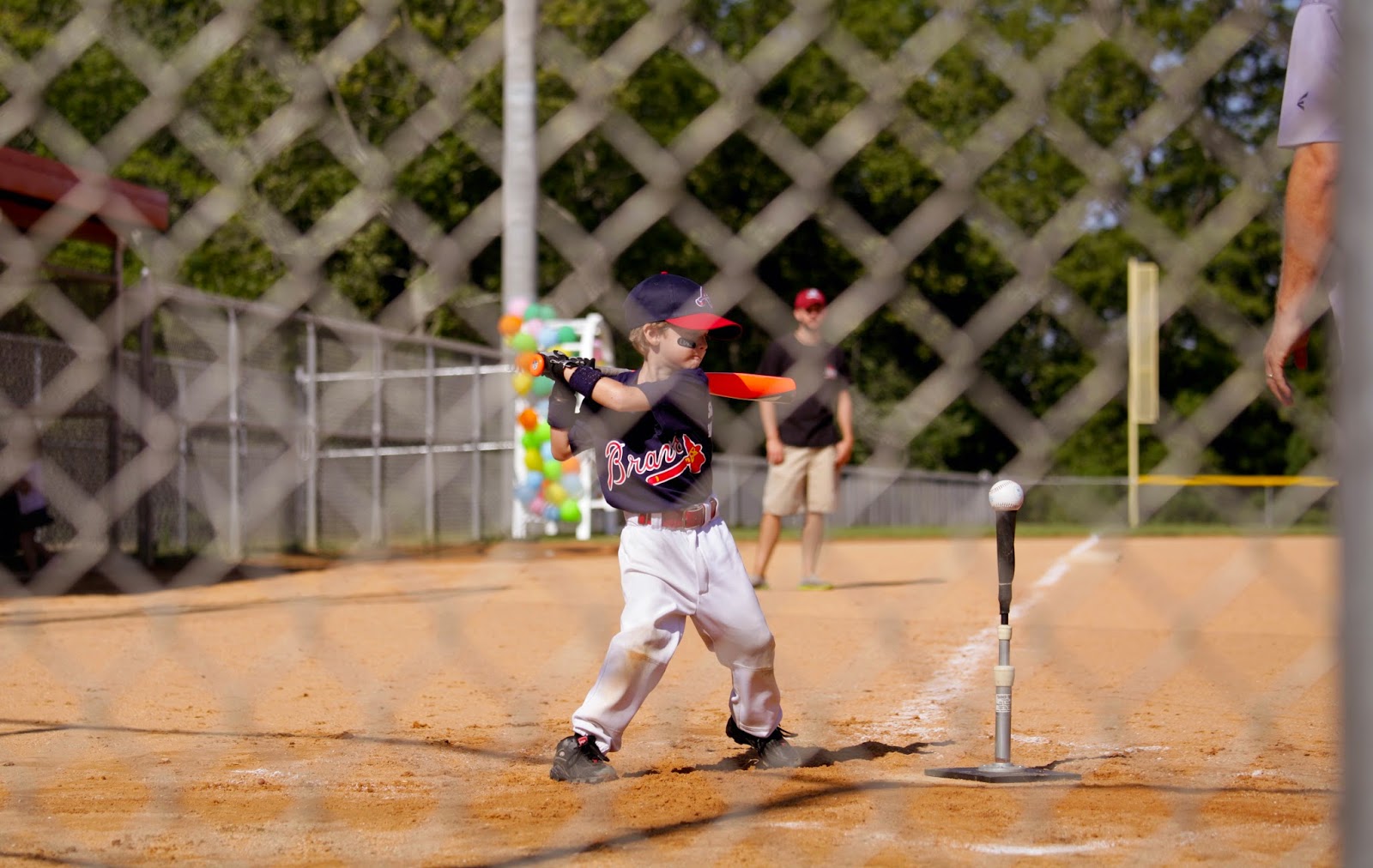 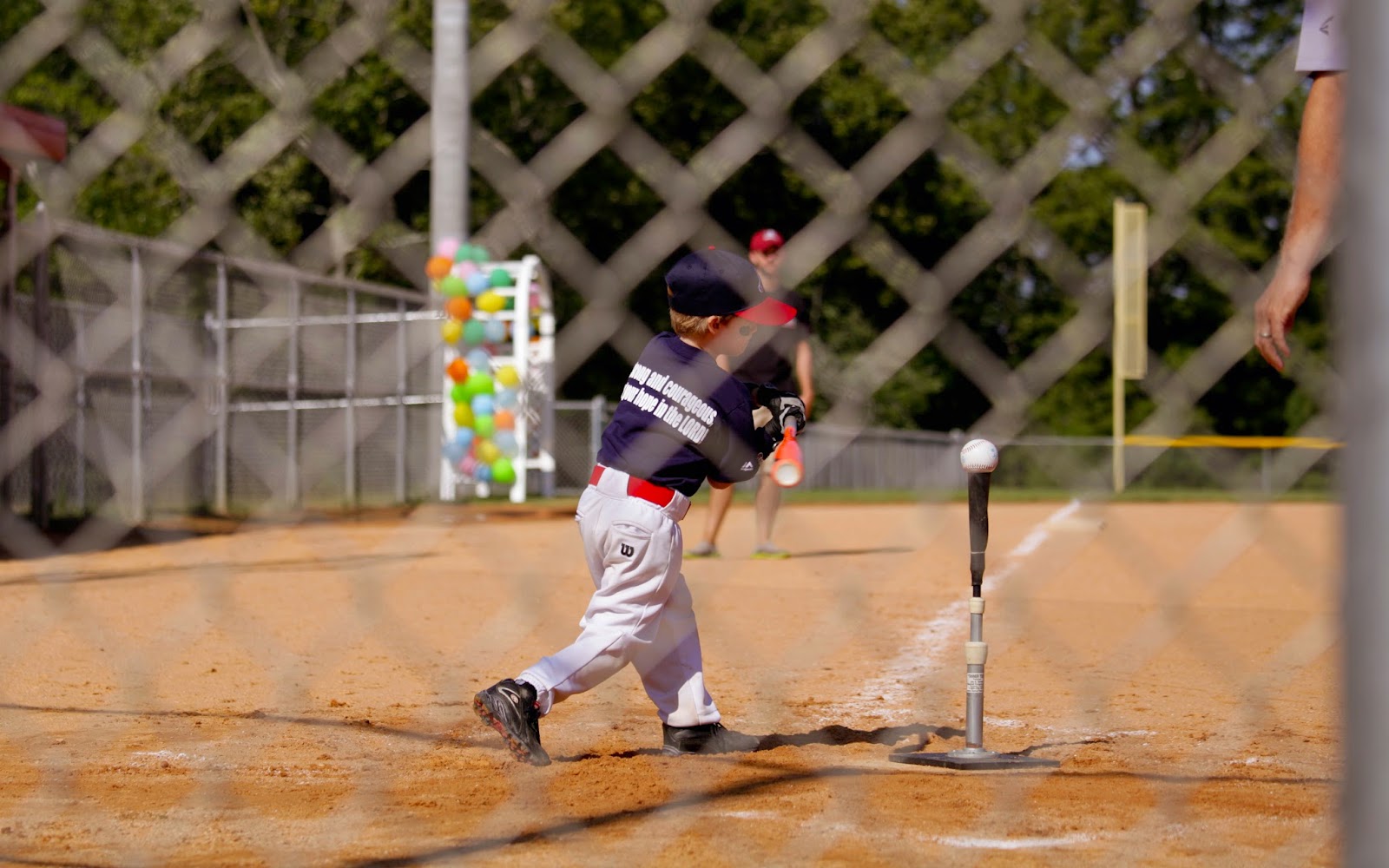 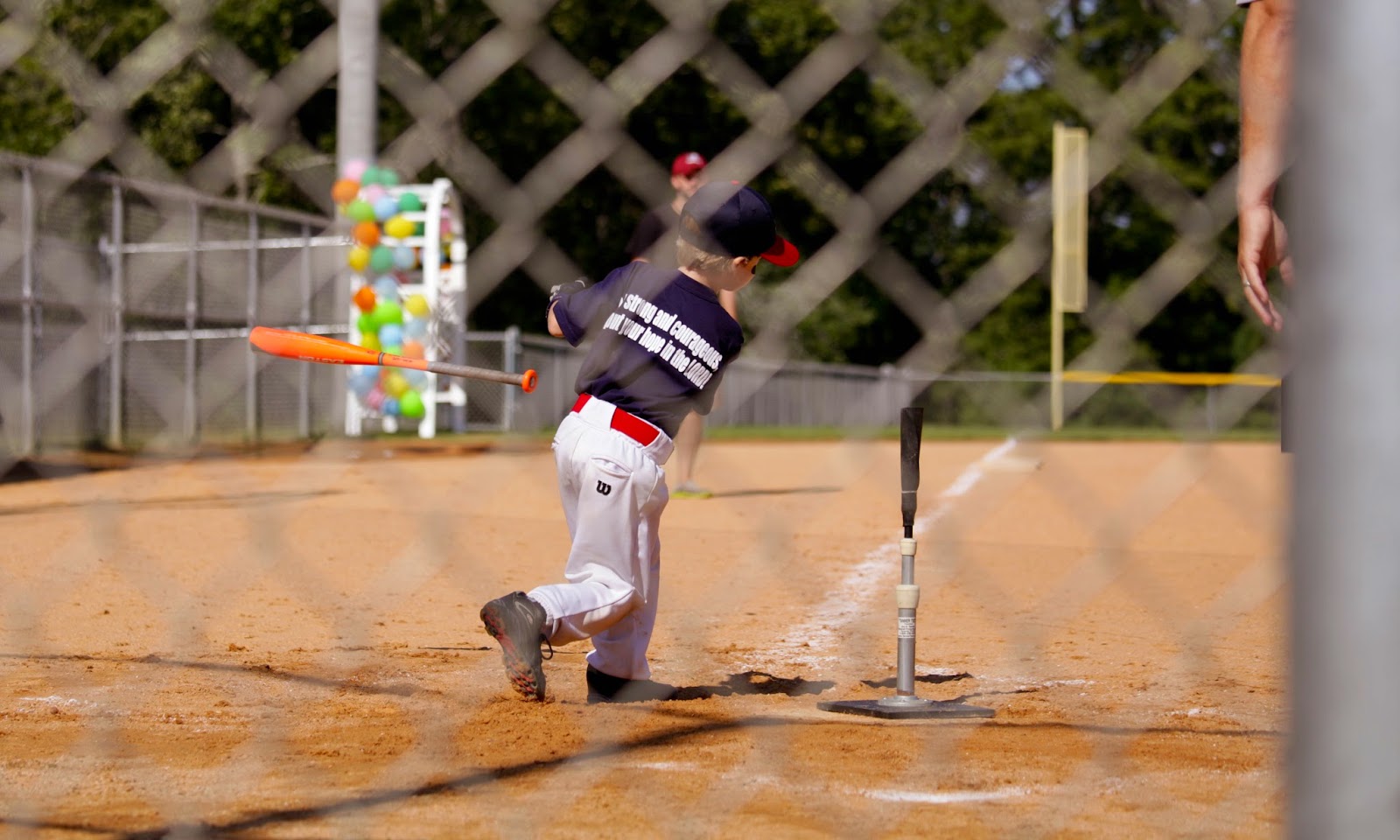 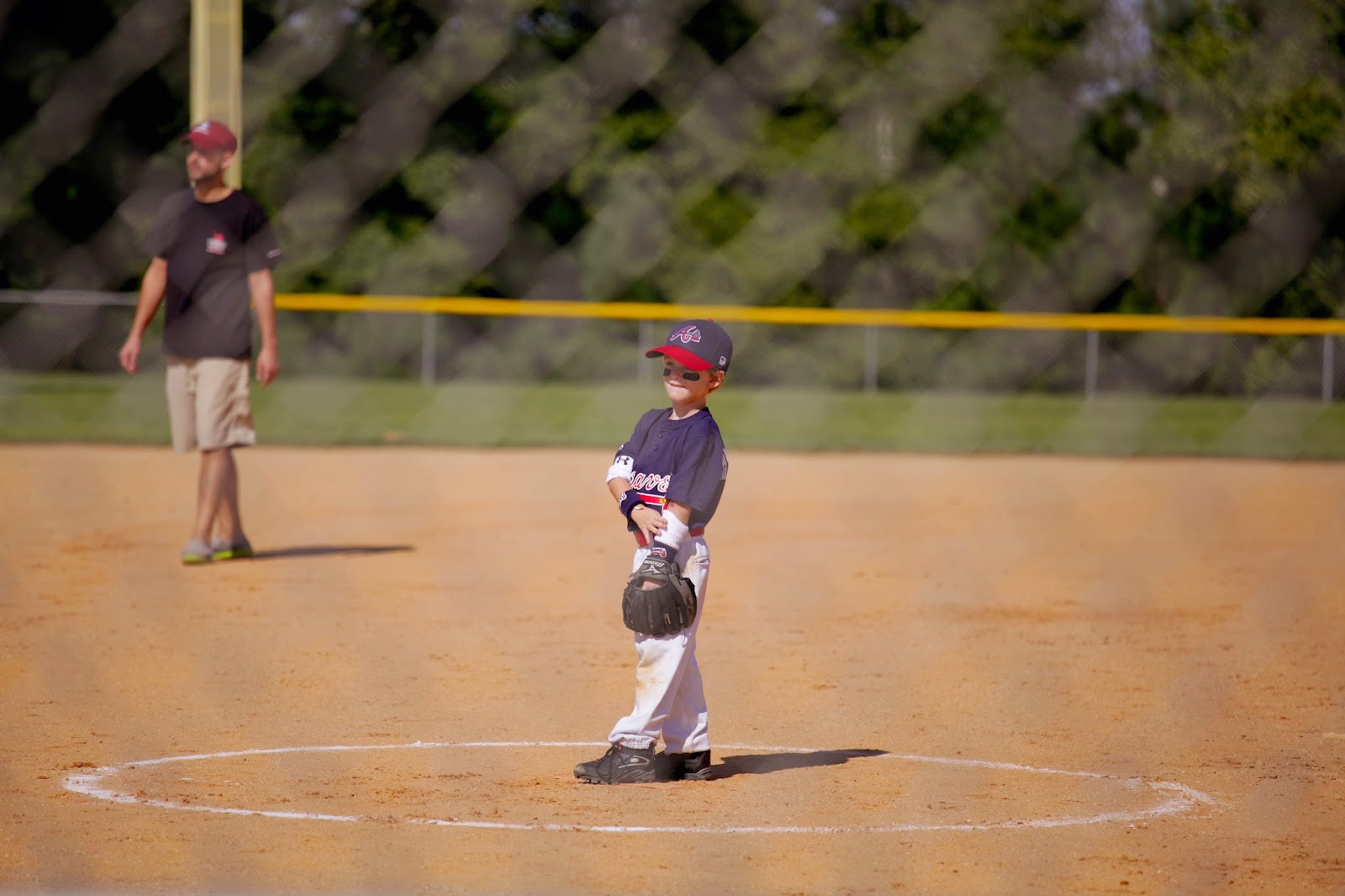 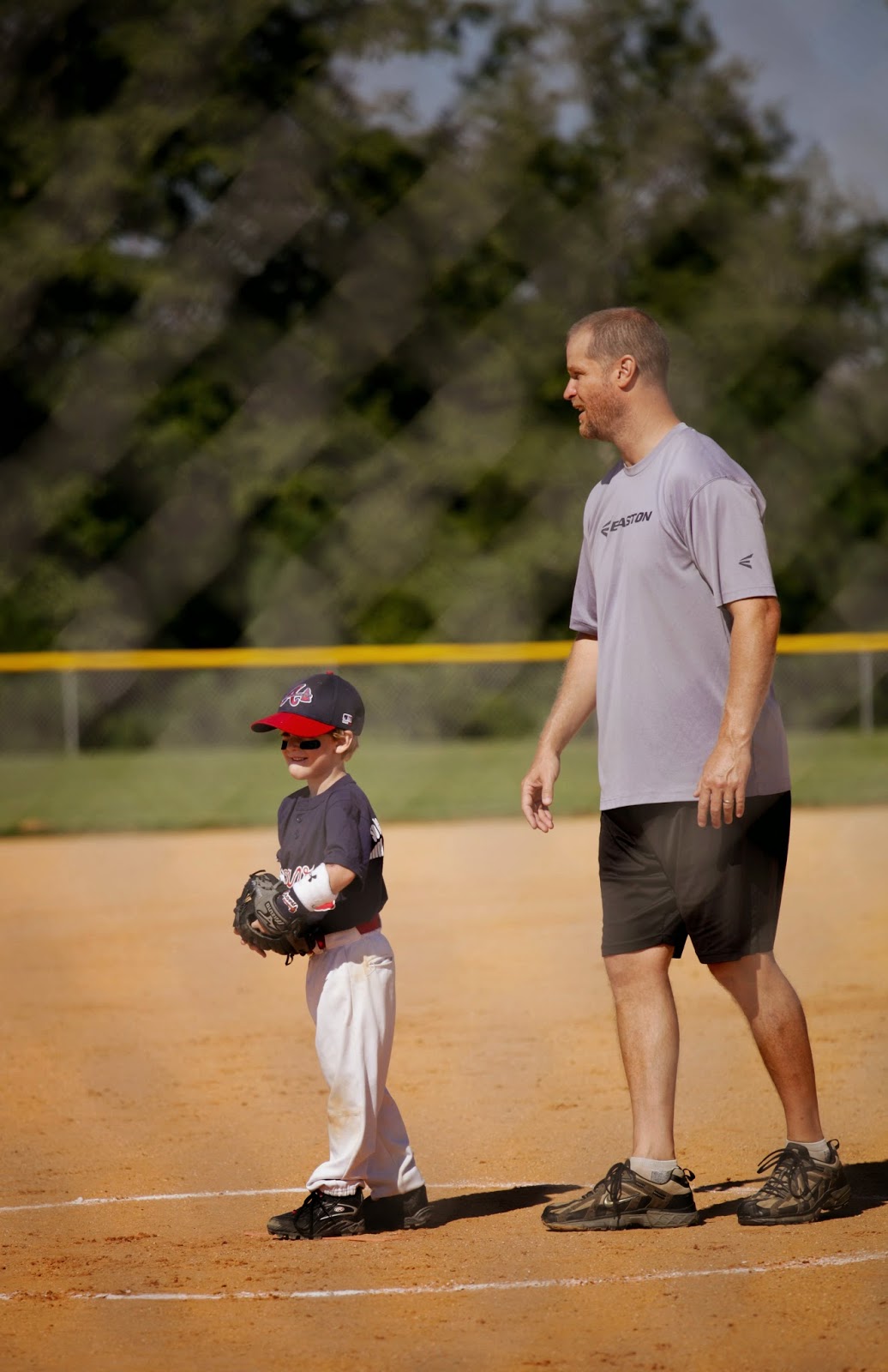 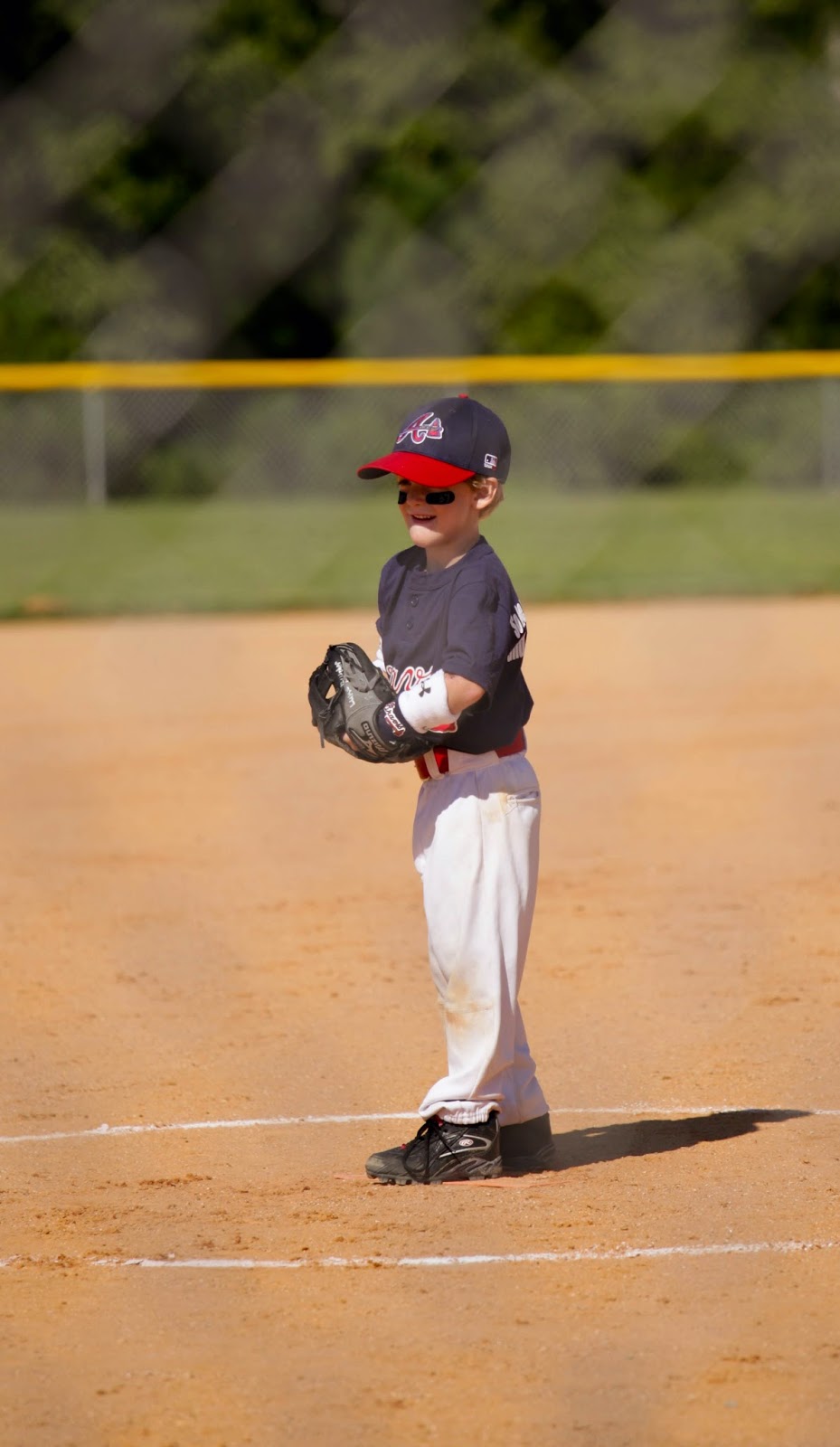 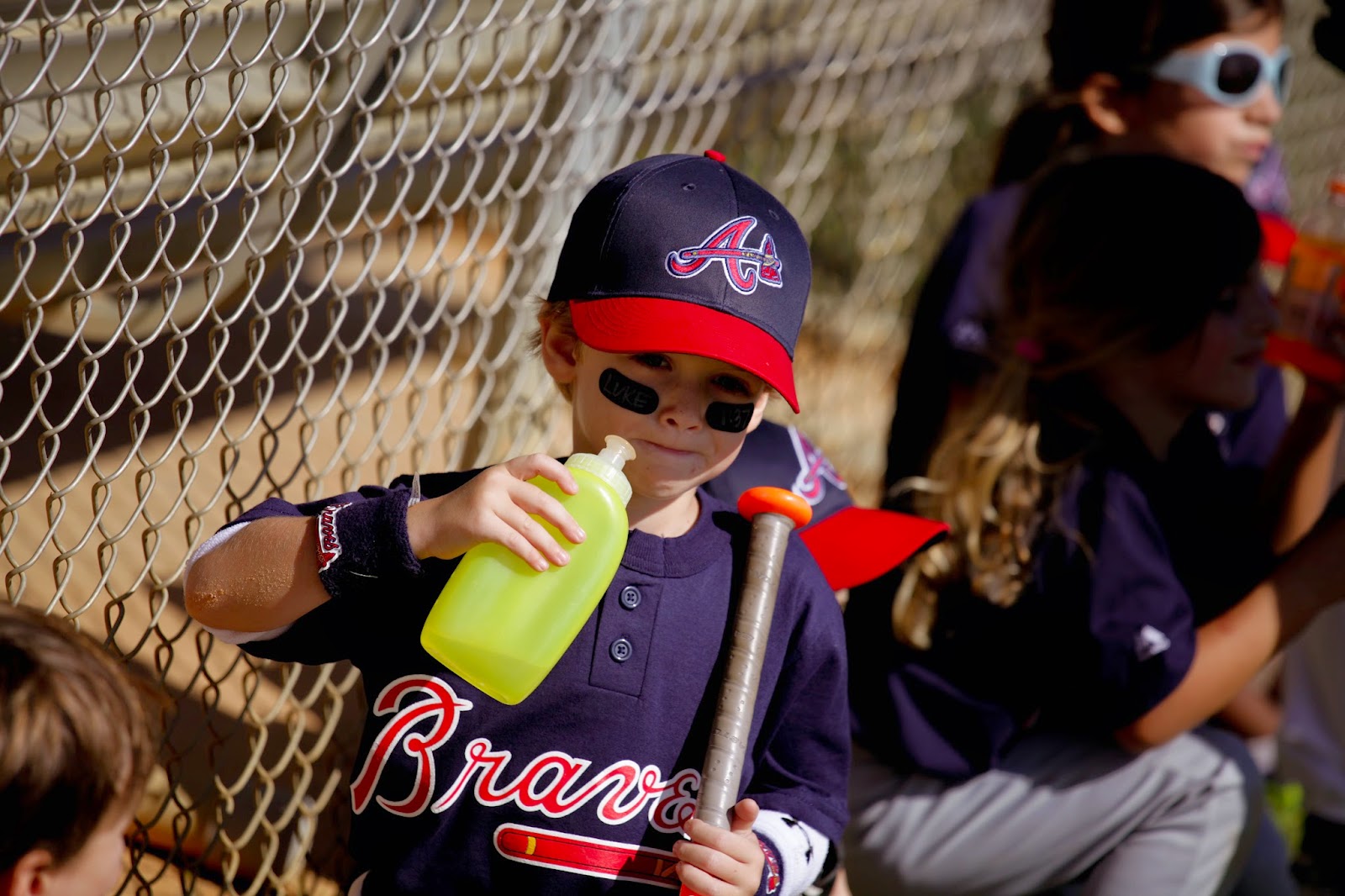 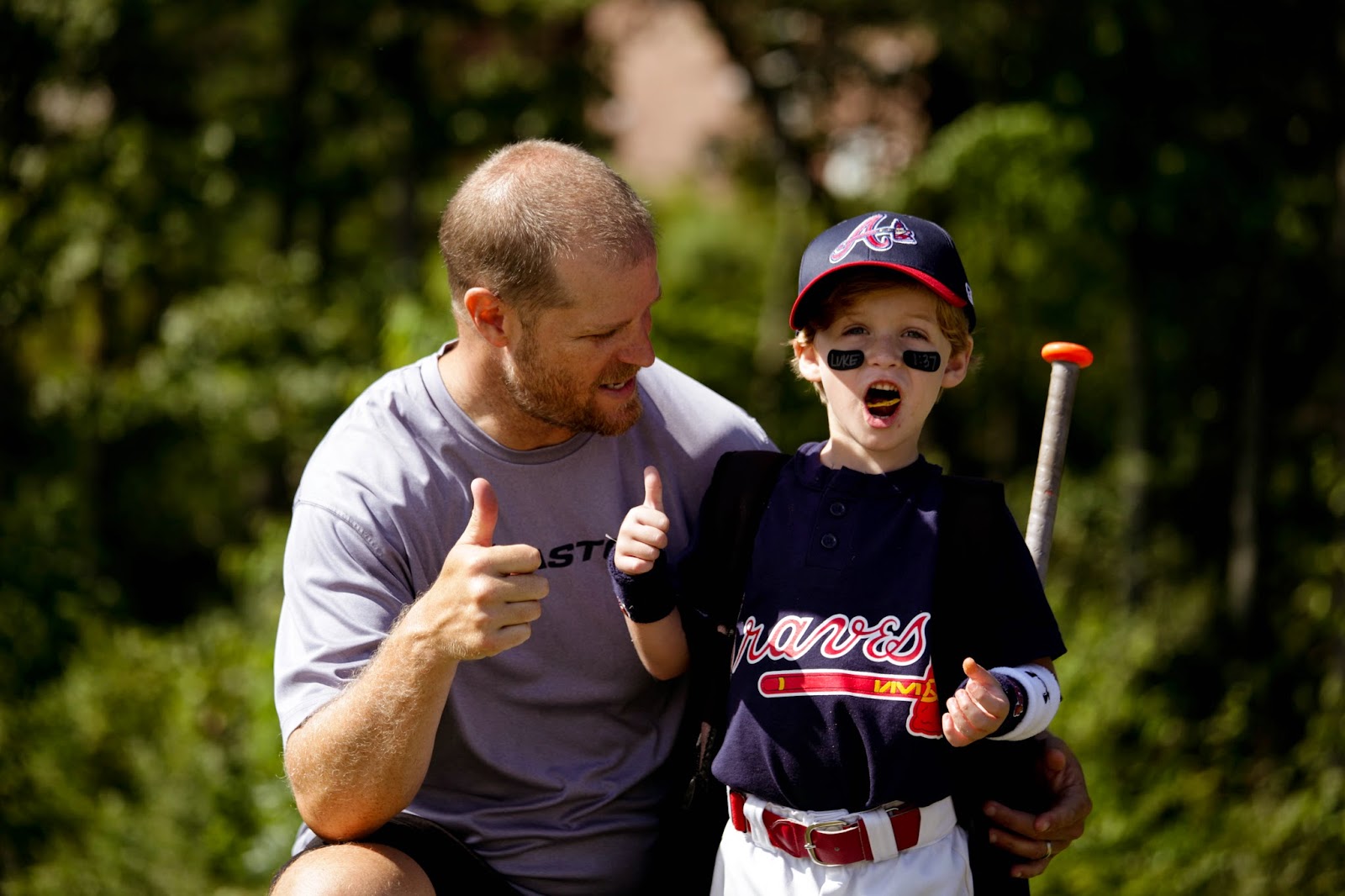 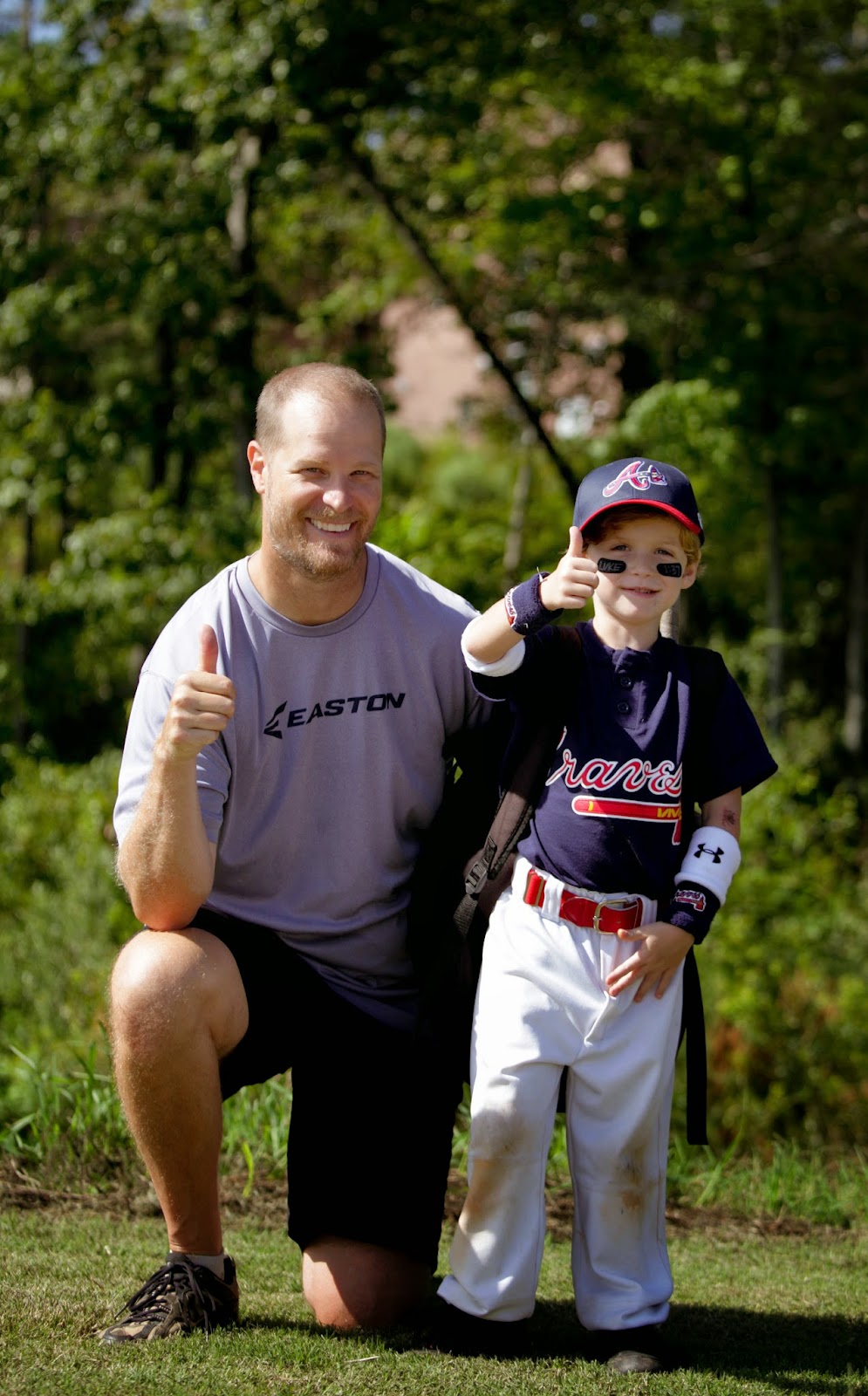 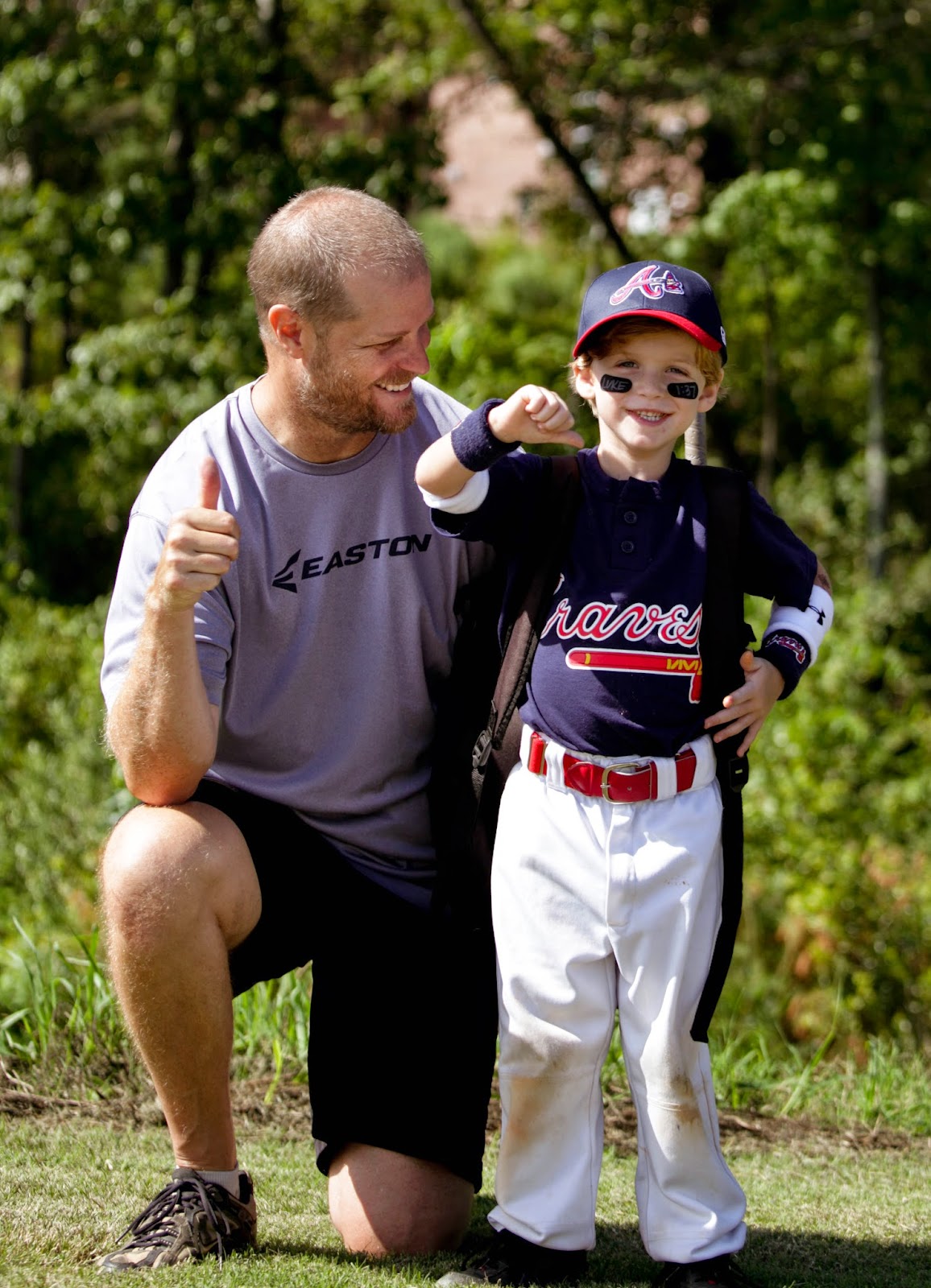