For nearly 6 years, our family has been given precious gifts of grace from the Redeemer Himself...His beautiful creation...His gifts to us proving His dominion over all...in the purest form of a white butterfly.  As we ventured out on our first outing with Andie-Grace on Tuesday, one showed up in the garden.  As we visited her orphanage, we were given four more.  One along the way...and three on the way back to the hotel.  These perfect reminders that He redeems...He restores...His plan is perfect...and that He is the only One True God who writes the story of our lives and works all things together for His good.  These gifts were so needed in a day filled with so much pain...so much that leaves you asking "why?"...and so many questions that will never be answered.

The visit was painful yet beautiful.  I had planned to keep our girl in the baby carrier since she was just starting to really attach to me.  I feared for regression and wanted her to know from the moment we arrived that she is with us now.  She stayed in it for about three minutes total.  As we arrived, we were welcomed by her orphanage director and one of the nannies.  Andie-Grace clearly adored the orphanage director and tried as hard as she could to wiggle her way out of the carrier and into her director's arms.  My heart broke.  I looked and Scott and said "she loves them so much..." as I began to unstrap her and release her into their arms.  She was all smiles as she went to the director...but just as soon as she got there she immediately turned back to me and reached out to be in my arms again.  She knew.  She loved them so much yet she knew where she now and forever belongs.

She seemed quite content most of our visit and did much better than I thought she would.  We went into the baby room where she has spent her little life.  There were two beautiful baby girls in there that I wanted to get special photos of for their mommy's waiting to adopt them...and they had pulled them out of their cribs so we could spend time with them.  We spent time going around to each child in that room and giving them a small toy {if allowed} or simply touching them with love in some way.  The faces were heartbreaking.  I've witnessed firsthand life literally come into my daughter's eyes in these few days...and the life that is lost in theirs is so painful.

As sad as the orphanage was, it was still very evident that they love their children there so much.  Andie-Grace smiled ear to ear at most of them and just adored clapping her hands to the music and seeing her friends.  Once her empty crib was pointed out to us, though, she began to shut down some and laid her head down.  We didn't spend much more time in there once she showed us that she wanted to leave that space.

As we were walking back to the elevator, we could see into another room across the hall with very severe special needs children in it.  Most of the kids were older {maybe 5-12ish in age}.  The room was dark.  They were "napping" and yet it was just before lunchtime.  We had just been shown the kitchen where there was not a single indicator that anyone had been in there recently at all.  I looked down at my two sons similar in age to most of the children we could see through the glass door into that room...and my heart broke again.

We were then led to another floor where there is a playroom.  It was full of  toys and rehab type equipment yet not a single child was in there.  We asked how many children are currently at the orphanage and were told 90.  In all, we may have seen 35 children while we were there and half of them were asleep at 11 in the morning.  Andie-Grace opened back up in this room and was her happy self again...making me wonder if she had truly ever been in there before.  Several other nannies joined us in there and took lots of photos of us.  They were so kind to ask what her American name is now and commented on how she "was more and more beautiful since being with our family".

It was so clear to us that they have loved her so much.  They do the best they can.  But, this is an institution.  It's an orphanage.  It is not a family and it is not the way that God designed these beautiful children to be raised.

The boys enjoyed passing out toys and candy while we were there.   Since we were only shown a few rooms in this large building, we left everything else to be given to the other children.

The images from this visit will never be forgotten.  This is our daughter's past.  This is her beginning.  It will never be what defines her but always a part of her story...the story of redemption made possible only by the One Who created her fearfully and wonderfully.

We are so thankful that they allowed us to visit and spend time there.  Many prayers were whispered as we walked from bed to bed...and I pray that I never forget a single moment. 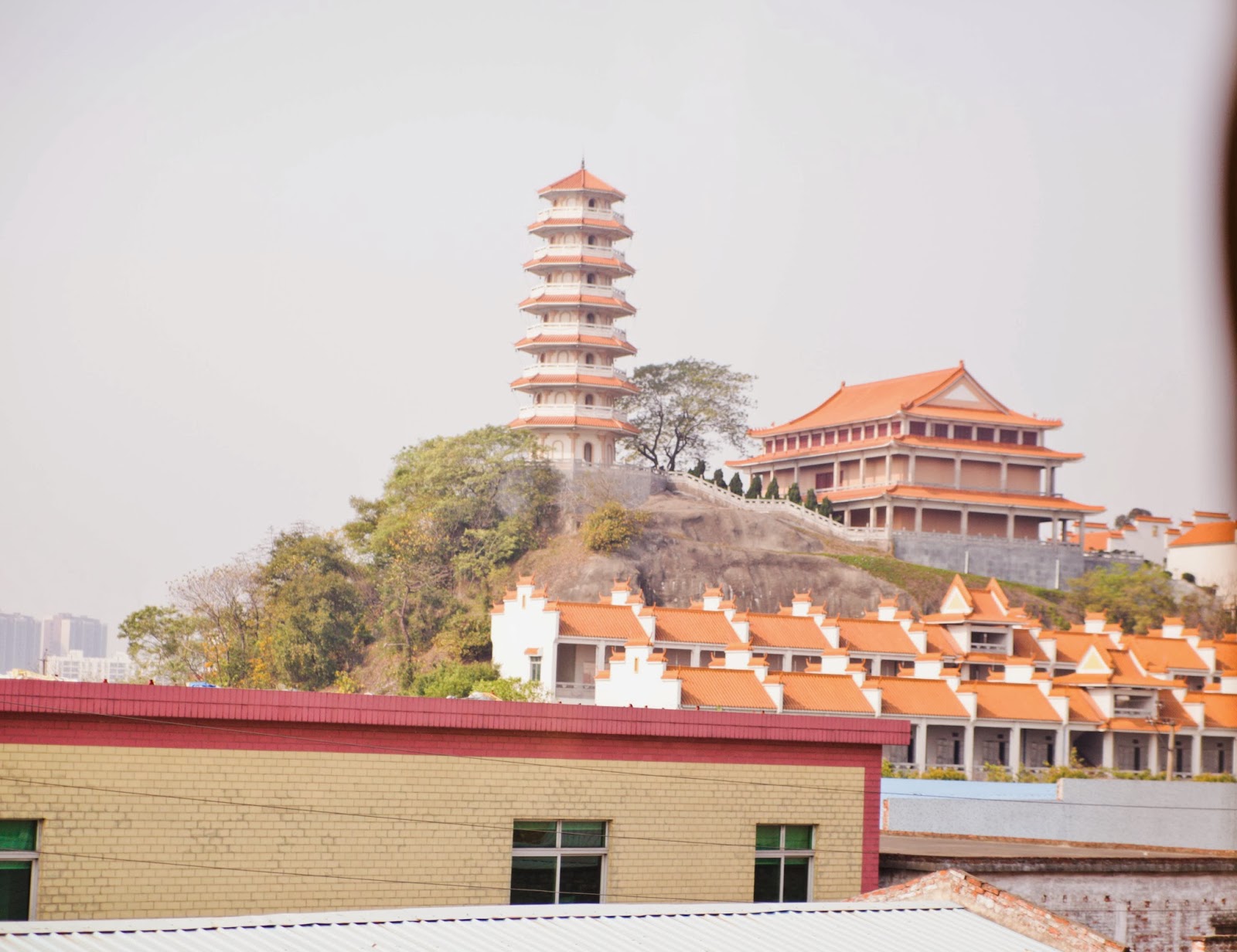 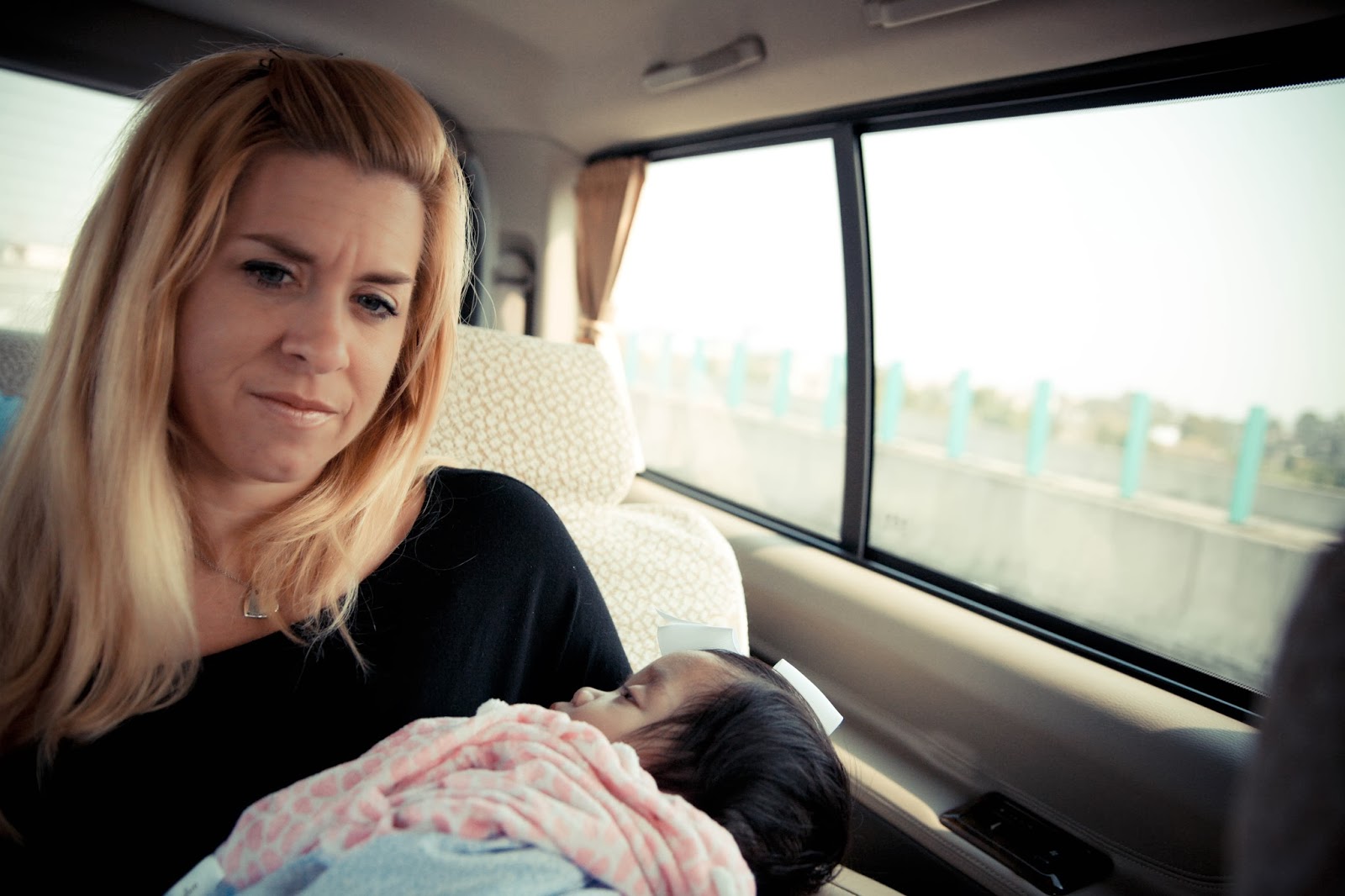 The front of the orphanage...it sits tucked away down a back ally street that our skinny taxi could barely drive through.  Our driver had to stop and ask four different people where exactly it was before one even had a clue. 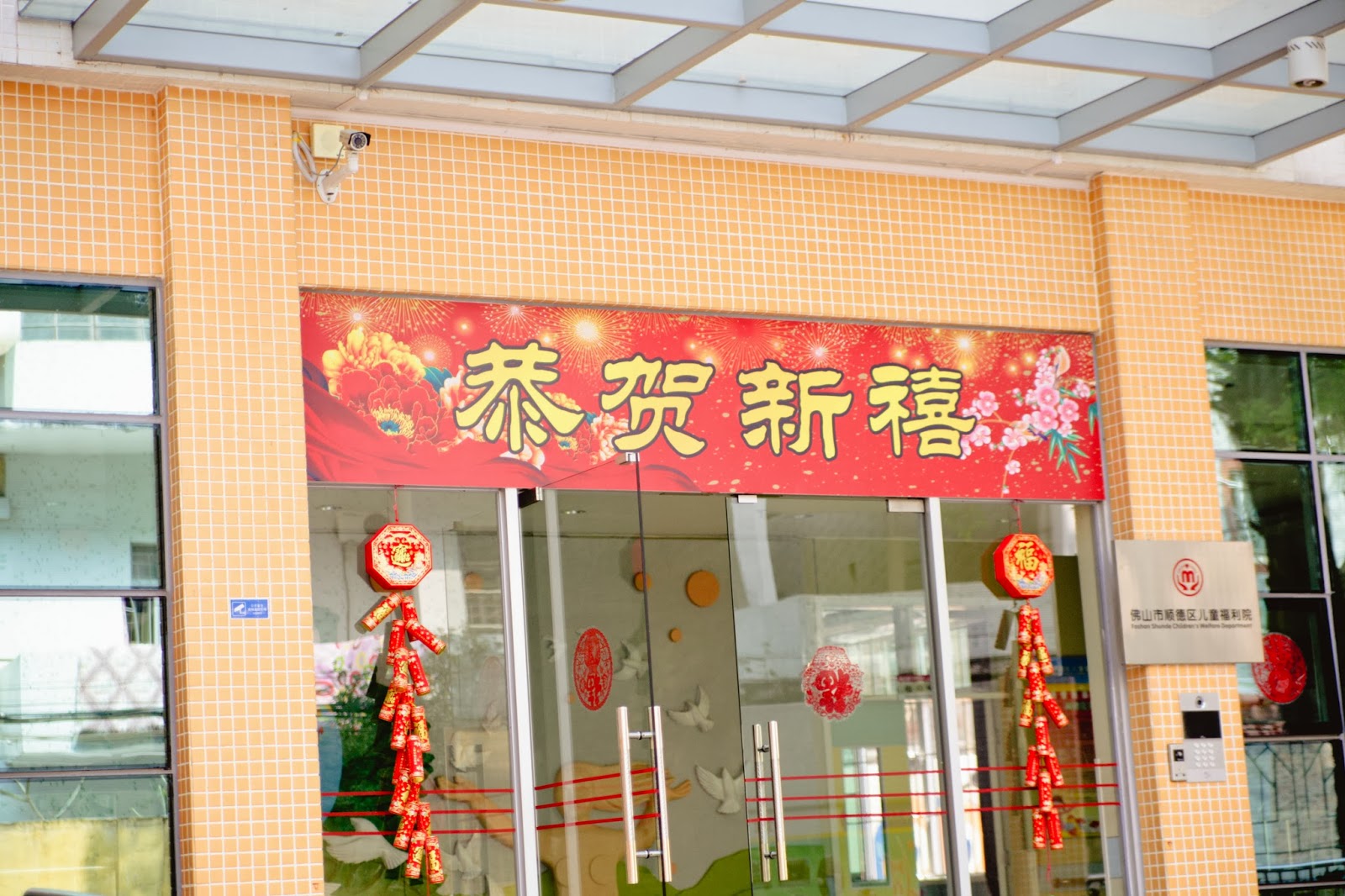 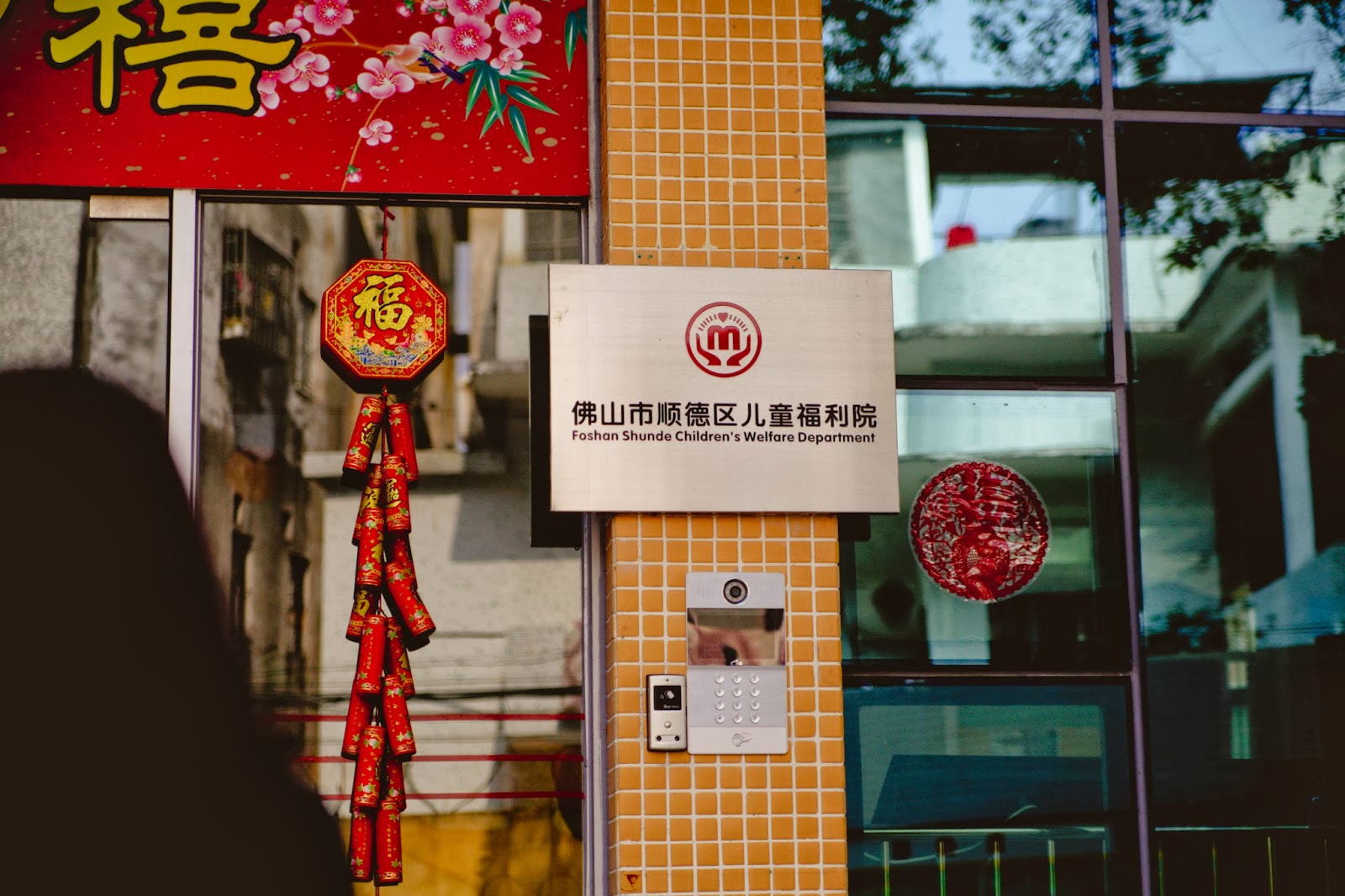 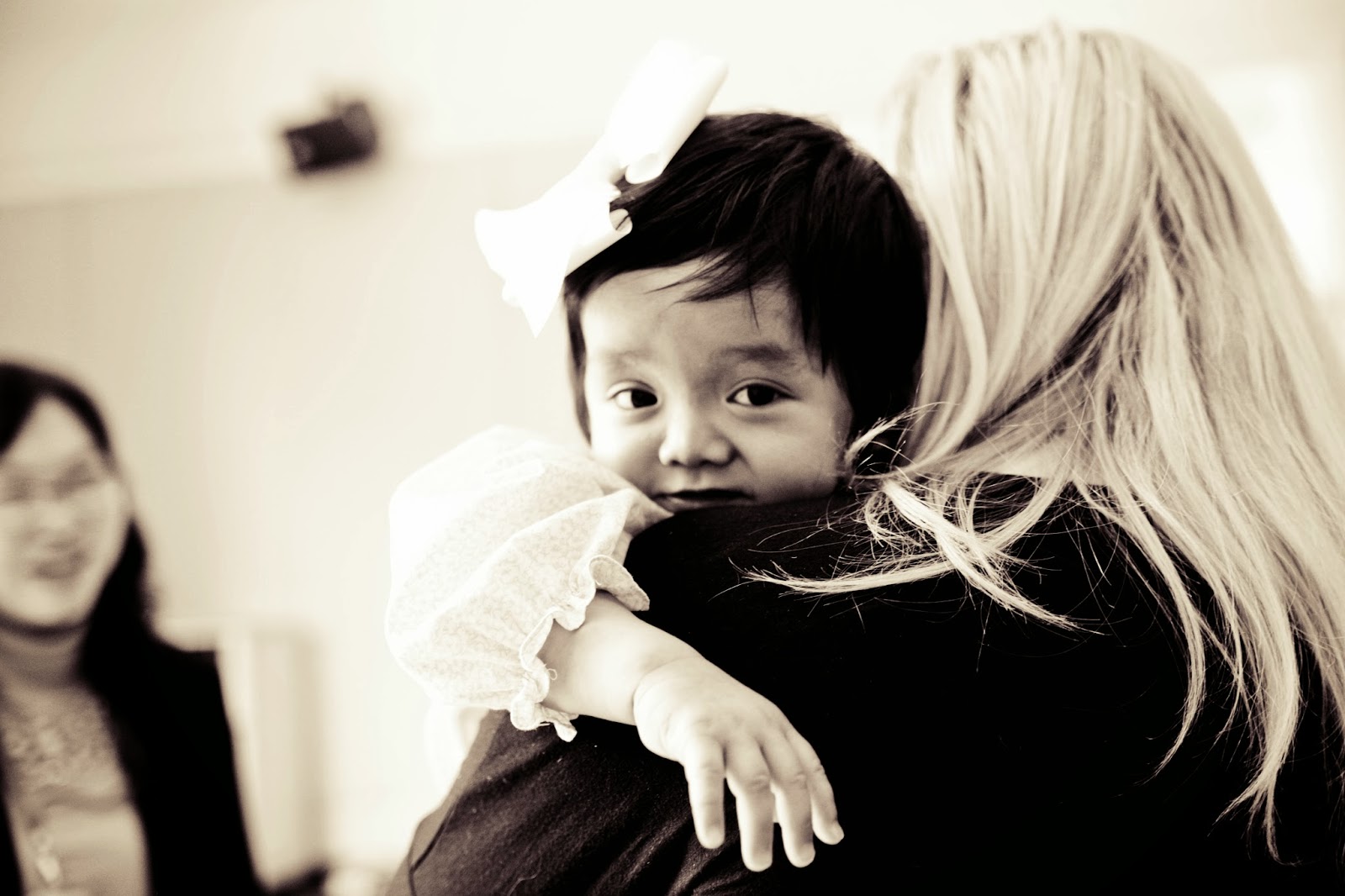 I had three photo albums to share with the orphanage staff from families who have adopted from there in the past.  The nannies and director were very excited to see them.  They immediately knew who each child was and smiled as they flipped from page to page.  The director gave me her email address twice to make sure that I send them photos of Andie-Grace as she grows... 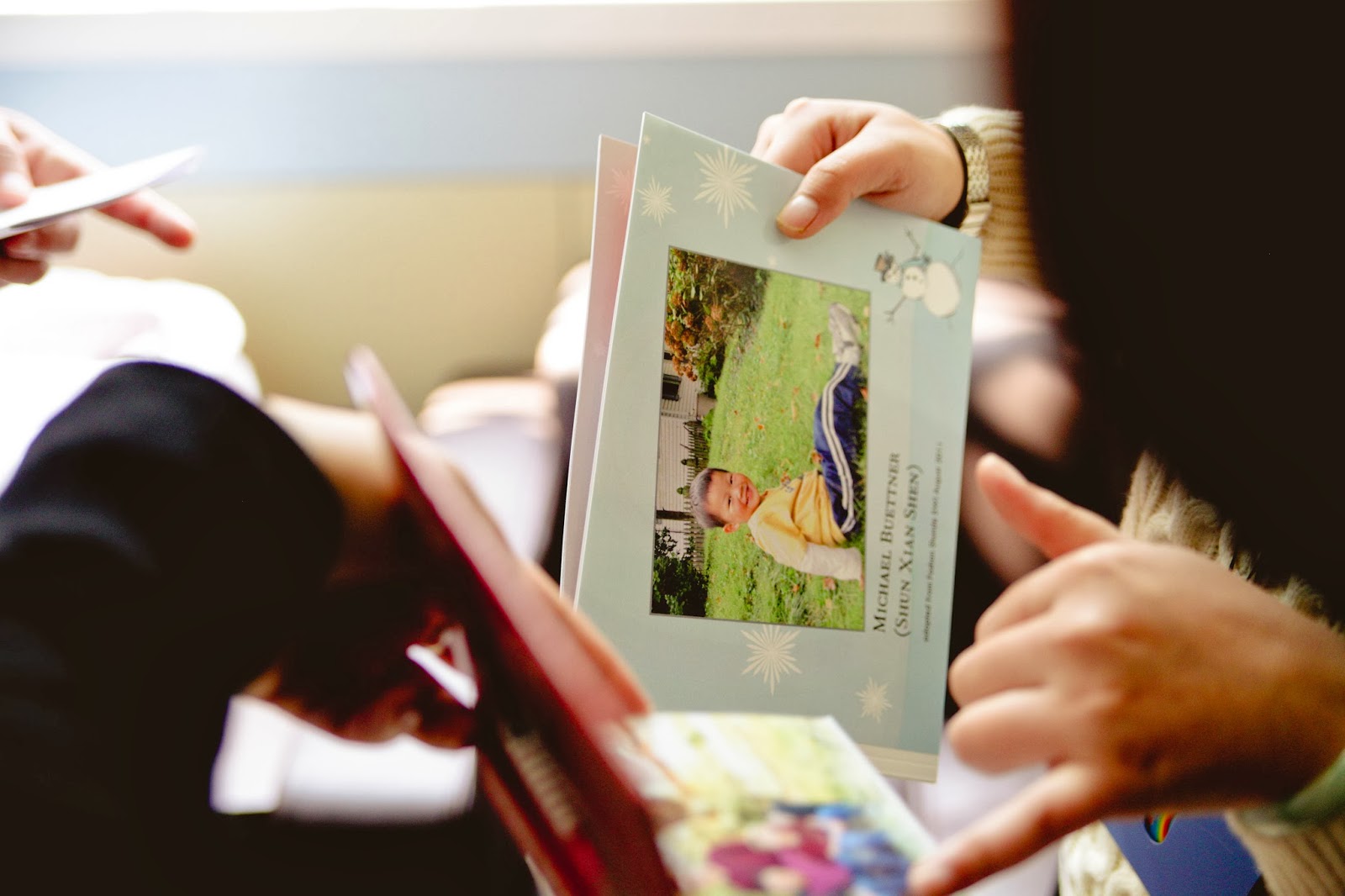 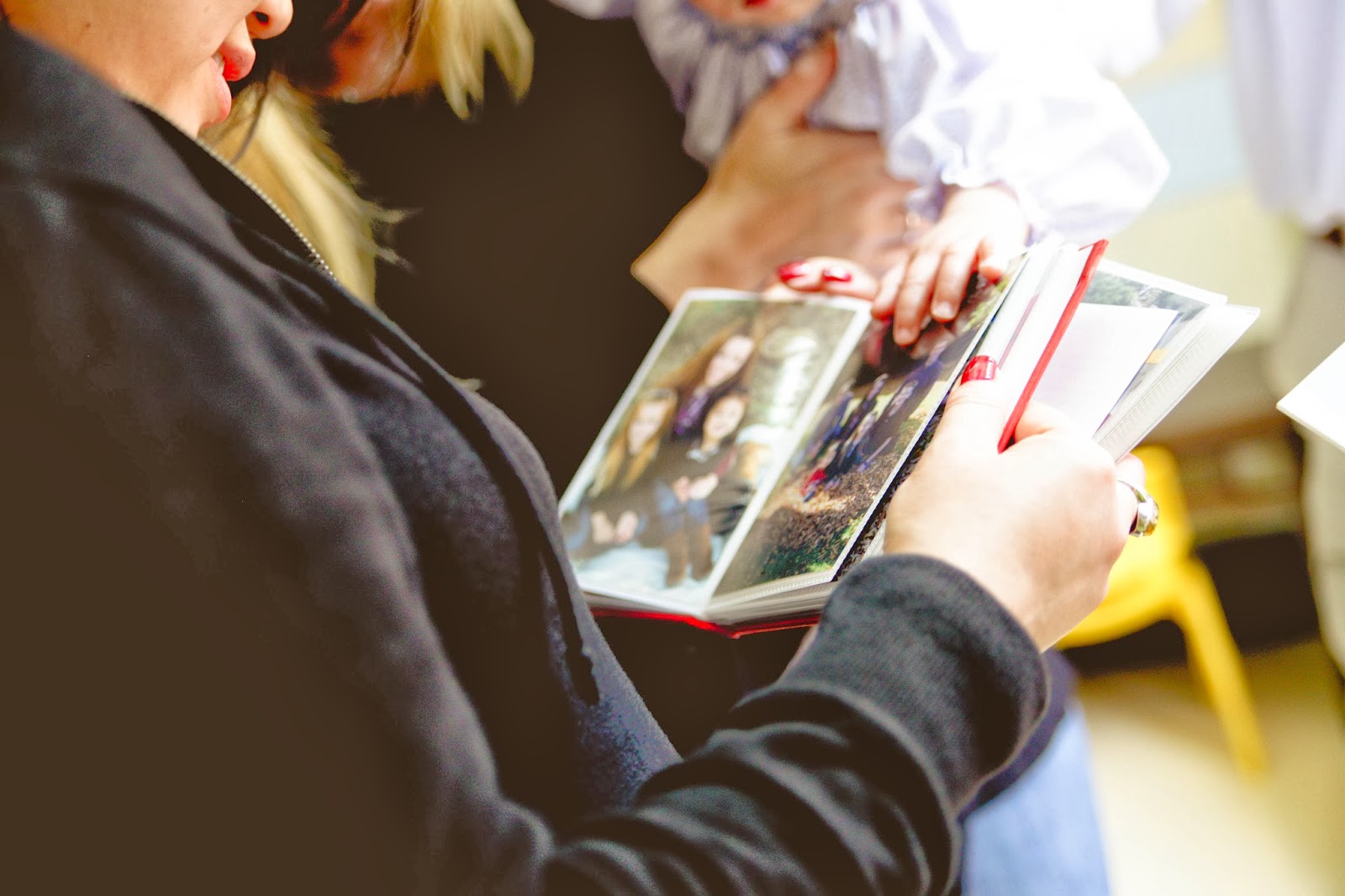 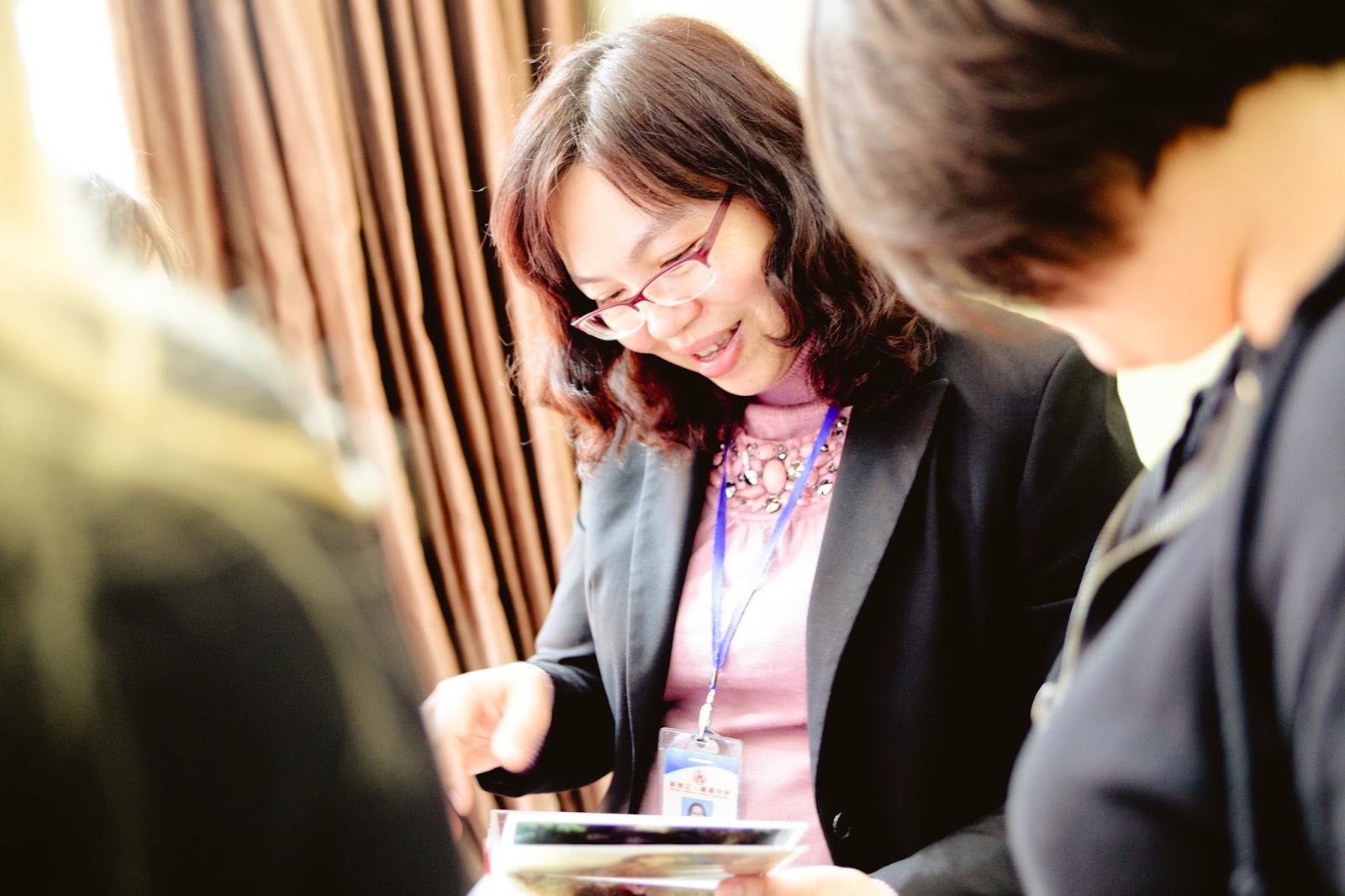 The room across the hall from our daughter's room... 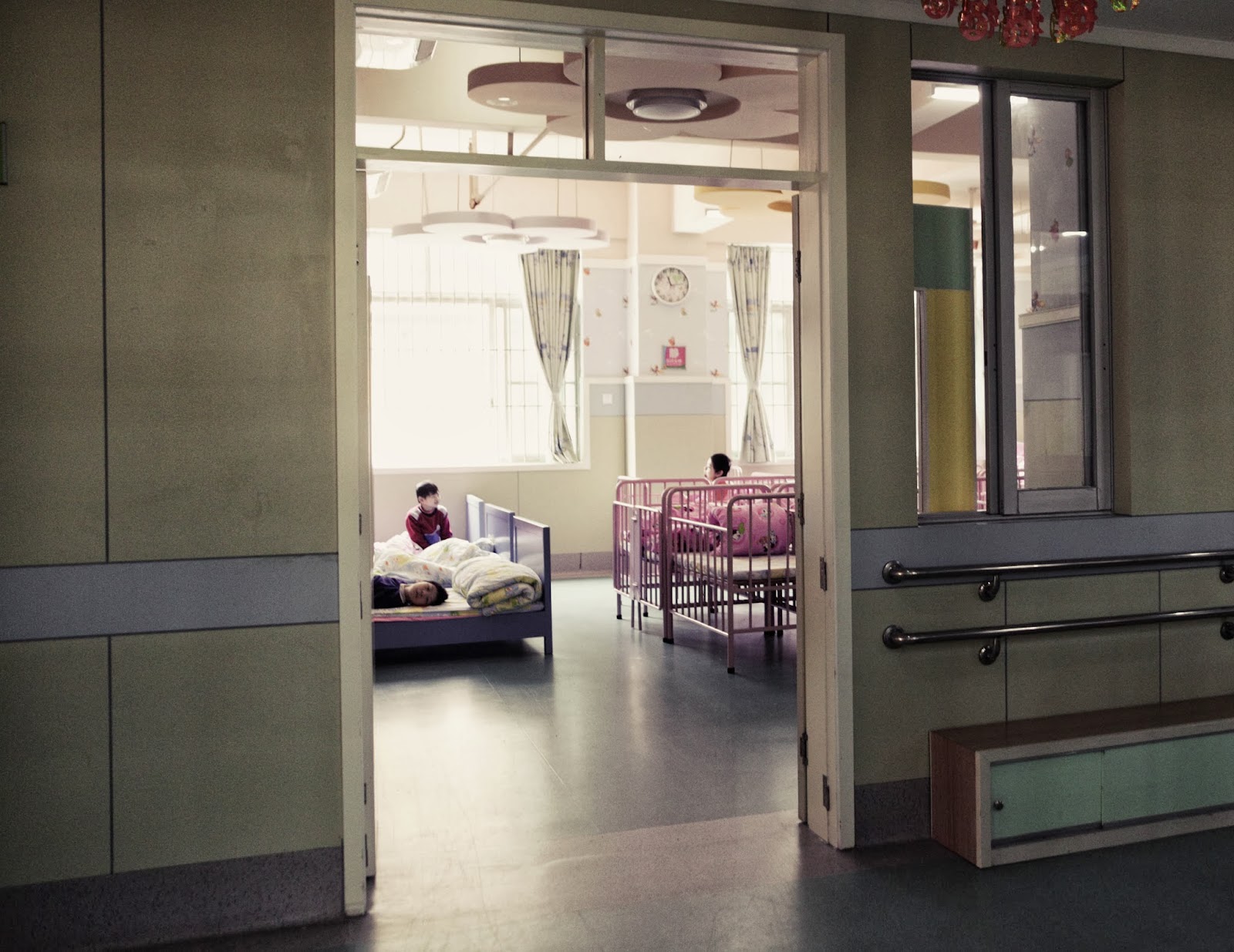 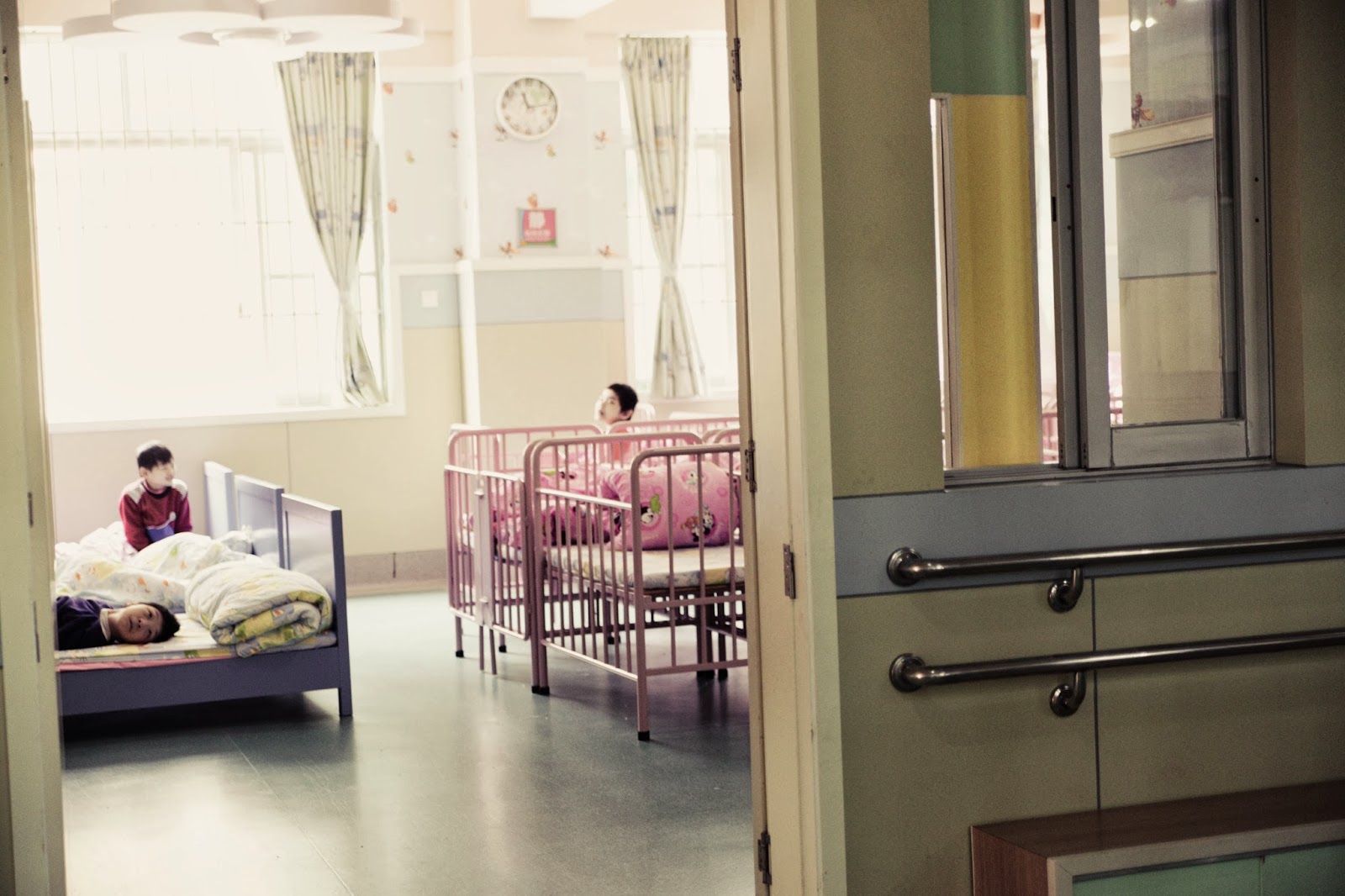 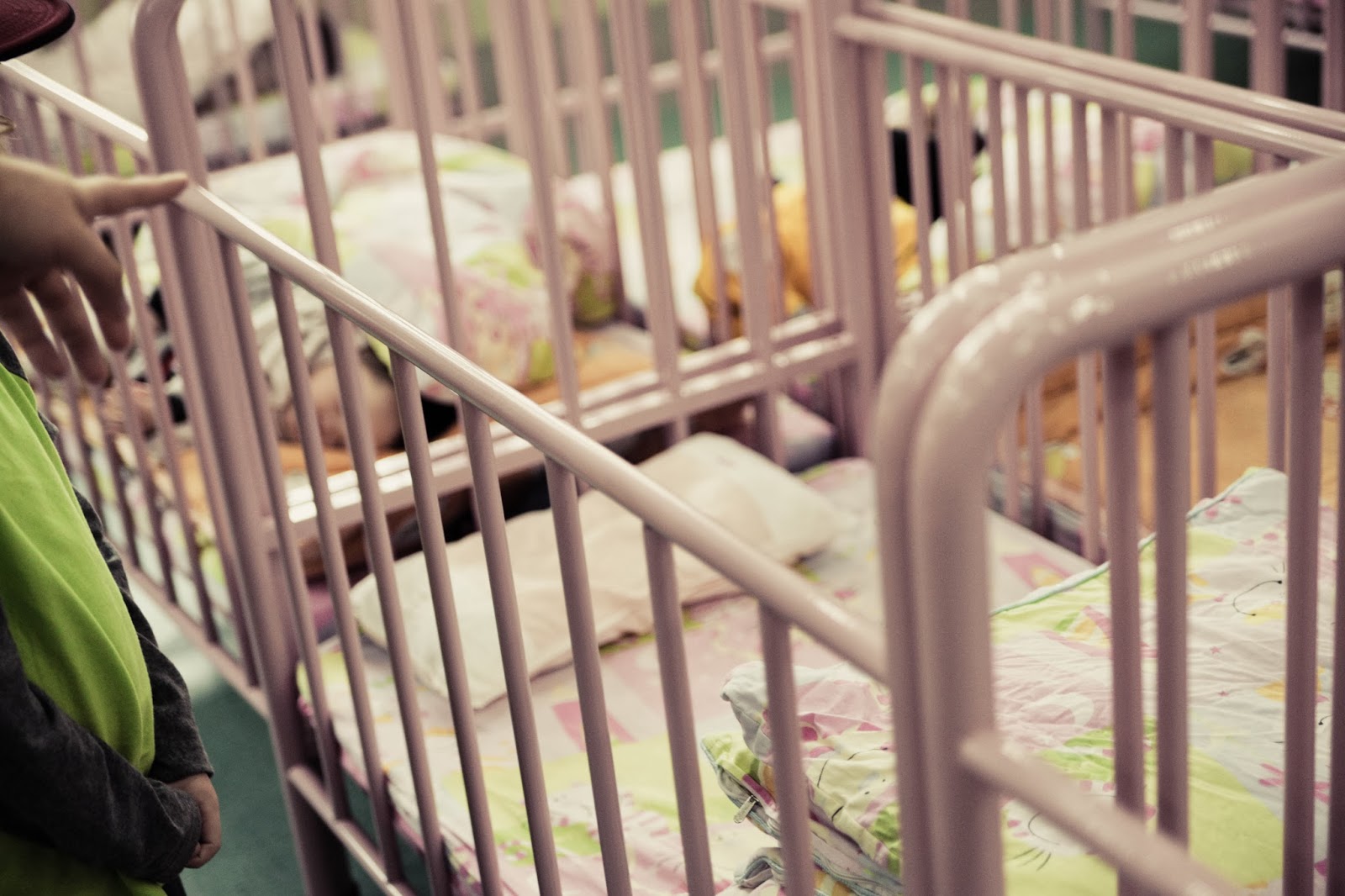 The beautiful girls who I loved on for their mommies who wait half a world away... 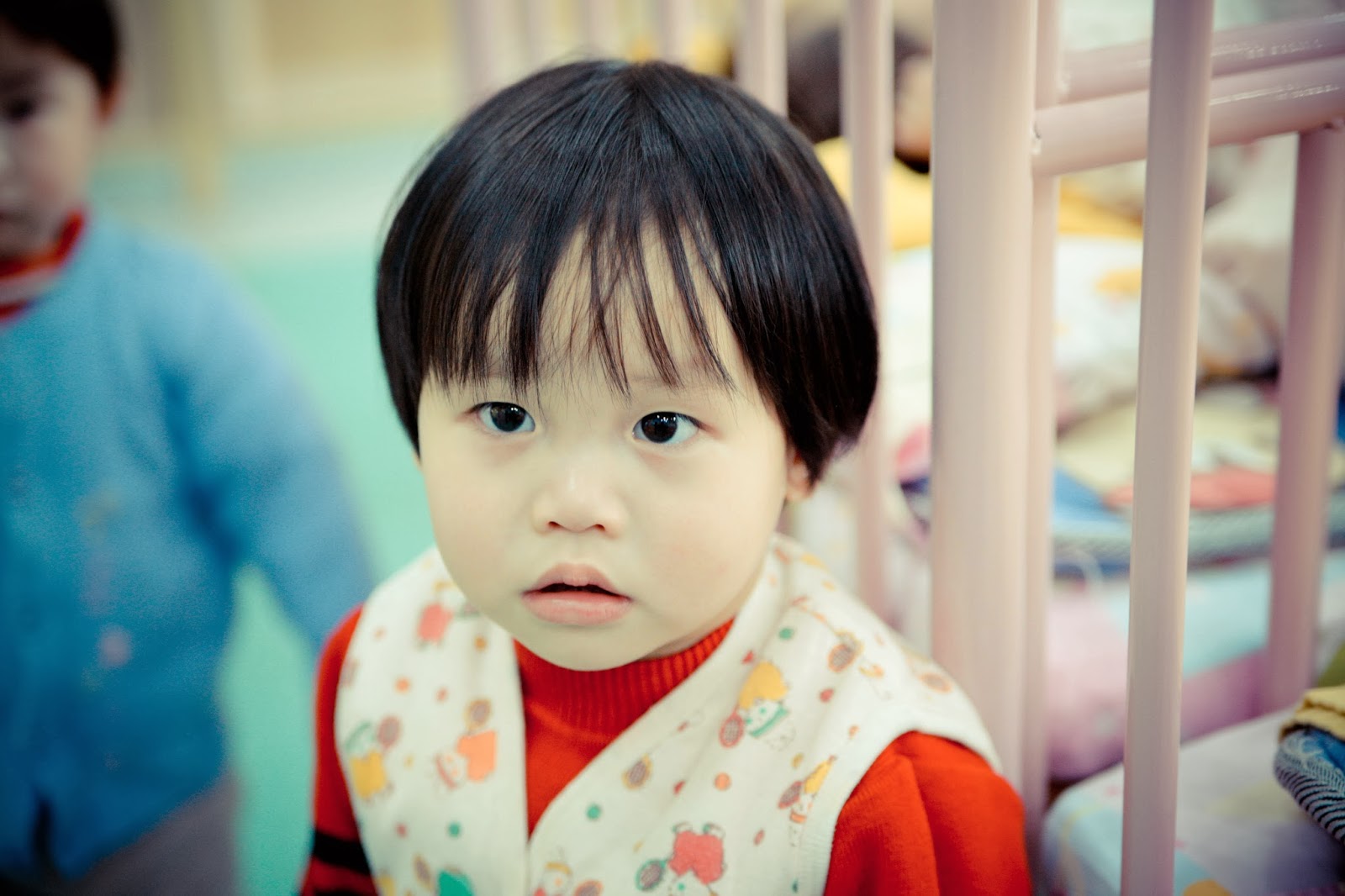 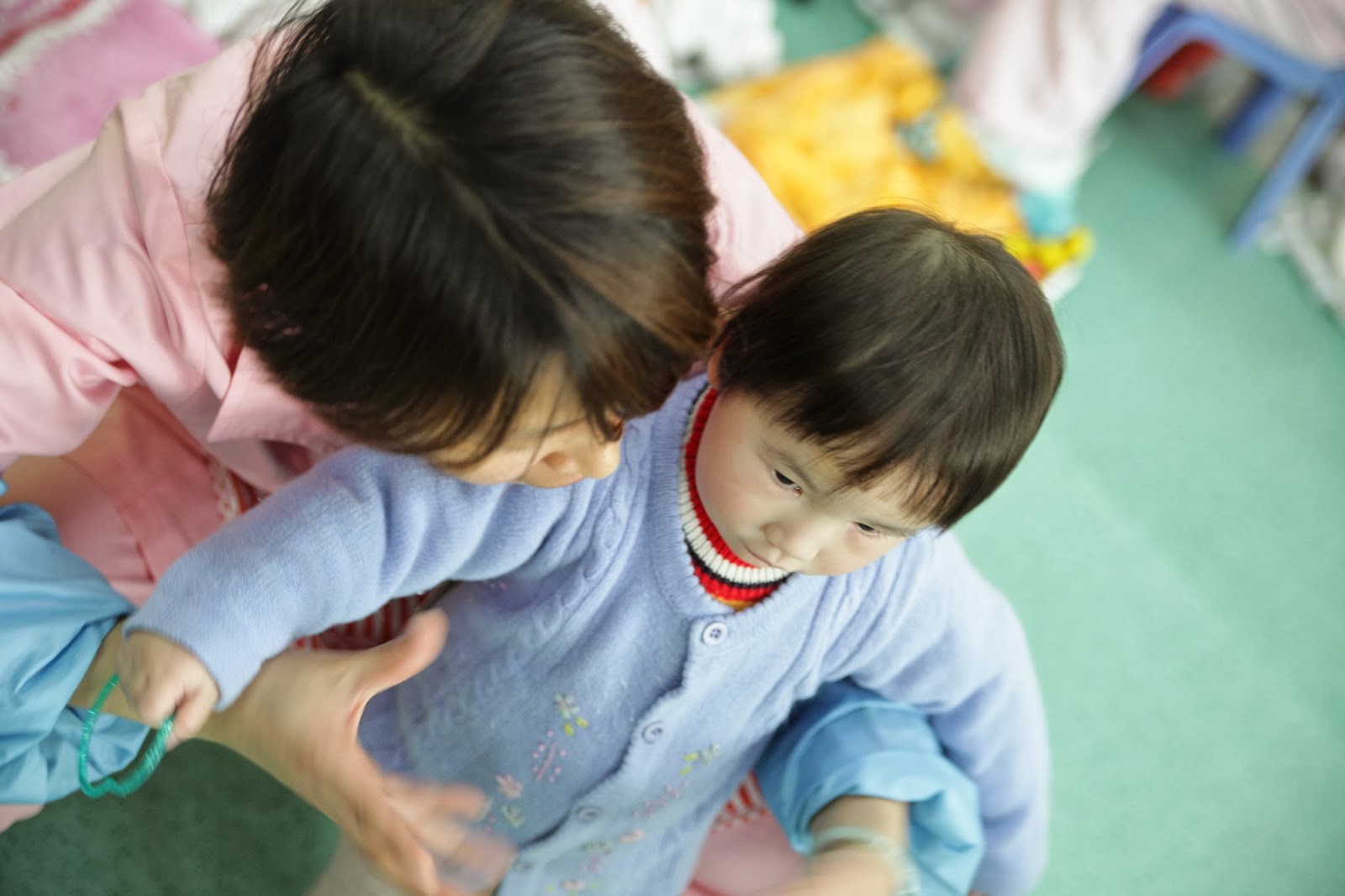 Wyatt walking crib to crib spreading Christ's love in any way we could... 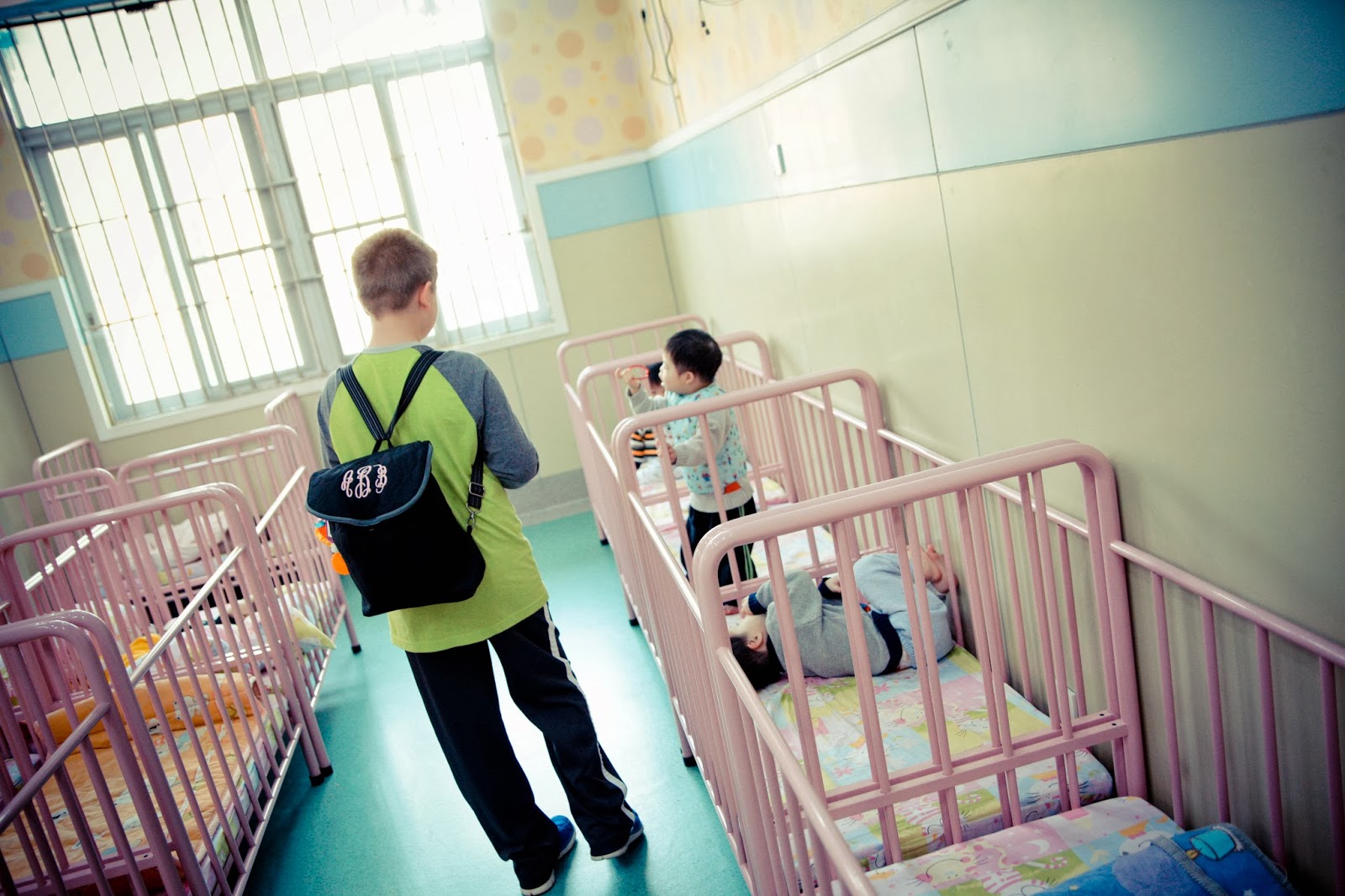 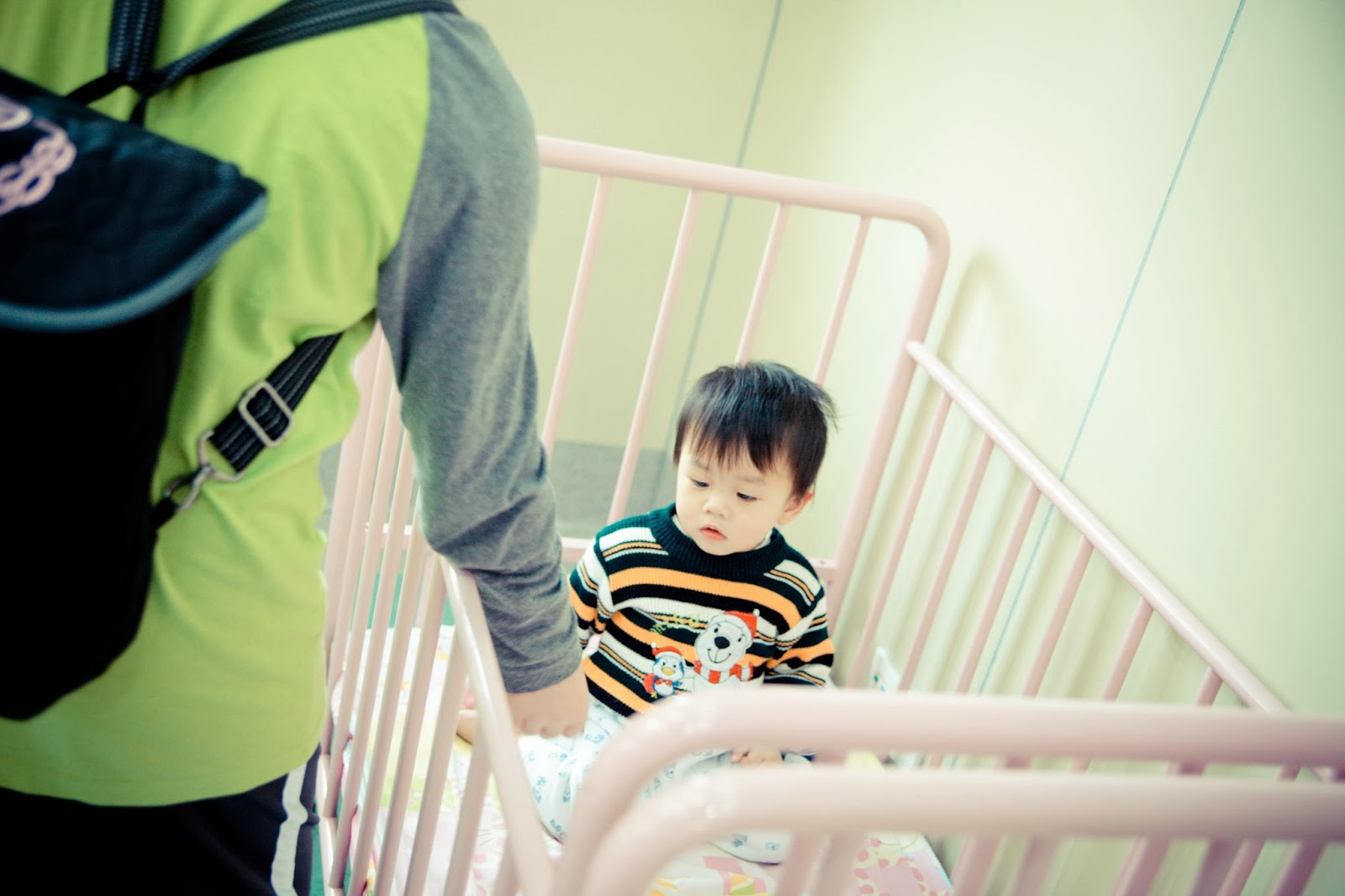 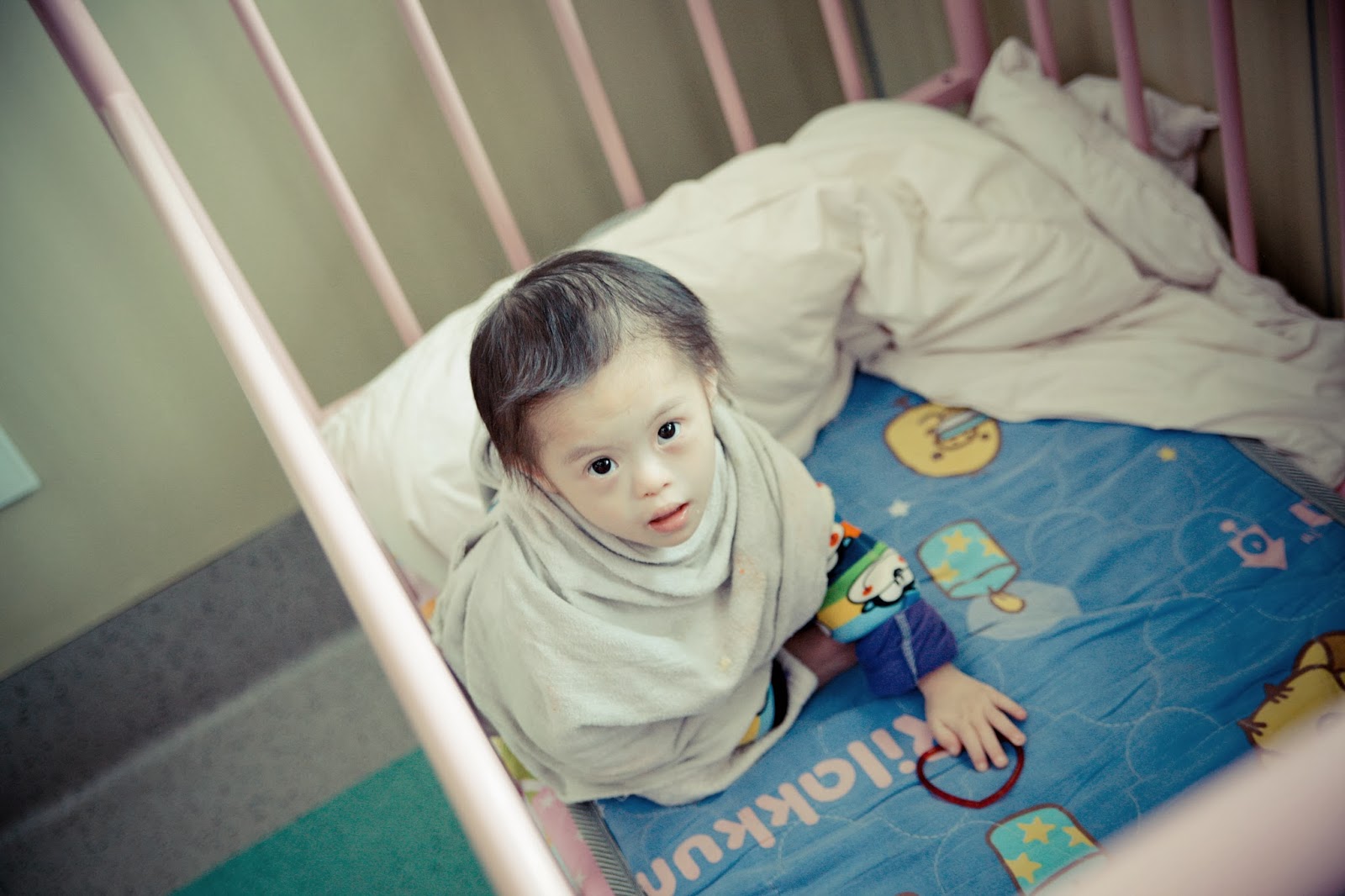 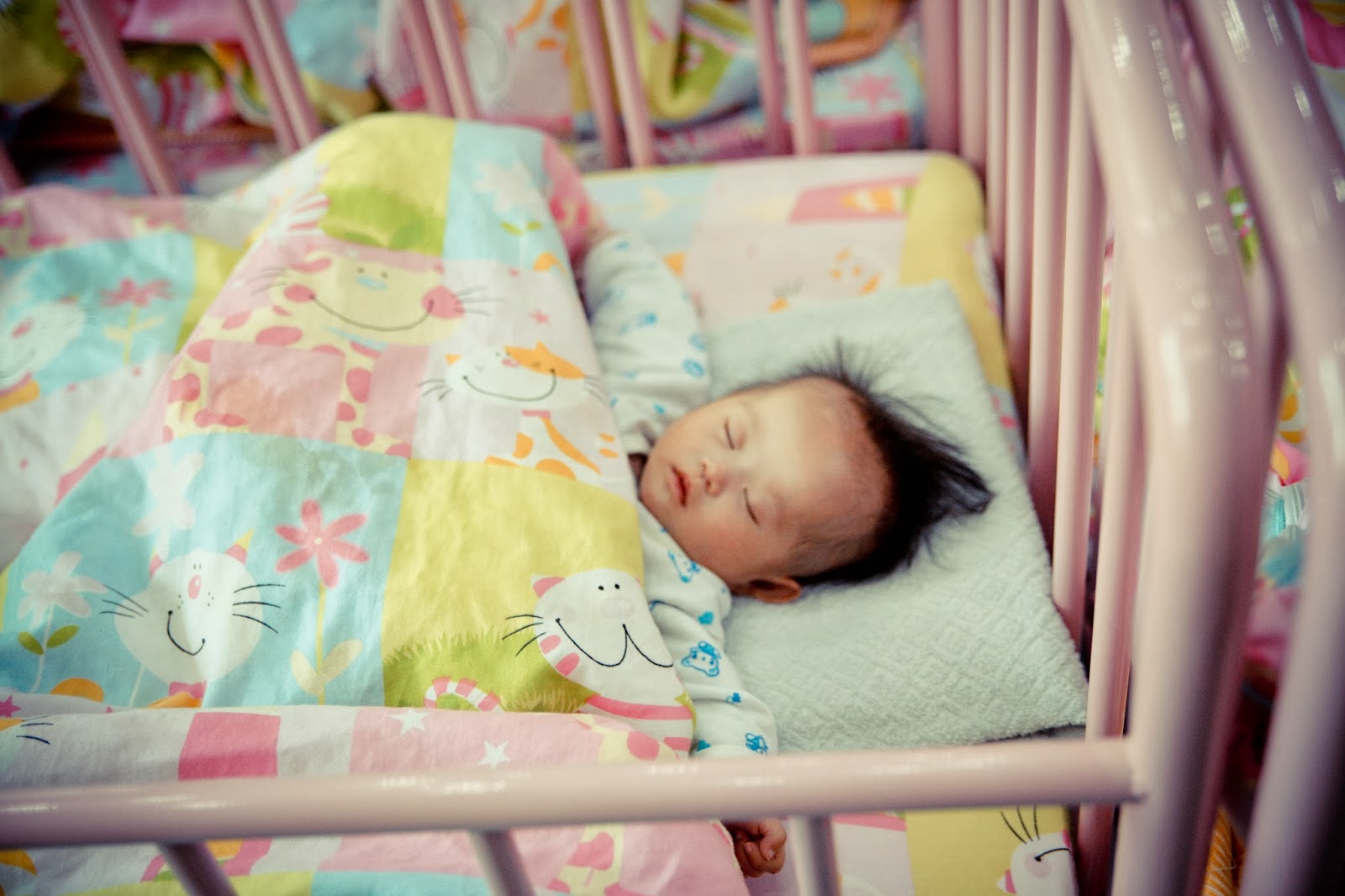 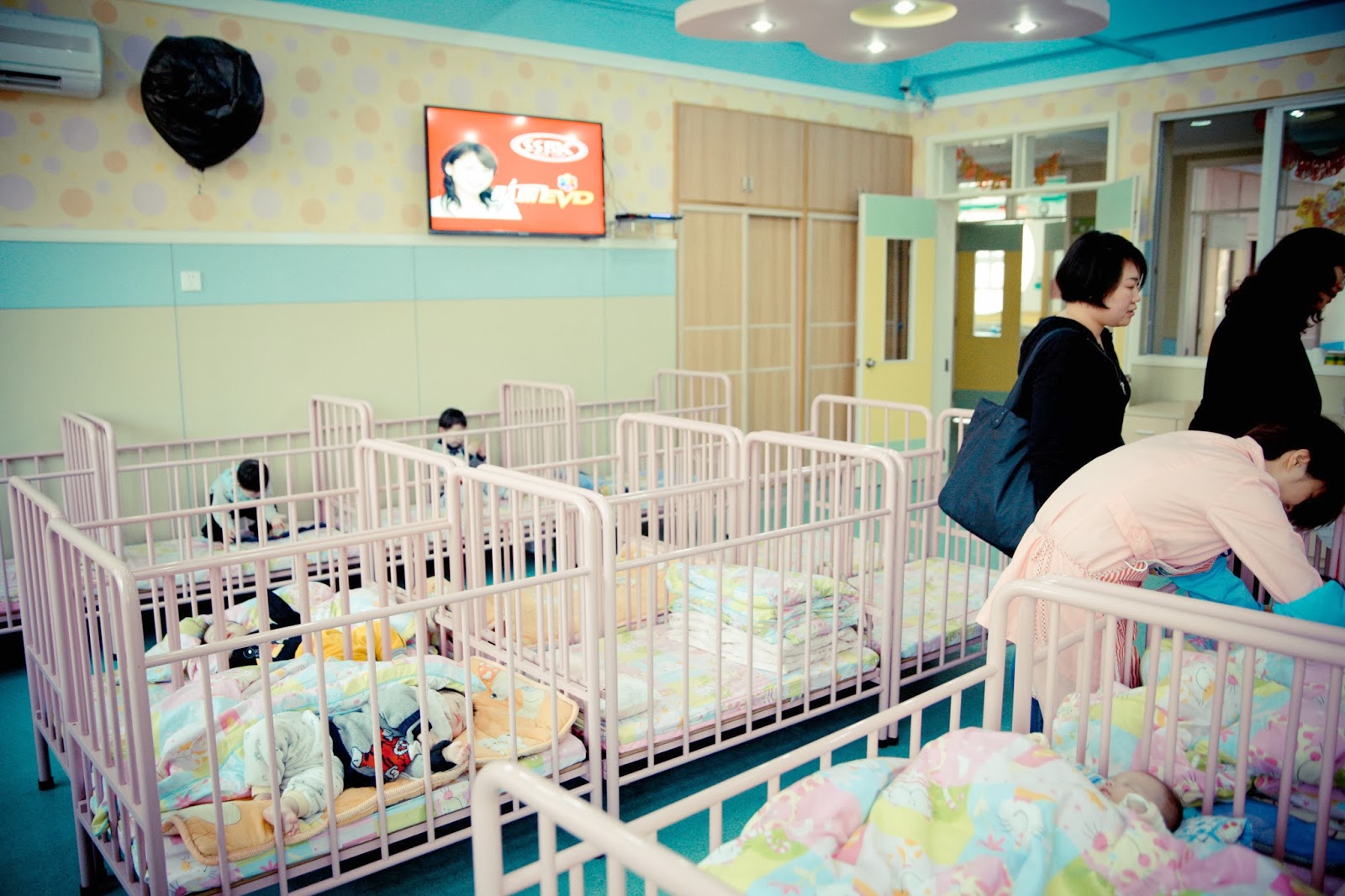 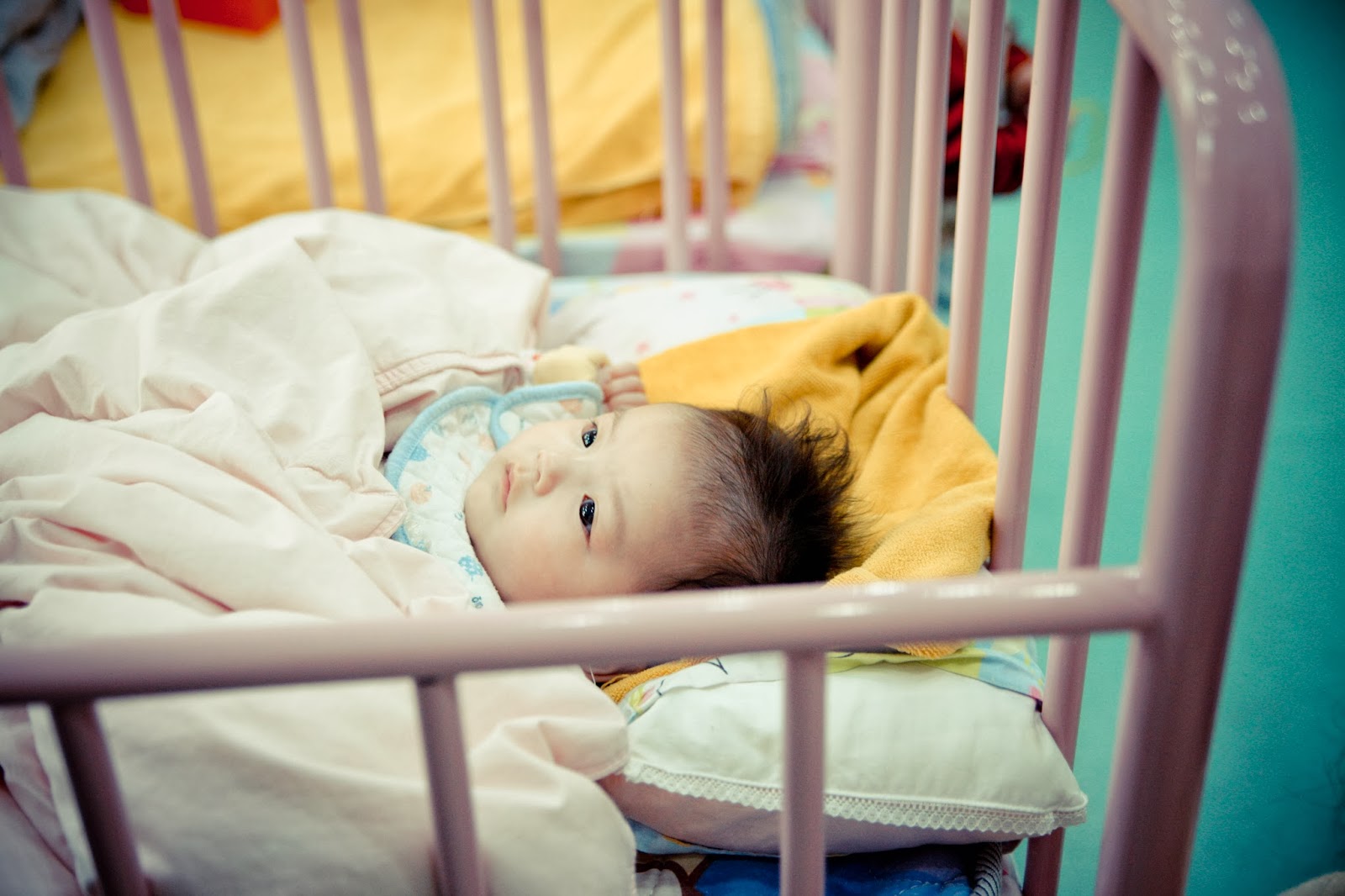 Our sweet girl started shutting down around this time and became very stoic... 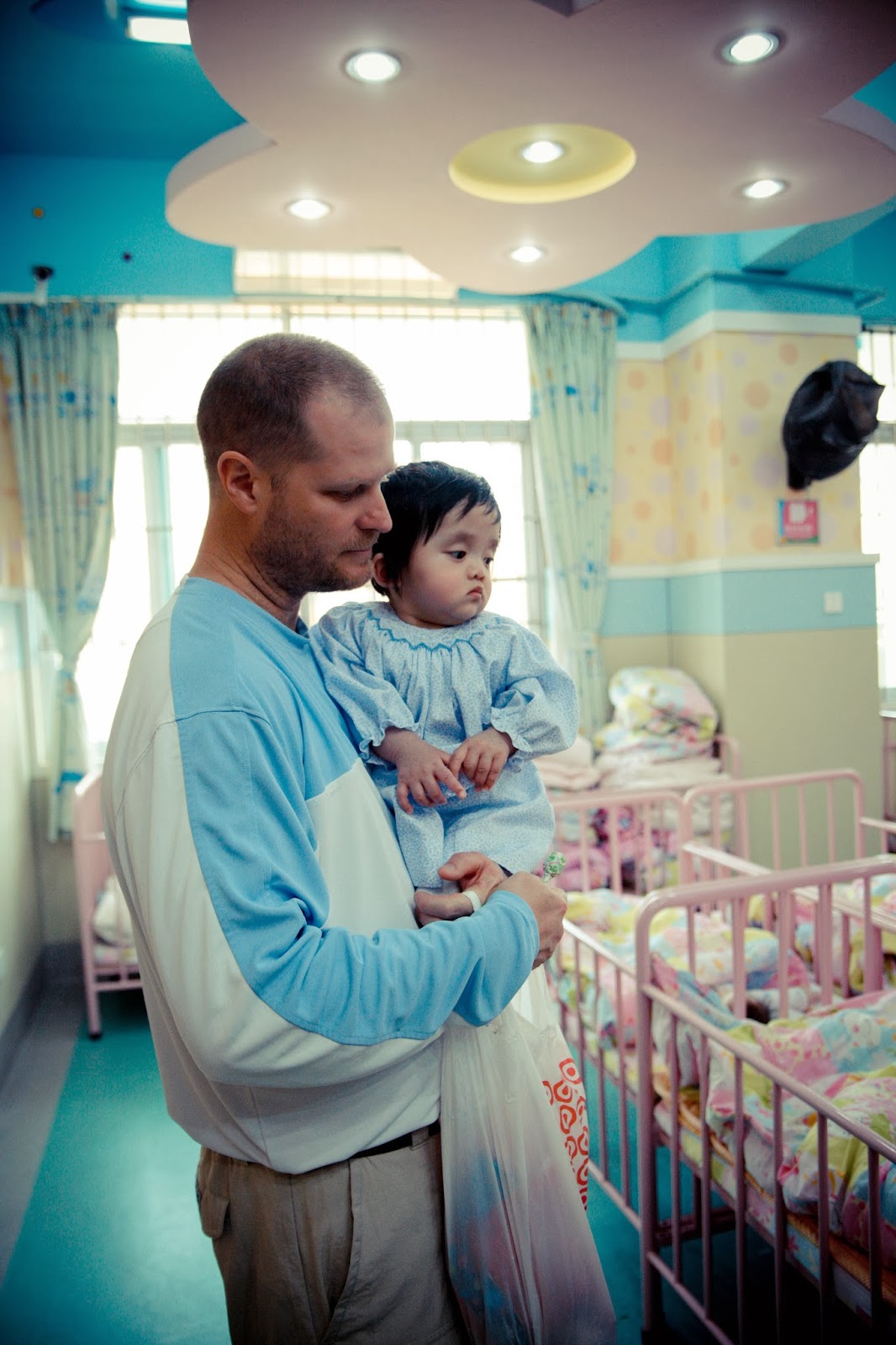 Back downstairs to the playroom...she came alive again and gave lots of smiles to the head of nannies who clearly adored her.  They were so kind not to impose taking her out of my arms at all.  But, when she would reach out to them I'd allow her to go and she'd immediately turn back and want to come to me. They would them mention "oh, mama, mama..." with a smile! 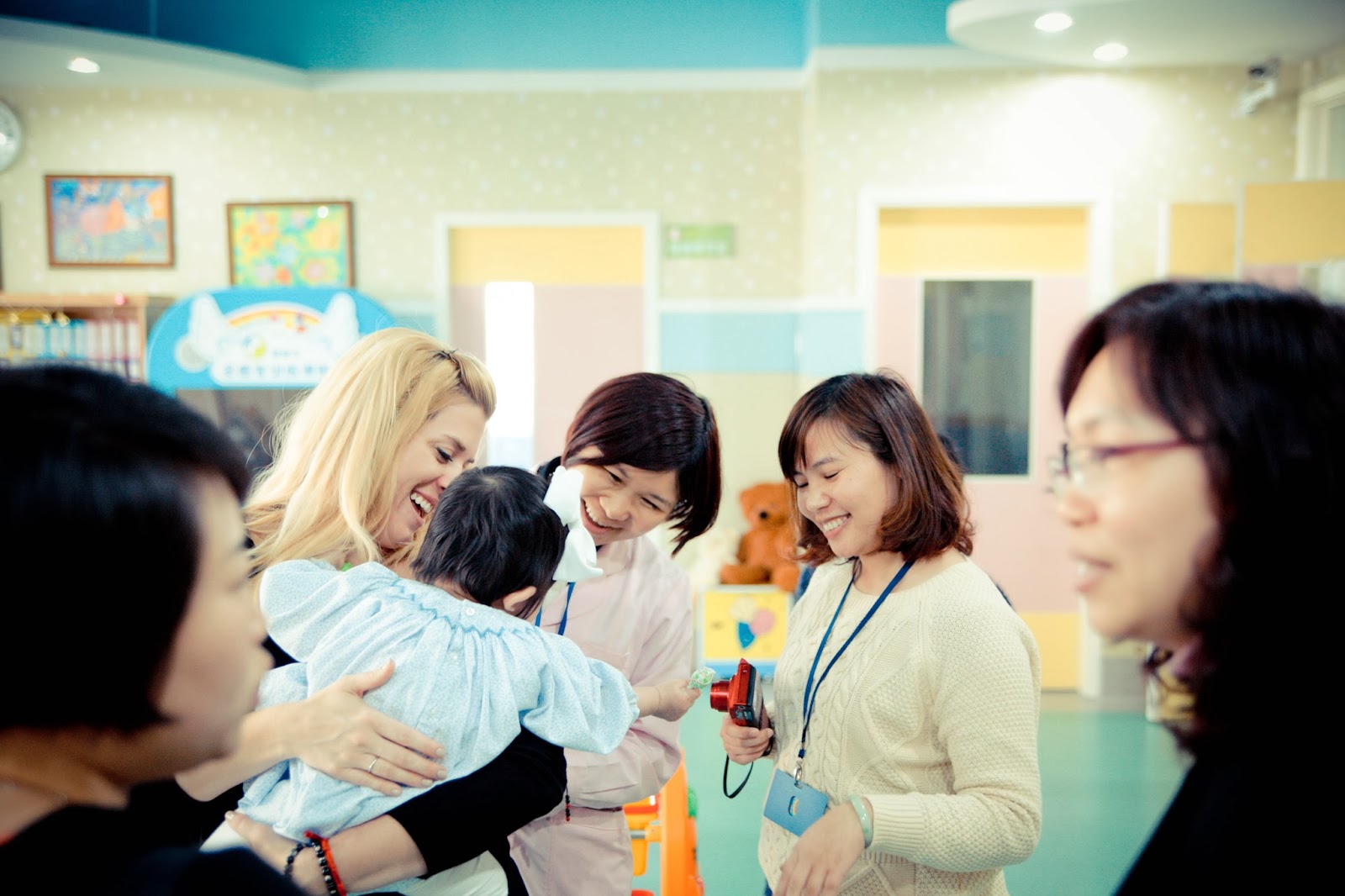 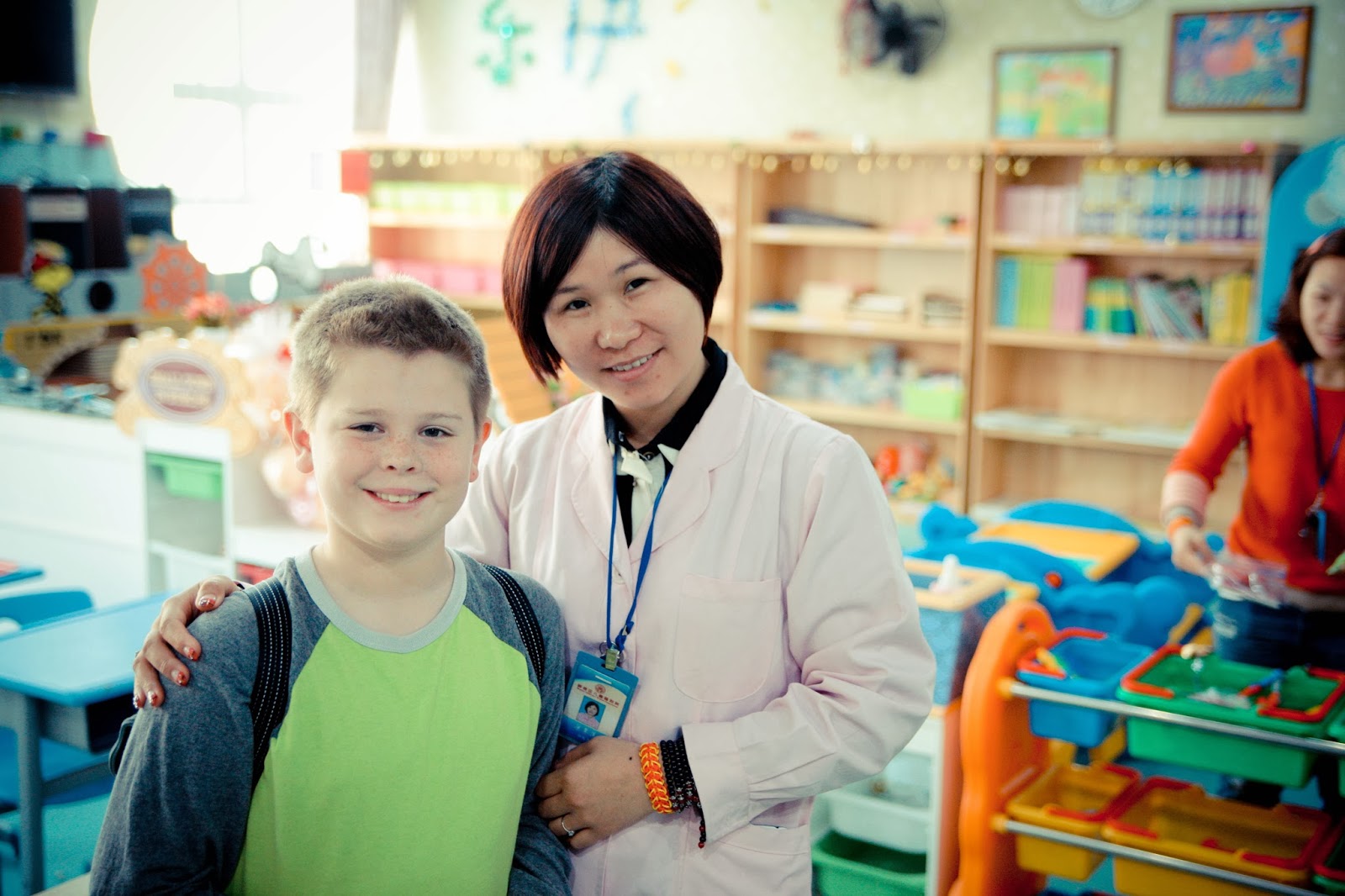 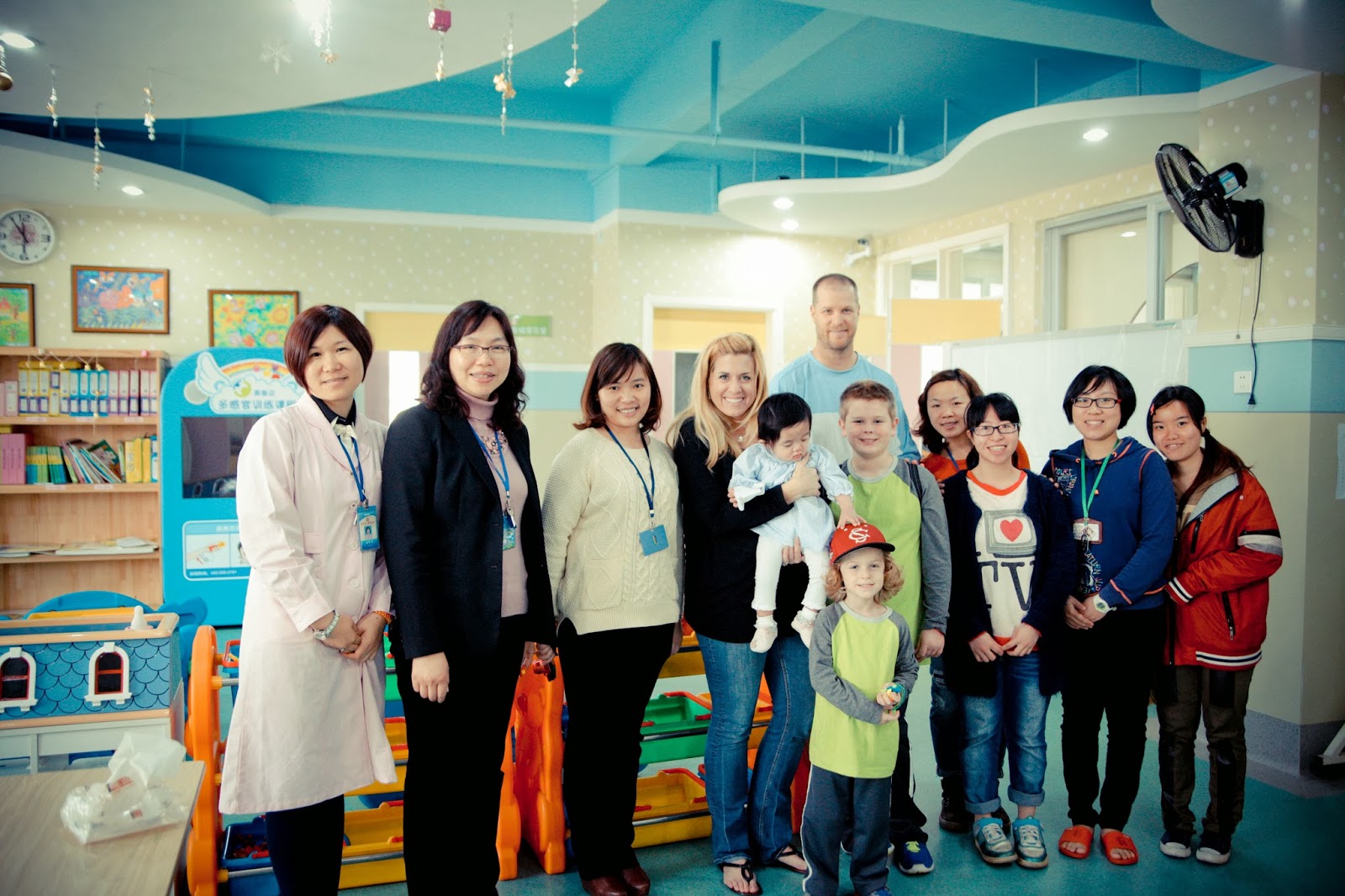 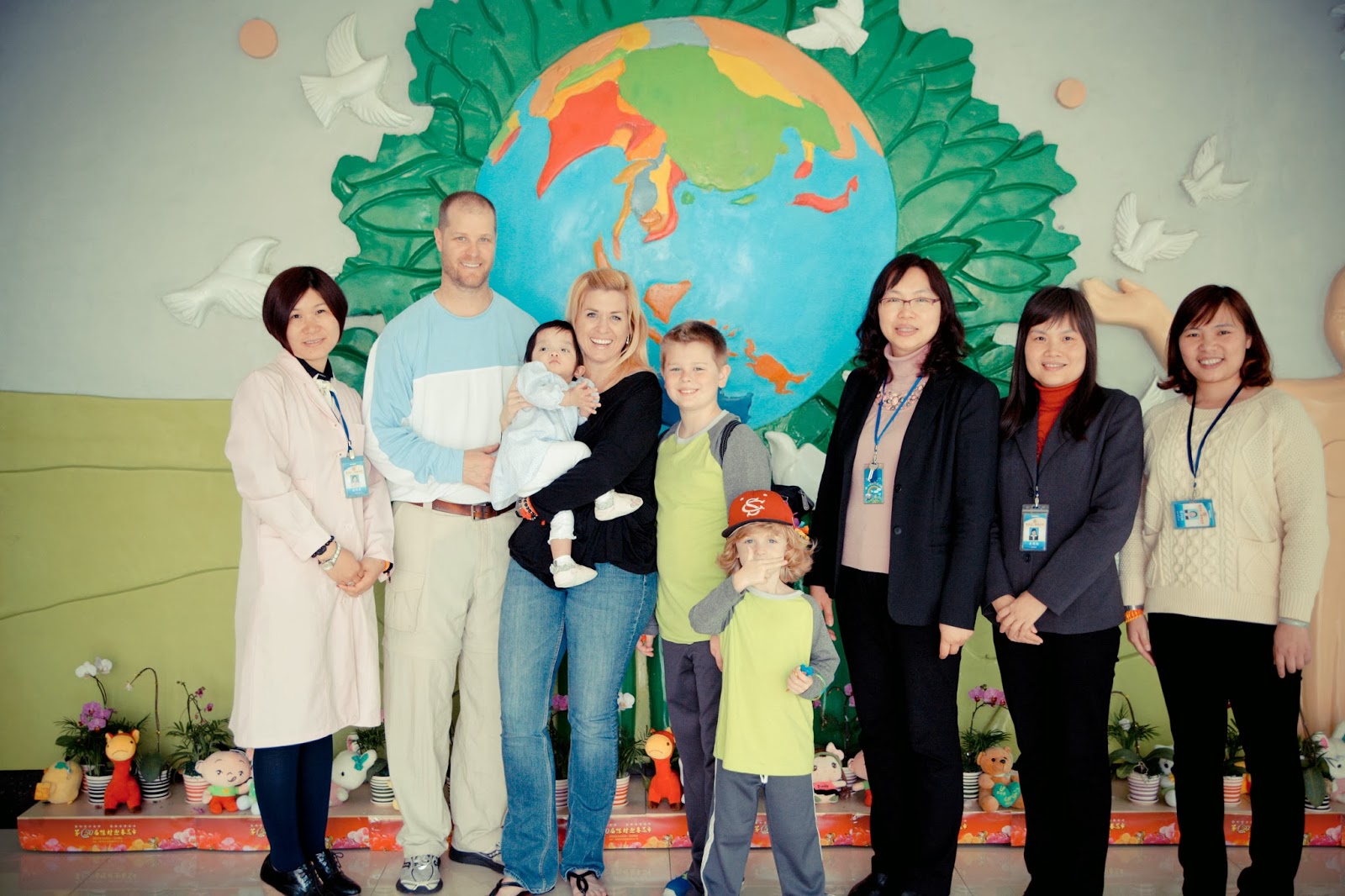 The orphanage director with me and my girl... 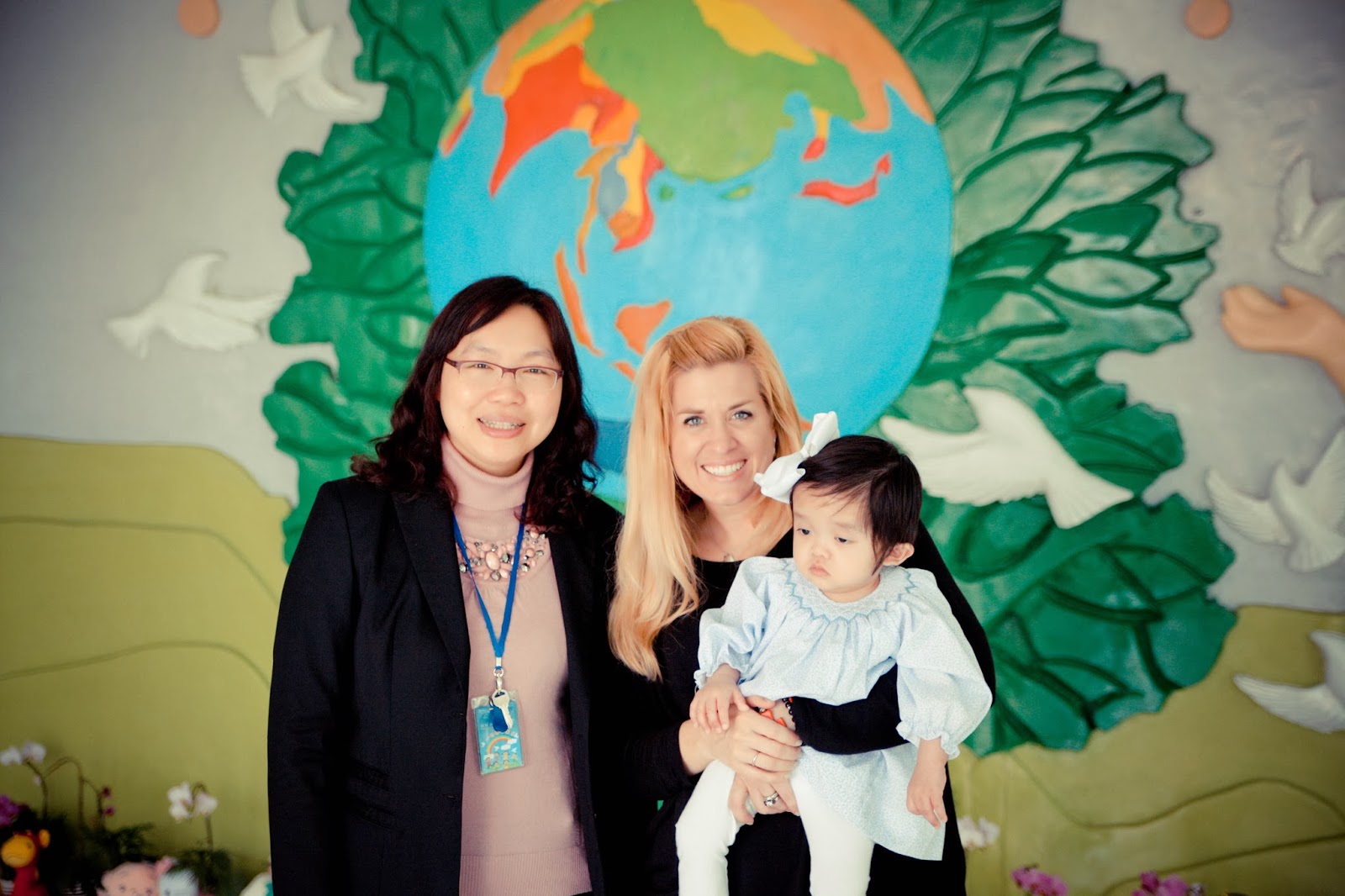 Three of my beautiful four... 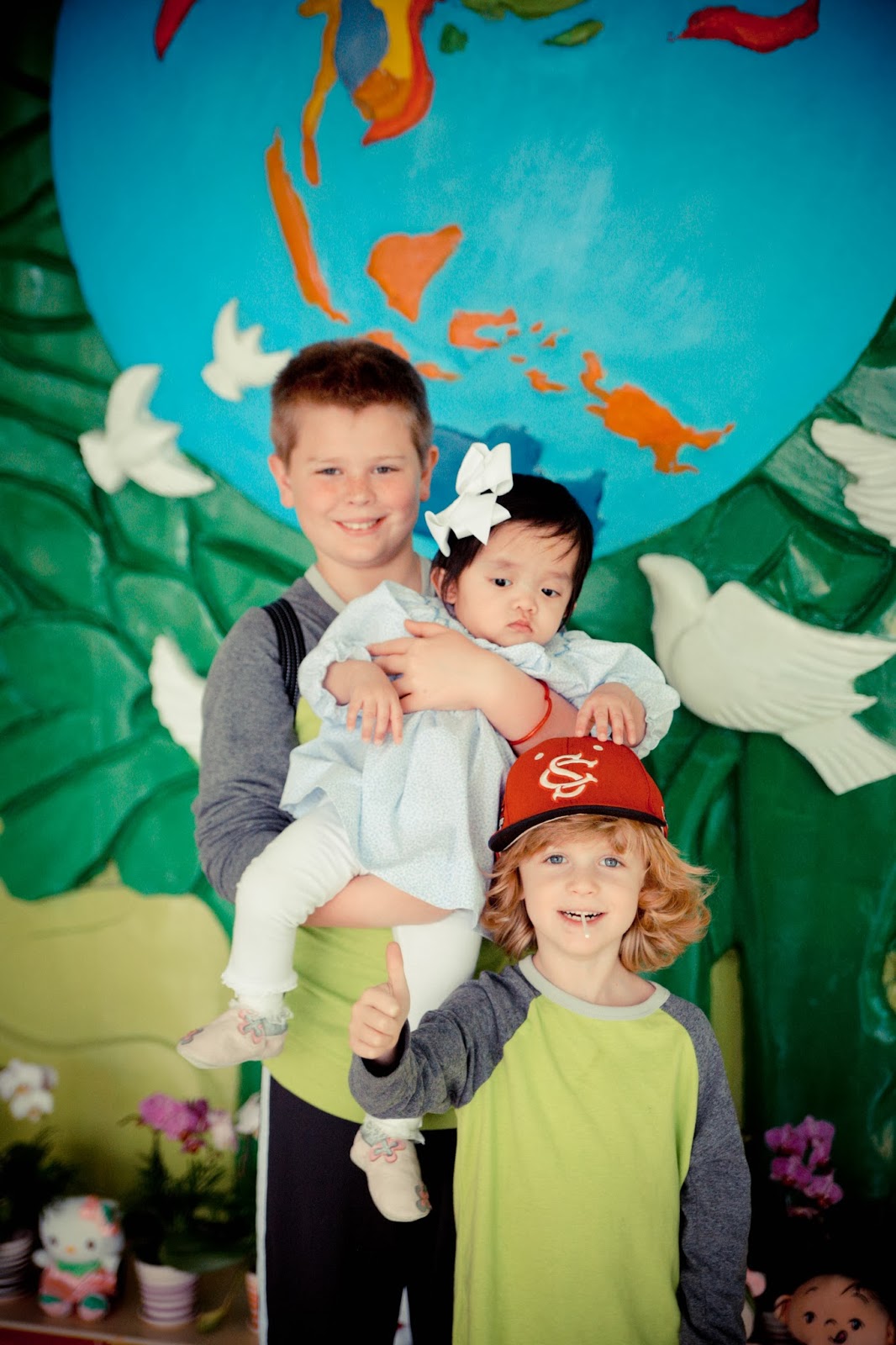 As we were leaving in the cab...she knew...somehow...she just knew.  We had said goodbye...we were her future...her family now.  She knew...and she leaned in to me to cuddle as we drove away. 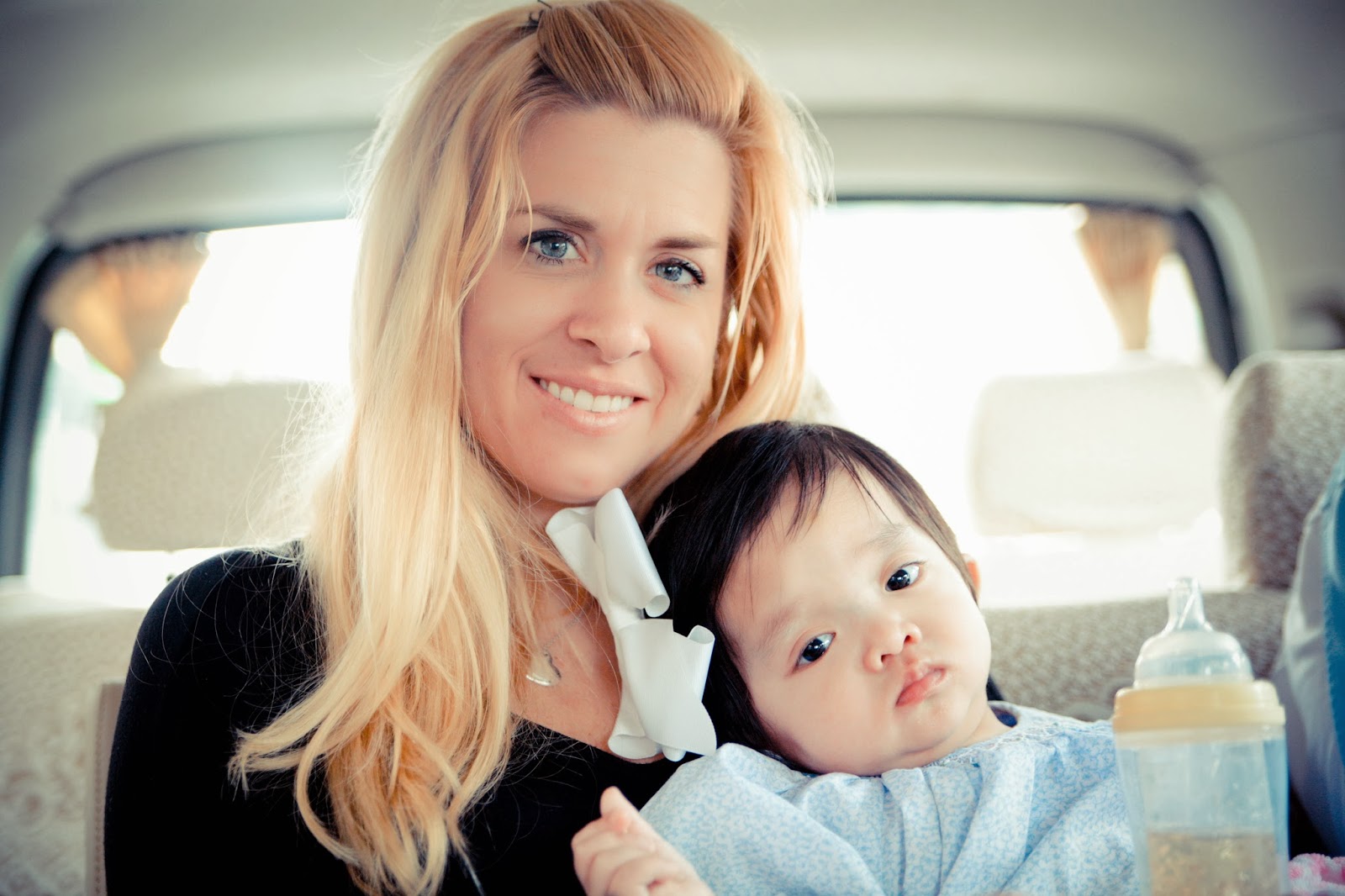 Heal my heart and make it clean;
Open up my eyes to the things unseen.
Show me how to love like you have loved me.
Break my heart for what breaks Yours;
Everything I am is for Your Kingdom's cause...
As I walk from Earth into Eternity.
﻿
Posted by The B Family at 6:33 AM

So beautiful and LOVED reading every word. Blessings and love as you continue your love story with your beautiful family.

The last photo says it all...Beautiful account of your visit to the orphanage...heart-wrenching, too. Thank you.

Oh Rebecca, I'm so grateful you shared this...I'm very naive, had no idea and this orphanage looks so nice. Like you said, God didn't intend for children to be raised in a place like this, its not by His design.

I'm so thankful you and Scott have had this wonderful journey, experiencing what your sweet Andie-Grace lived and where she comes from. Oh the conversations you will have with her as she grows up. What a blessing from God! I'm thrilled for you all. God's blessings as you travel back home and get your sweet girl settled into her real home.

Your writing is always so beautiful and full of God's word. I am so happy to see her little smile coming out. I look forward to following your family's story as it unfolds with your precious baby girl, Andie- Grace.

Thank you so much for taking our son's book! It's so wonderful to see the book in the nannies' hands. :) Thank you for taking those photos. The orphanage looks nice, though our hearts are breaking for the children who are still waiting for their forever families.