Let's start with the good stuff!  This sunset on my birthday re-do night was magical!  Like the clouds were on fire.  Just magnificent to see...thank you, Jesus. 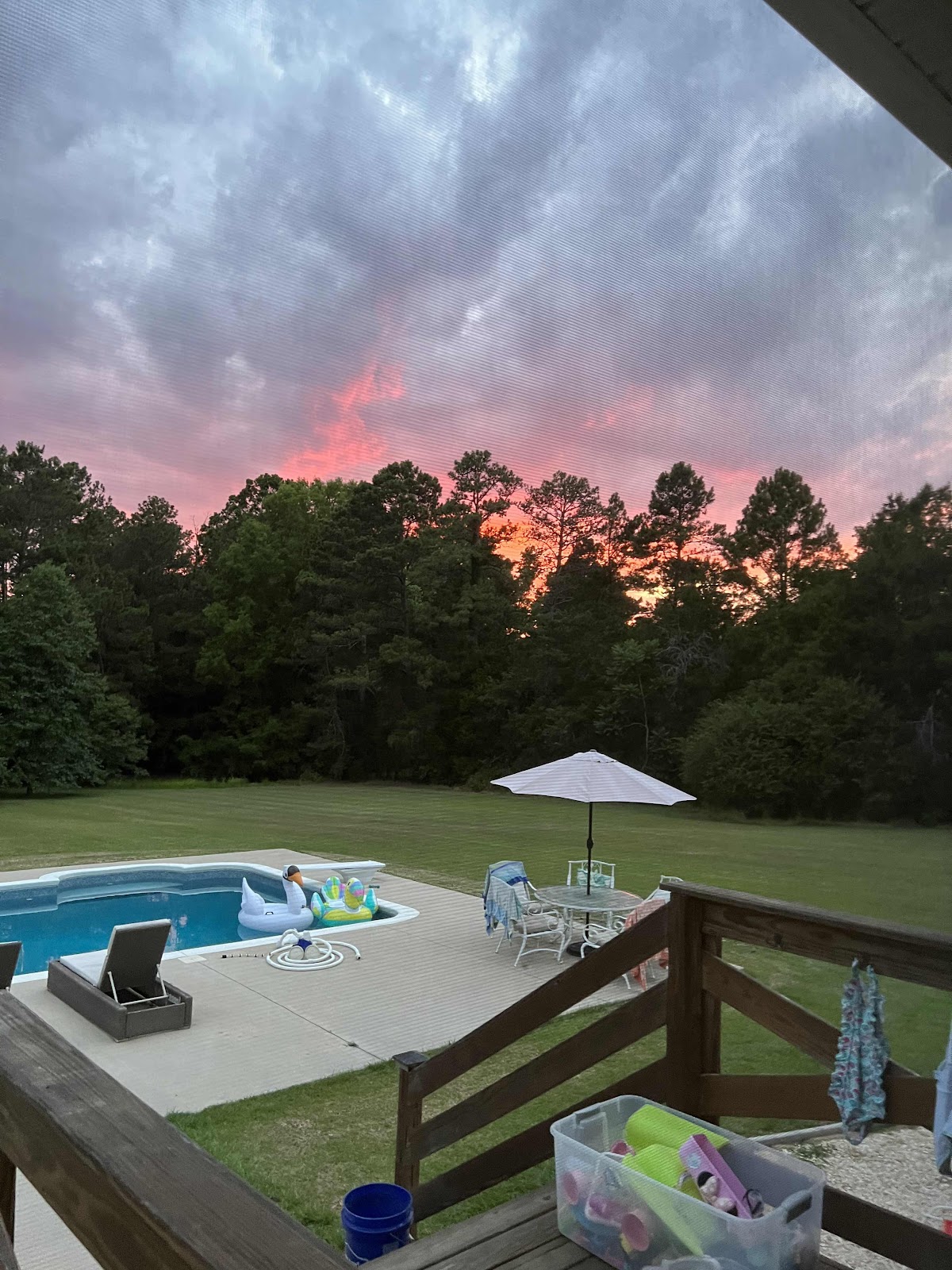 Our crew after my most precious at home party...here's to 43! 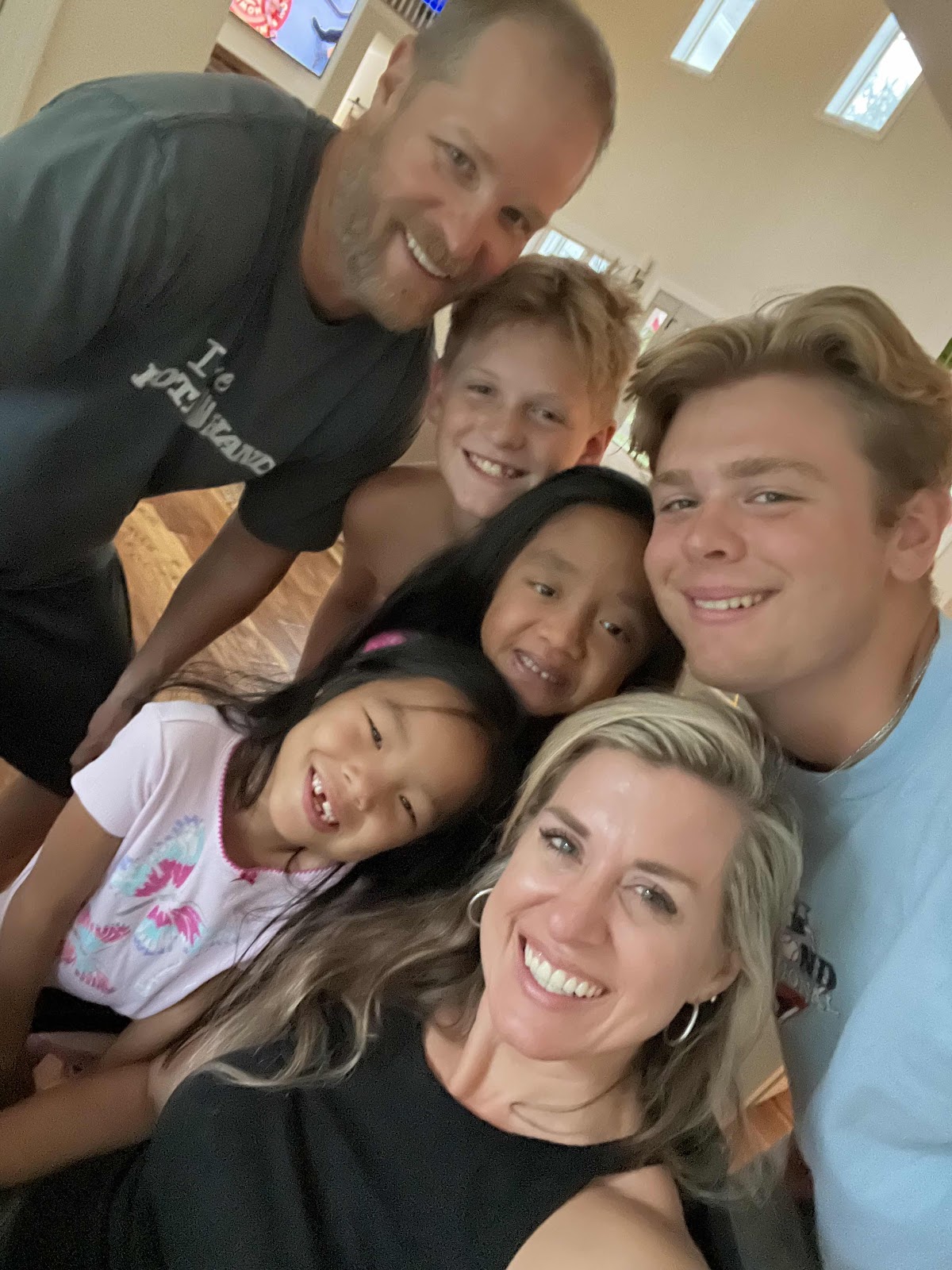 Candles, jewelry and a bag!  They know me well! 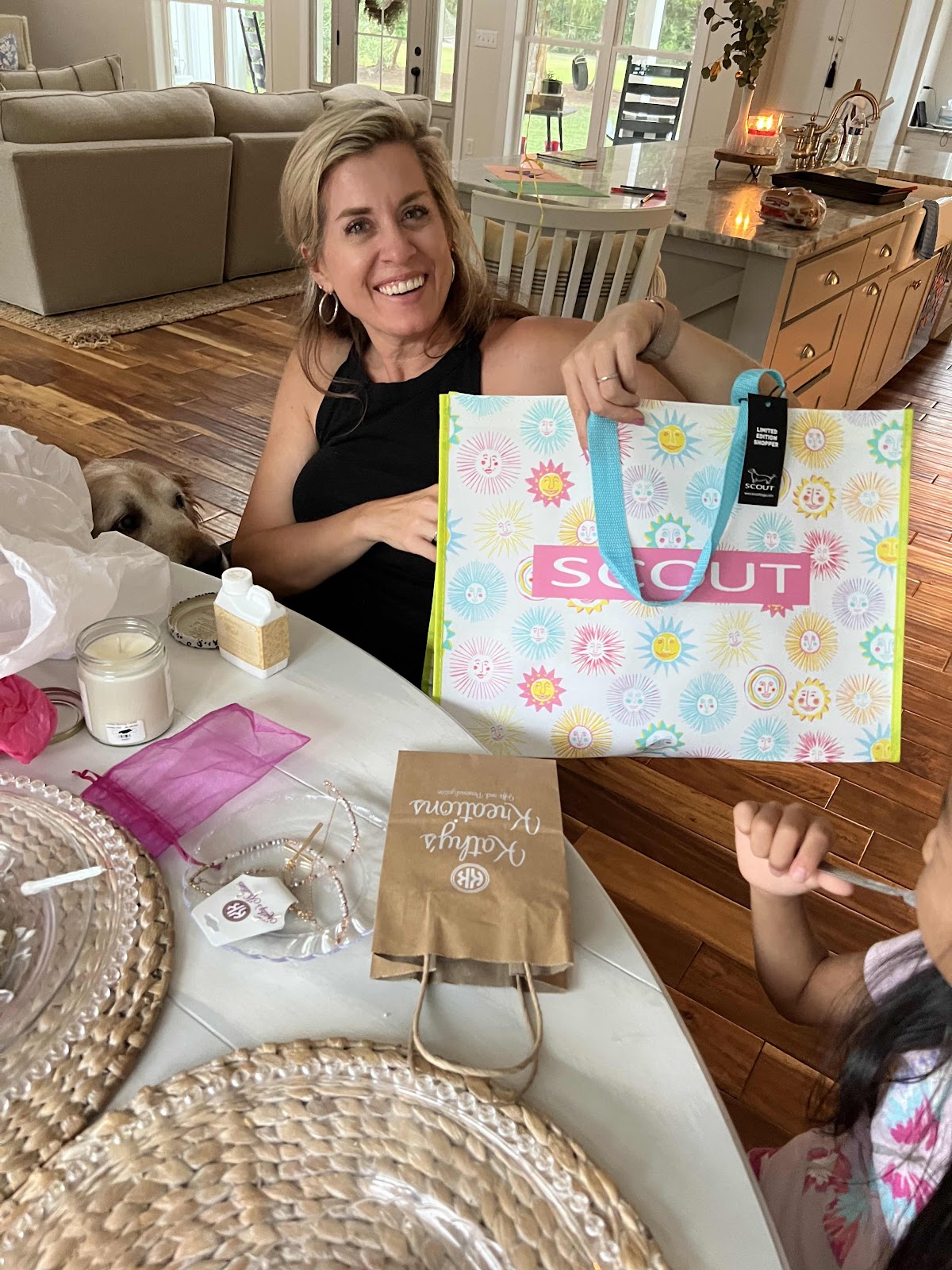 Lots of swimming this week! 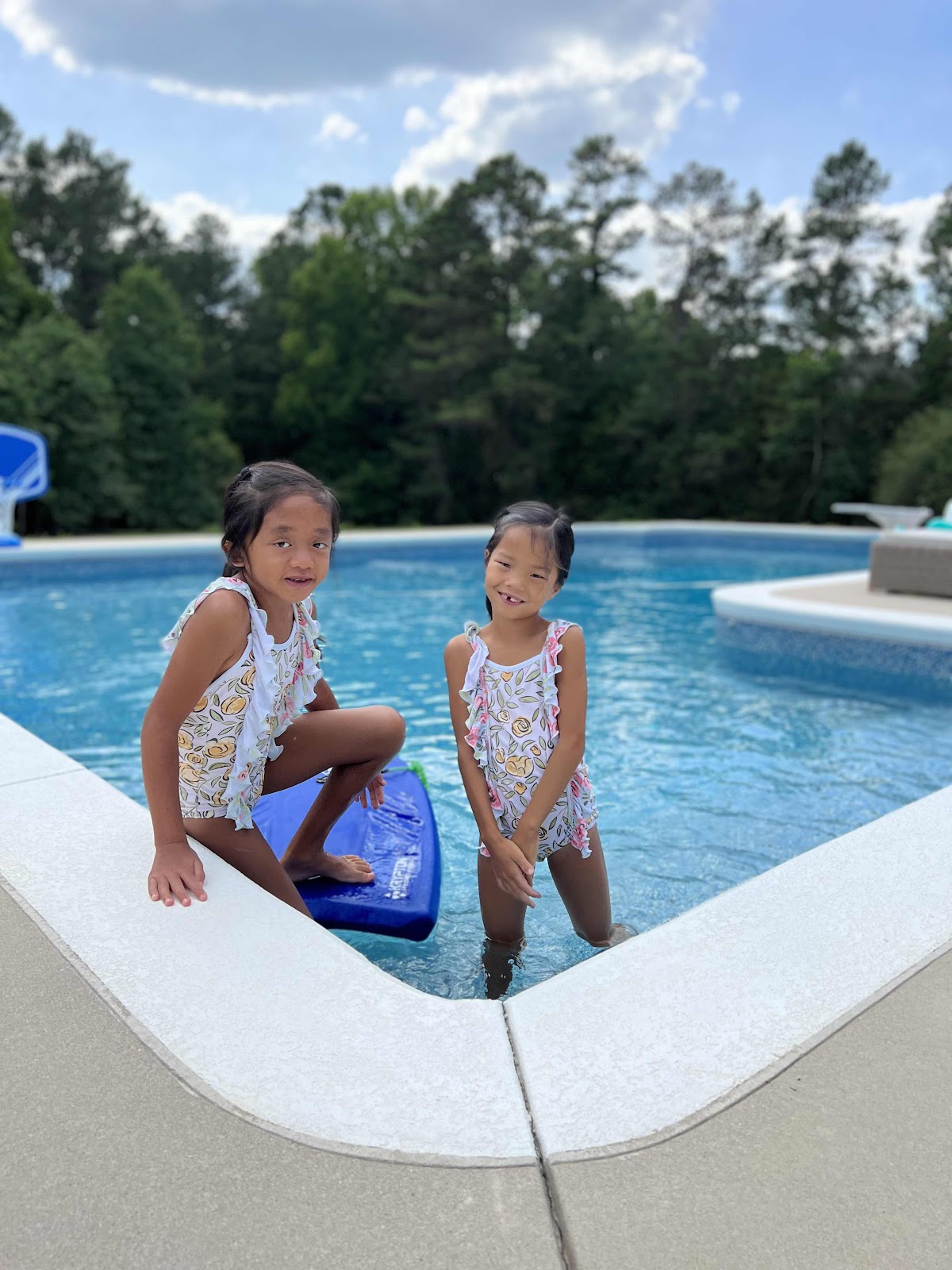 Mama also got a new phone with a much better camera so lots of pictures are in store. I began with these two cuties! 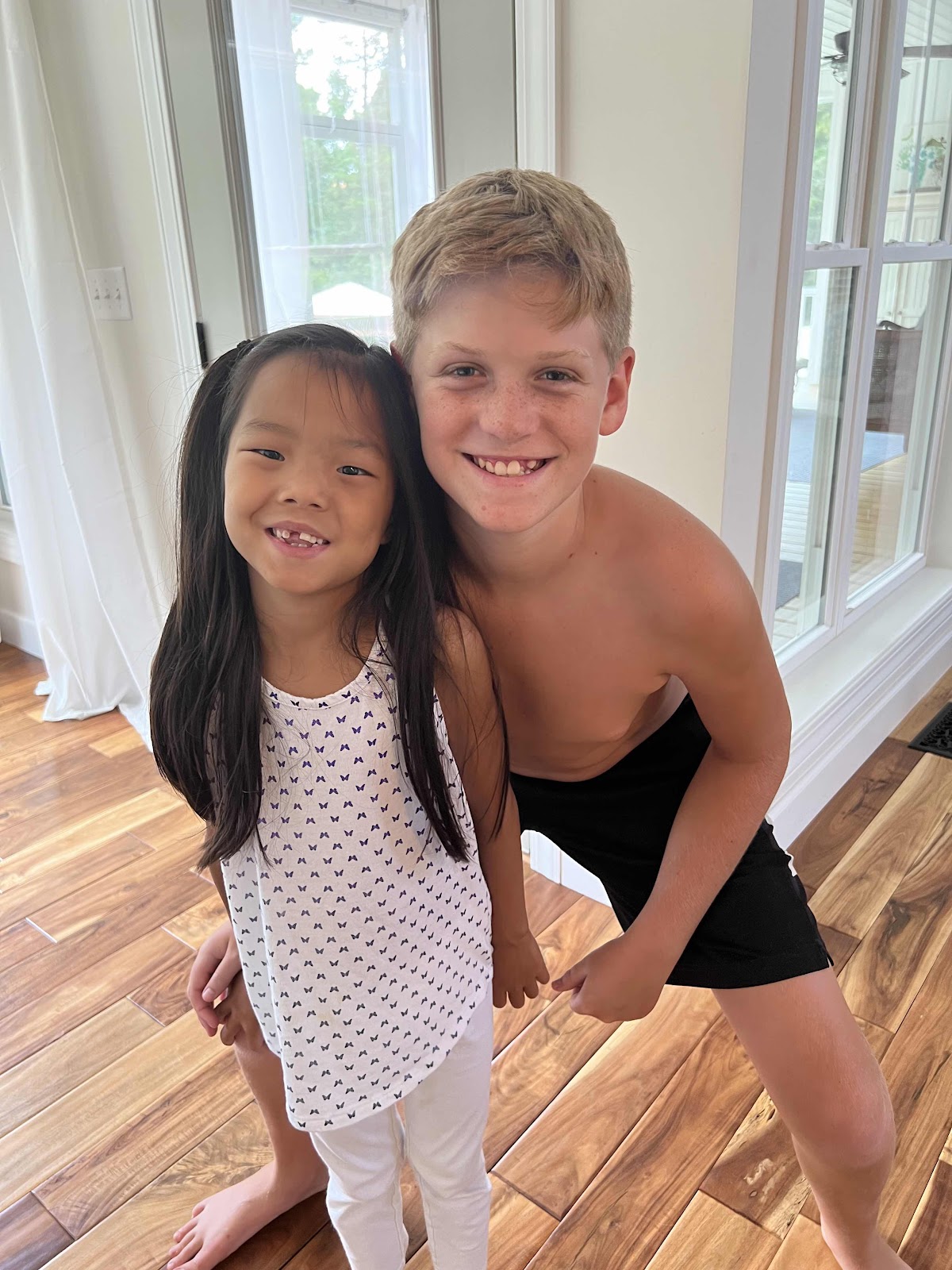 And this little Chicken Mama was the last photo I took on the old phone.  What a difference! Sure are thankful for this precious gal and her egg-cellent business!  She is our official Queen Bock-Bock! 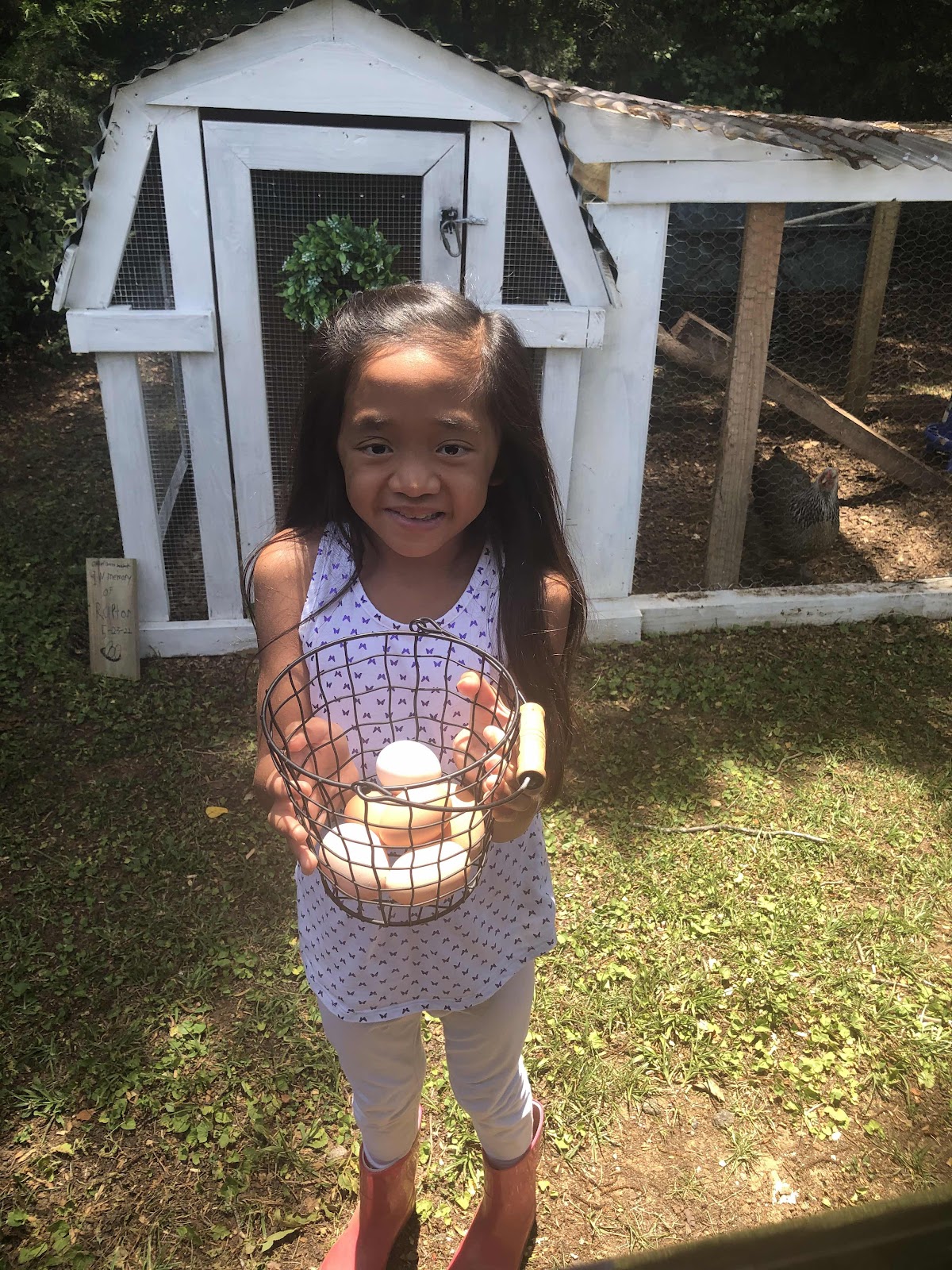 After drums on Wednesday, Bear asked me to stop at Publix so he could get something.  He walked out with this giant birthday balloon and my favorite coconut milk ice cream!  What a treat! He knows his mama so well! 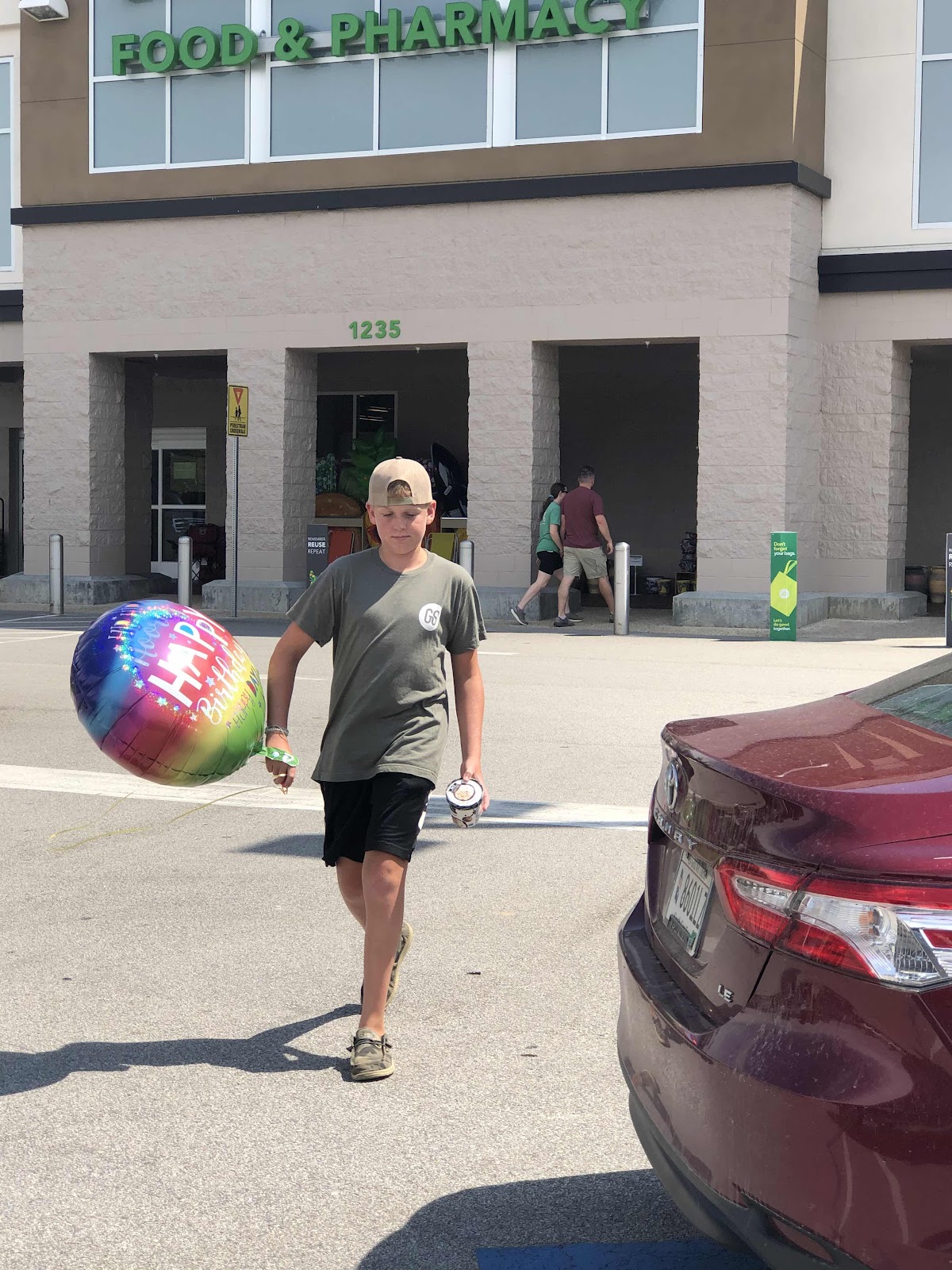 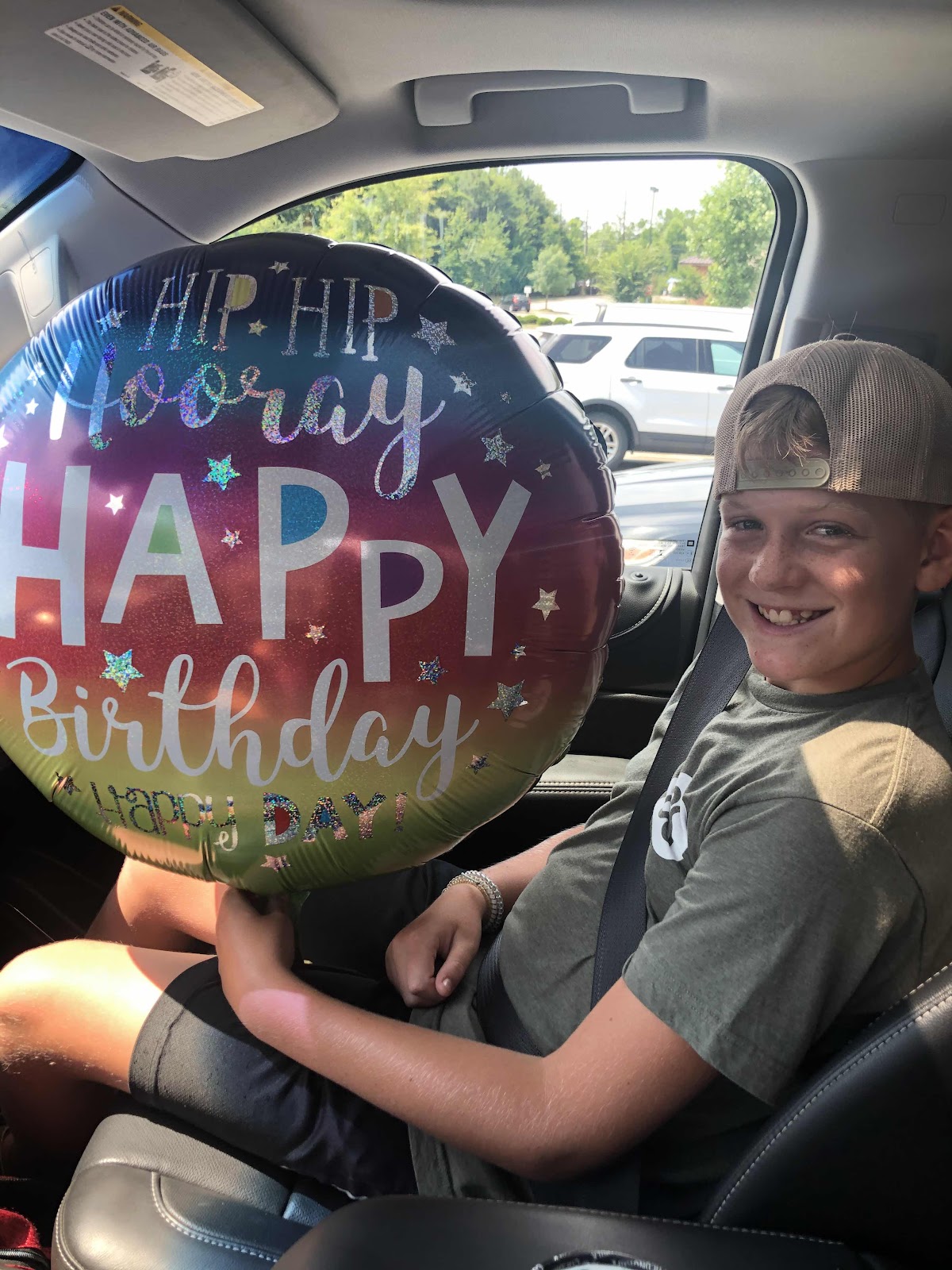 And while we were at home...Bubba was in the Outer Banks {since Sunday} with the other senior boys from our church on the big trip that Pastor Don takes with the new graduates each year.  They spent four days living it up in the Outer Banks, NC.  They boogie boarded giant sand dunes, went to see the new Top Gun movie, played putt putt, were discipled and challenged and equipped for this next season of their lives and then went deep sea fishing on a 68 ft yacht!!!  Bubba brought home the absolute BEST fish I have ever eaten.  Can't get much better than tuna that was in the ocean a few days ago.  What an incredible trip for him and what an incredible blessing to have a senior pastor who truly shepherds the flock! Wyatt said Pastor Don would stay up just as late as they would shooting pool and playing corn hole.  Best memories! 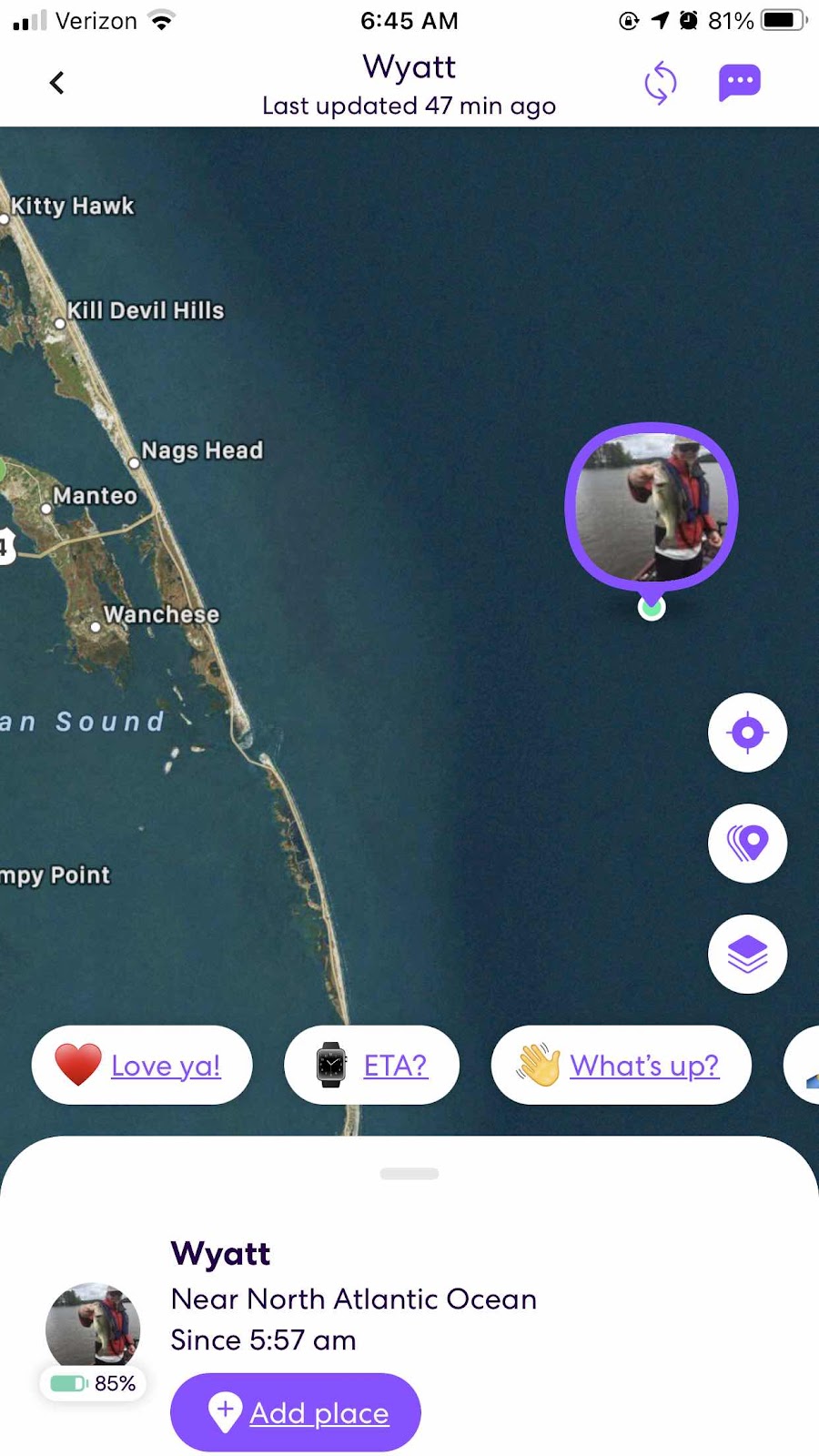 And then there was this...my sweet Panda ended up waking me up with a 105 fever and Scott and I about went nuts.  She was pretty puny but still amazingly tough.  My heart breaks to think of what she endured alone before our family.  She never complains and still forgets that she can ask for help and tell us she is hurting.  Trauma truly is lifelong.  So, we ended up in the doctor's office and she tested positive for the flu!  Yep, in June.  It was so weird too.  Lasted a few days...mostly fever...and we had them dropping like flies.  One night Luke and then AG and then AJ.  We definitely would have thought more of Luke's fever if it had been as high as AG's and lasted more than an hour or two.  We just thought he was overheated from a long day on the river fishing.  Nope, the flu for all three!  Grateful Scott and I didn't get it and that Wyatt was still away...and all were on the mend by the time he returned.  AJ did great with it.  Lower fever like Luke and then gone.  The amount of fresh pressed juice we went through would set some sort of record I am sure!  Thankful for strong immunity!  And this is my Panda girl waiting to see the doctor with still nearly a 104 fever...she's the toughest I know. 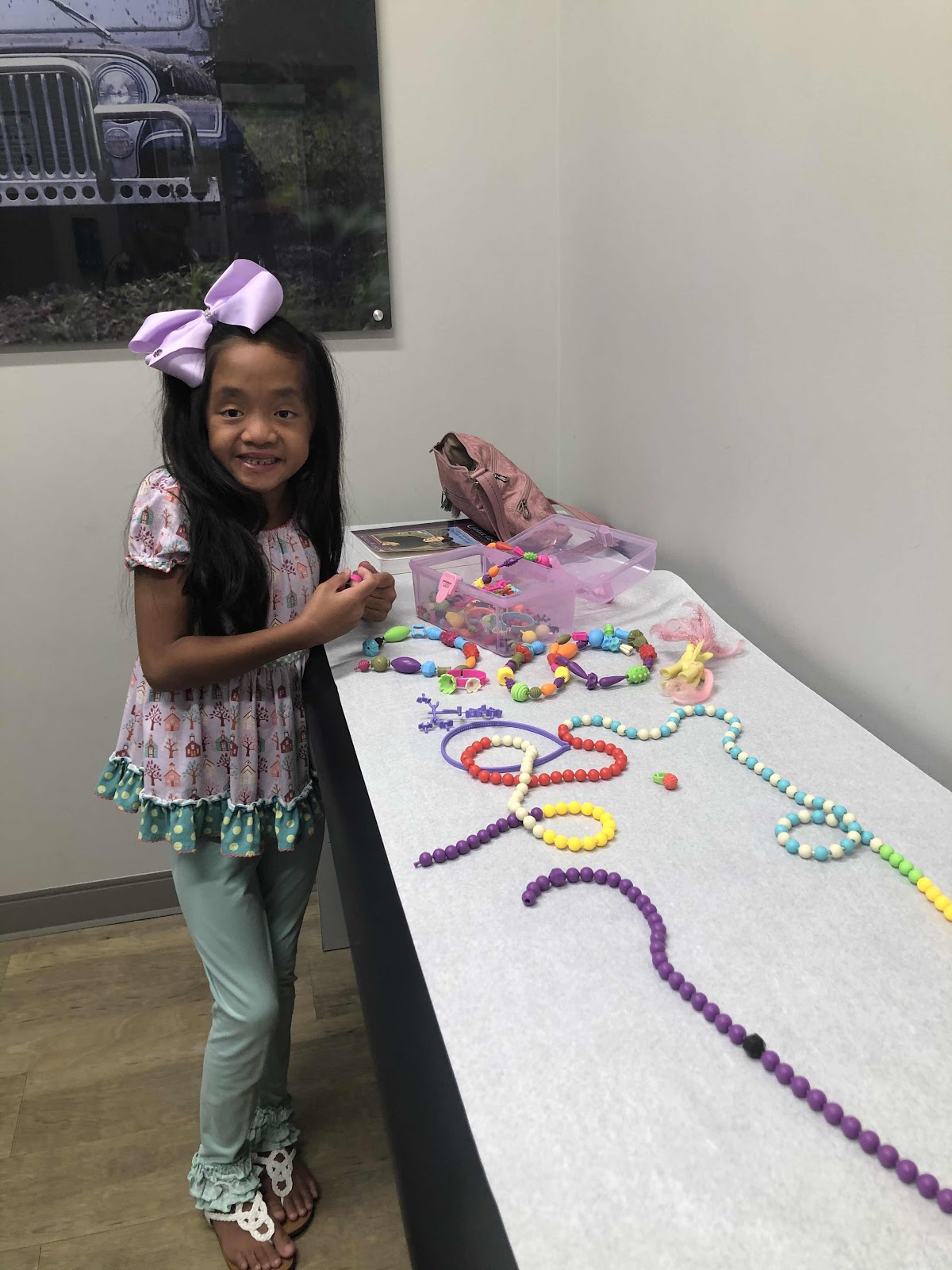 In the midst of that mess, we did get some more time at home and longer mornings on the porch.  Boss joined me and sat right in the pine straw to play with it.  He is a funny dog! 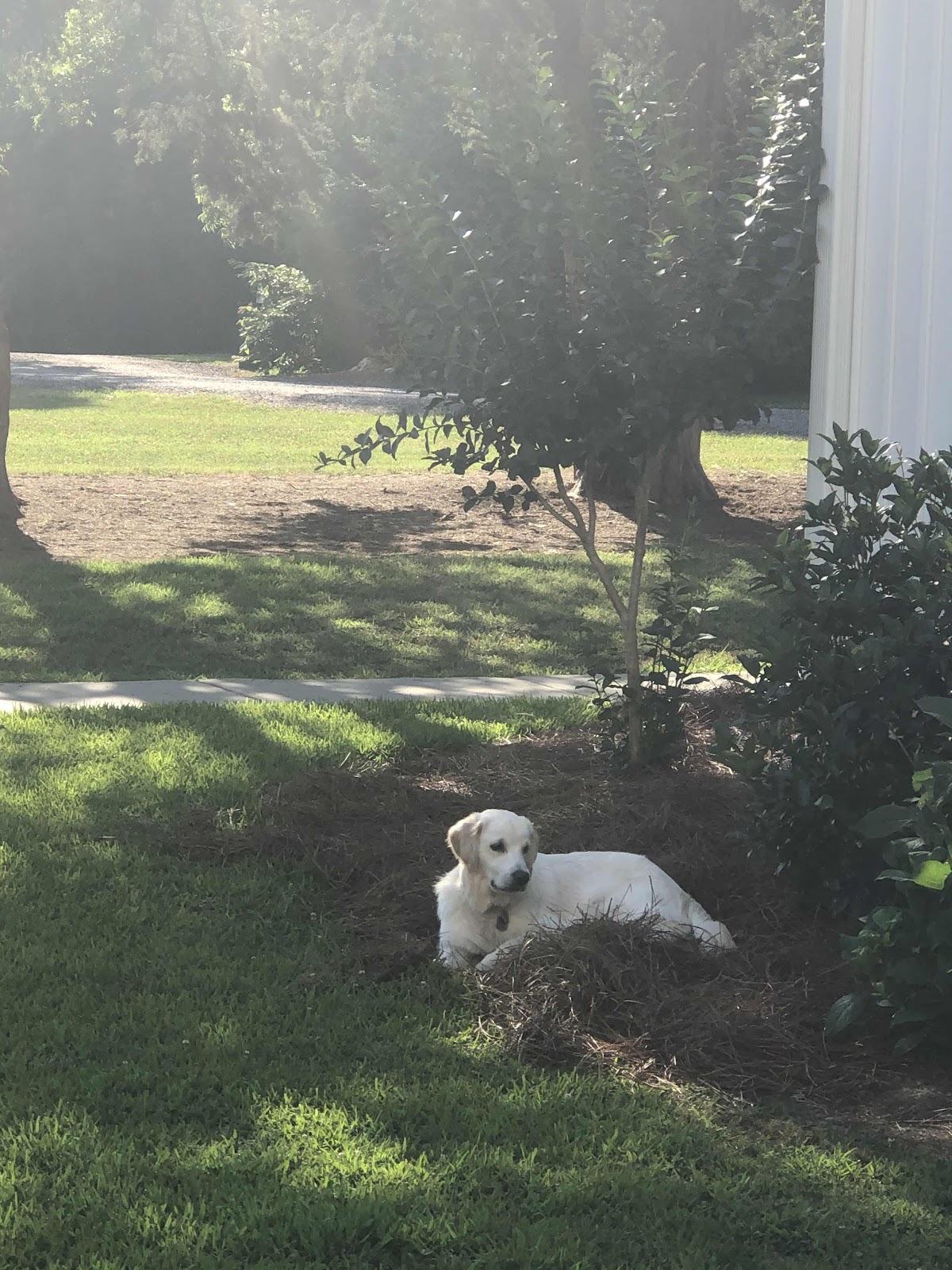 My Bubba surprised me with the sweetest display and thank you note for homeschooling him.  I cannot believe that he won't be here next fall.  I know it but I just can't imagine it.  Letting the first one fly is hard...and I'm not sure it will ever get easier. 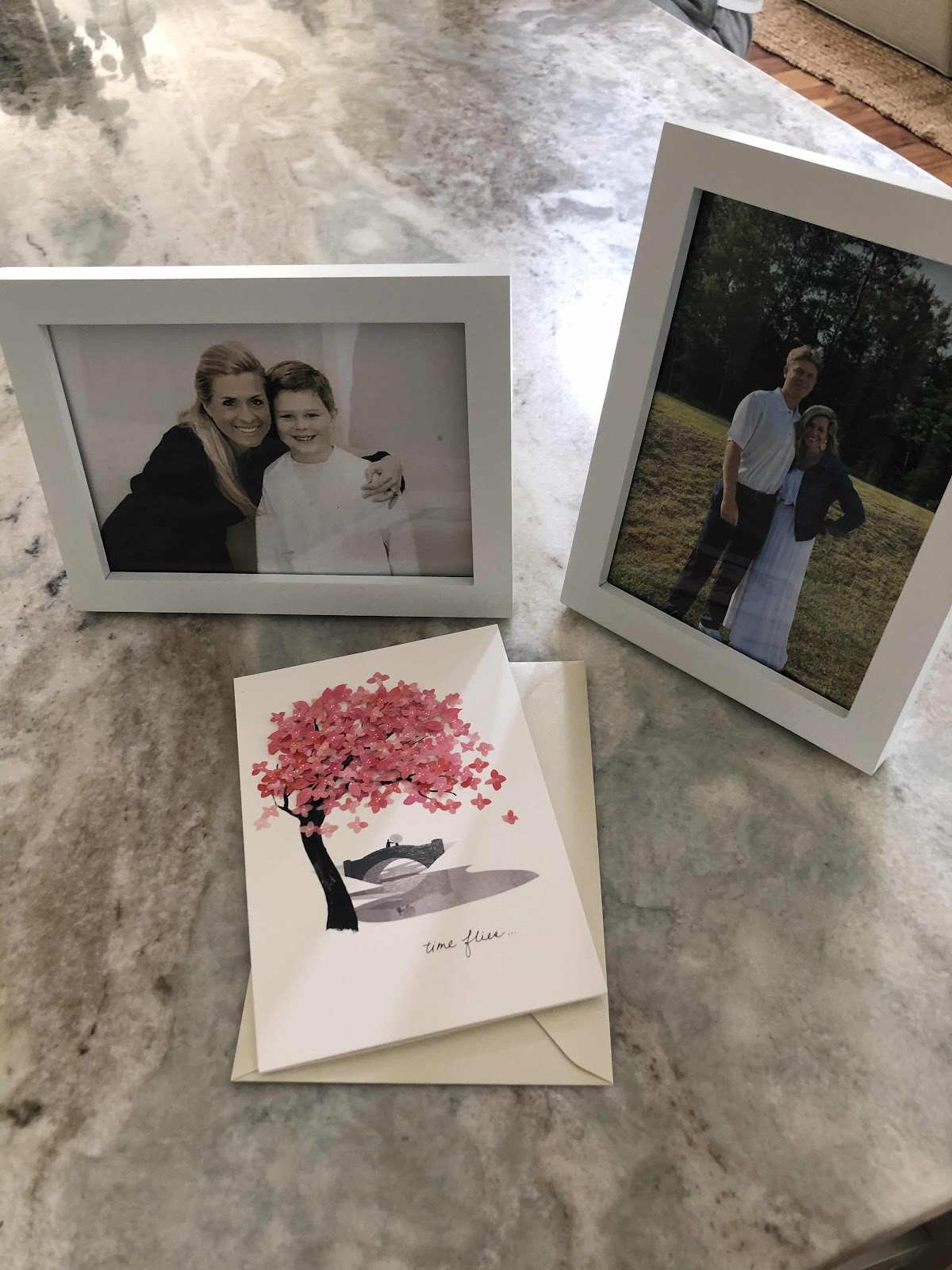 My boys! They are so kind to honor my requests! 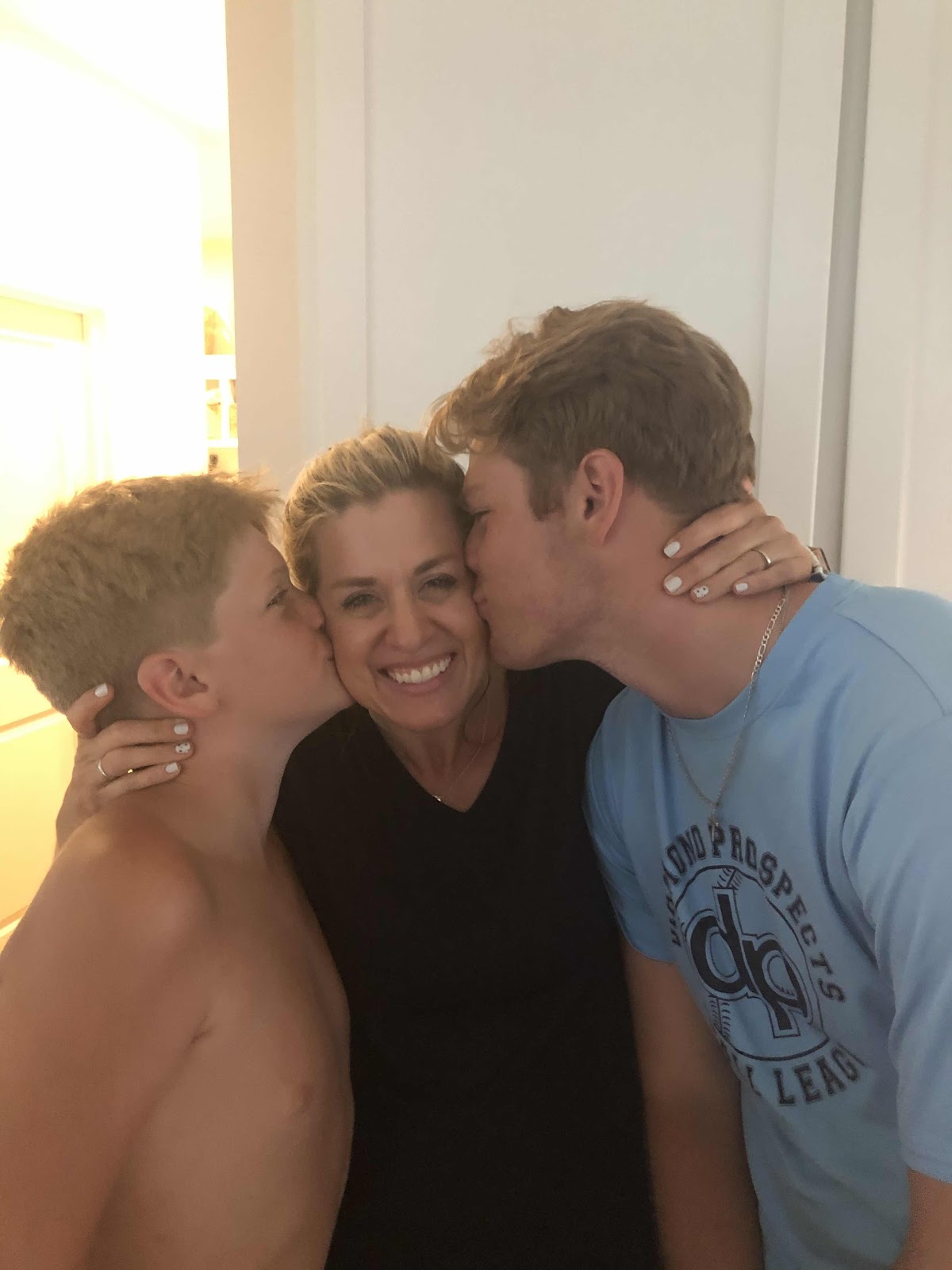 And more swimming...with the flu.  ha! 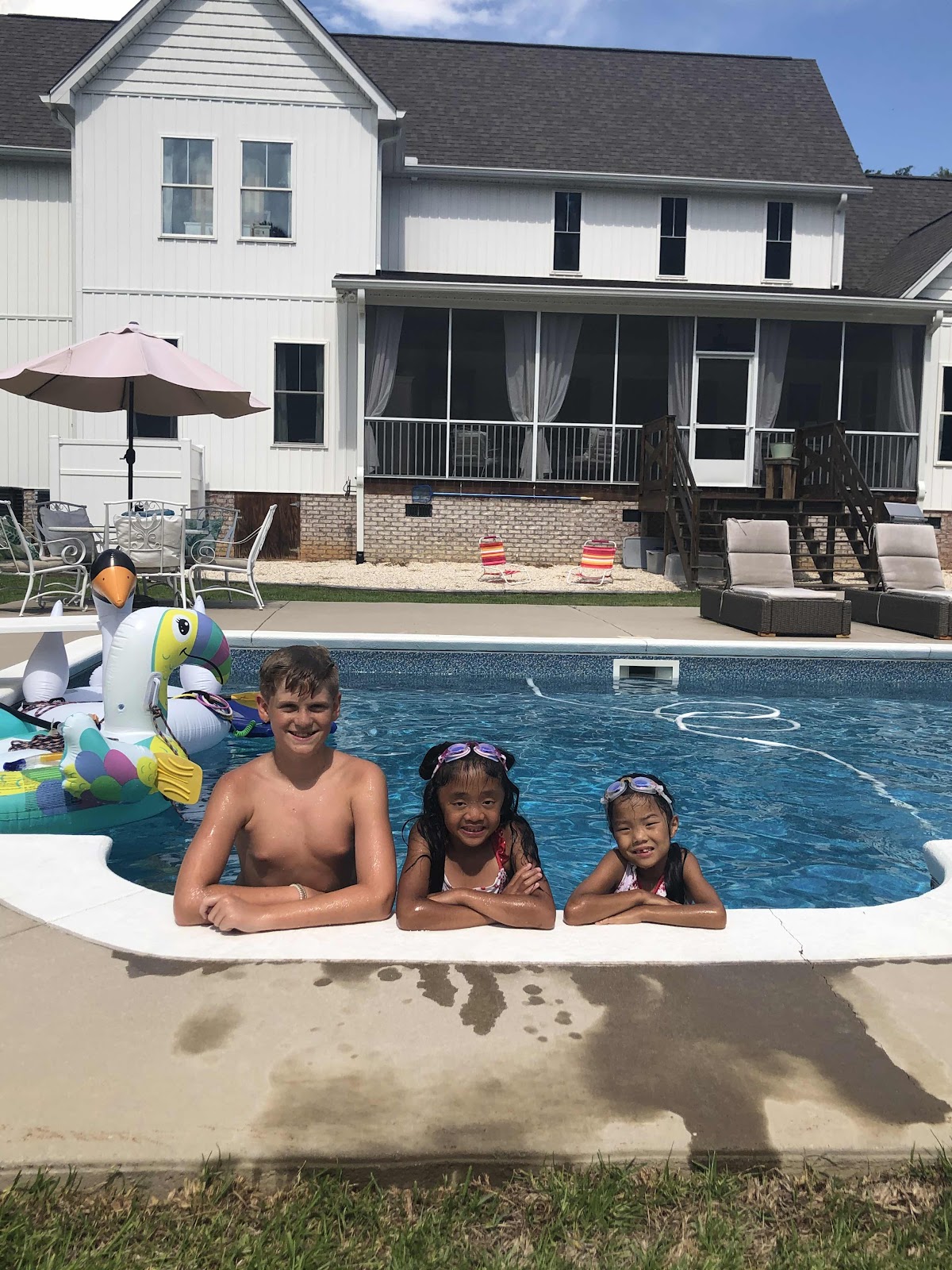 Before all that set in, the girls and I did have a nice little date out to Loveland Coffee where I enjoyed a hot tea and they split the largest vegan/gluten free cookie I'd ever seen.  So much fun! 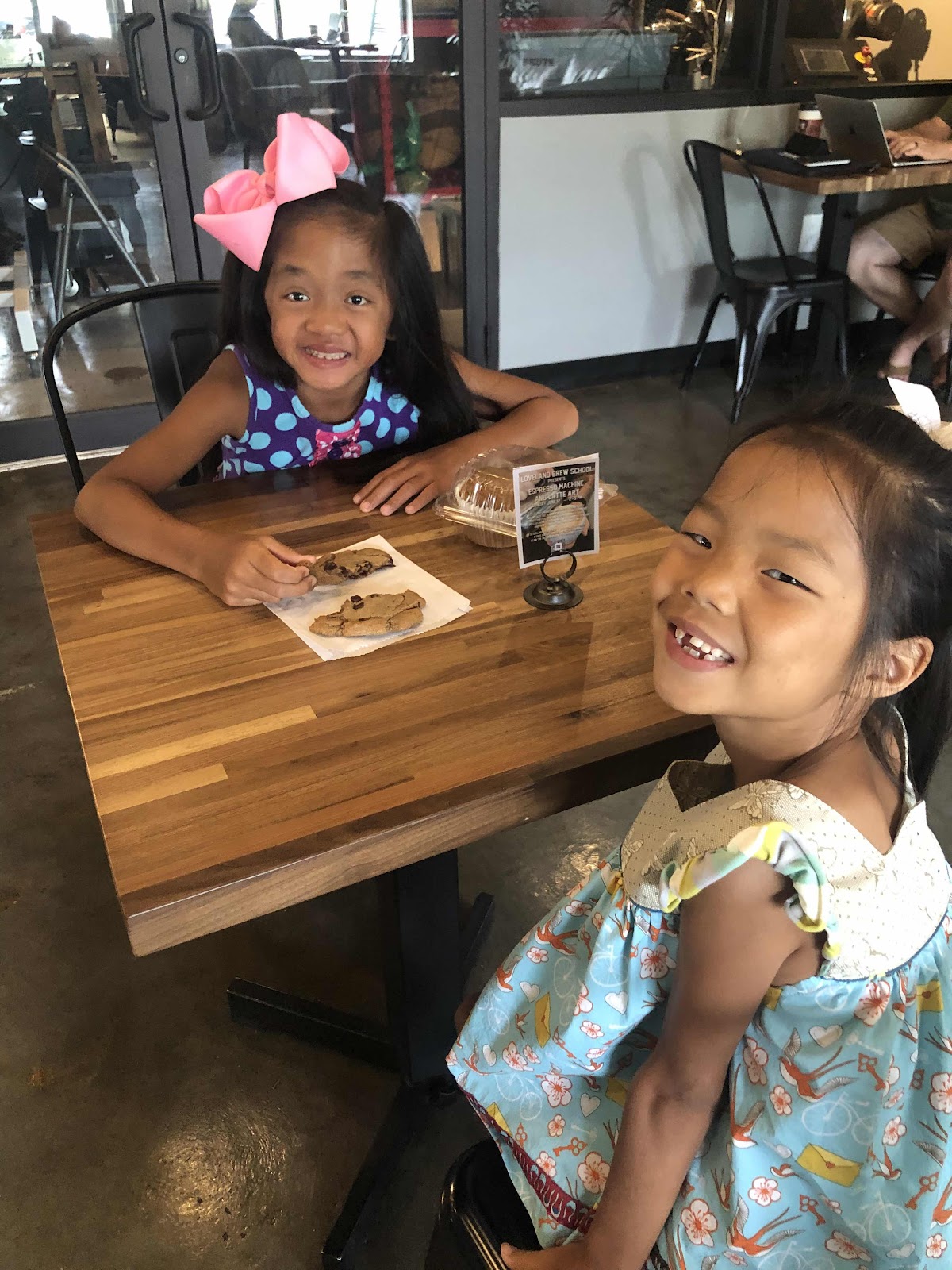 We also put a new wreath at Annabelle's...and then Panda asked to lead us in prayer before we left.  All three of my girls... 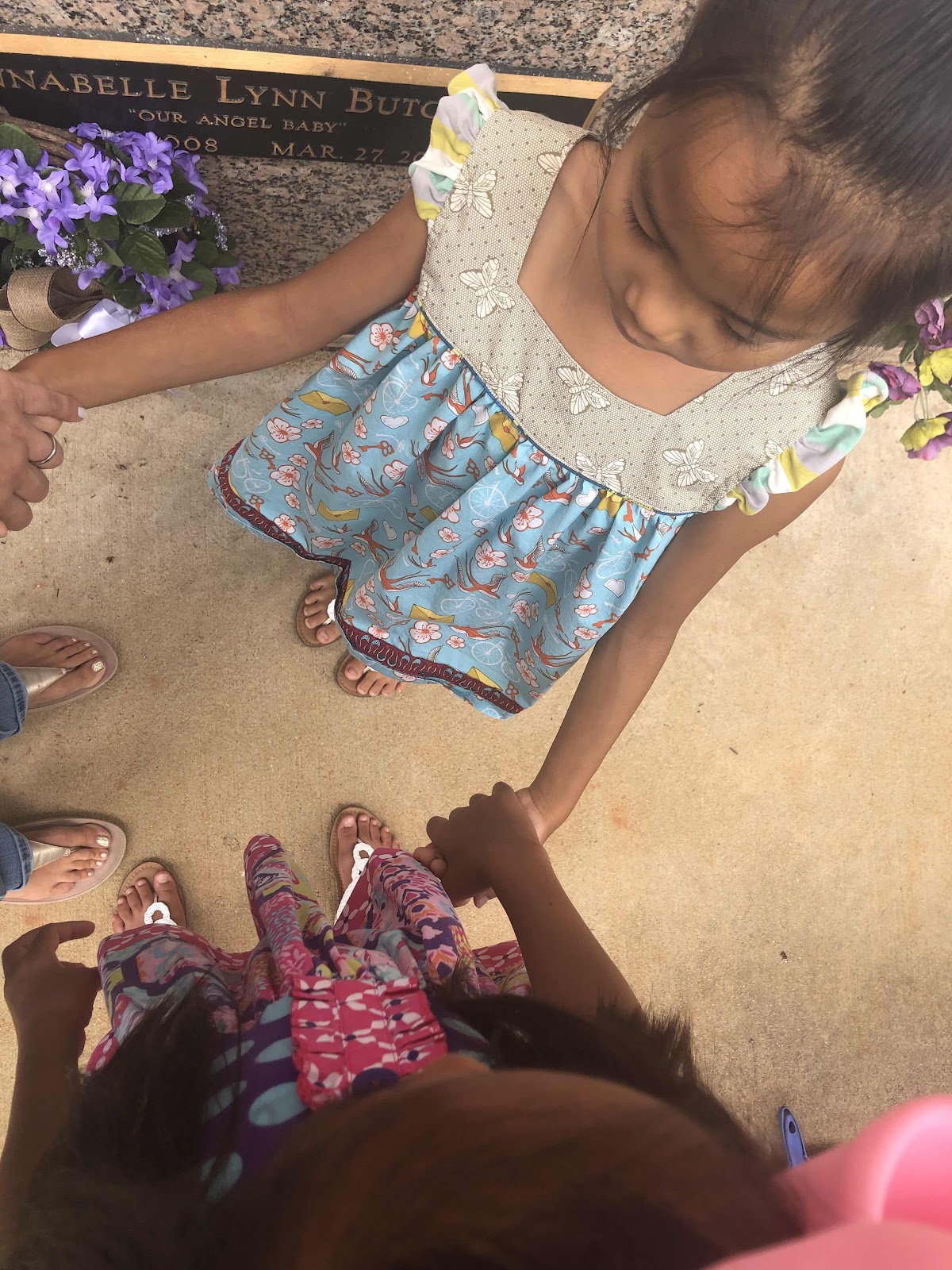 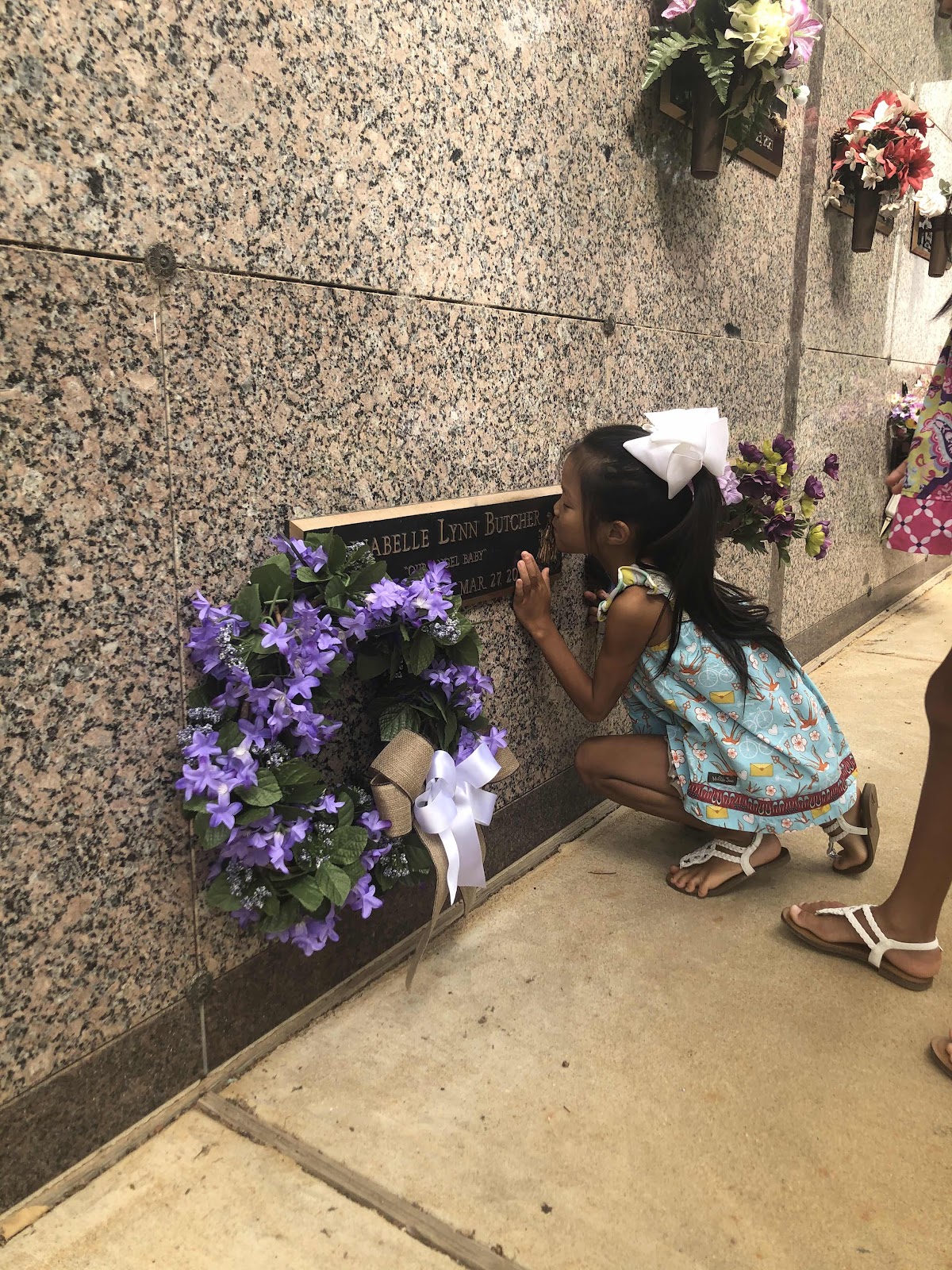 AJ was excited to help too.  Our kids don't have a weird stigma around this at all because we have made sure that it is just another part of life.  We enjoy our time here and know that this is a sweet way to honor those who have gone before us.  It's only just for now...one day all will be made new again. 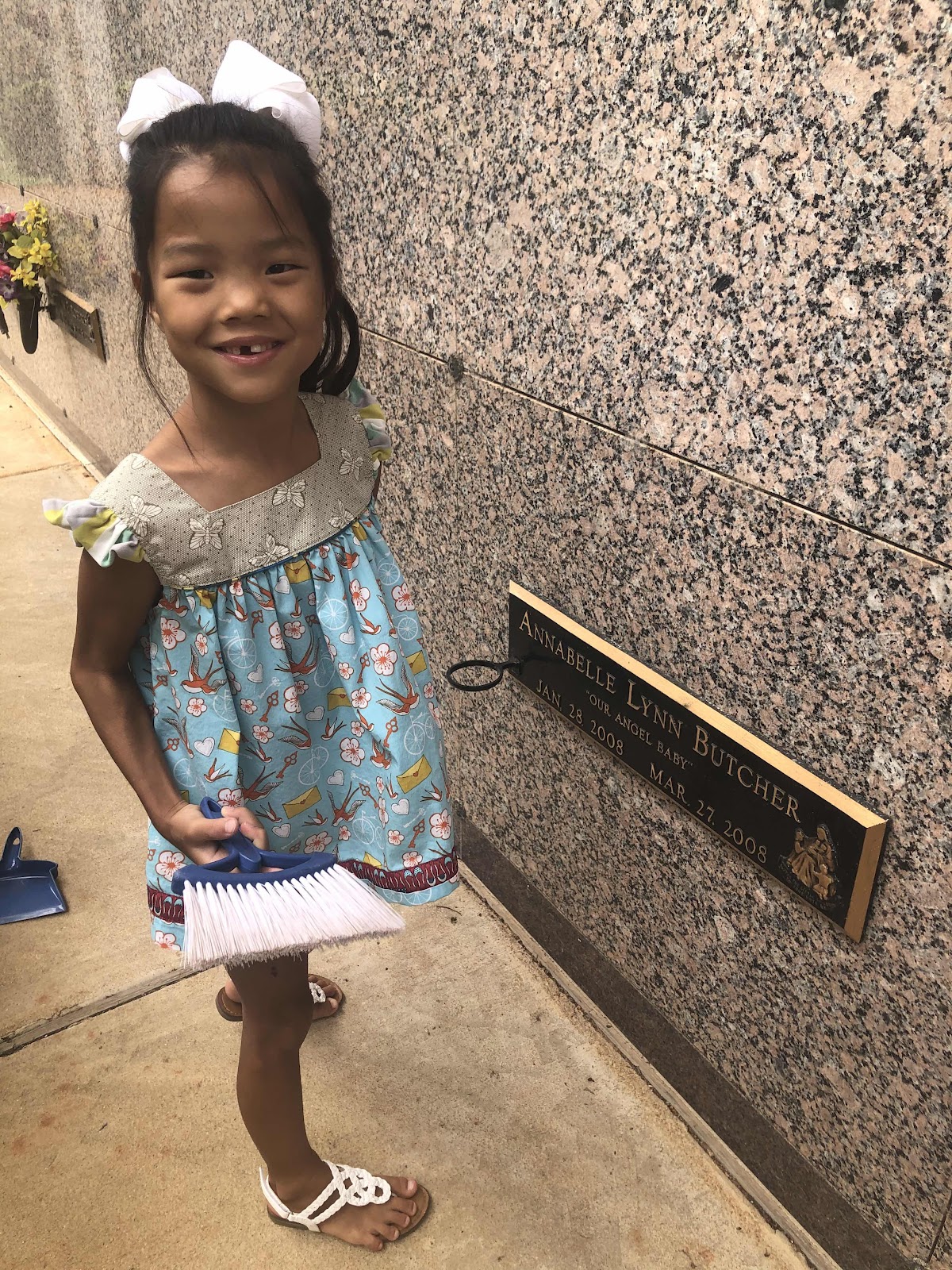 While I was having some girl time, the boys were with Grandaddy helping with a huge law enforcement event that my Daddy put together.  He leads a mens Bible study group of just law enforcement officers and they put on a luncheon.  Senator Tim Scott and our SC Governor Henry McMaster came to speak.  The boys said that Senator Scott took them to church and preached pointing everything to Christ.  Scott and I were so grateful they had this opportunity to meet and hear from them both.  Both are leading our state boldly in the face of such evil and we are thankful for them! 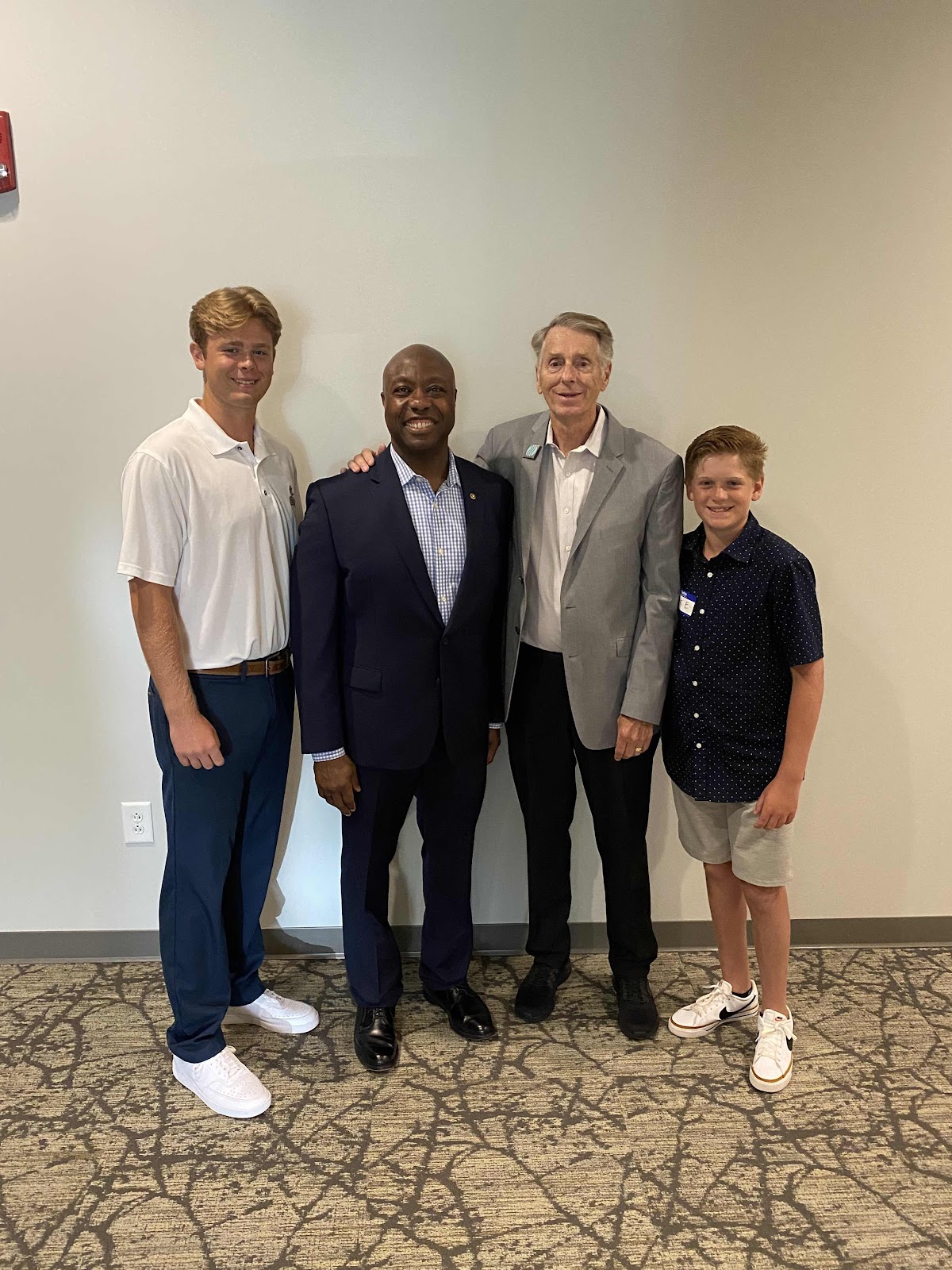 Selfishly, I'd love to see Senator Scott run for president one day.  He is the type of man we need leading our country.  I know the boys will treasure this! 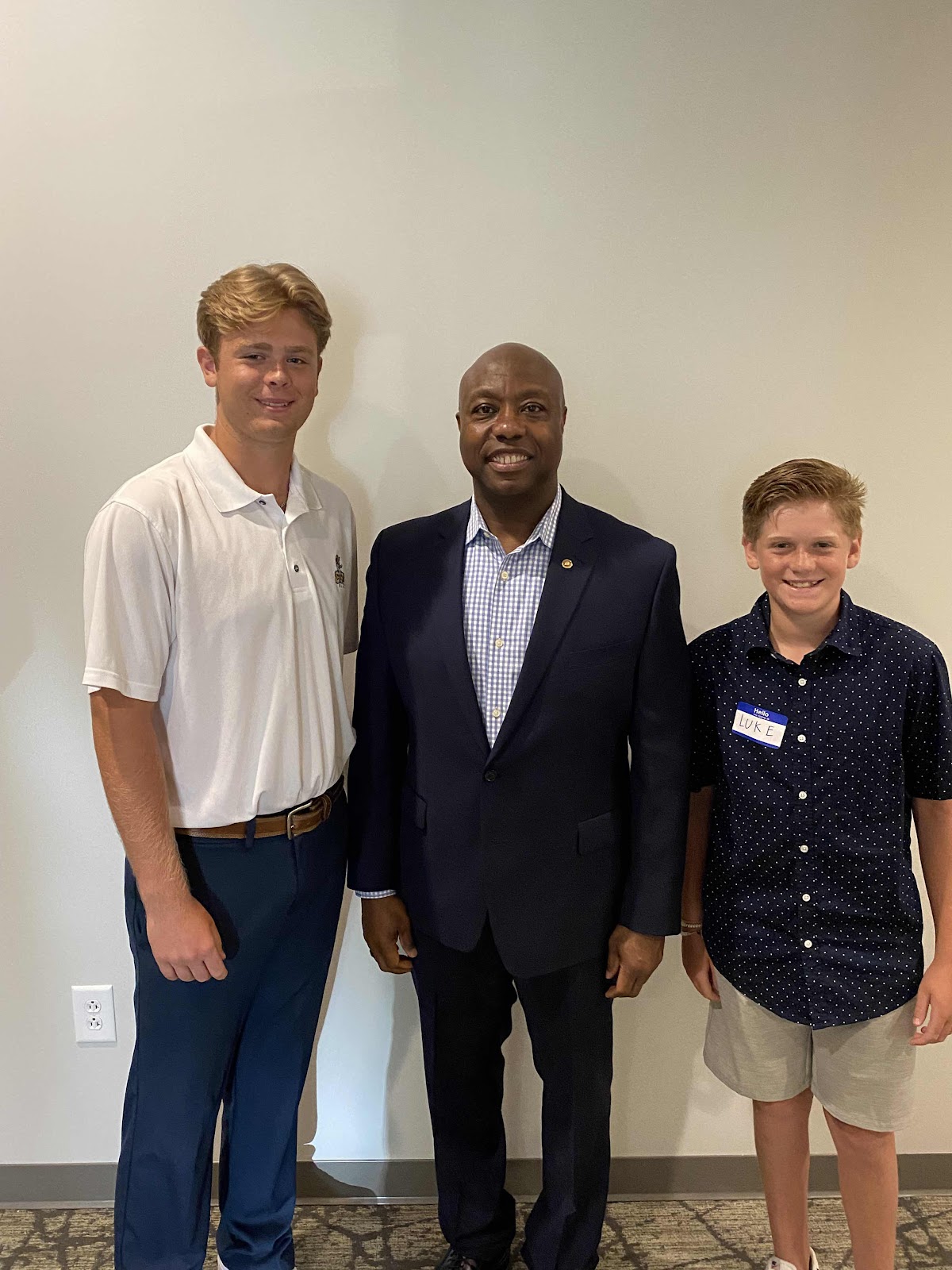 And Legion Ball is back at it!  Home for one day and off to the ball field again.  Which means that he misses dinners some nights and comes home very hungry! 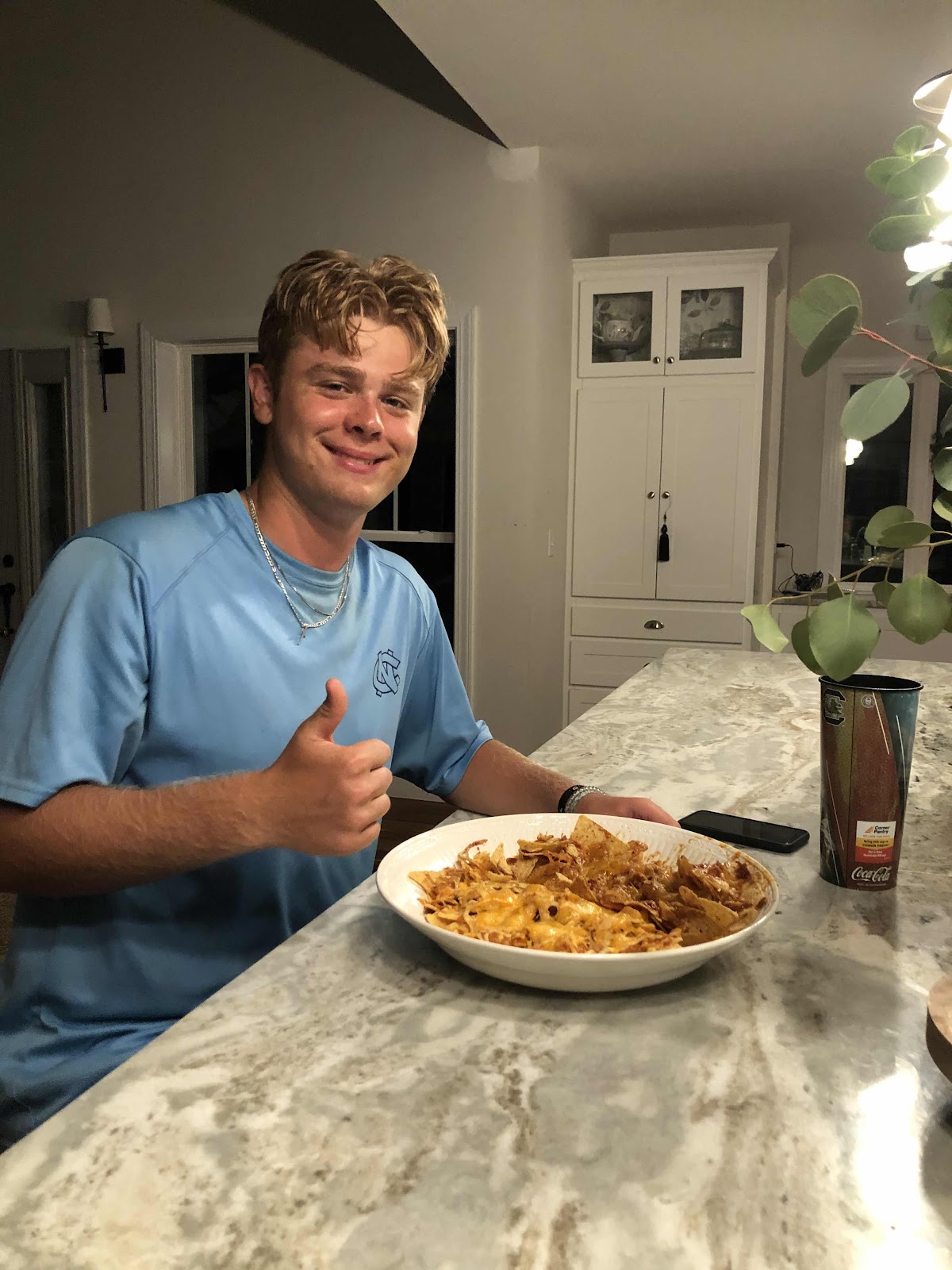 And I got my hair done! I took a photo because I can never get it to curl like this.  I think I'd need four more hands to try to even come close! 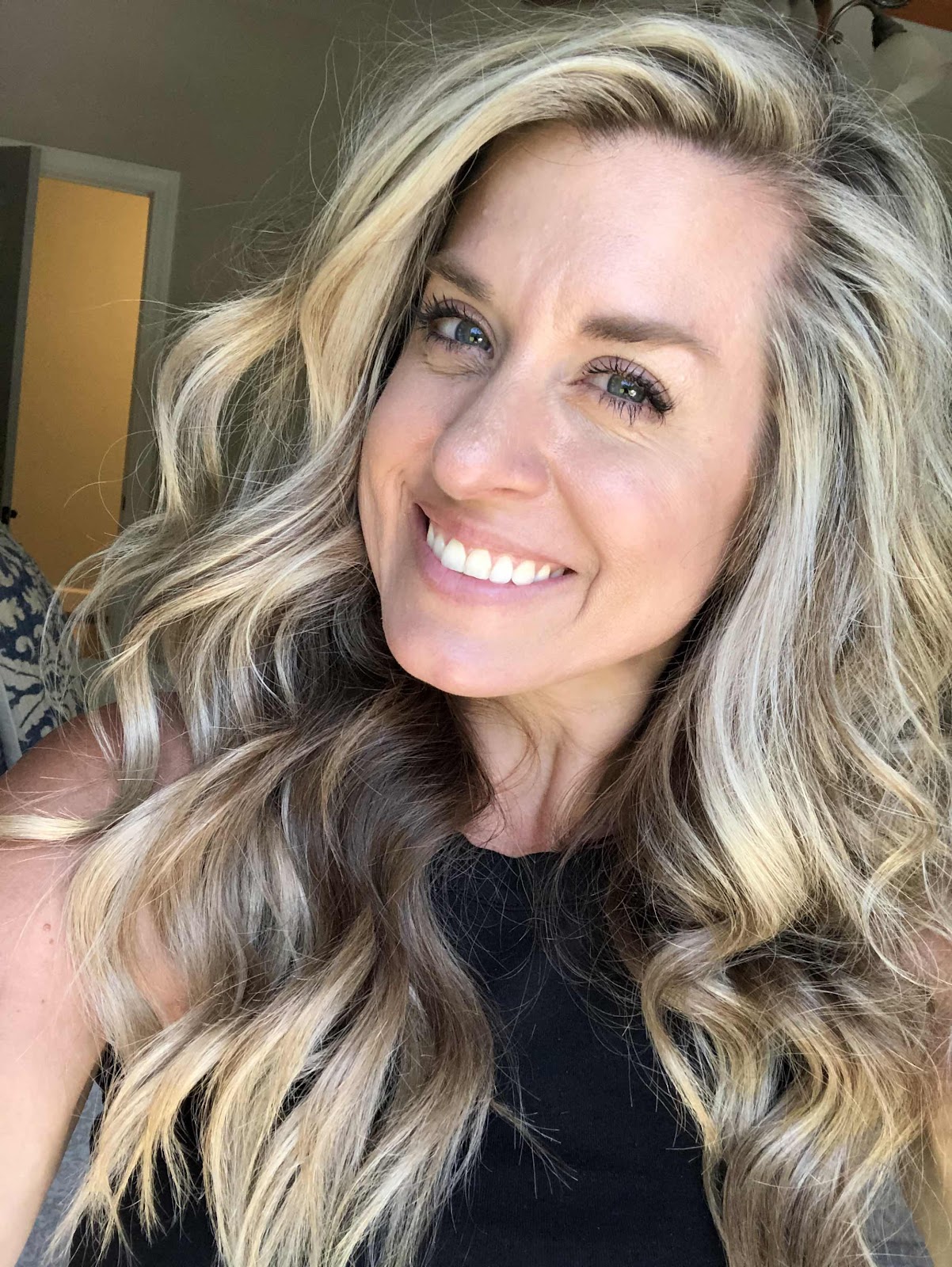