After a lovely week of summer, Bear and the girls twisted Scott's arm enough to talk him into yet more baby birds...he took them to Tractor Supply for what we were told {and hope to find true} are six baby barred rock females.  Time will tell if their gender test proves accurate.  We've learned in the past that it's not always completely dependable but pretty close.  So, if we get half of them, we'll be happy! 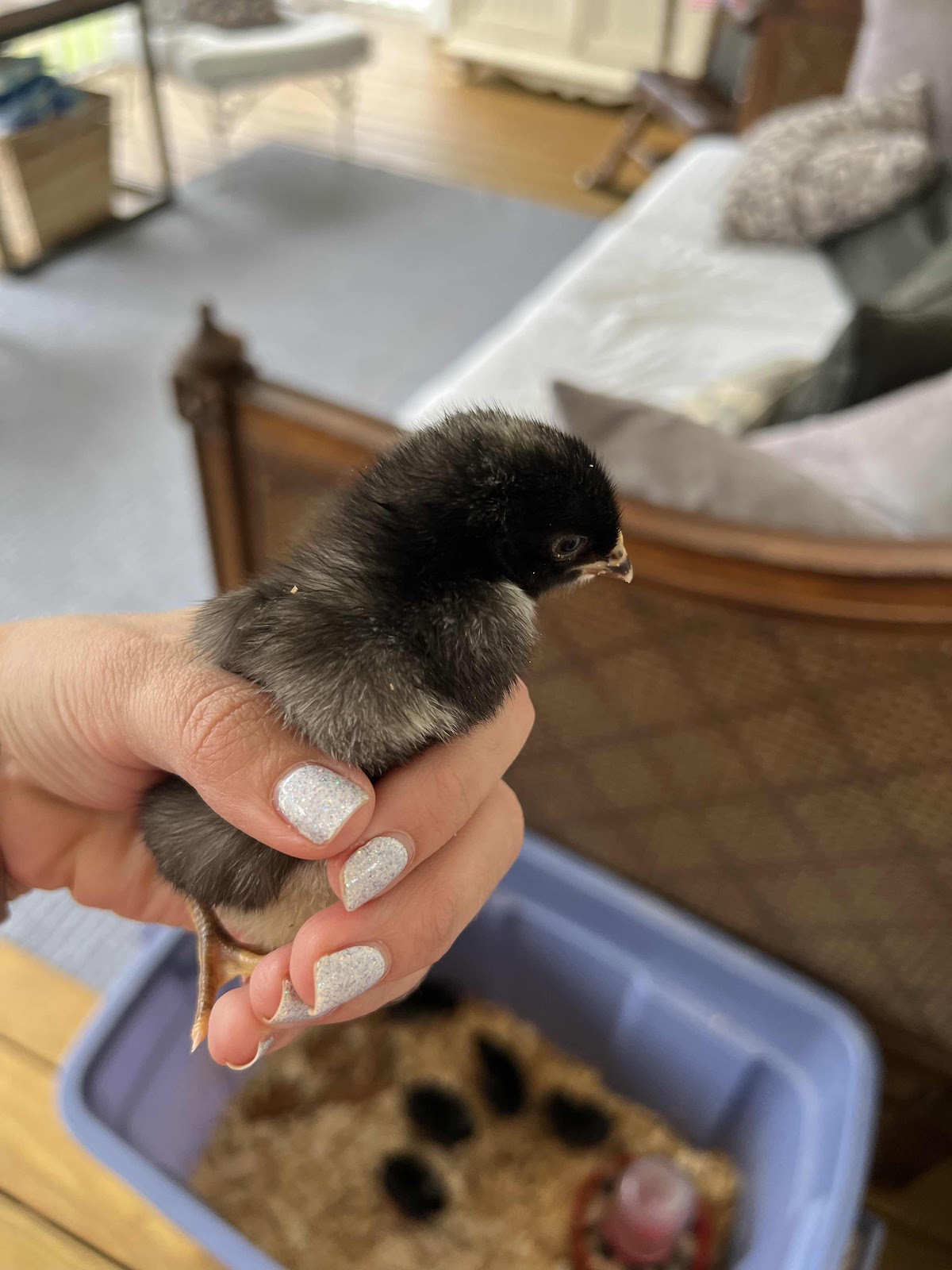 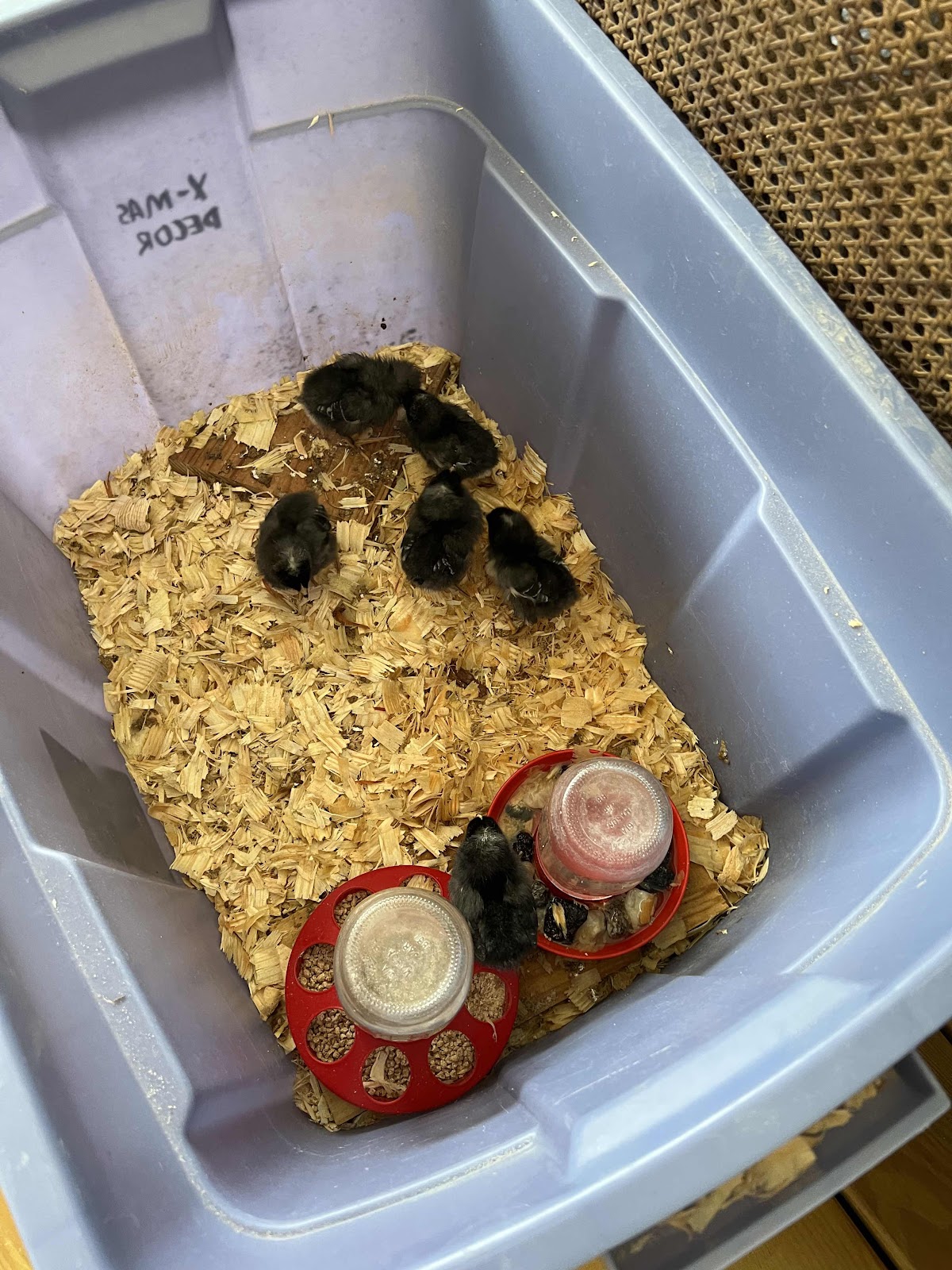 My beloved leaves me the sweetest notes with my already prepared tea kettle.  It's the little things... 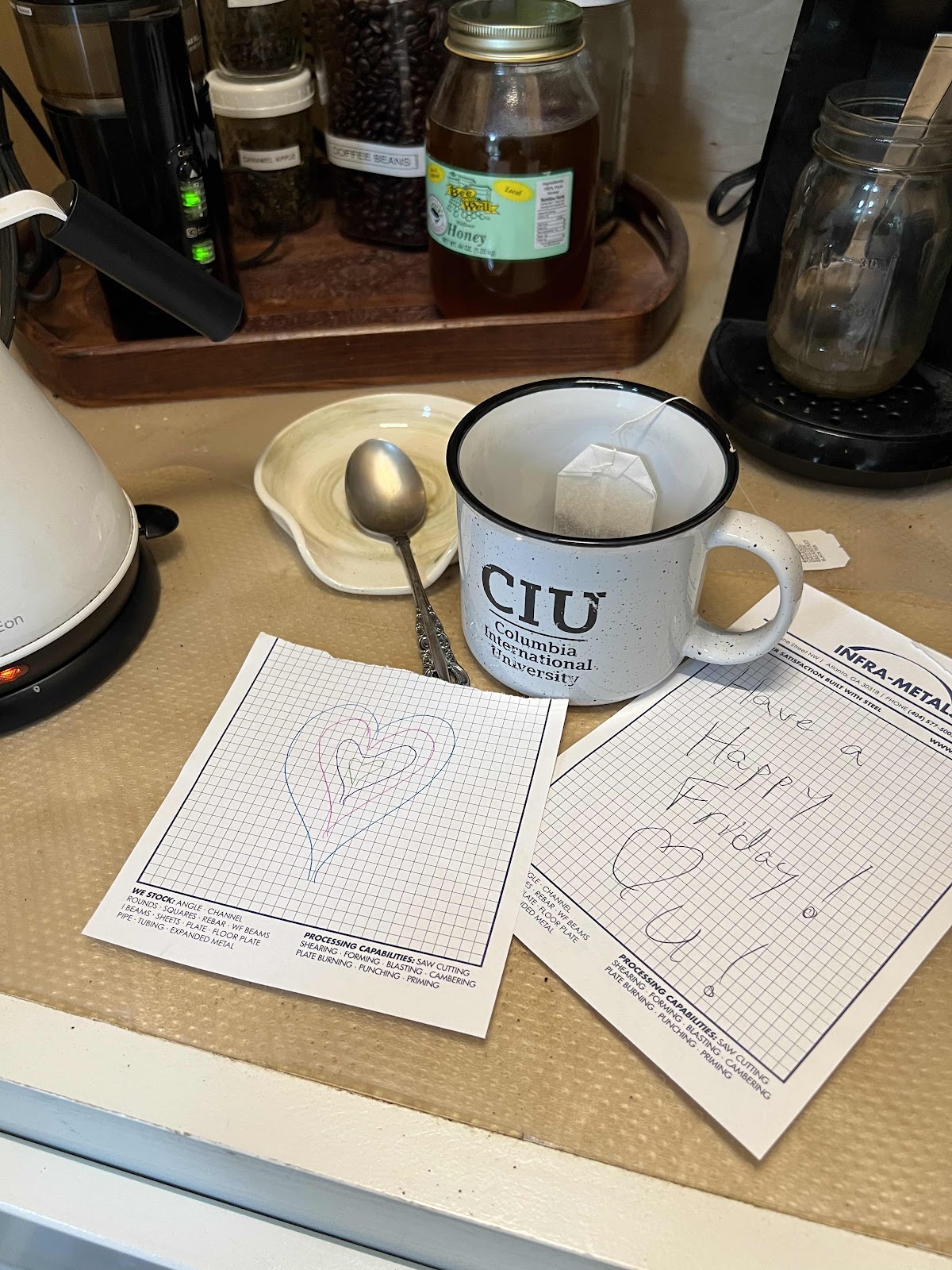 The big boys/men have been getting more weightlifting in.  I remember Bubba watching his Daddy workout many years ago and being starstruck that his daddy is so strong...now they compete for who can lift more. 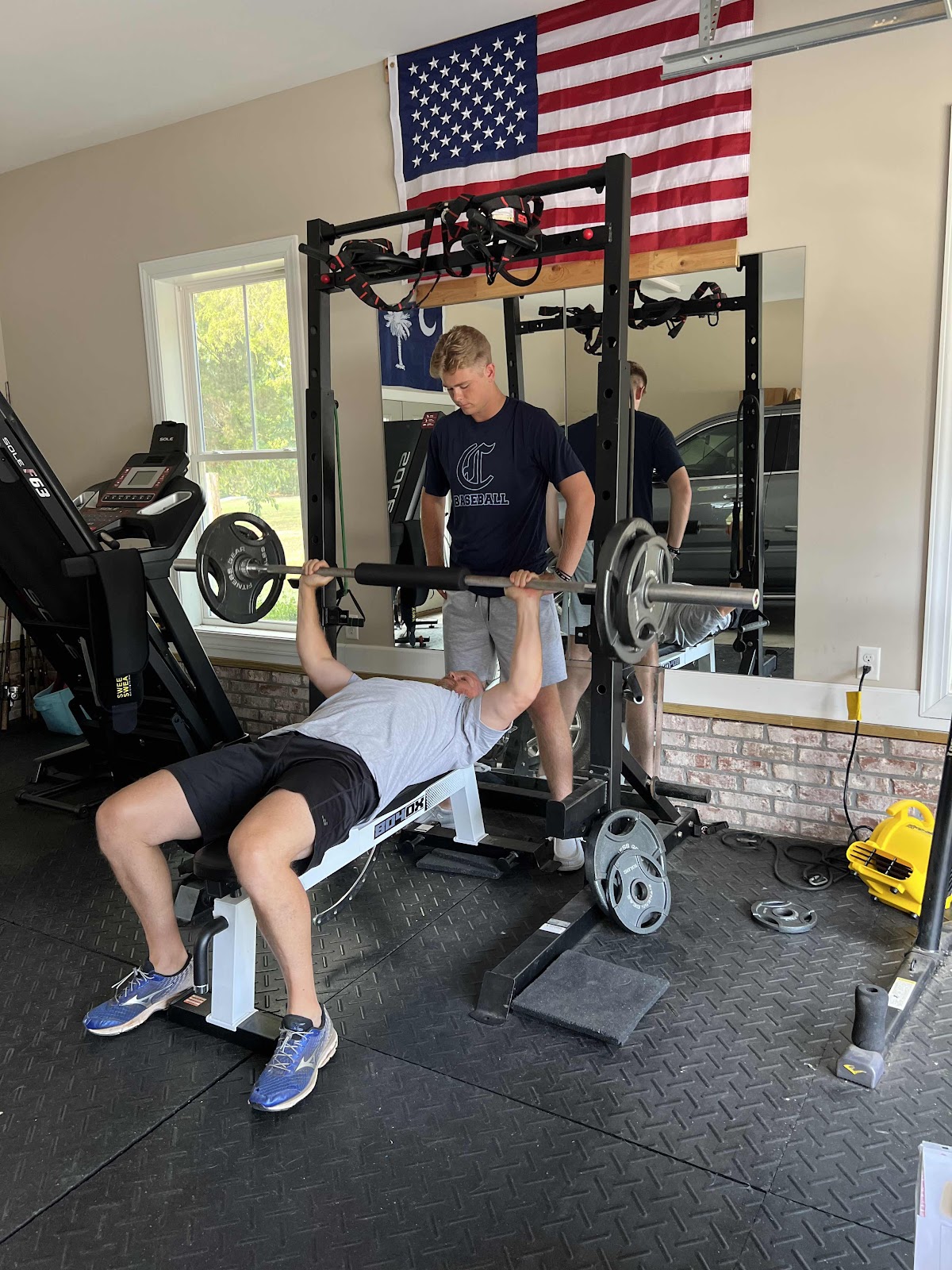 Our morning rhythm was successful every single day this week...and the kids begged and begged for me to read yet another chapter in our read aloud.  They were just creating and keeping their hands busy the entire time.  Bear, however, saw a wheat warning on the play-doh and promptly discarded his.  He has celiac so I'm super cautious with food and have been for many years...yet never thought to check this.  Guess we'll be learning to make our own! 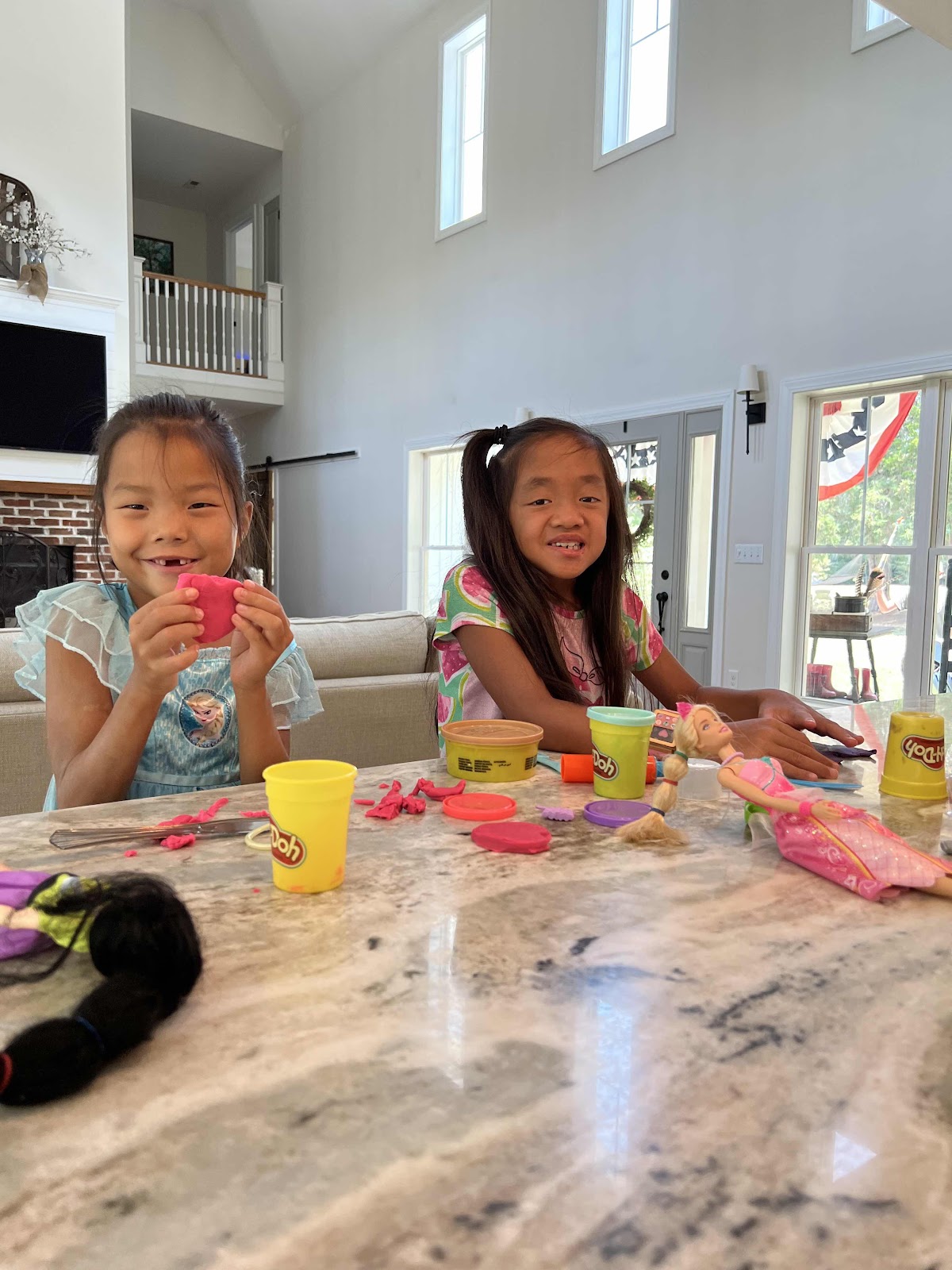 Bubba got his CIU Baseball sticker on his truck!  The countdown is on! 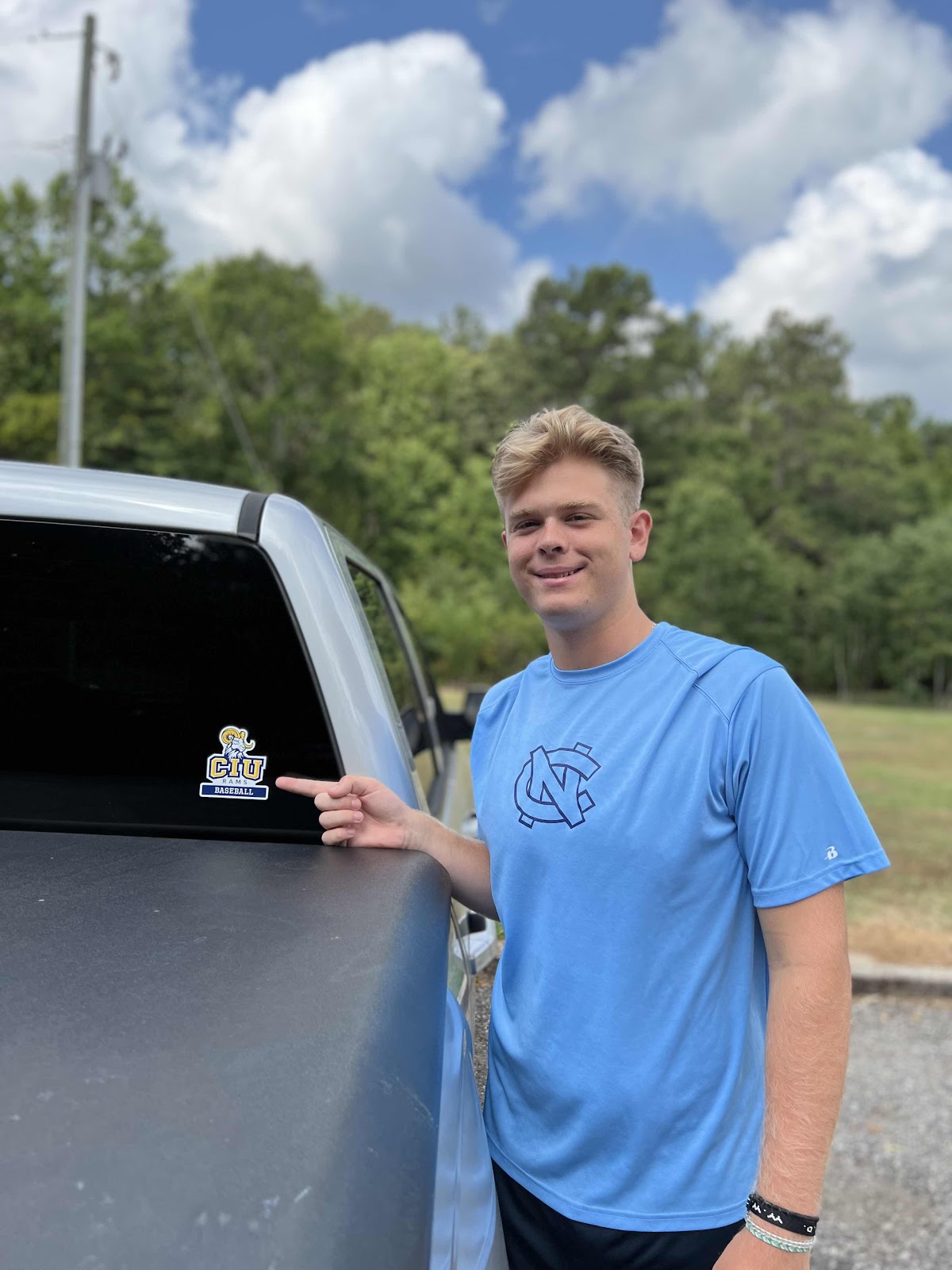 Another week, another well visit...this was Bear's turn.  He was a very patient patient.  ha! It took forever- which we knew probably would.  So, we took a deck of Uno cards and played many games. 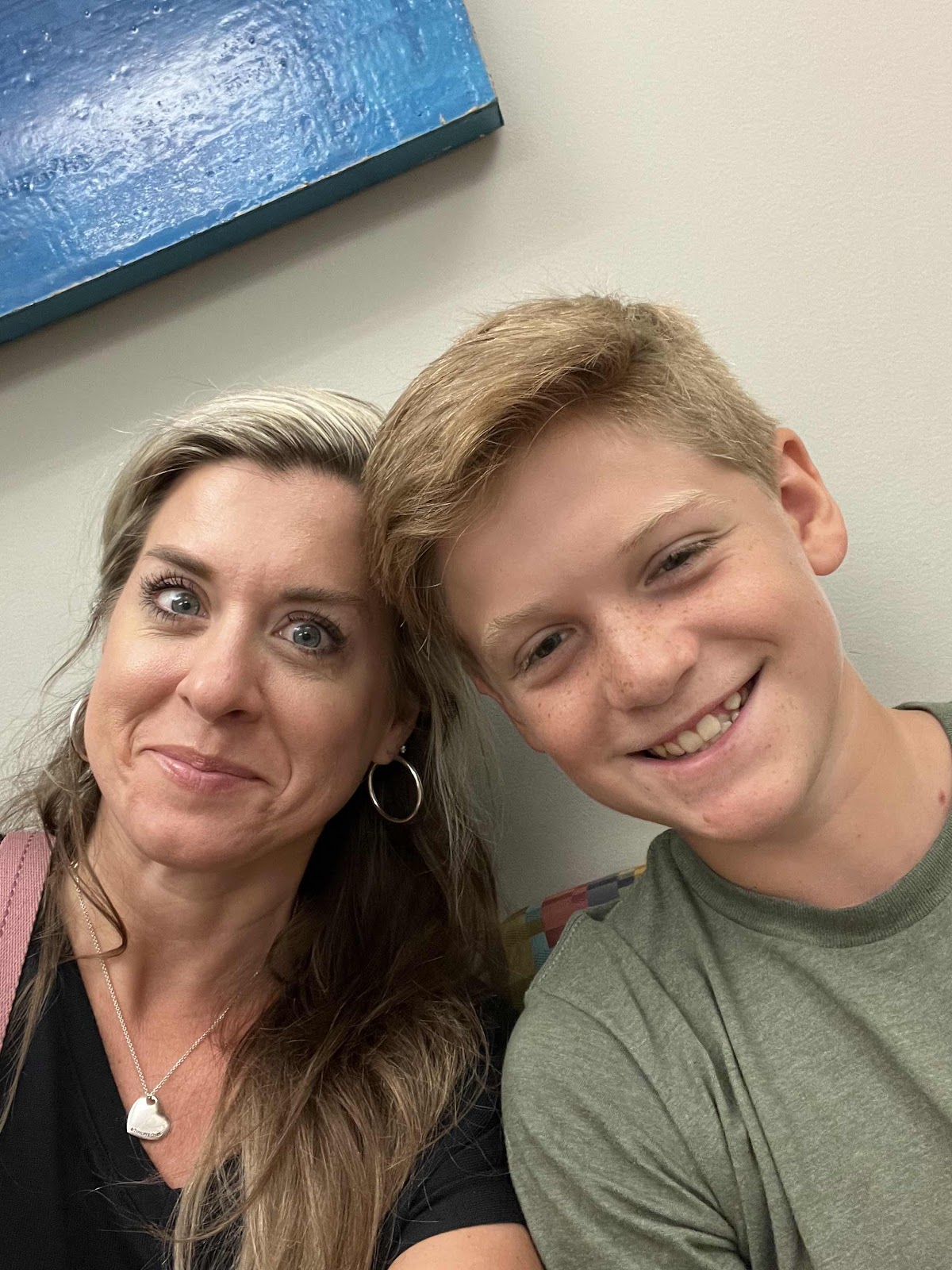 He has grown 3 inches in the past year, is 64 inches tall, 117 pounds, heart rate 87 and BP was 108/68.  He grew a ton in height but only gained 2 pounds all year.  Getting taller and leaner just like his brother did around this age.  Still so much a boy and so fun and playful and innocent...but trending more and more towards becoming a young man.  It's a privilege to guide him as he navigates this stage. 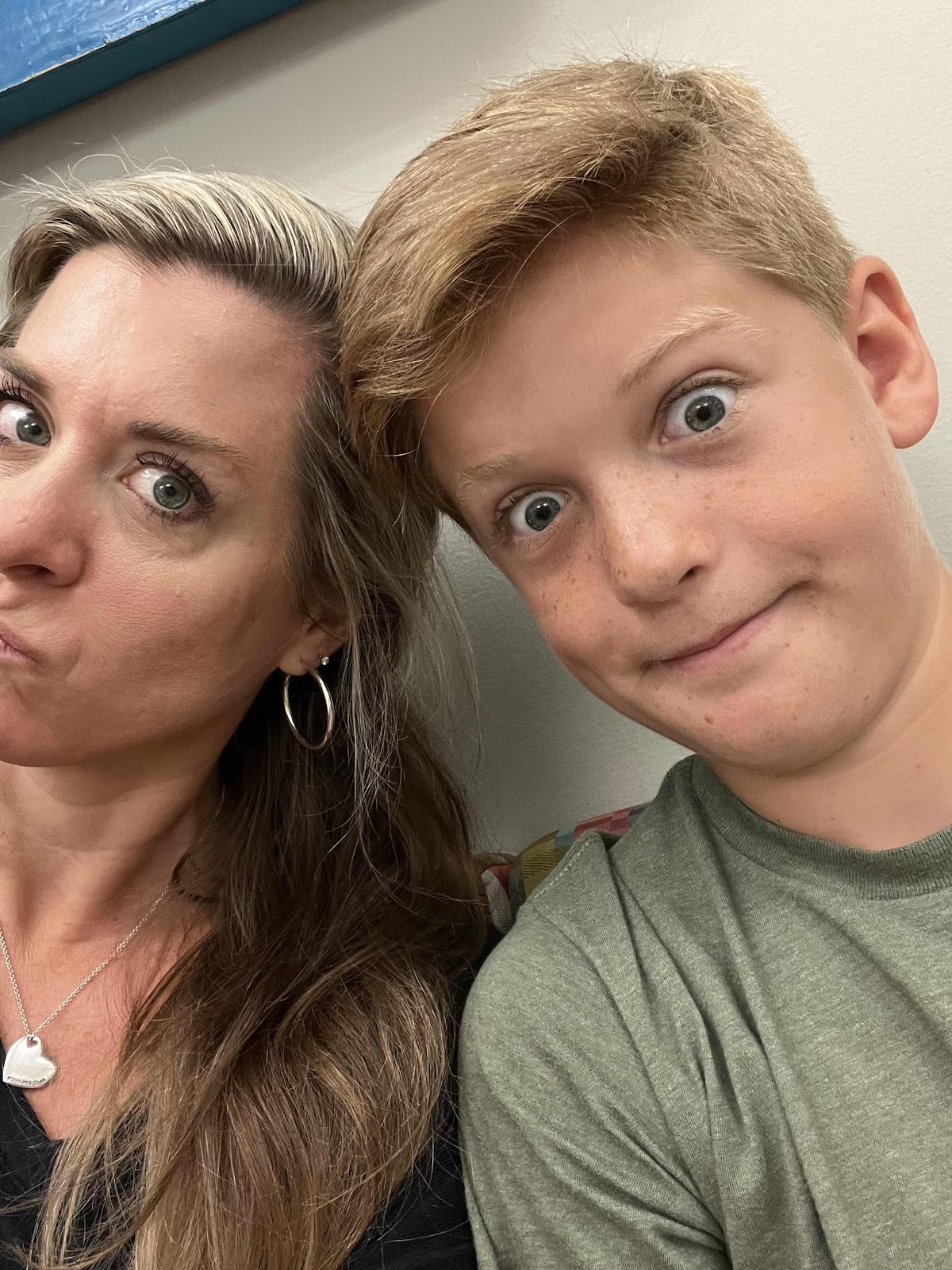 And THIS would be why the younger 3 got so determined to get some bird babies of their own.  Our neighbor's cow had a baby herself!  Bubbles the cow gave birth to the sweetest little calf.  We were lucky enough to drive down the dirt road at exactly the moment she was laboring and it's little hooves were coming out.  We watched for a bit and then had to head to Bubba's ballgame downtown.  It was so fun to see the baby when we came home. 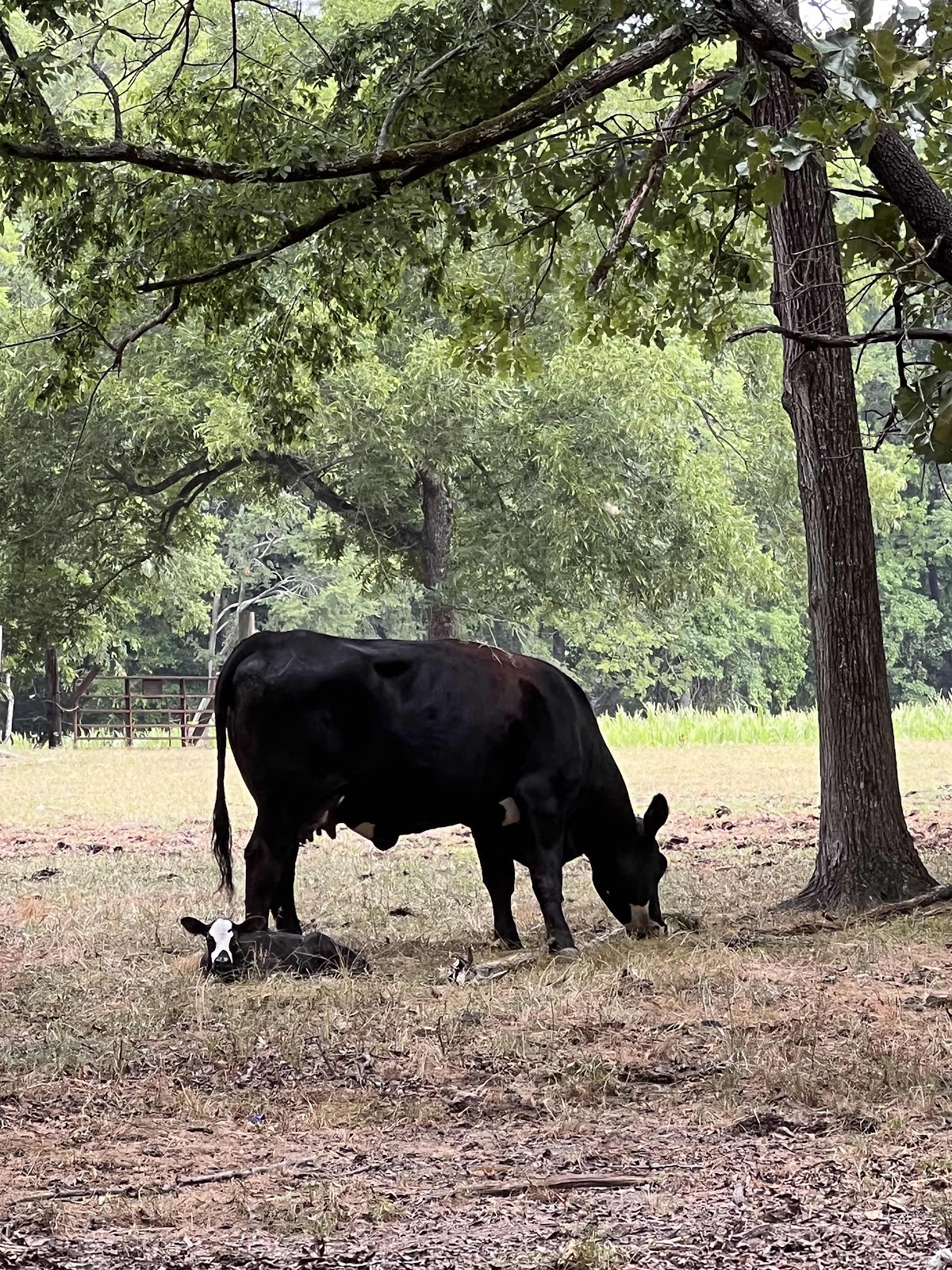 On the way to the ballgame God gave us a rainbow...or "war-bow"...as we had just learned about in our morning devotion time.  God is the greatest teacher! 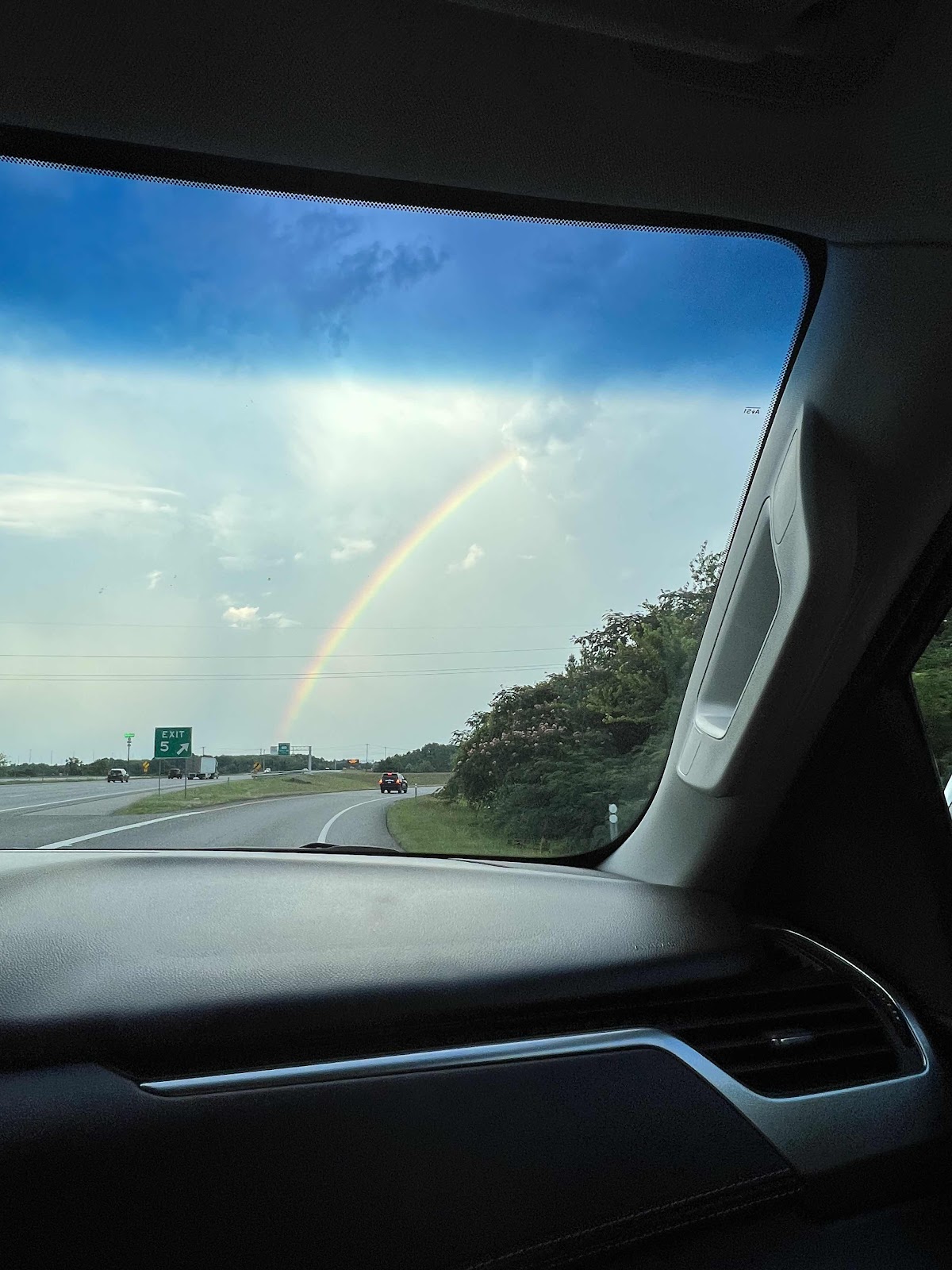 If she needs a minute, she usually takes it here.  Alone with the piano and whatever lyrics come to her mind.  I adore watching her when she doesn't know I am. 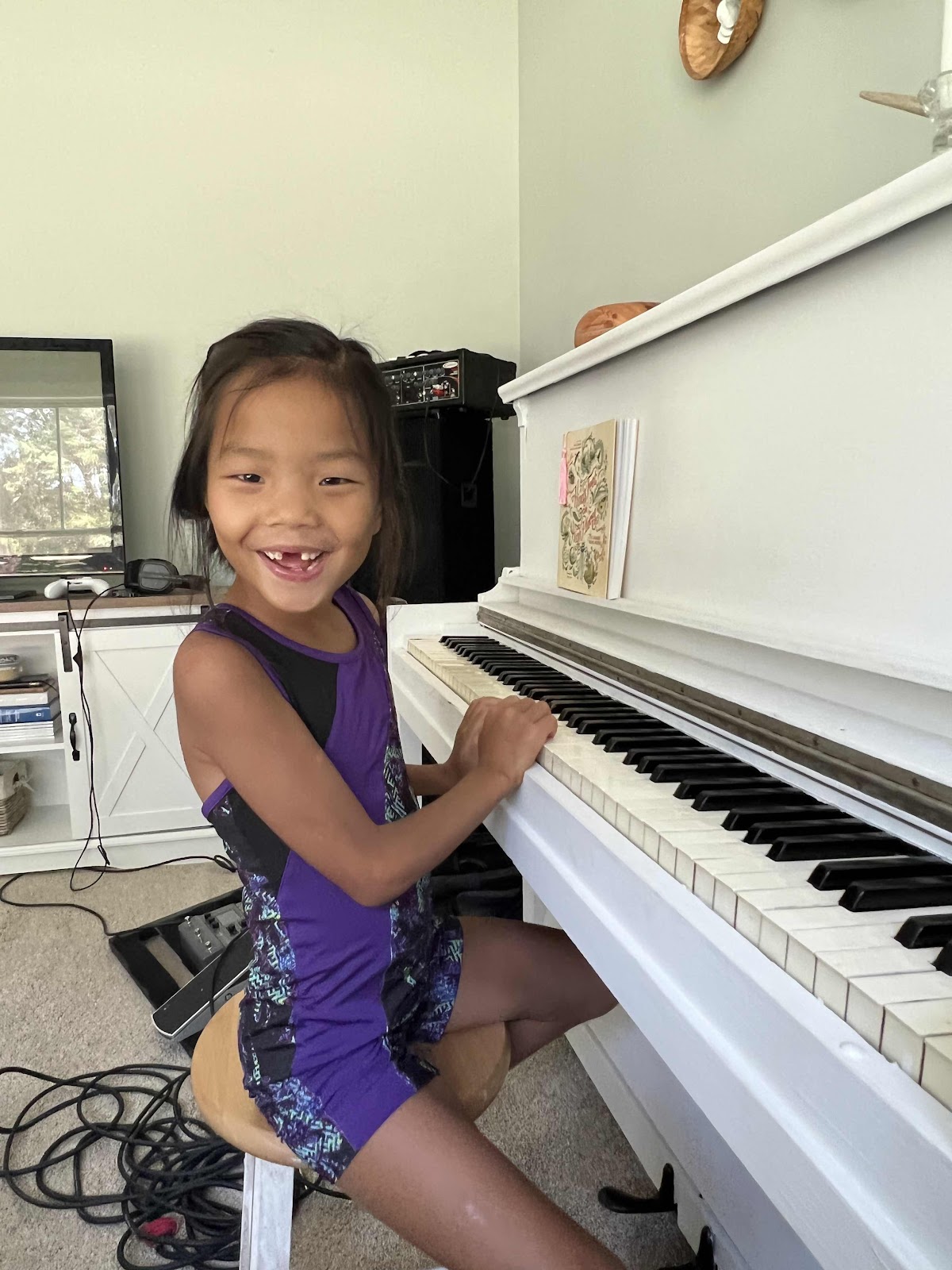 Bear is gearing up for his first round of tackle football and working on pass patterns with Dad in the front field.  Boss joined him and played a little defense too!

Panda girl is the best puppy playmate!  He loves when she does this. 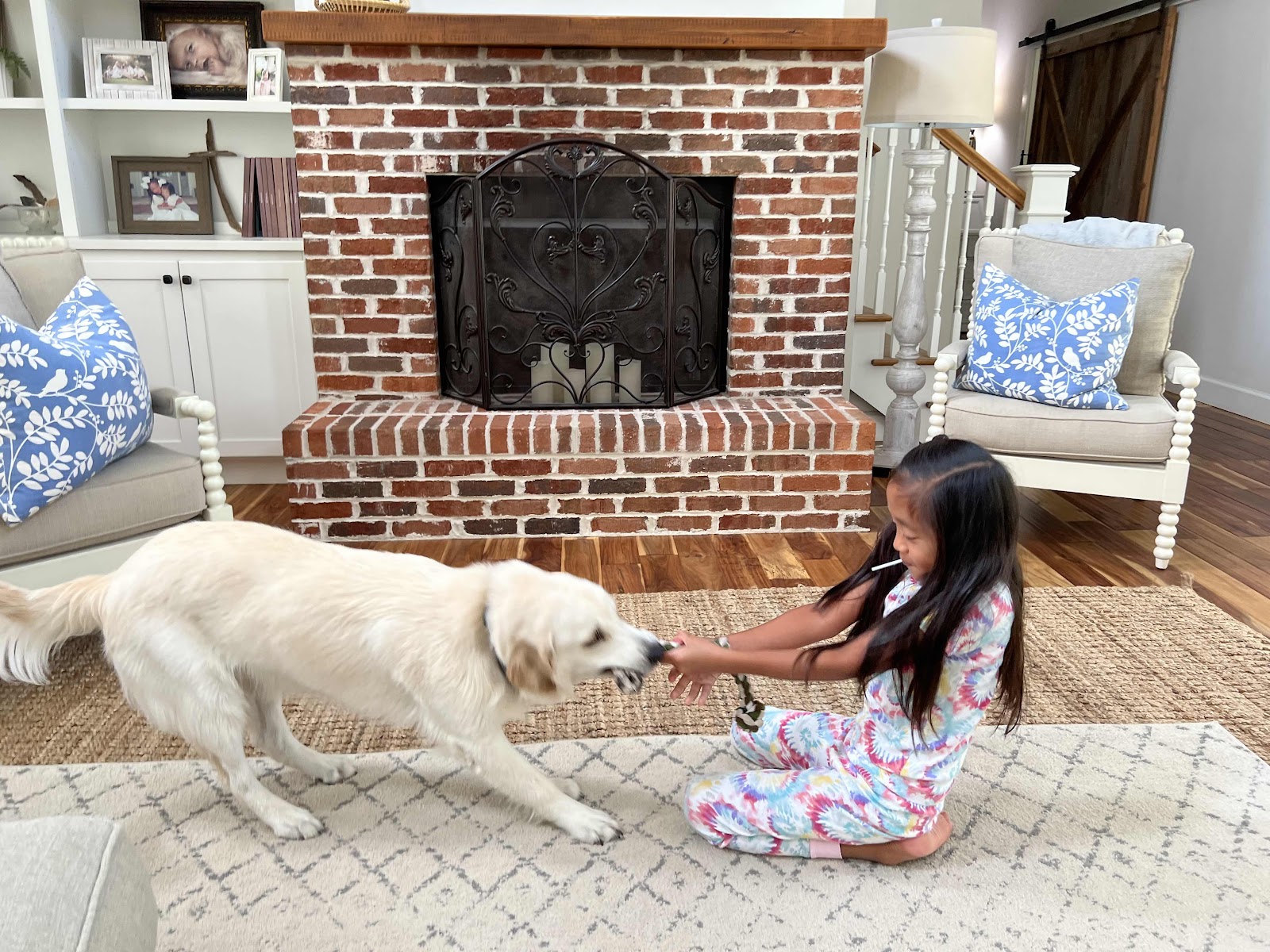 And this little fierce sunshine pulled her own front tooth.  She came running over with it in hand and blood trickling down her chin.  The dentist mentioned just a week or so ago that it was wiggly and ready and she made it happen. 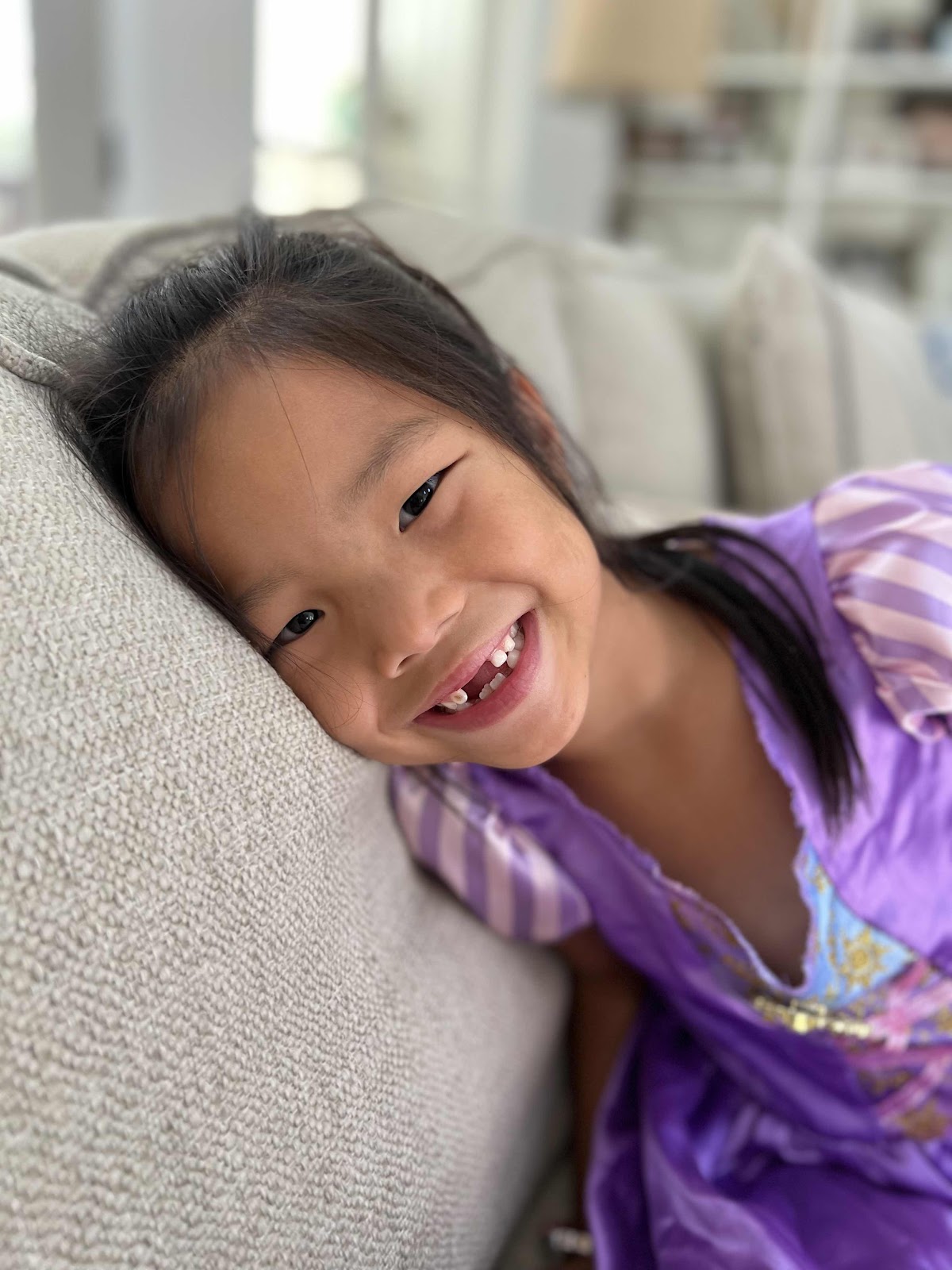 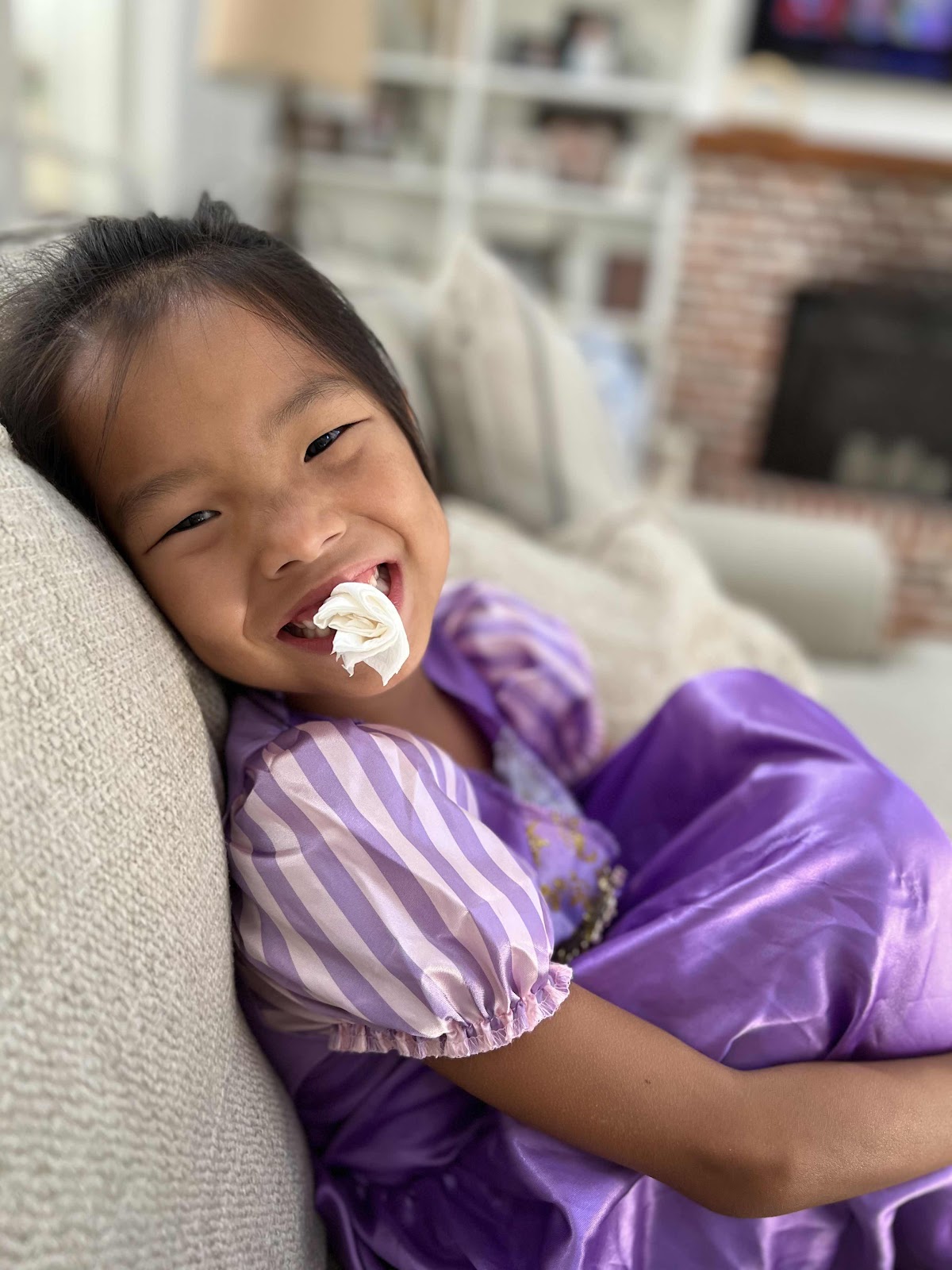 And, last but not least, our week began with the most lovely Father's Day spent at the ballpark and Bubba on the mound.  They took the win and he had 5 strikeouts in 3 innings.  So much fun! 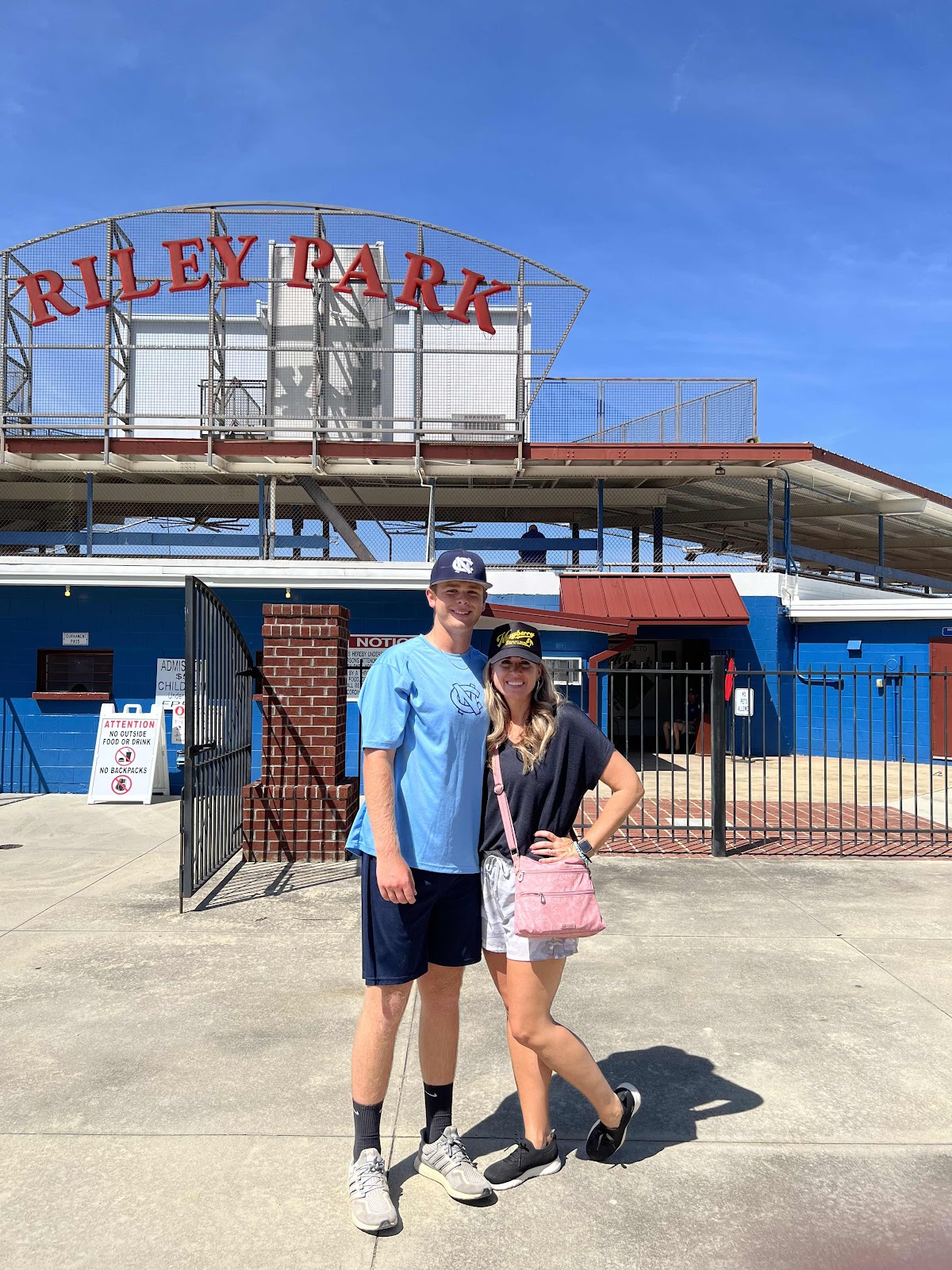 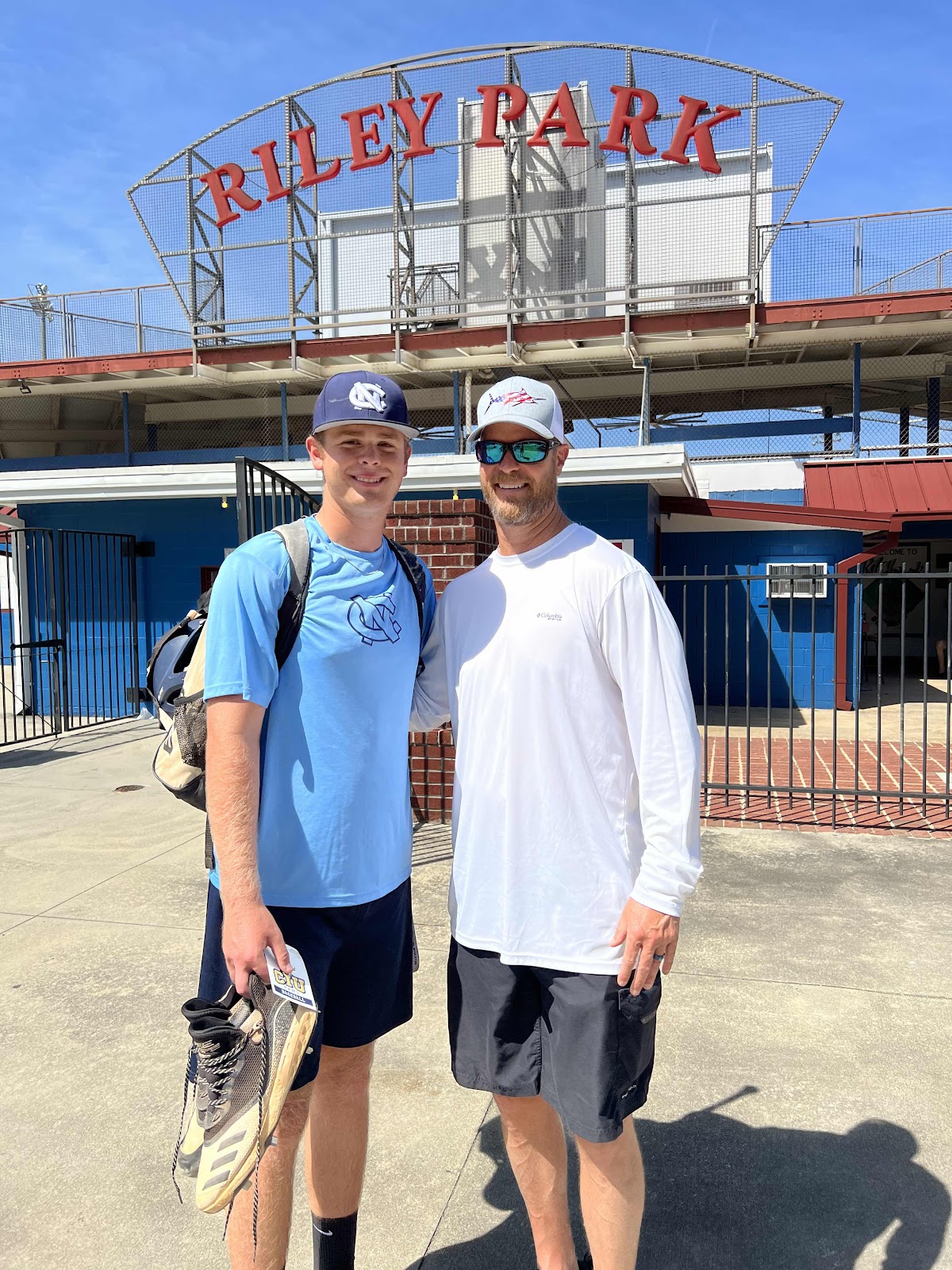 His biggest cheerleaders/fans waiting for him... 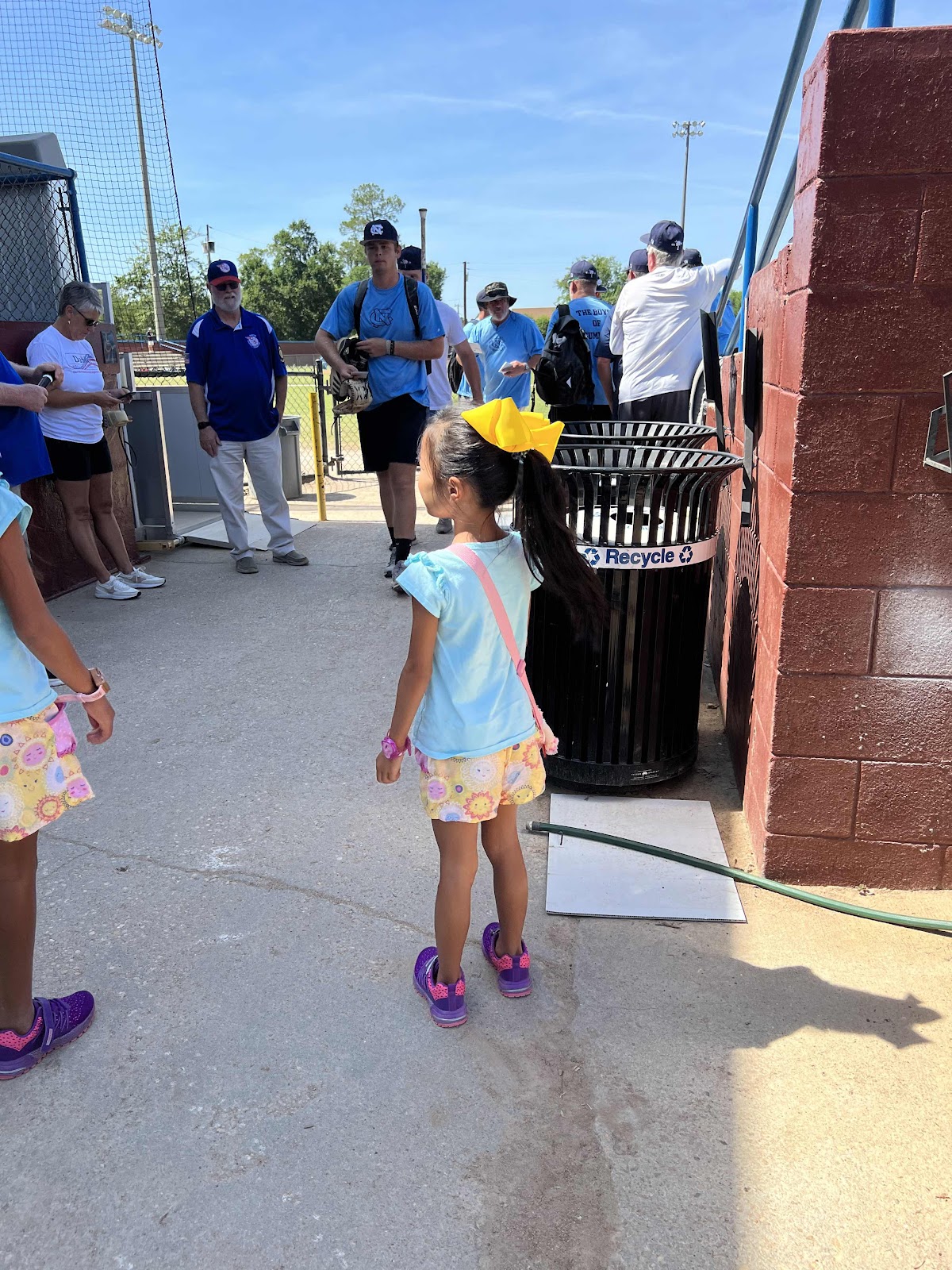 Legion baseball has been so good to him these past two years.  We are so grateful for this opportunity. 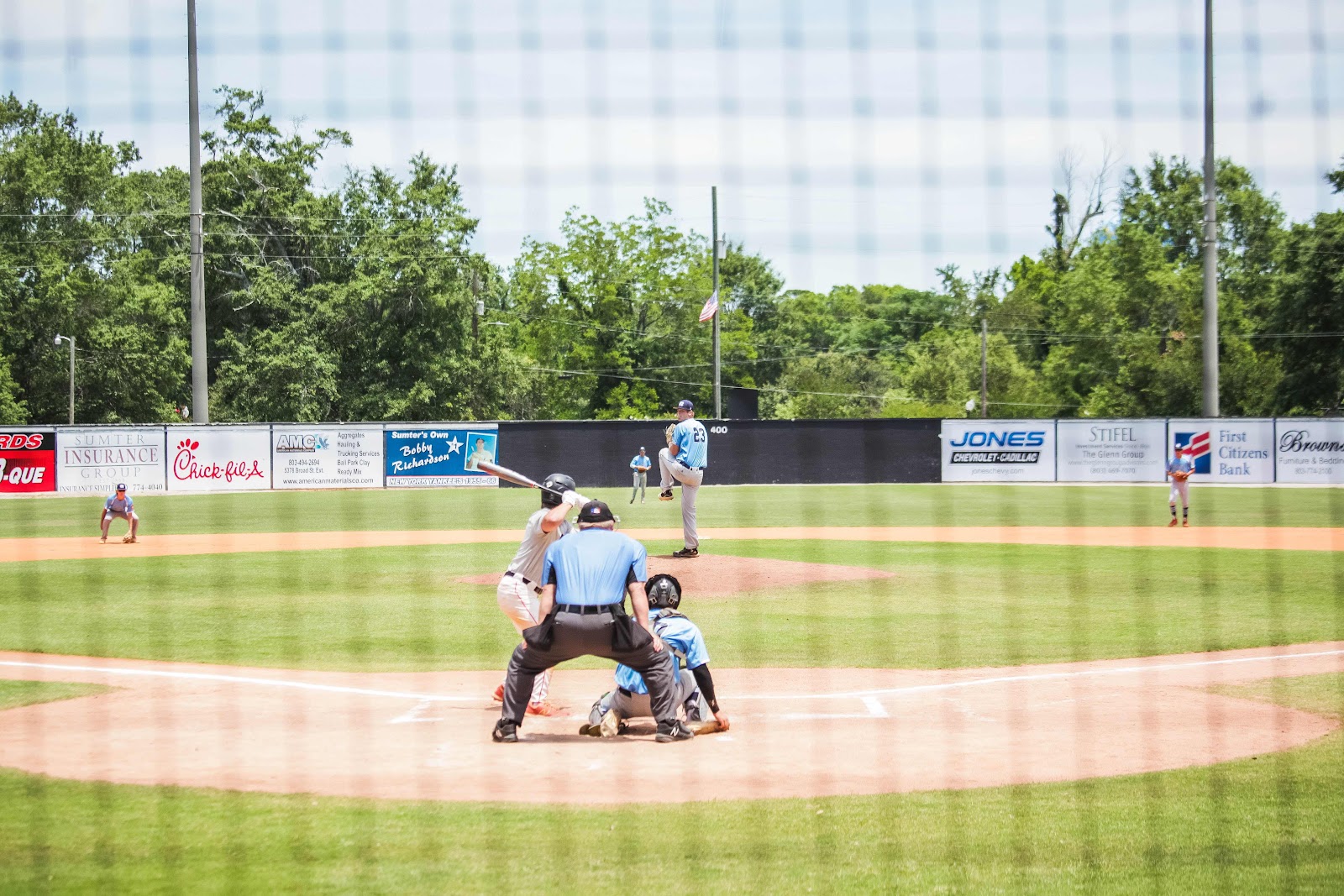 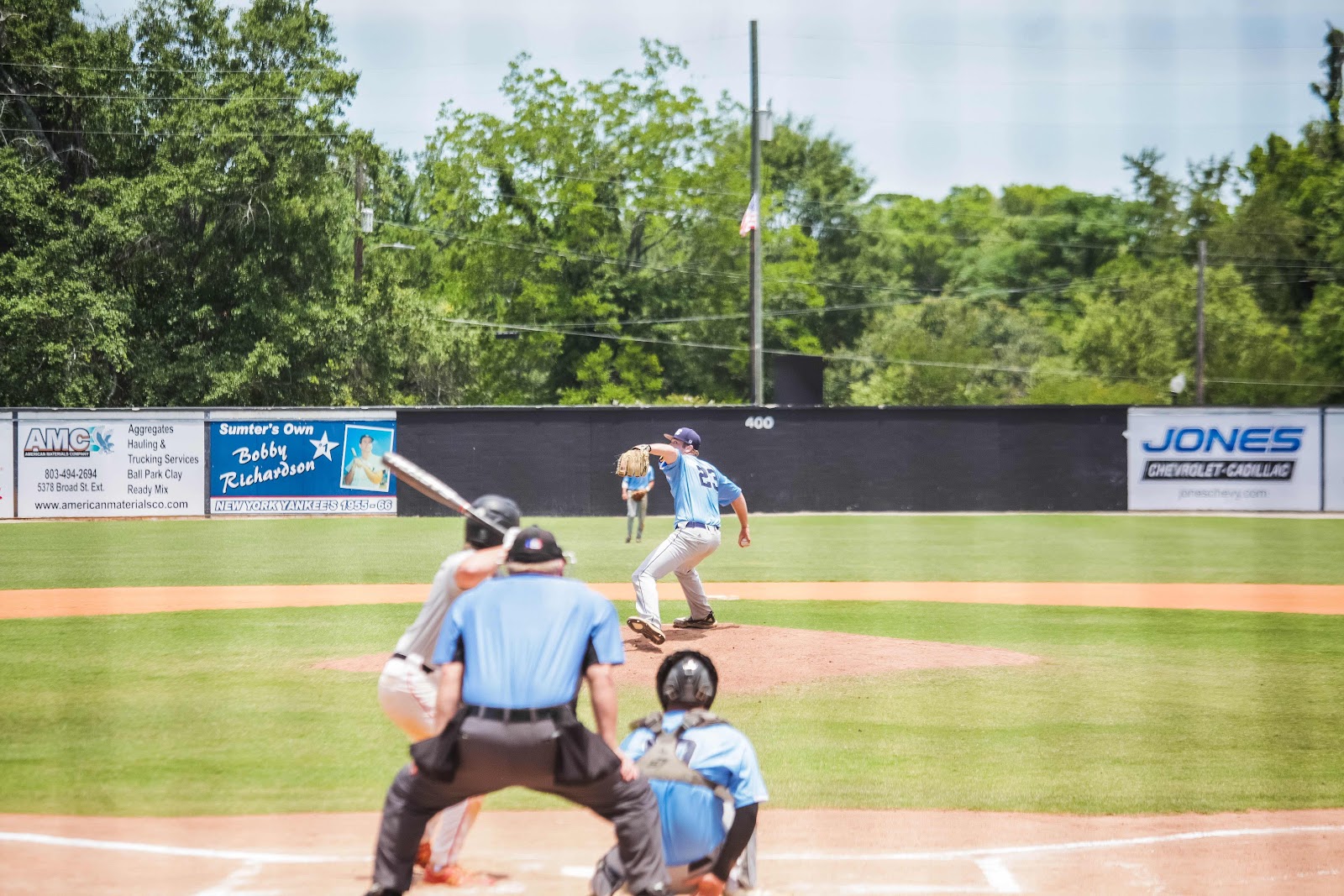 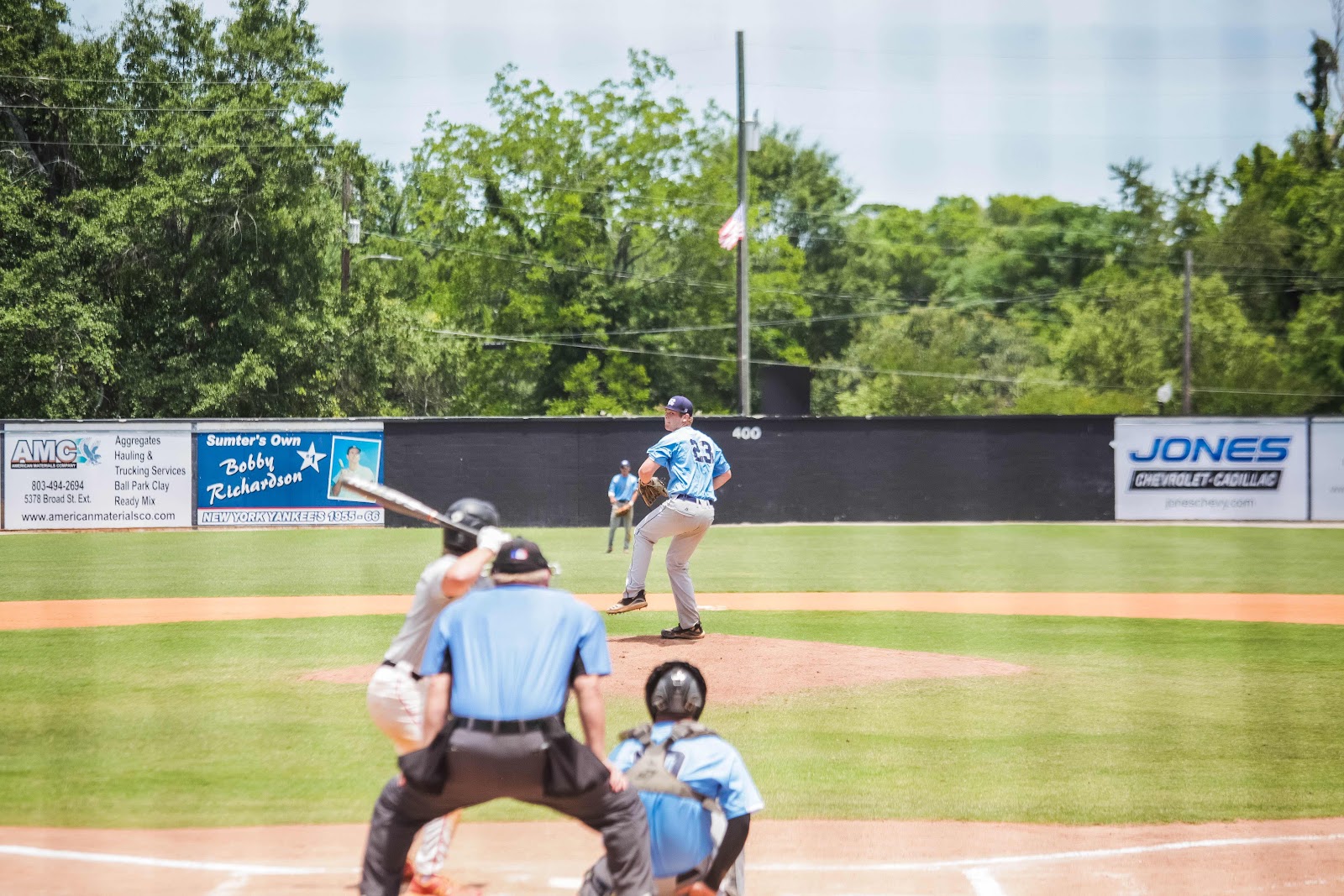 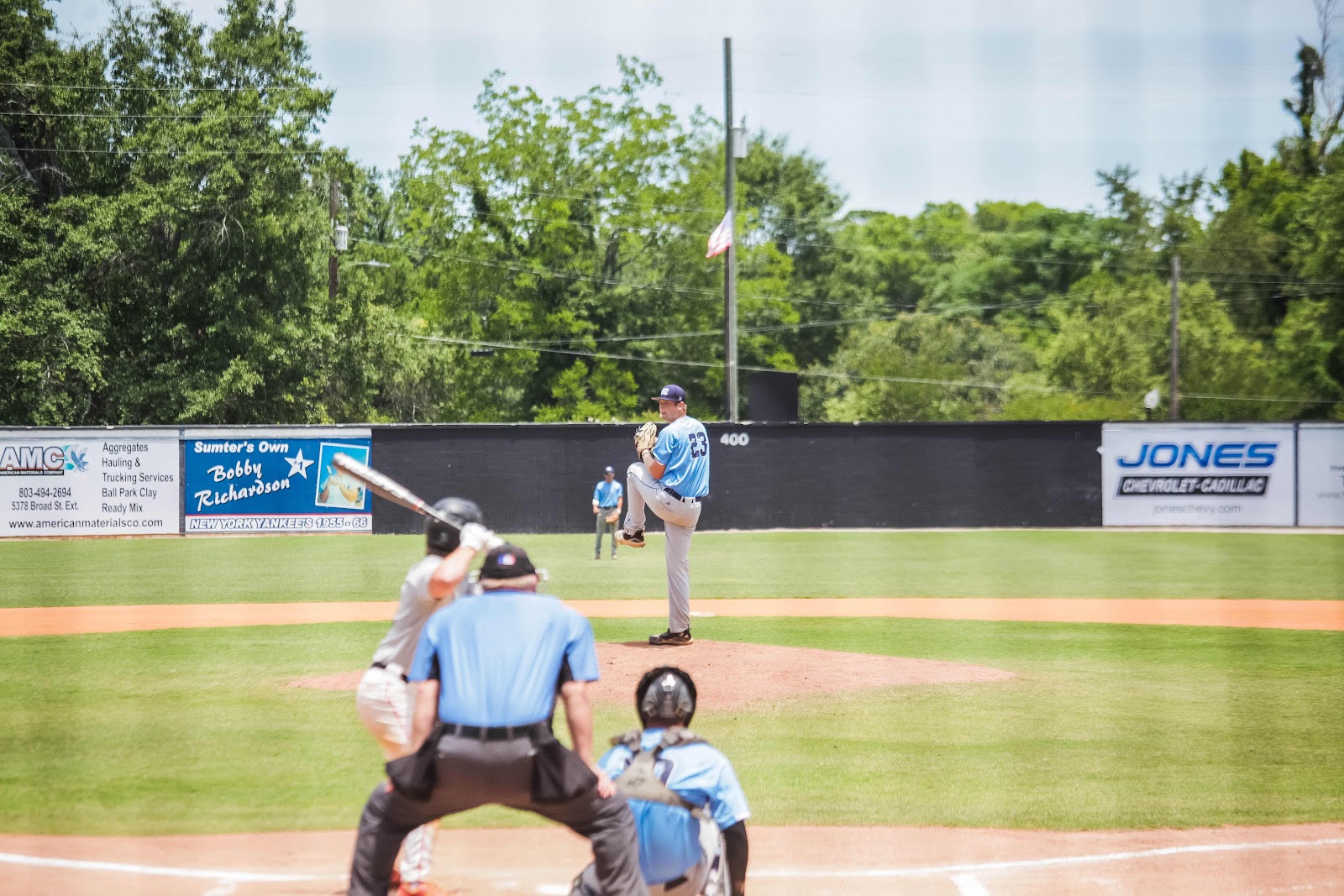