Such a lovely low-key weekend spending time with the people we adore!
Scott was up early Thanksgiving morning to get the turkey on the smoker to take to my sister's house as she, Uncle Jon, JJ and Jayne graciously hosted our side of the family this year.  We ate and played and hung out and finally made it home just in time to sit down for about a minute before heading to Scott's sister's home where she graciously hosted the other side of the family.  We didn't eat there as our tummies were already quite full but we did get the added bonus of spending time with Scott's grandmother who is nearly 96 years old.  It was such a sweet visit and time together. 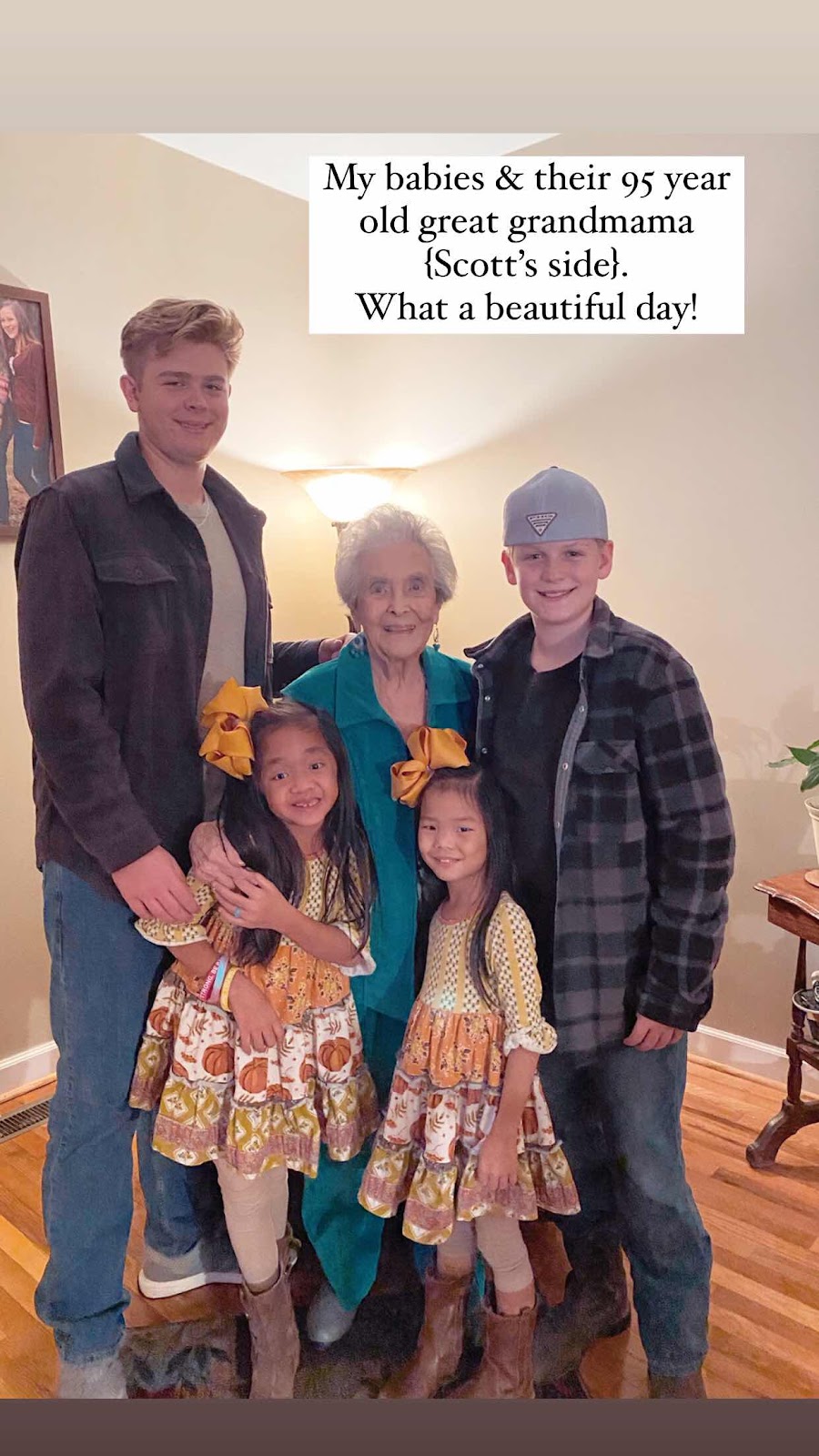 Some of the great grands were not there but this was a good bit! 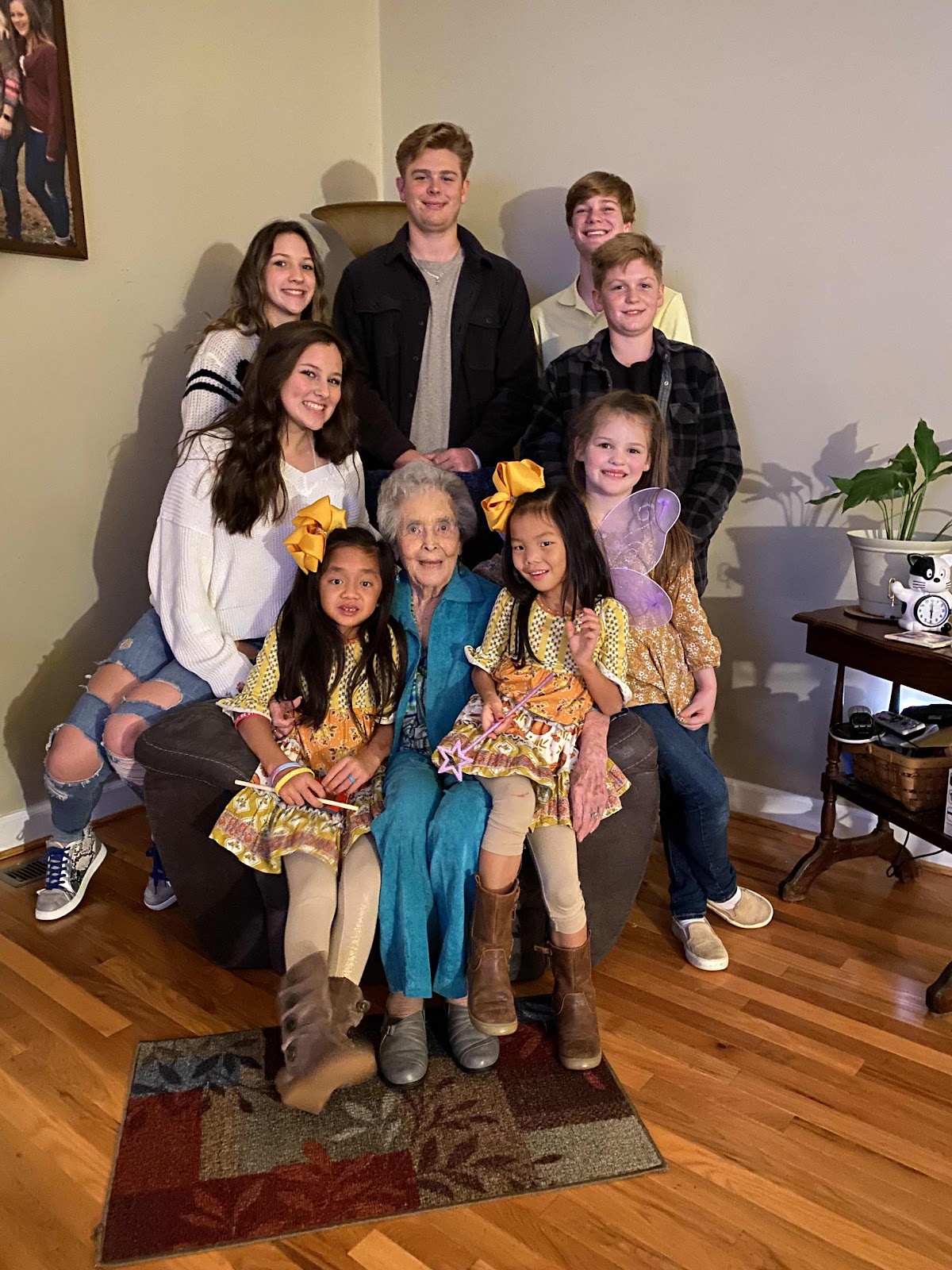 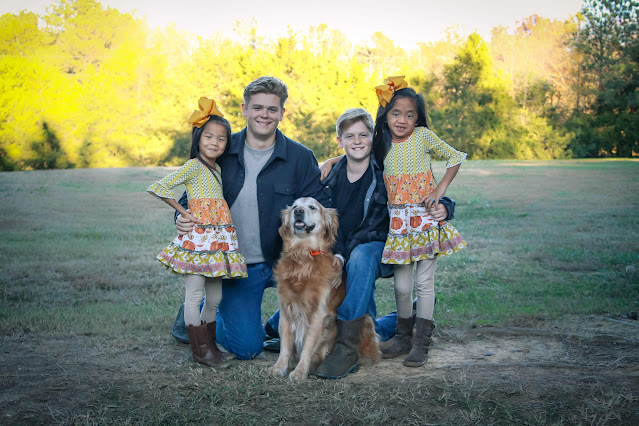 Just moments after sitting down for a moment between families, I looked out the front windows and saw the most glorious golden light so I quickly gathered the kids for a quick photo!  They were all great sports about it although I'm sure they would have appreciated a bit of a break.

Scott, however, had already dozed off so we left him snoozing while I ran out the door to snap a picture.  Bless him for serving us so faithfully!  He was up so early and works so hard.  Construction workers have long long long hours and he is also driving nonstop so his naps are well earned! 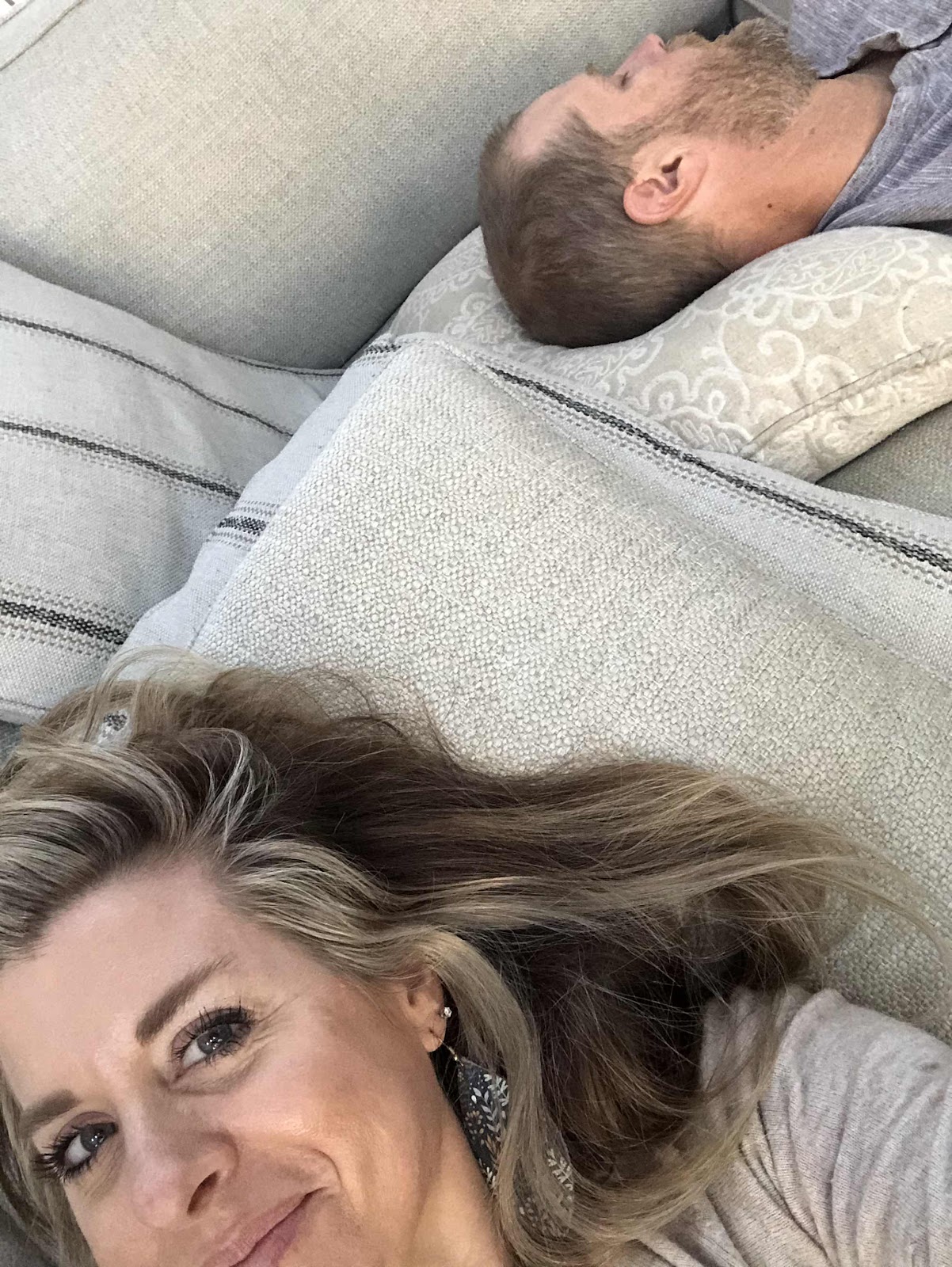 These two snuggled up for a moment too!  They are both by far my biggest cuddle babies! 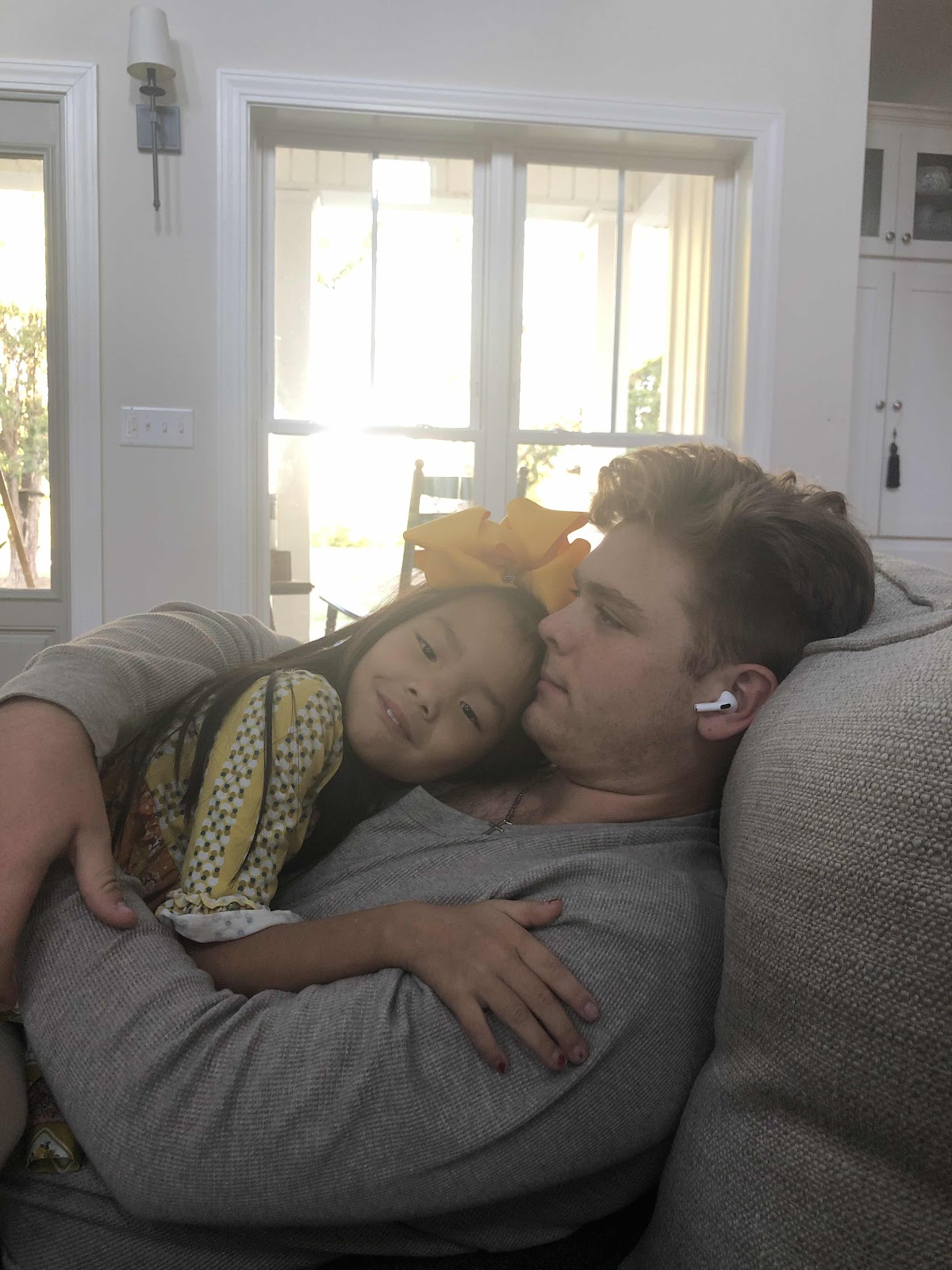 I think he falls further in love with his smoker grill each and every time he uses it!  Best Father's Day gift that benefits us all! He researched the perfect smoked turkey recipe and it did not disappoint!  BEST turkey ever- we all agreed! 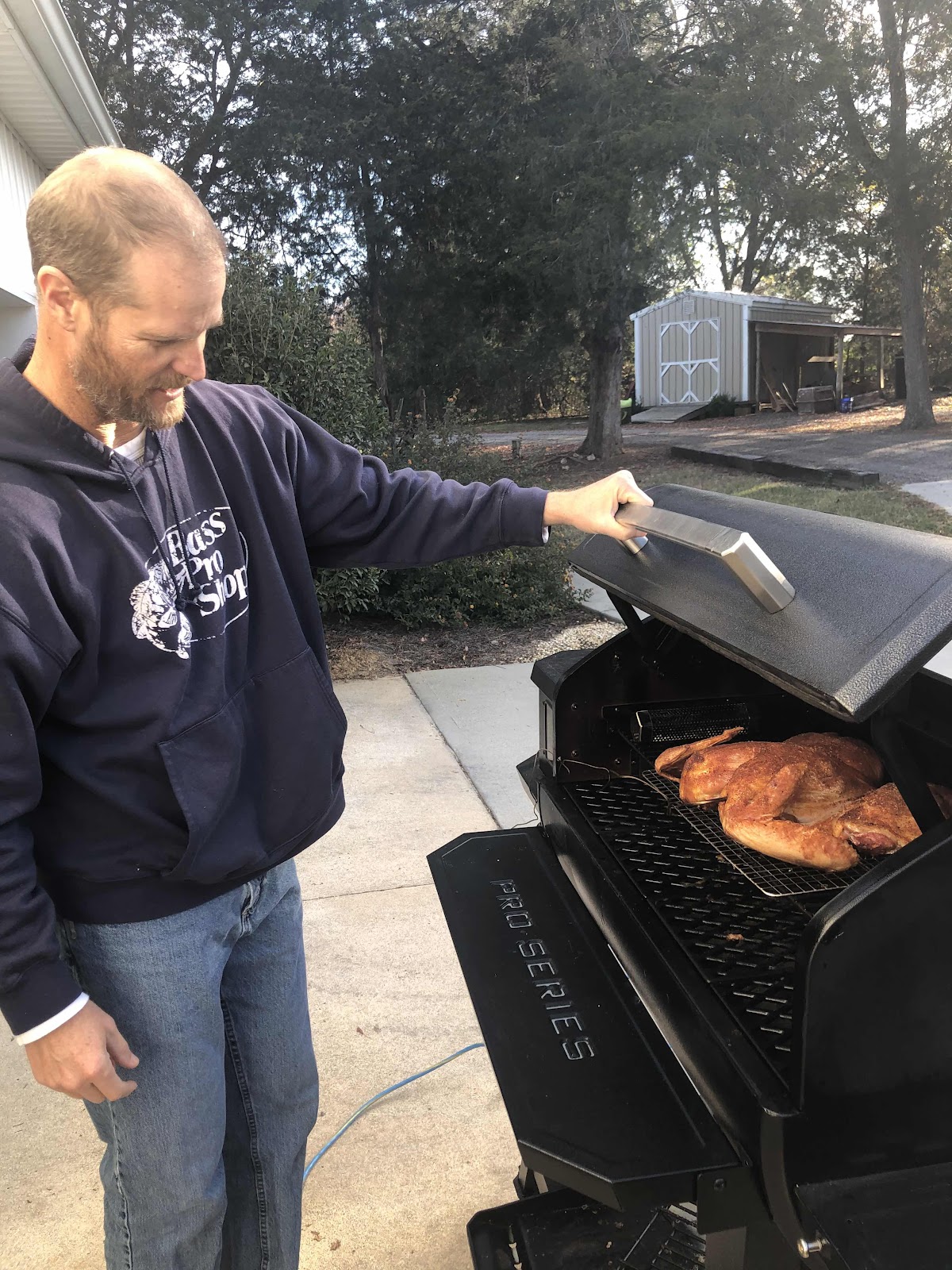