After baseball being canceled and Bubba still getting some summer ball in, we knew Bear was in desperate need of some organized sports...hunting and fishing are still on and very much have been though!

After attending a lakeside baptism a few weeks ago, we learned that a friend of his had just signed up for flag football.  Bear came home asking to play.  So, I checked into it the next morning and got him registered just hours before the deadline.

He's had several weeks of practice and has thoroughly enjoyed every second.  His daddy was a quarterback in high school and is giving him the best insiders coaching as well.  I just adore Bear's confidence in trying something new!

We've only once tried out football in this family...and his big brother got promptly put at quarterback {but without much of an offensive line} and decided never to play again.  Although, I do recall and am sure it's tucked somewhere in the history of this blog, that Bub finally gave up on throwing the ball and just held on to it to score one of their few touchdowns on a quarterback sneak working his size & strength to his advantage.  We like to remind him of that anytime one of the baseball coaches at the high school also asks him to play football.

Bear's first game of the season was last night and Scott was just going to take him as the games are late and the girls hadn't napped.  But, once they walked out the door, I just couldn't stand not being there.  So, I got the girls fed and in bed while Bubba lifted weights and then boogied out the door to make it to his game...fancy camera in tow!

What a fun night watching Bear take on center, tackle, wing or something else...honestly, I have no idea the positions but I know he played a lot and just about all over the field.  He is brave and courageous and loves a challenge!  At least they aren't tackling just yet...but this is definitely a good first step towards that direction if he chooses it next year.  Couldn't be prouder of my baby boy & #10! 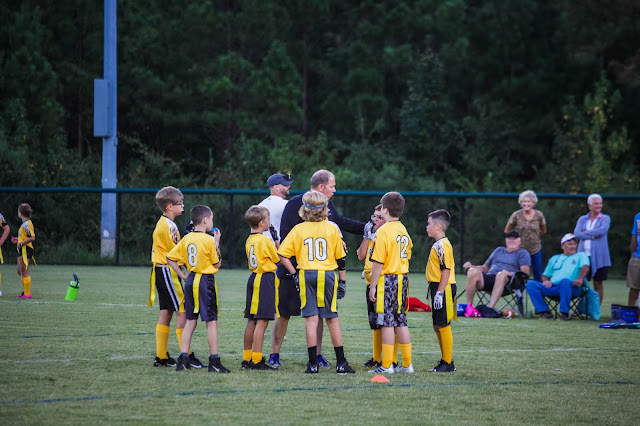 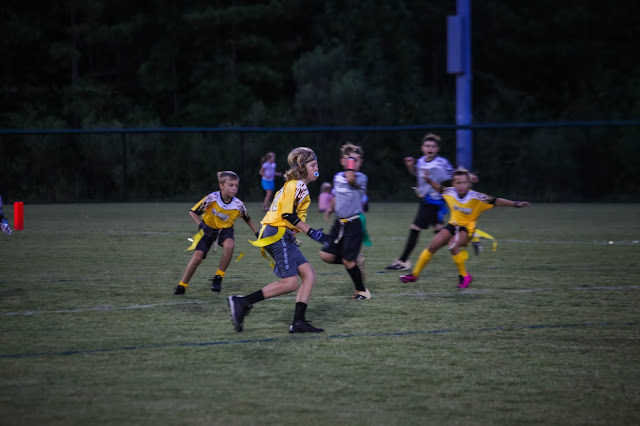 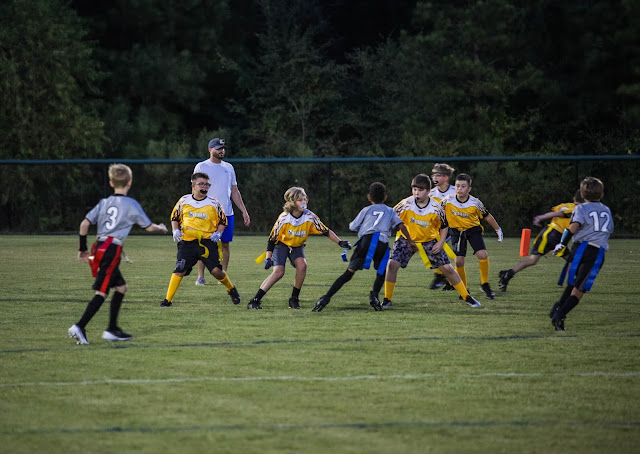 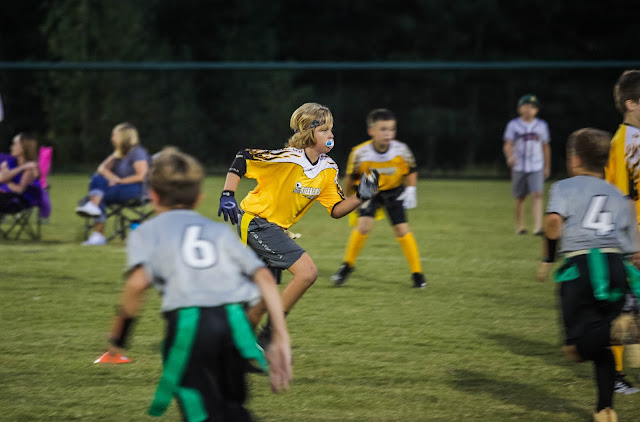 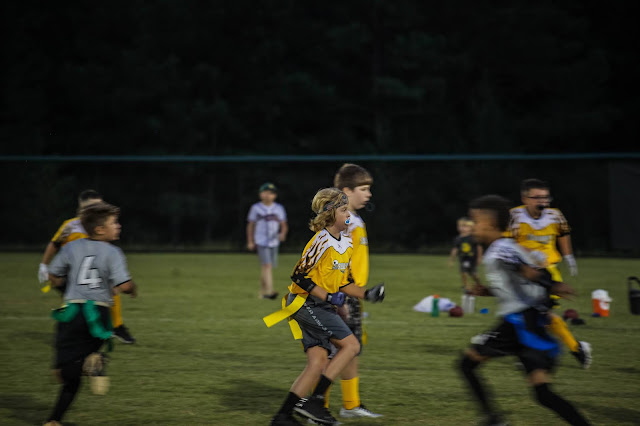 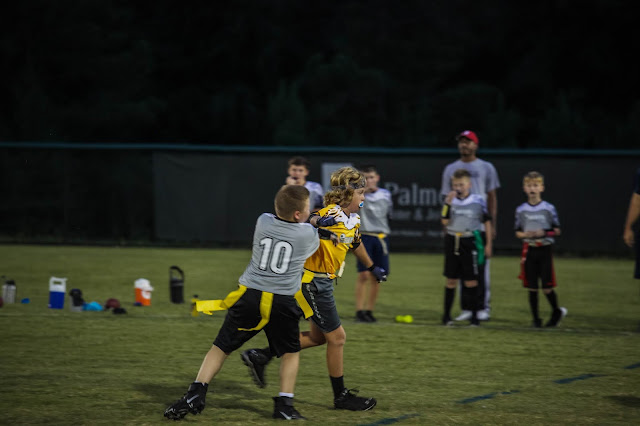 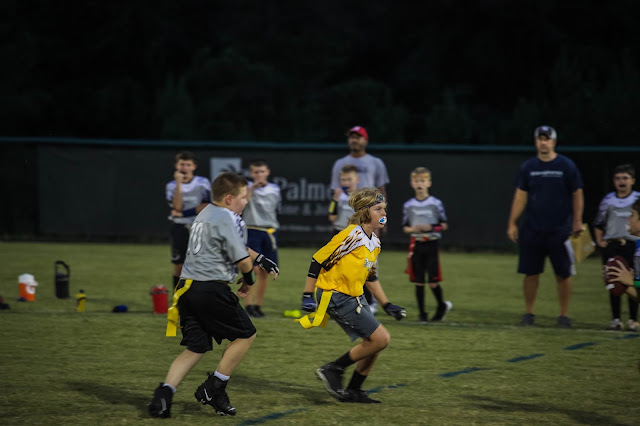 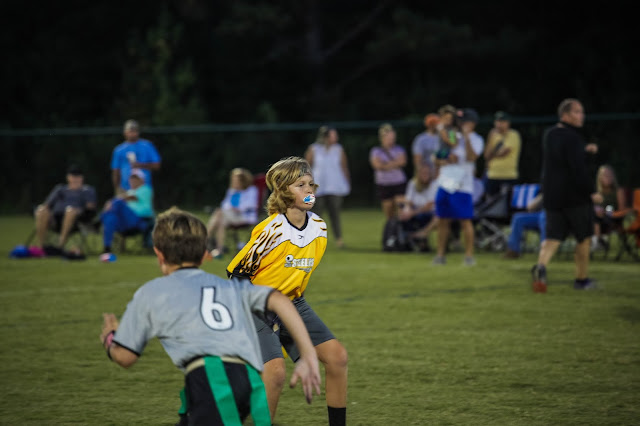 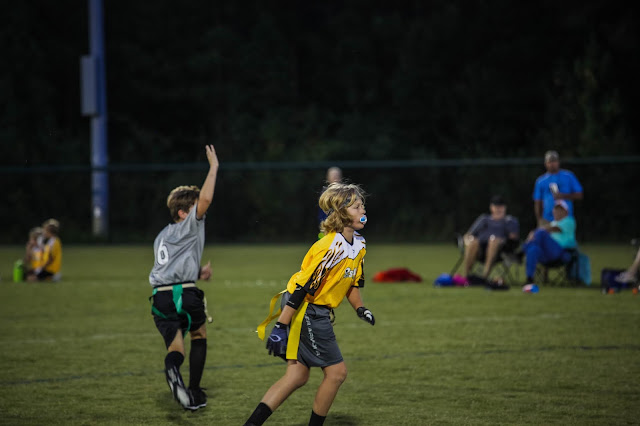 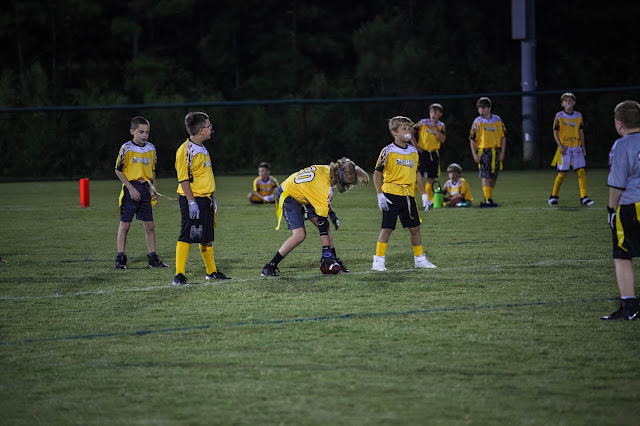 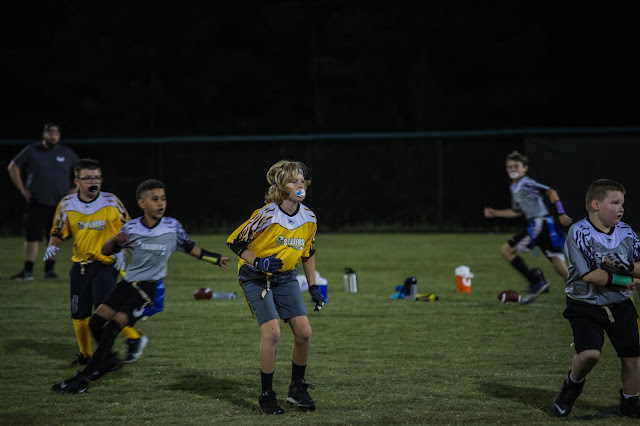 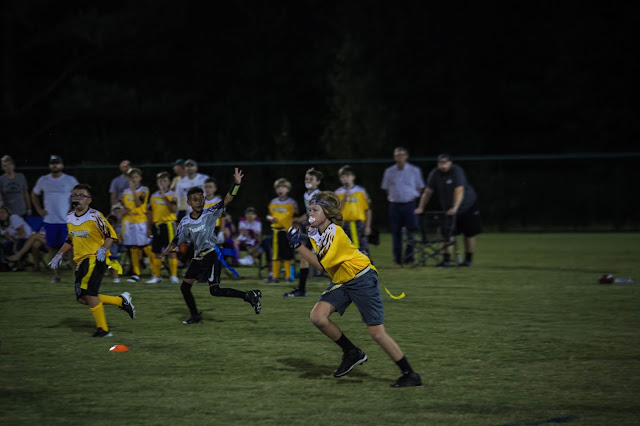 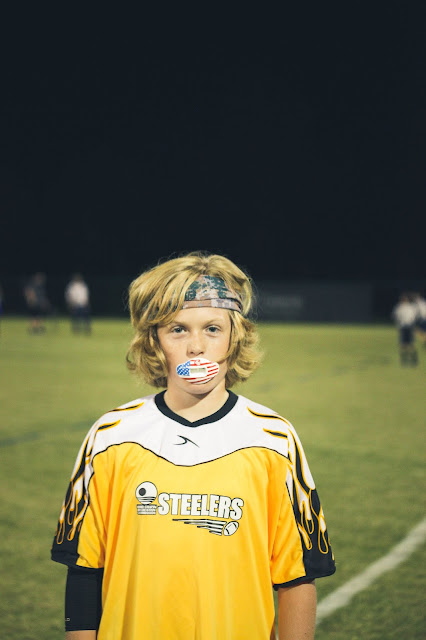 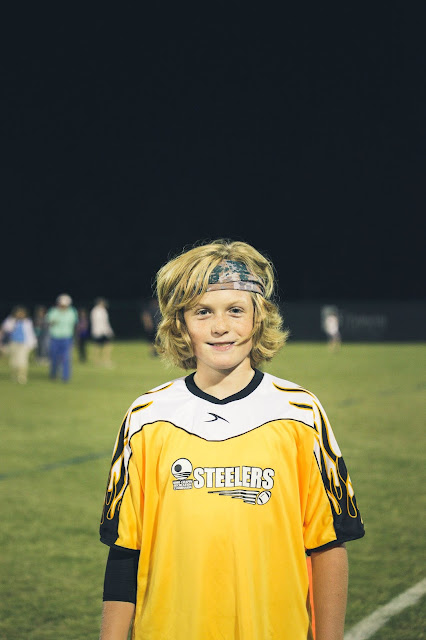 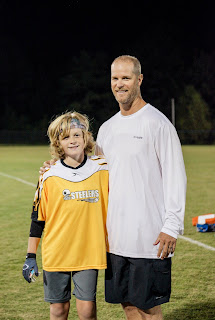 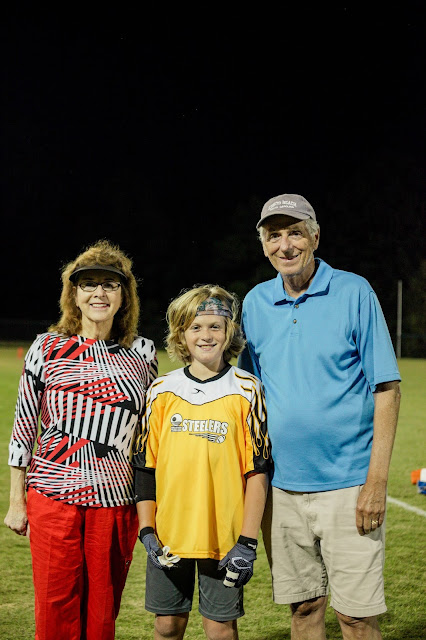