Moments to remember:
~Bubba and Bear were up by 5...walkie talkie-ing back and forth to S and me for nearly two hours.  Finally, S met them at the top of the stairs to walk {with their eyes closed} to our bedroom for The Christmas Story.
~We did our 3 gifts again...Gold, Frankincense and Myrrh.  The gold is an item that they really really really want, frankincense is something that will bring them closer to Christ and their myrrh is clothing {each adapted as close as to what their original intentions were at the birth of Jesus}.
~The boys chose to both open their frankincense first...since they said it was the "most important anyways".  :)
~The sleeping princess finally was woken up {purposefully} just before 9! I was ready for a nap by then.  ;)
~Her precious, endearing daddy made an emergency trip to Wally World on Christmas Eve because mommy had a meltdown.  {I'd asked him to pick up three different types of wrapping paper for each of their gifts a couple of days earlier and just saw them two days beforehand...each of the boys had a different type of camo wrapping paper and AG had some horrid silver santa mess.  Since I'm a little bit emotional, I lost it and he made it right by going back on what I refer to as the torture chamber that is walmart on one of the worst shopping days of the year.  He came home with a massive amount of princess paper and all was right in the world again.}  My husband is my hero. And now he knows.  ;)
~Baby girl quickly figured out the whole unwrapping thing and was hopping from one item to the next.  So, it was really a good thing that we went with the kitchen {that was found on a used childrens facebook page for crazy cheap} rather than a single American Girl doll.  She adored having huge "presents" to unwrap.  Thank you, separate fridge, oven and sink.  The princess paper also clearly meant as much to her as it did me.  :)
~Our best laid do-not-spoil-the-kids intentions were ruined by a very generous employer who surprised my hubby with a brand spanking new 4wheeler a few days before Christmas for the boys.  And, for that, we are all very thankful.
~The day was spent surrounded by family.  I made my first BIG Christmas dinner complete with my first 15 pound turkey...which turned out pretty good much to my surprise.  The kids played games inside and out {Monopoly Empire is unending} and AG didn't even take a nap.  It was bliss!
~And a very, very, Merry Christmas was had by all...especially the little angel that sits in the presence of the King and waits for us at Home.  {She somehow made it into most of these photos...completely unplanned and not realized until I just posted them here.}  God is so good!
﻿ 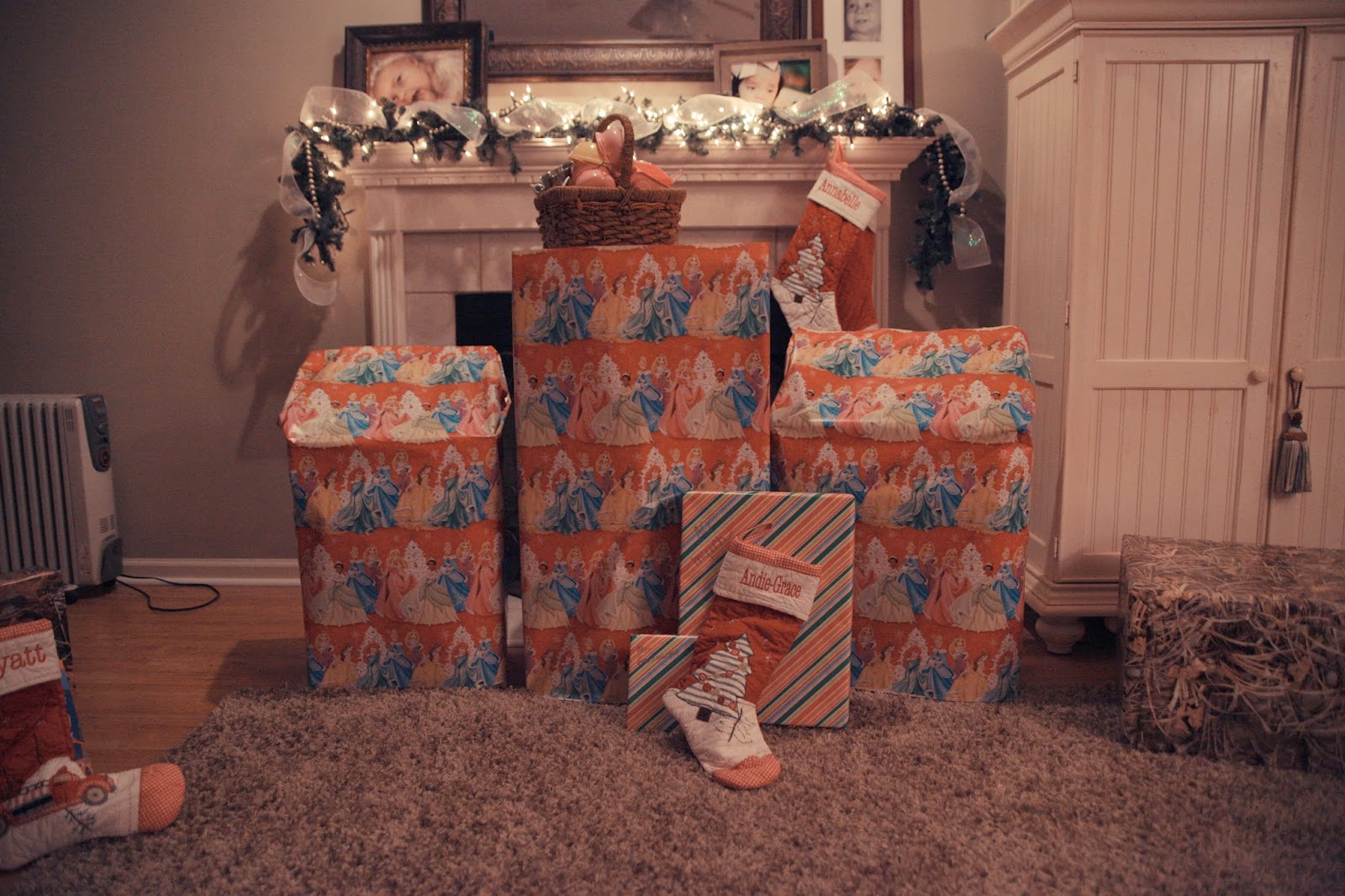 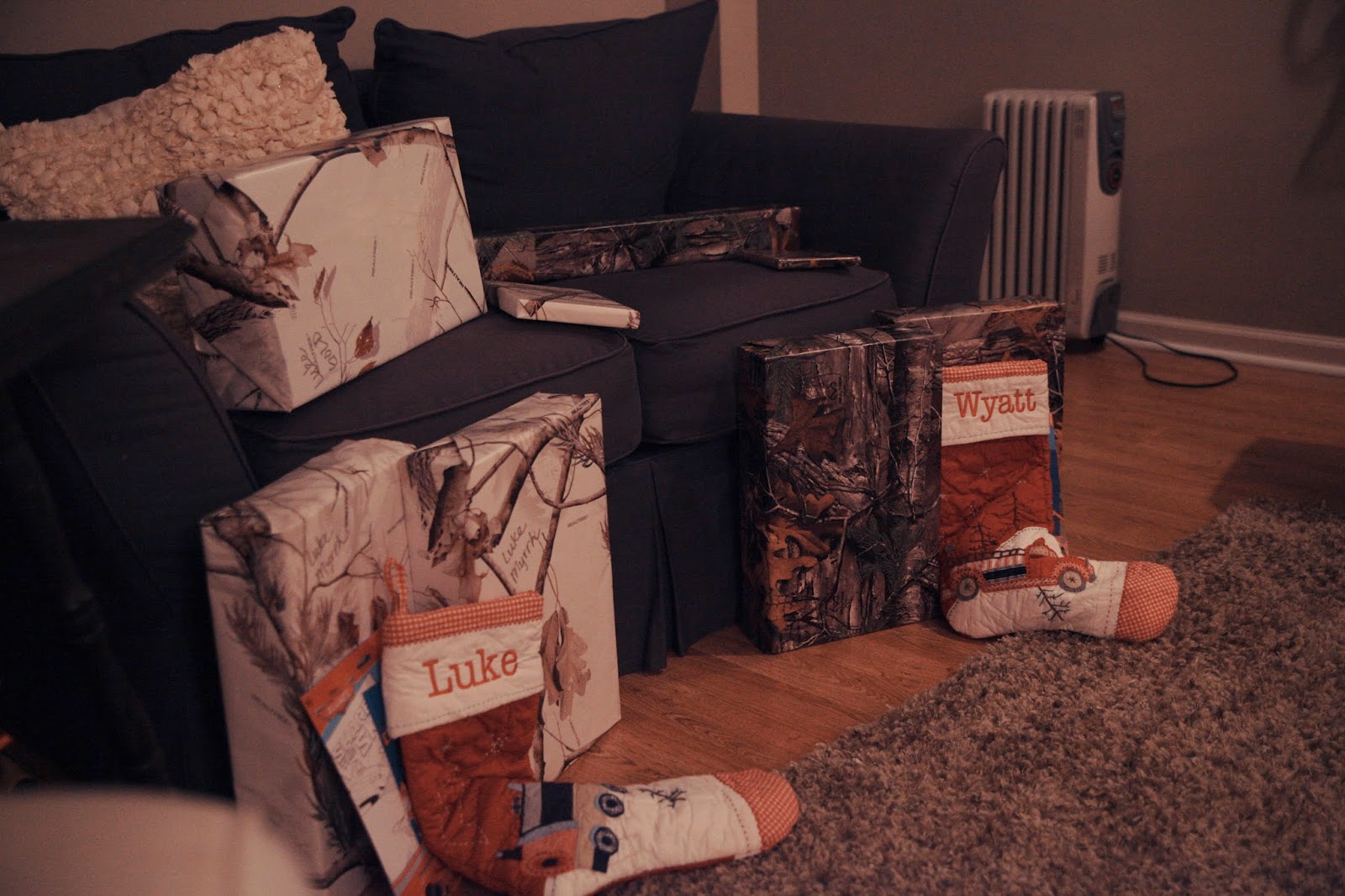 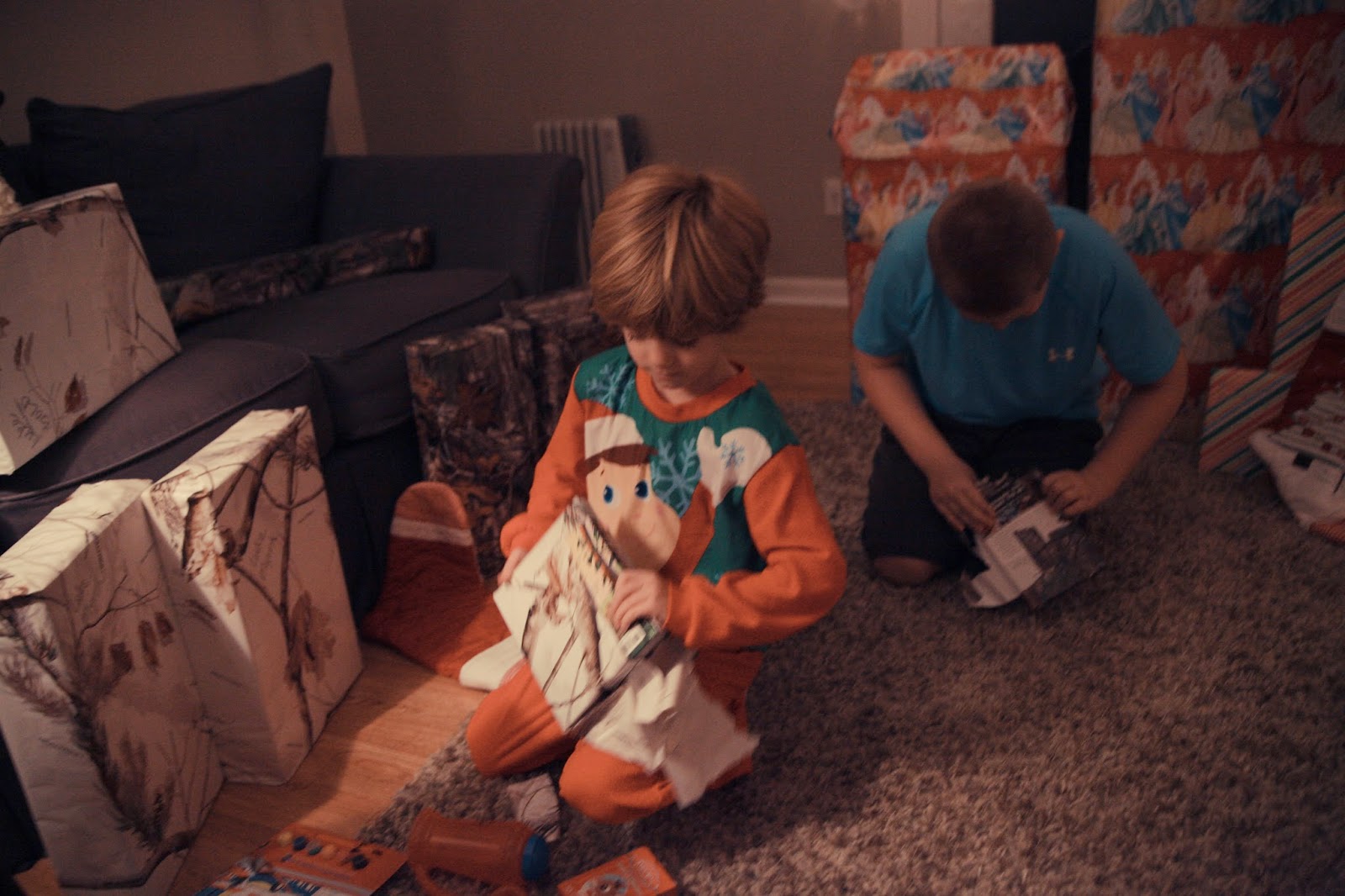 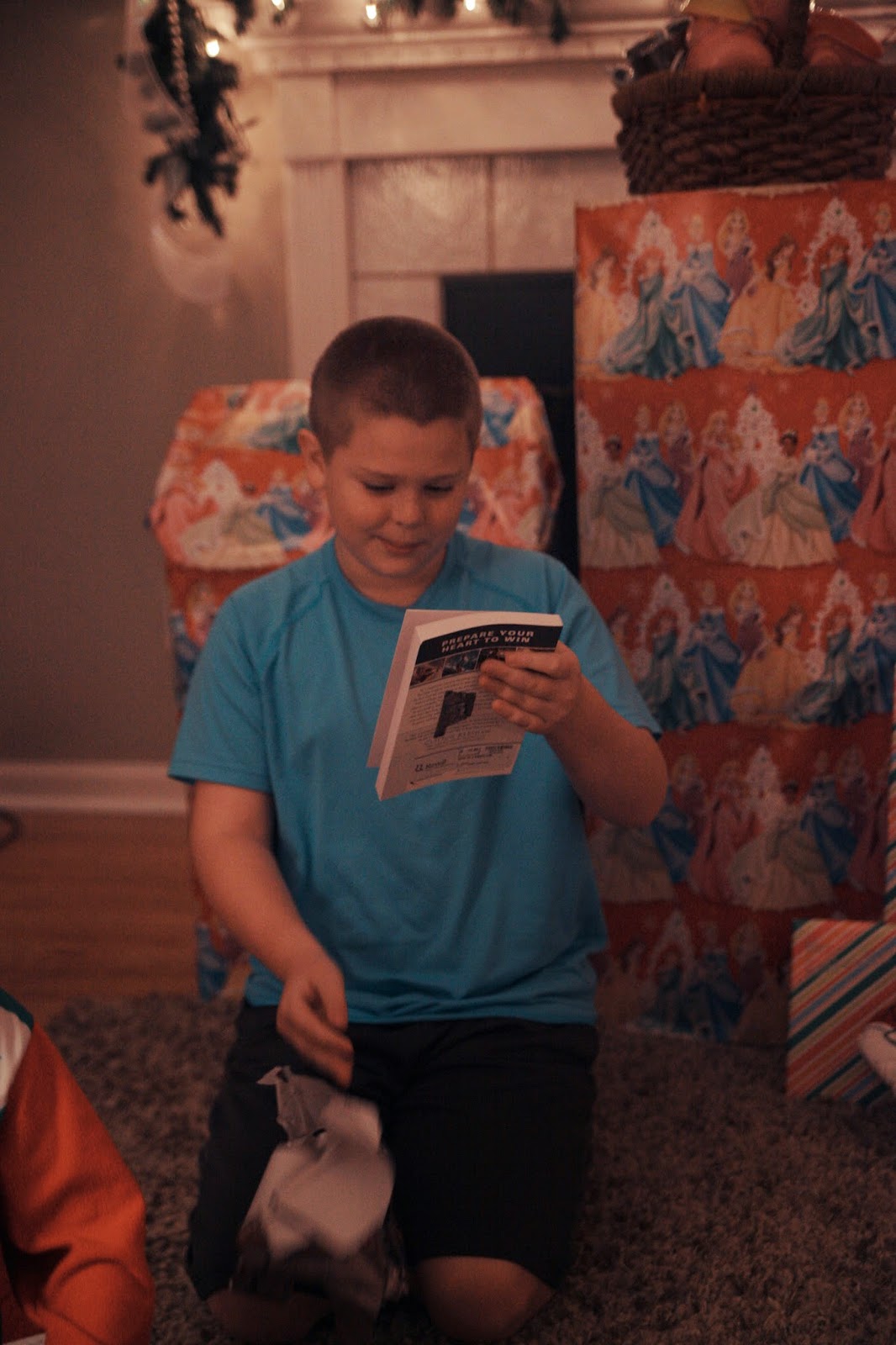 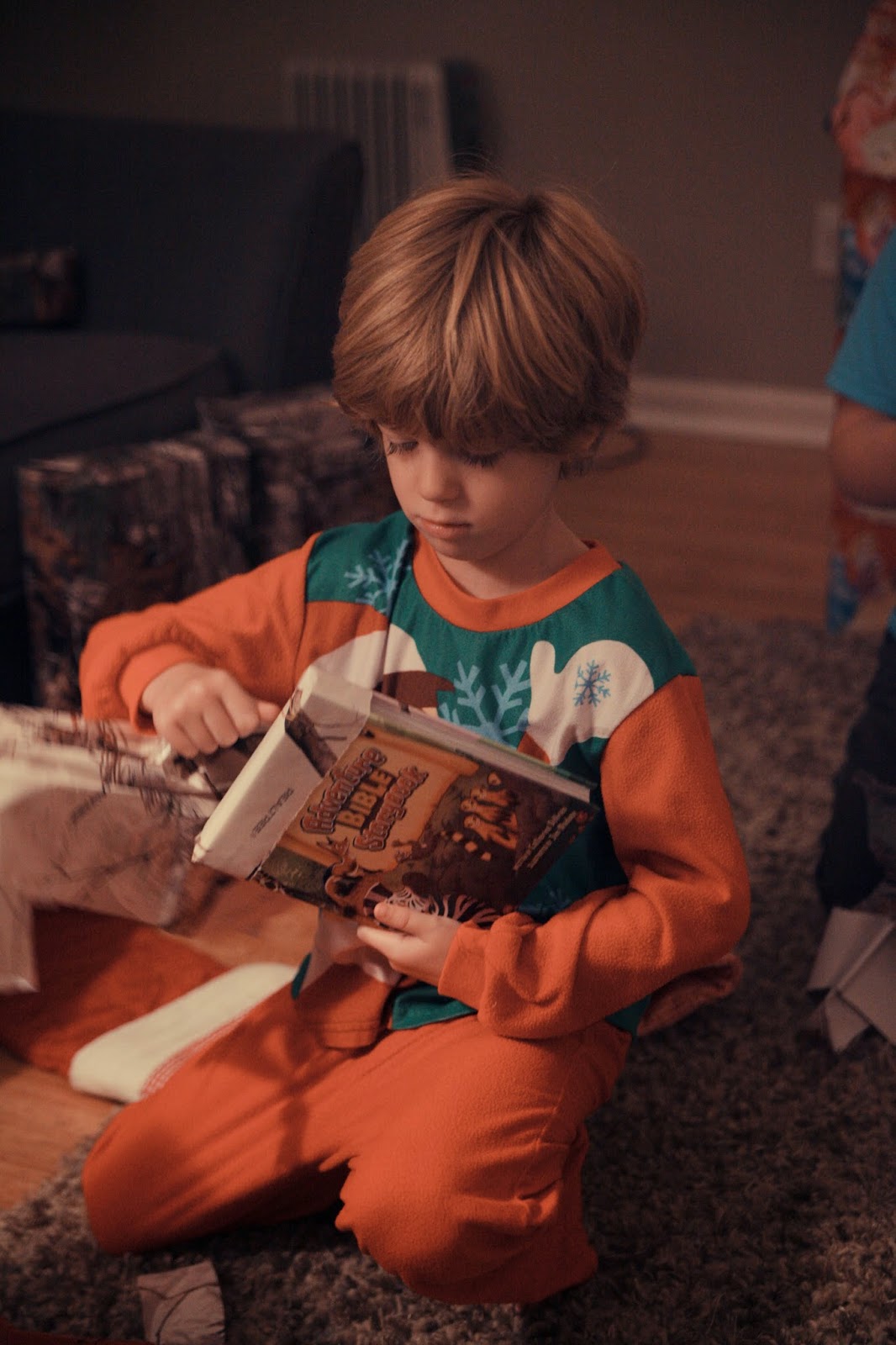 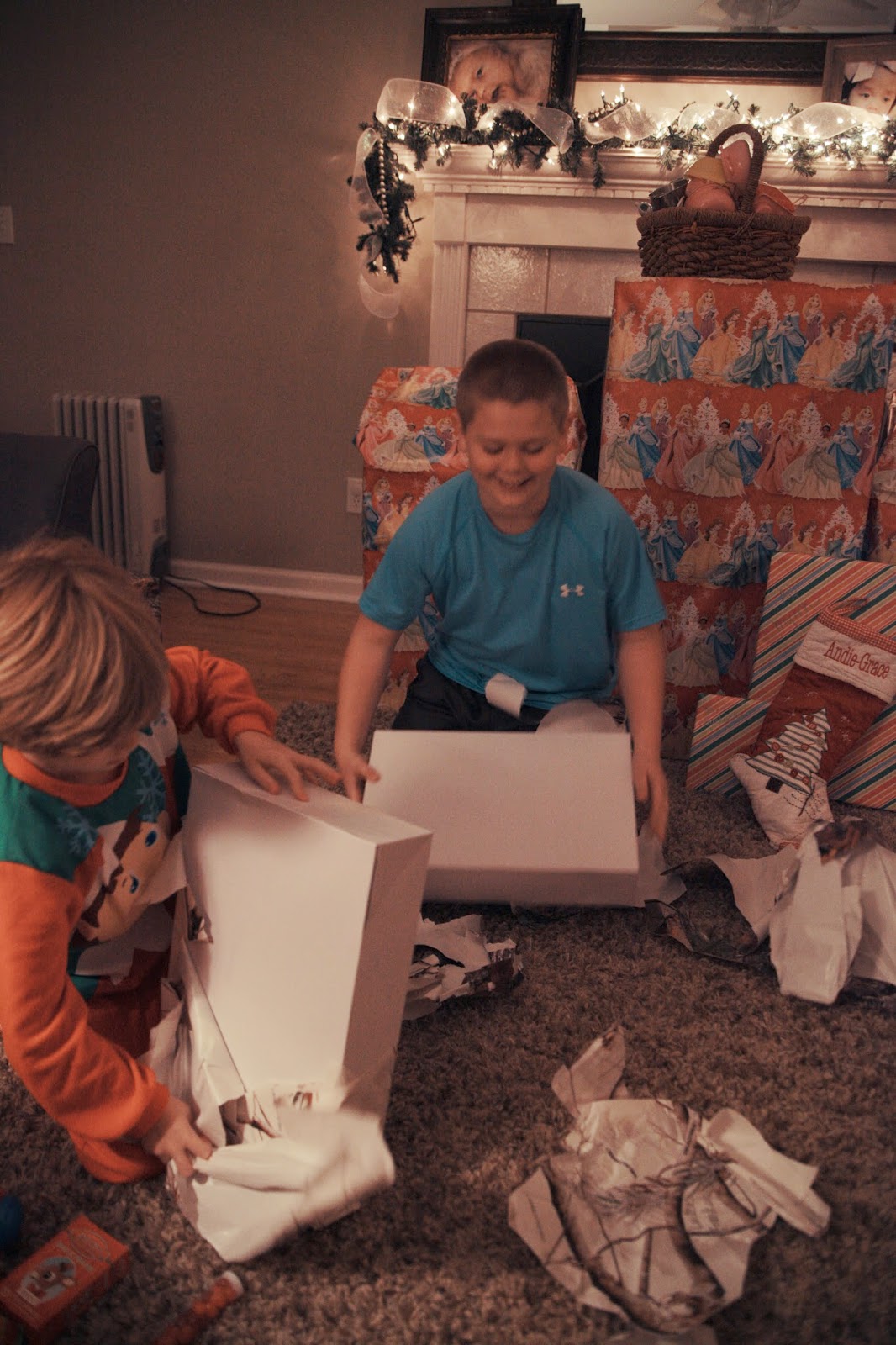 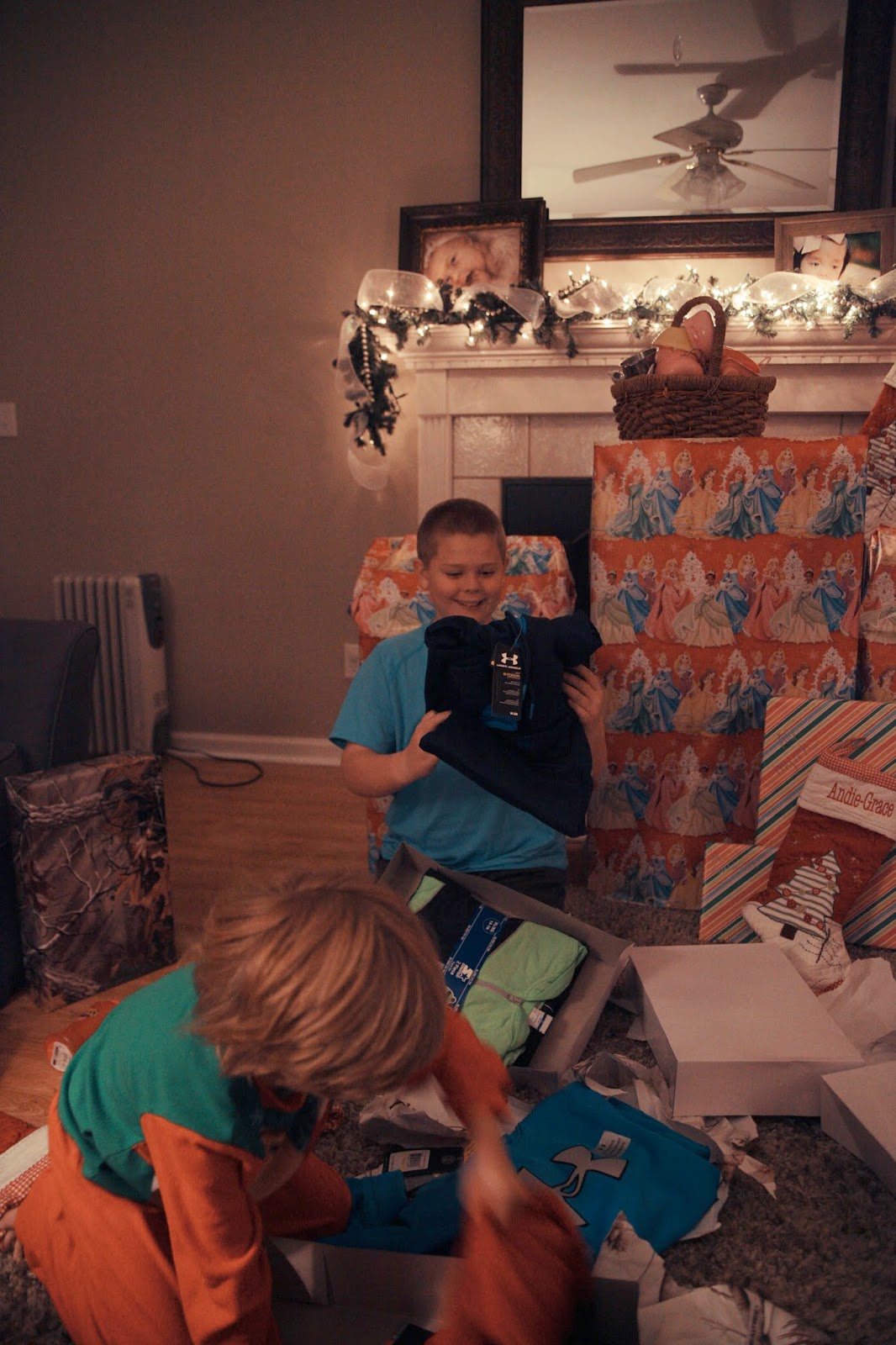 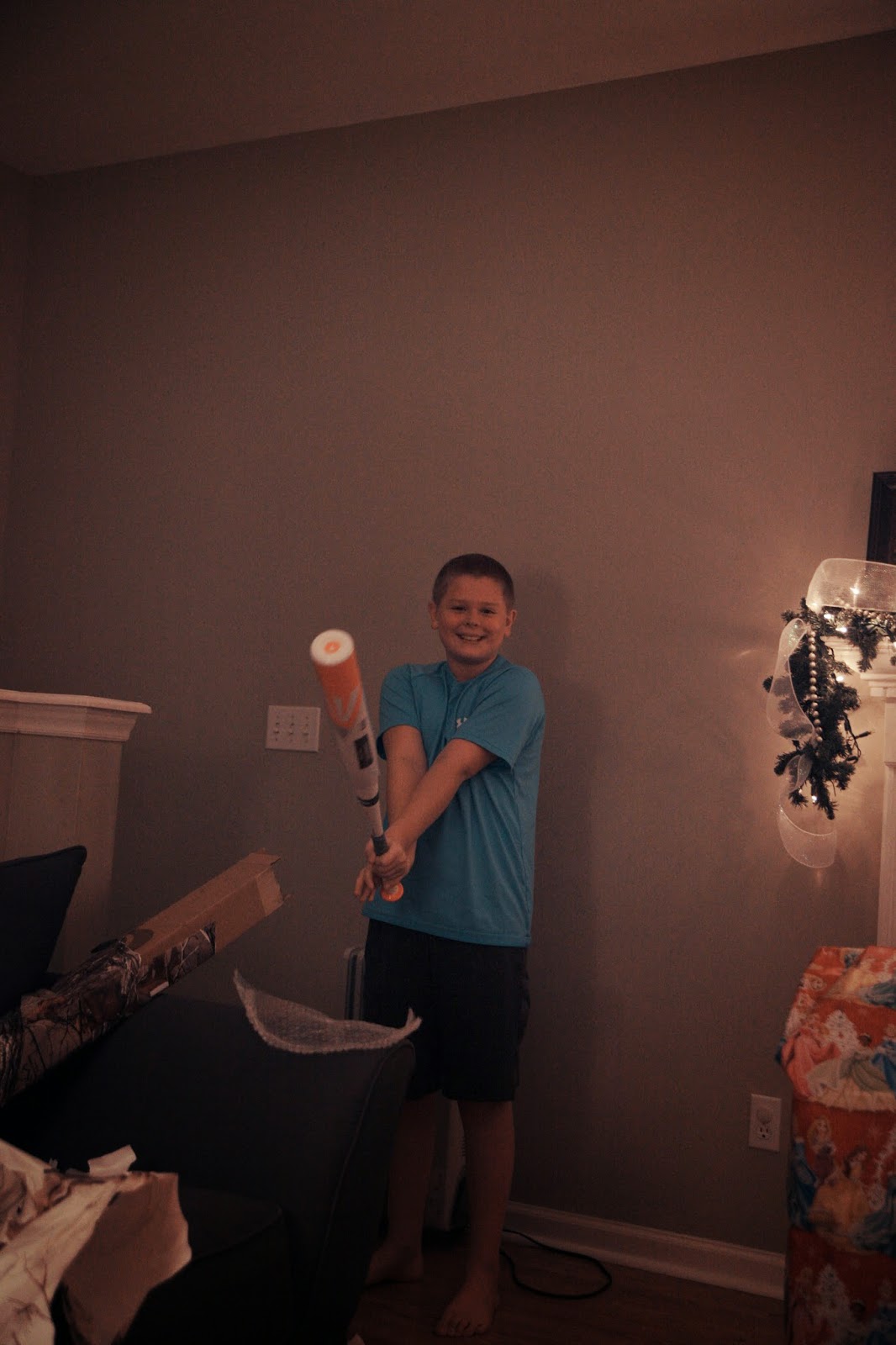 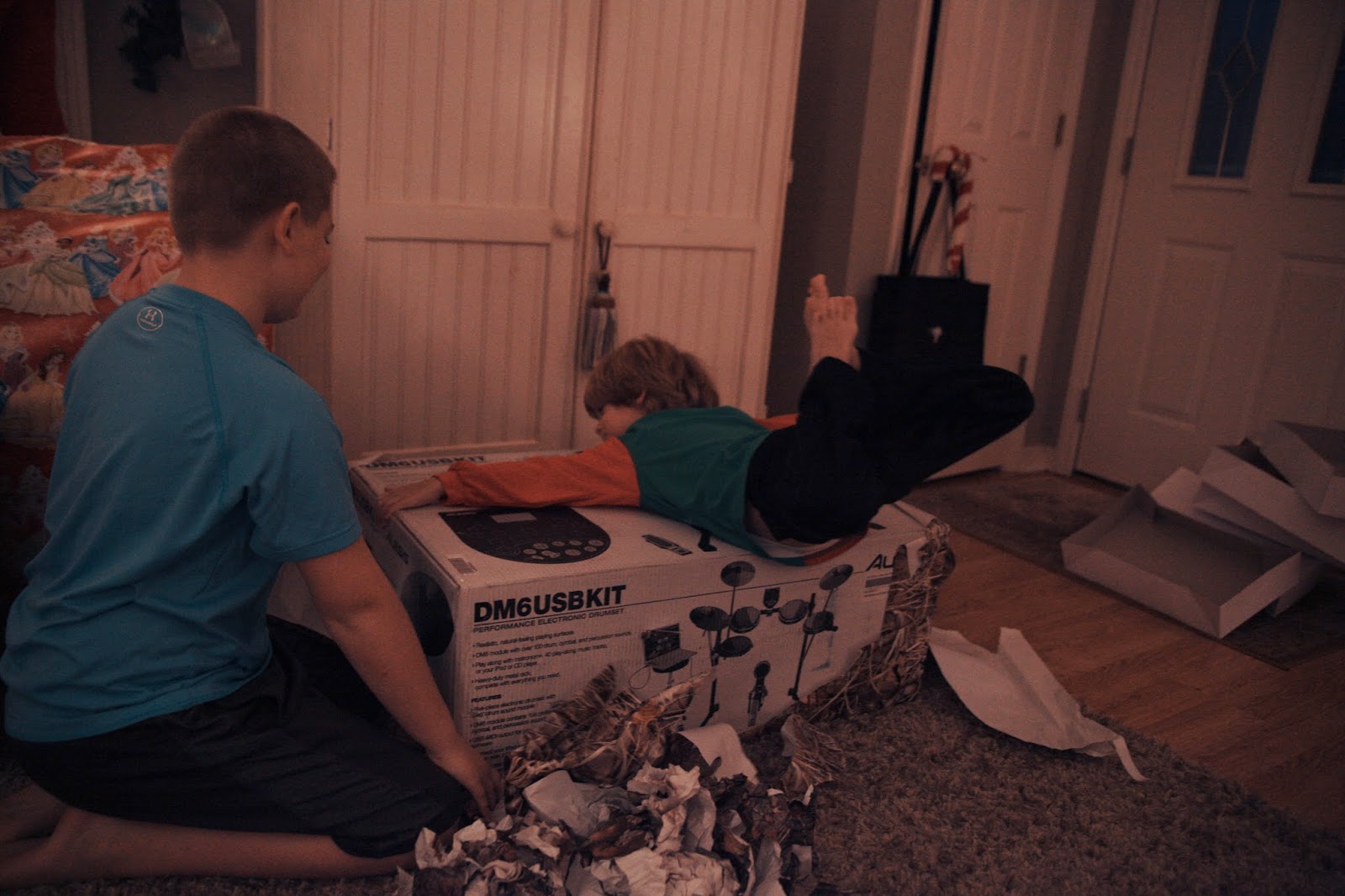 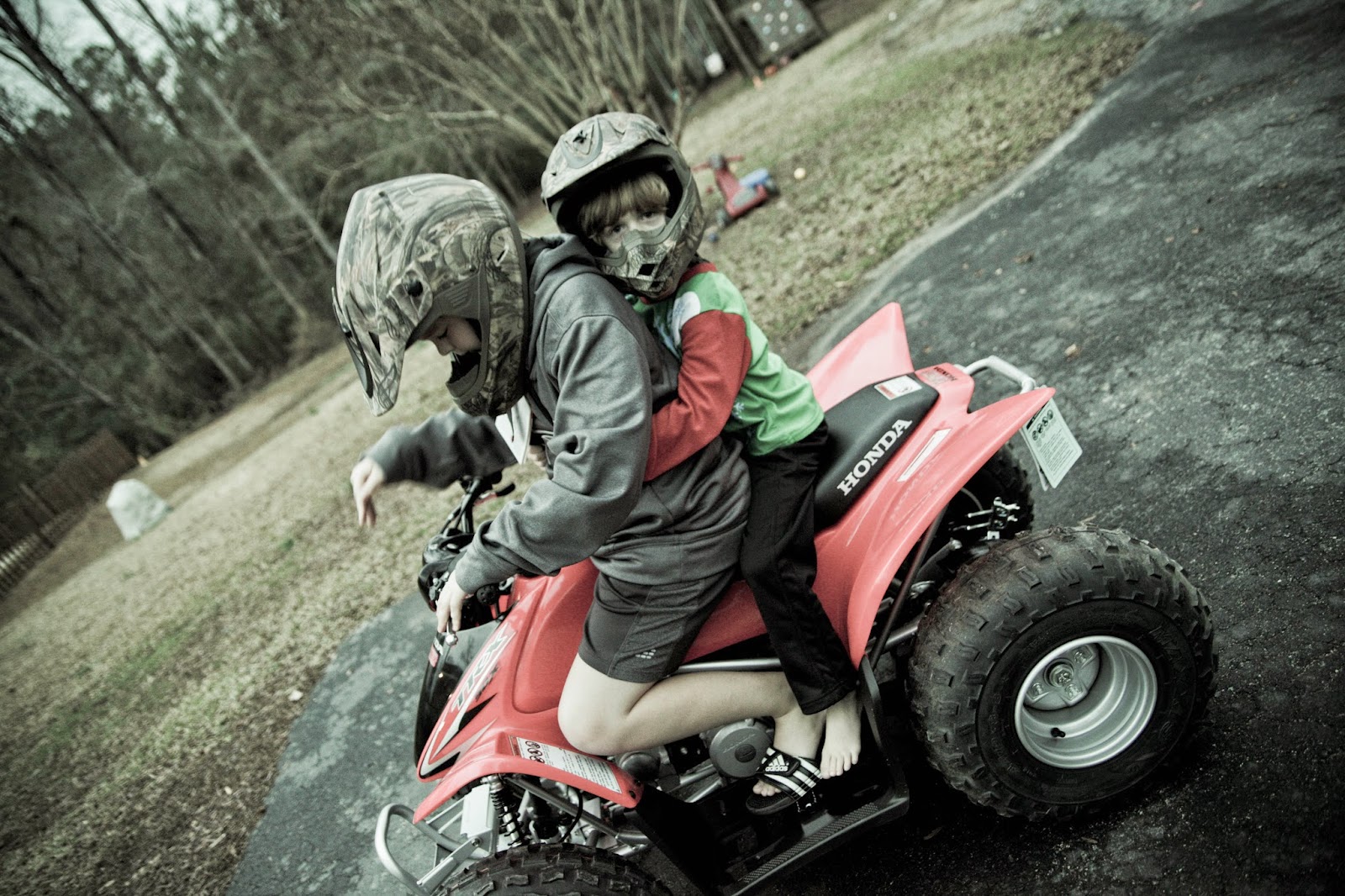 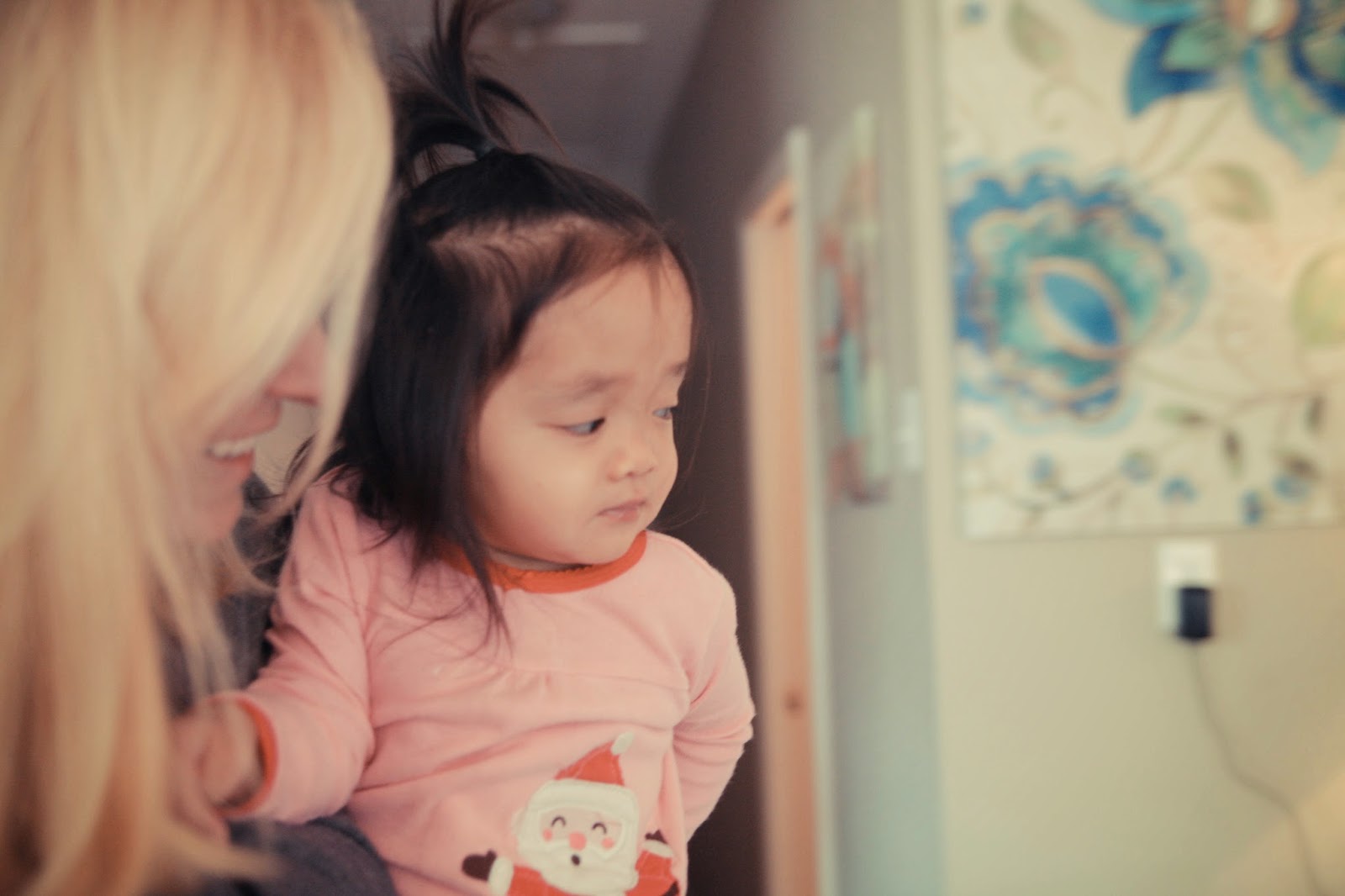 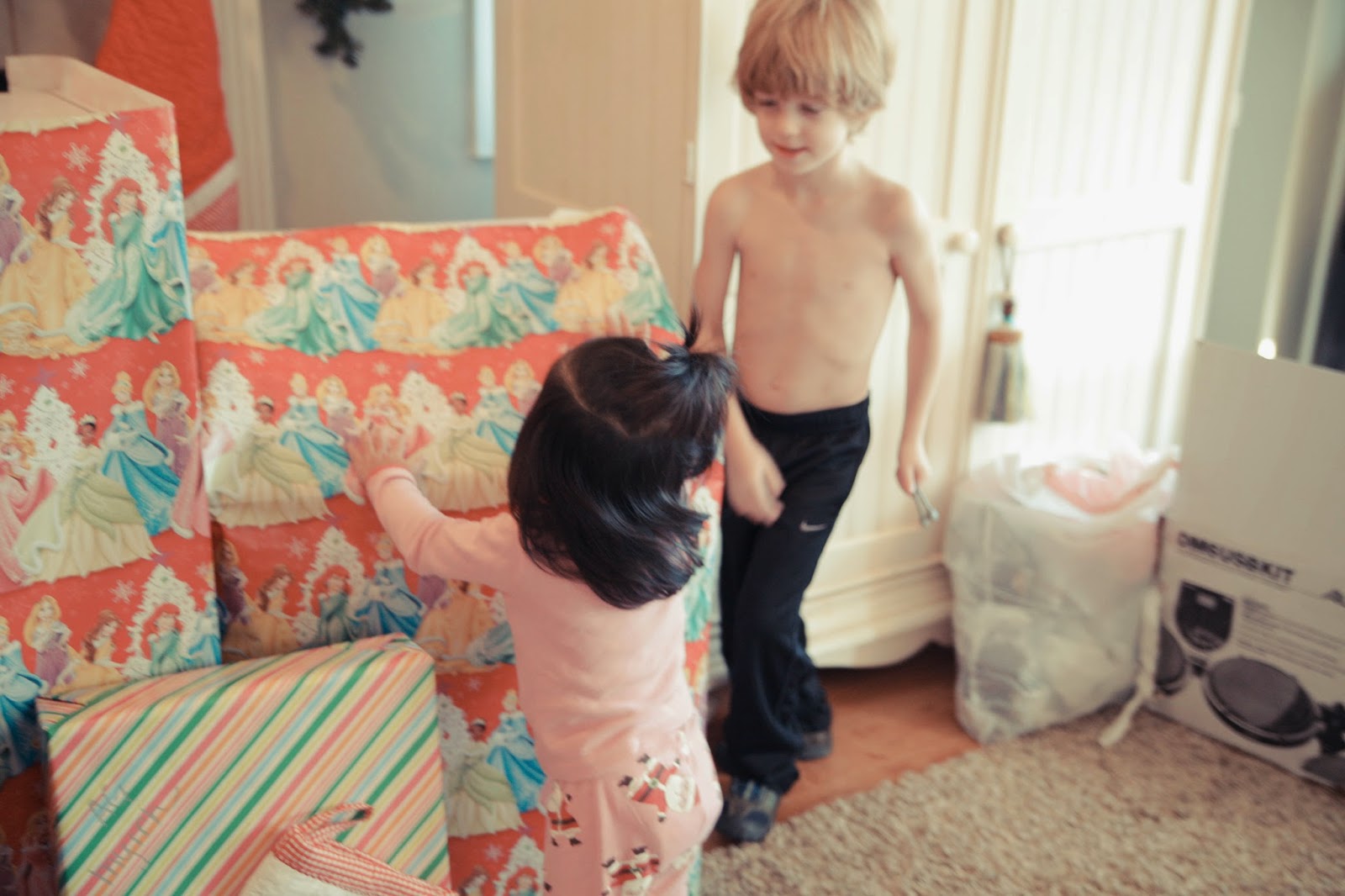 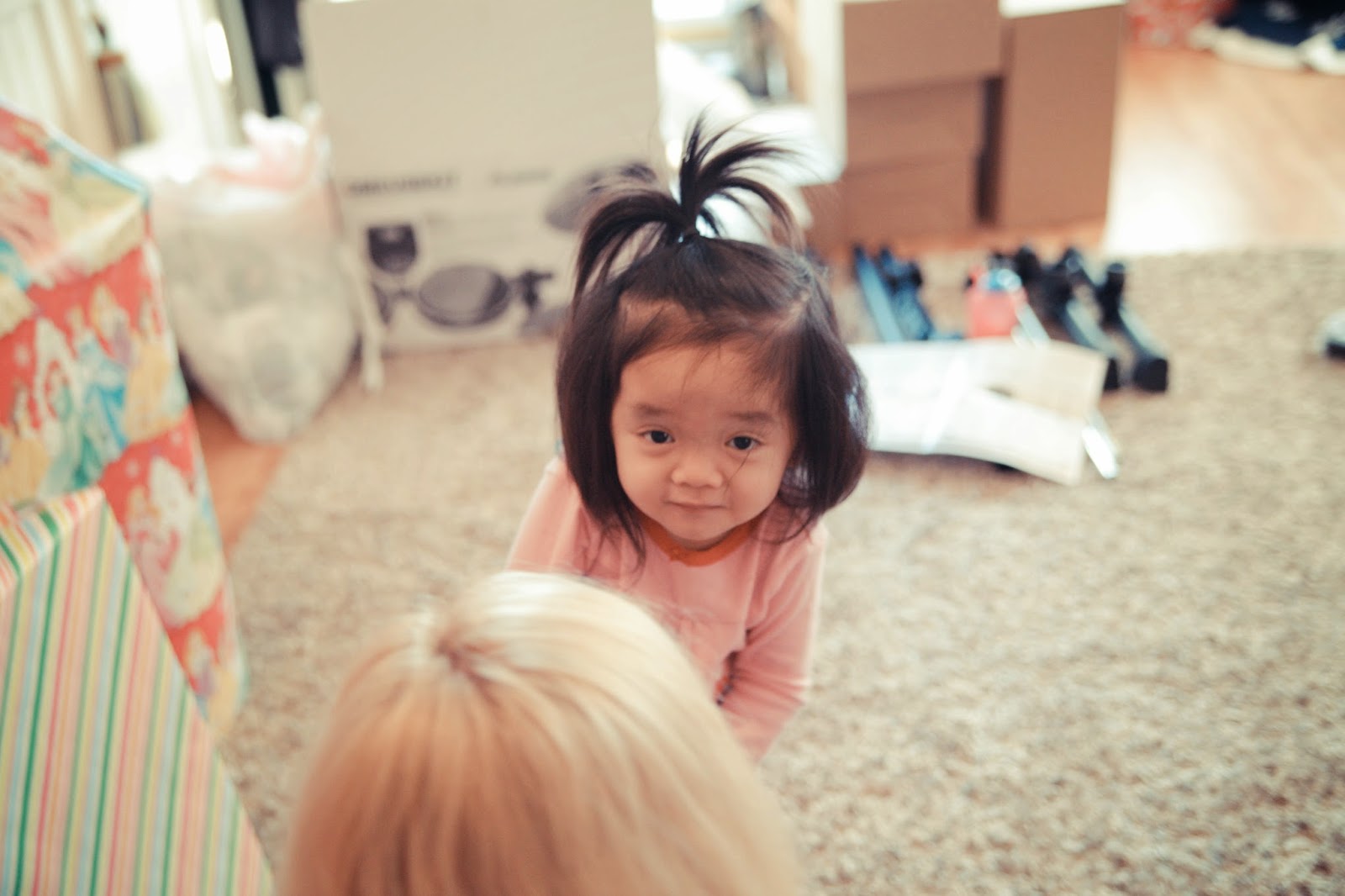 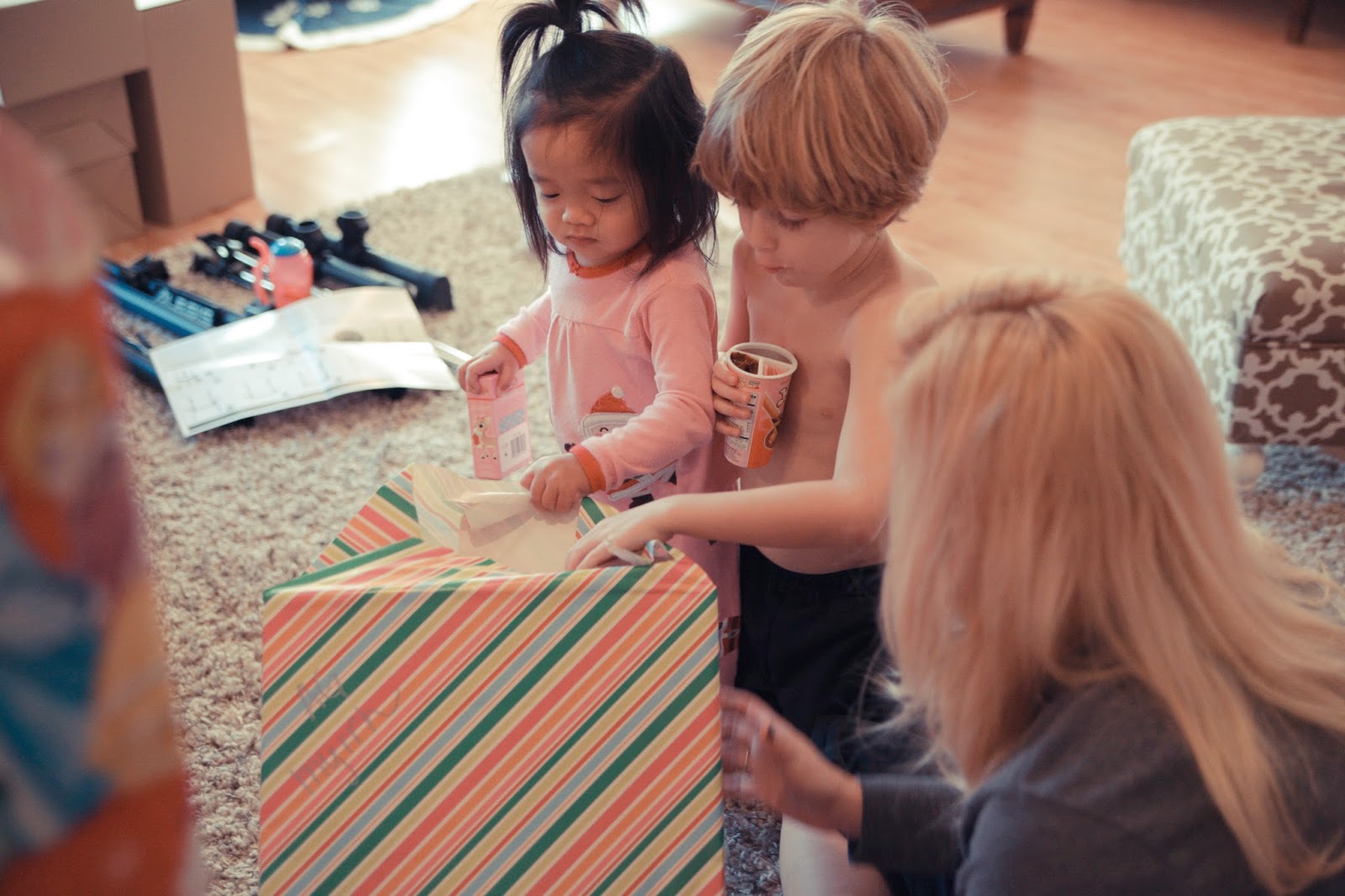 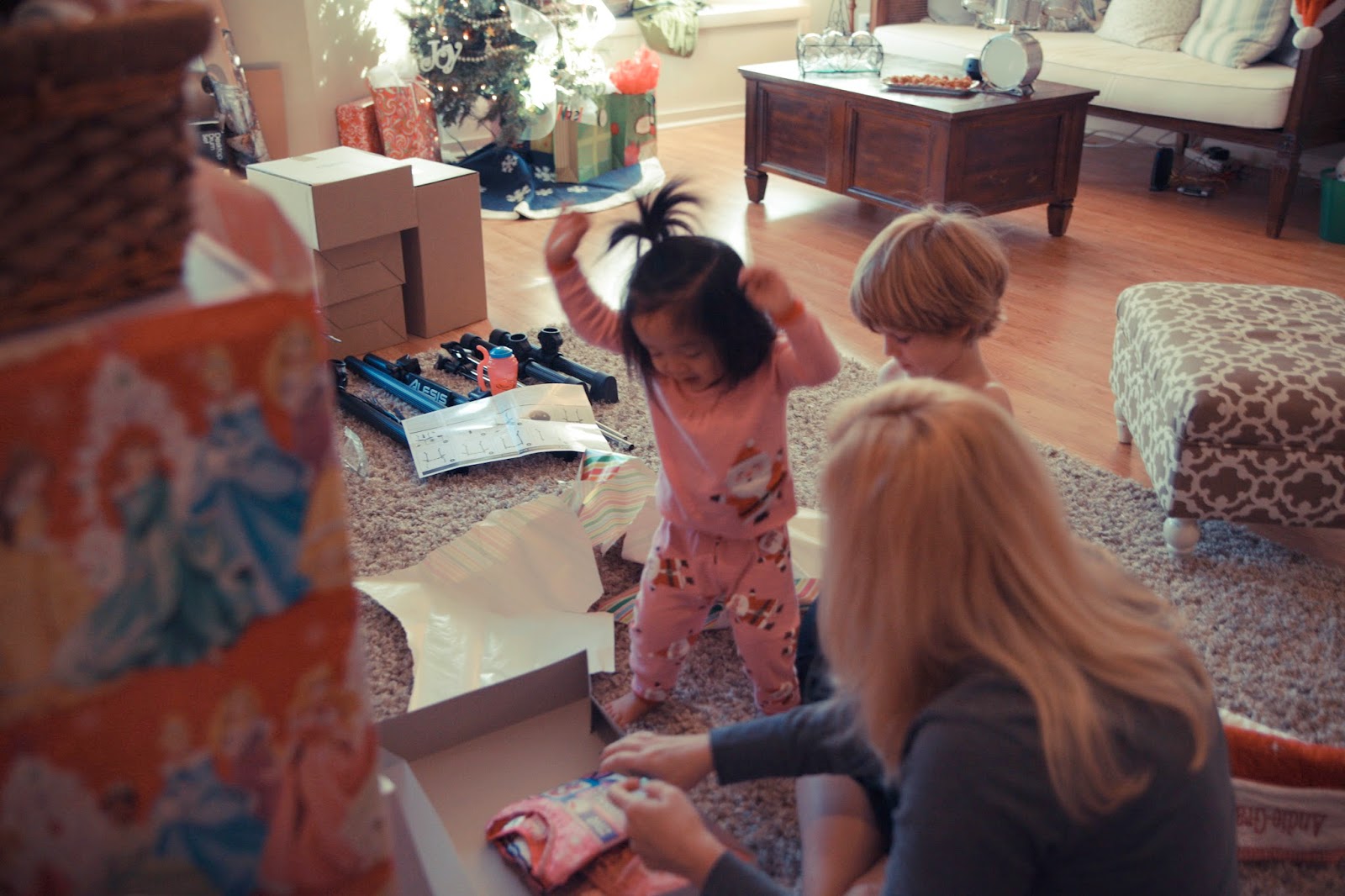 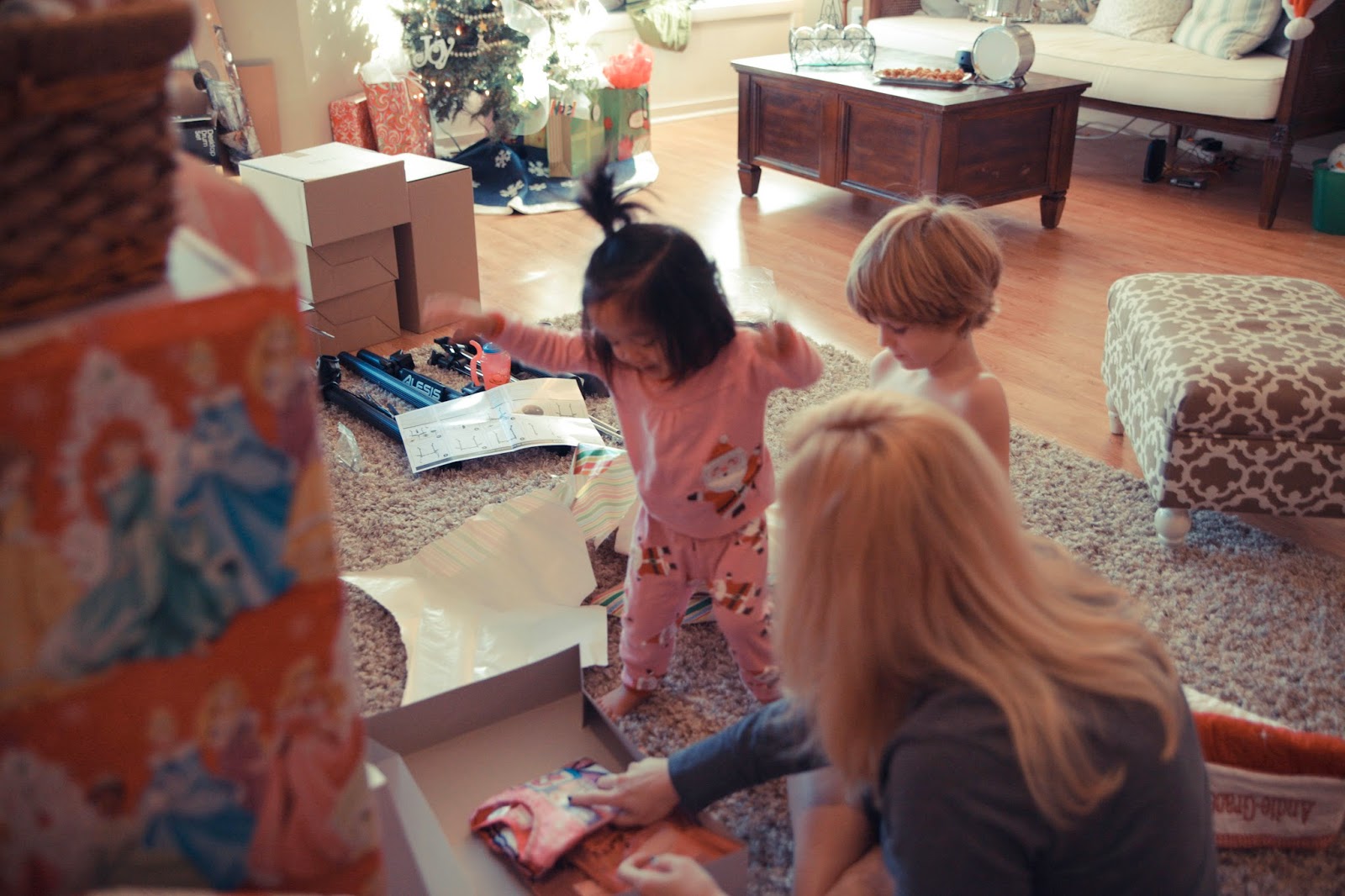 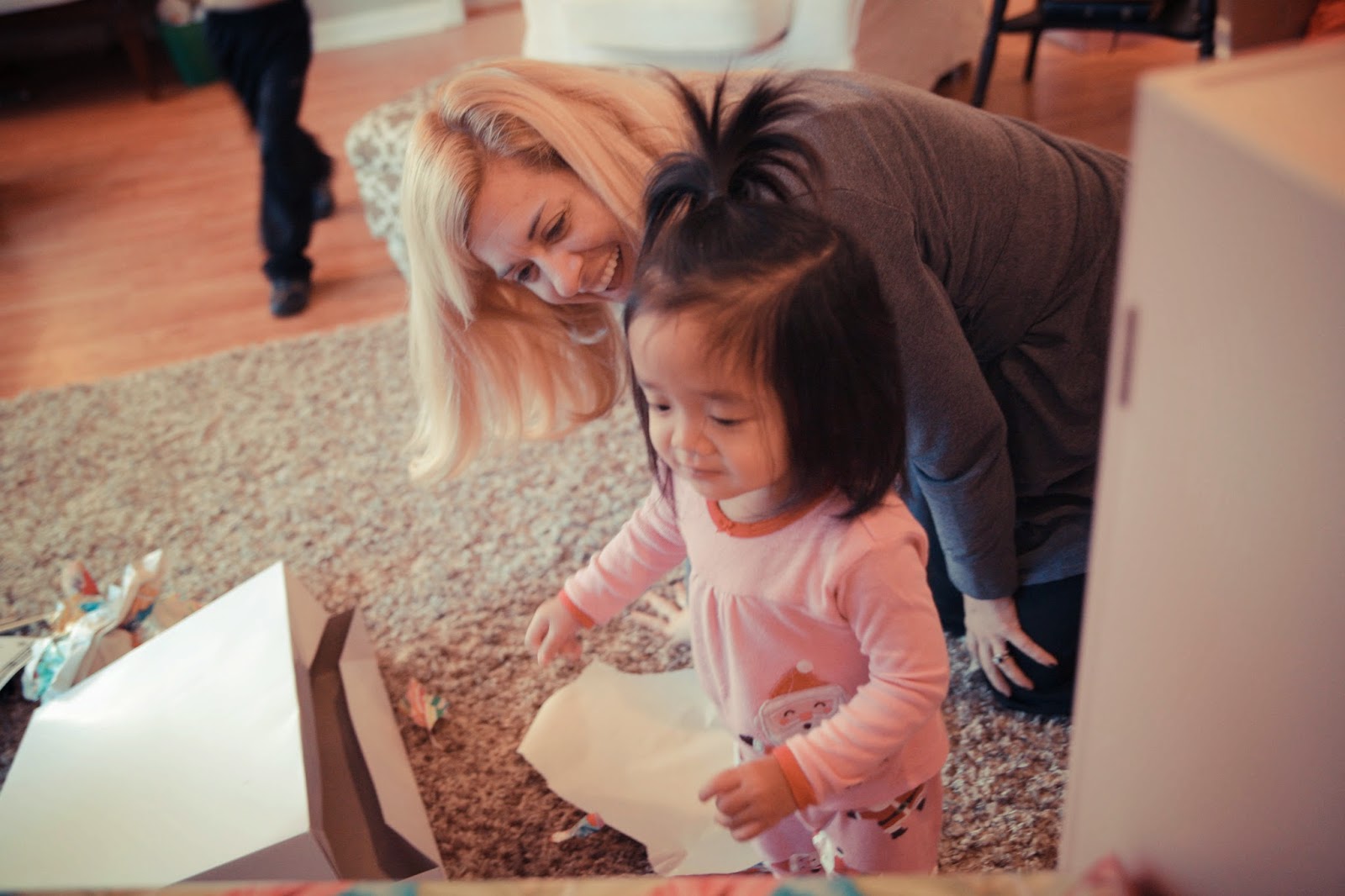 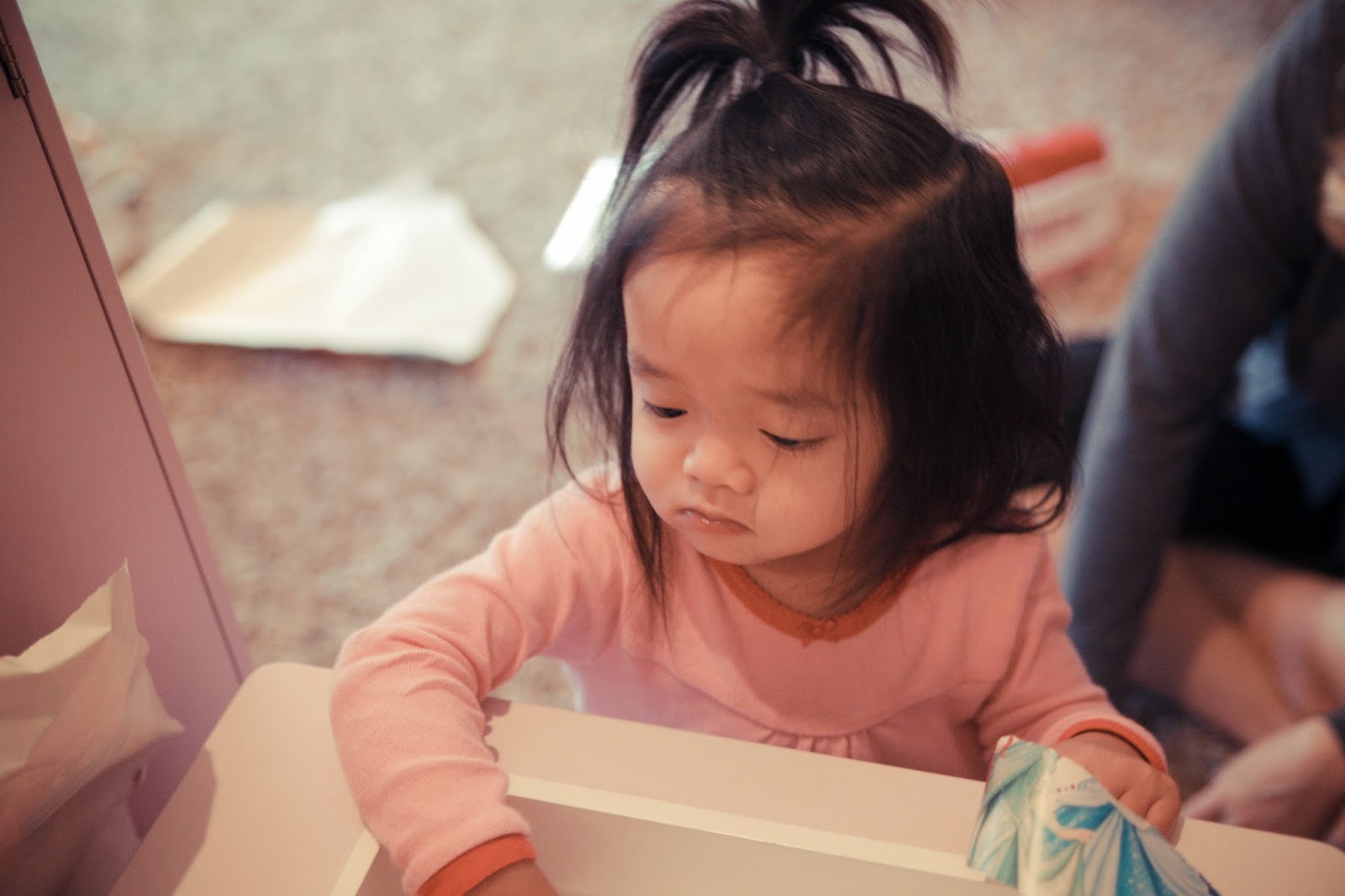 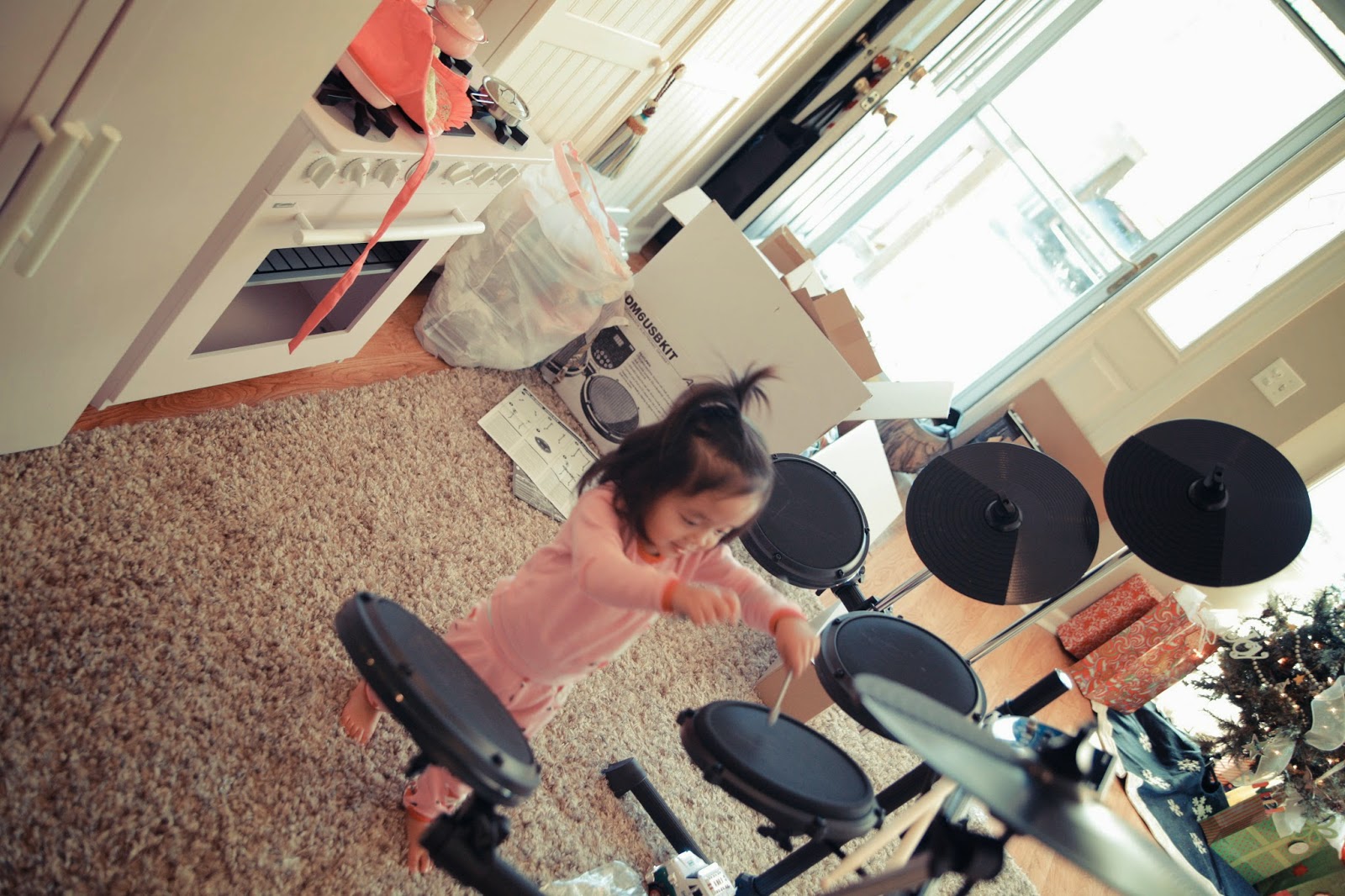 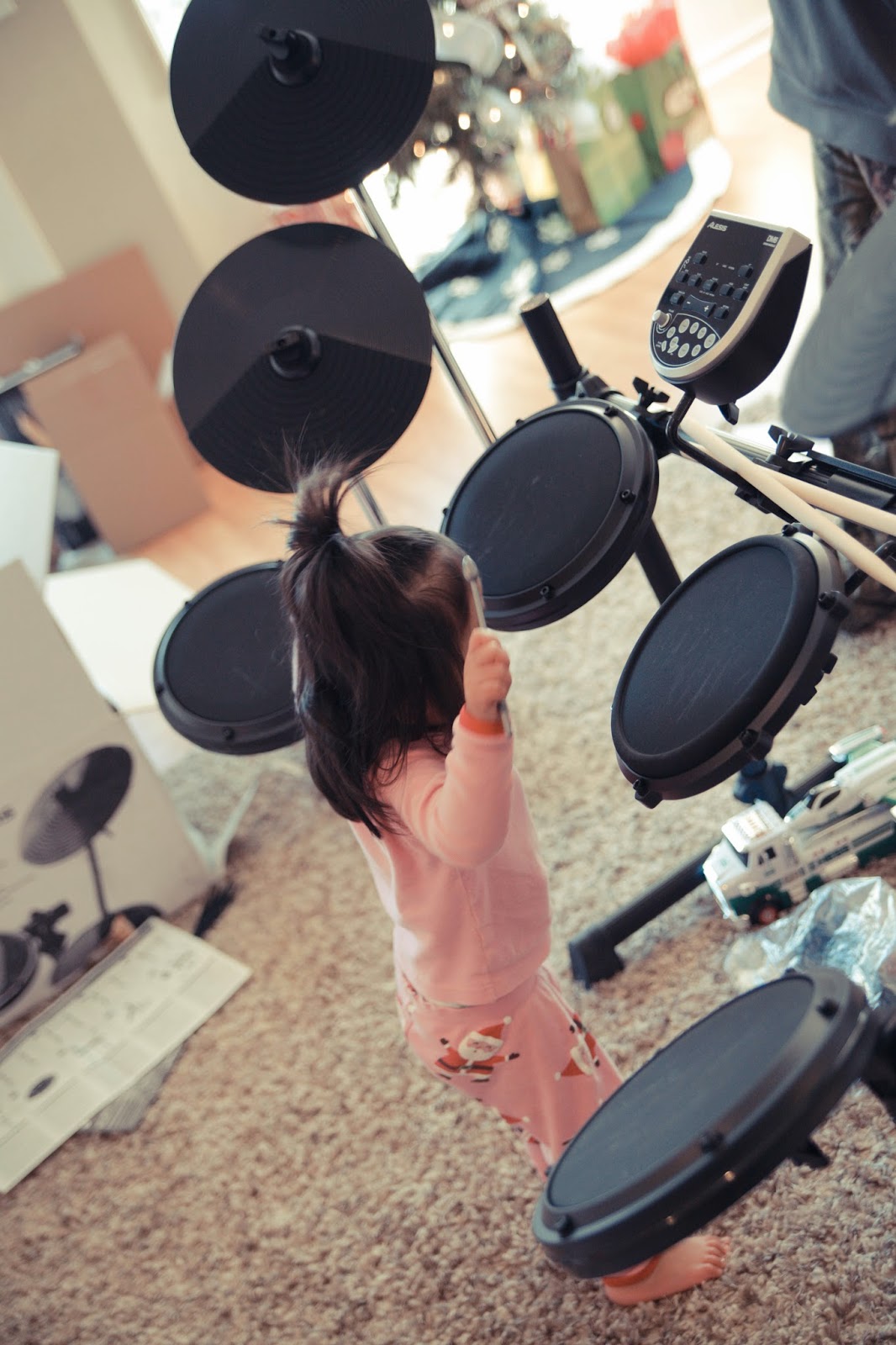 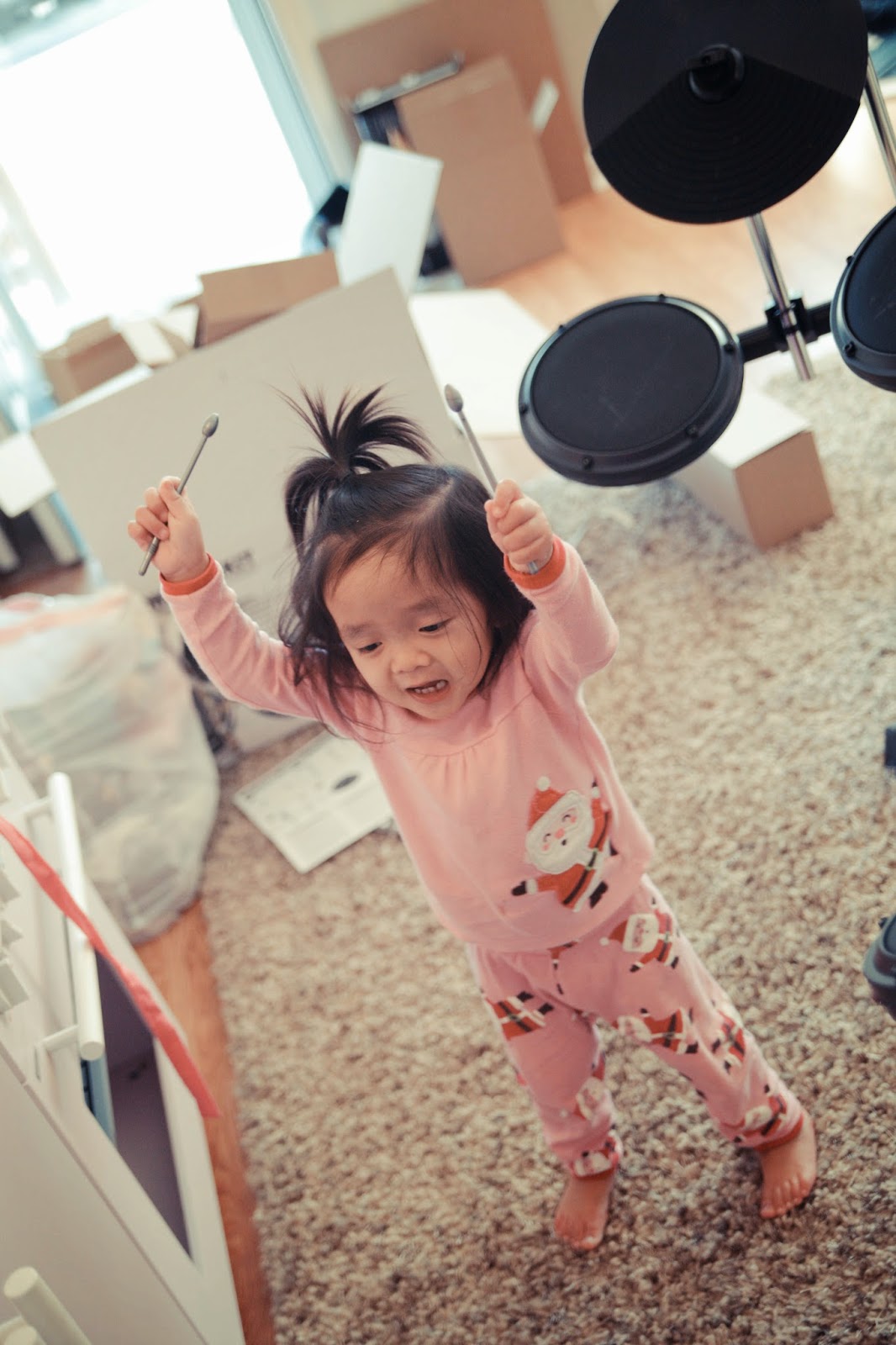 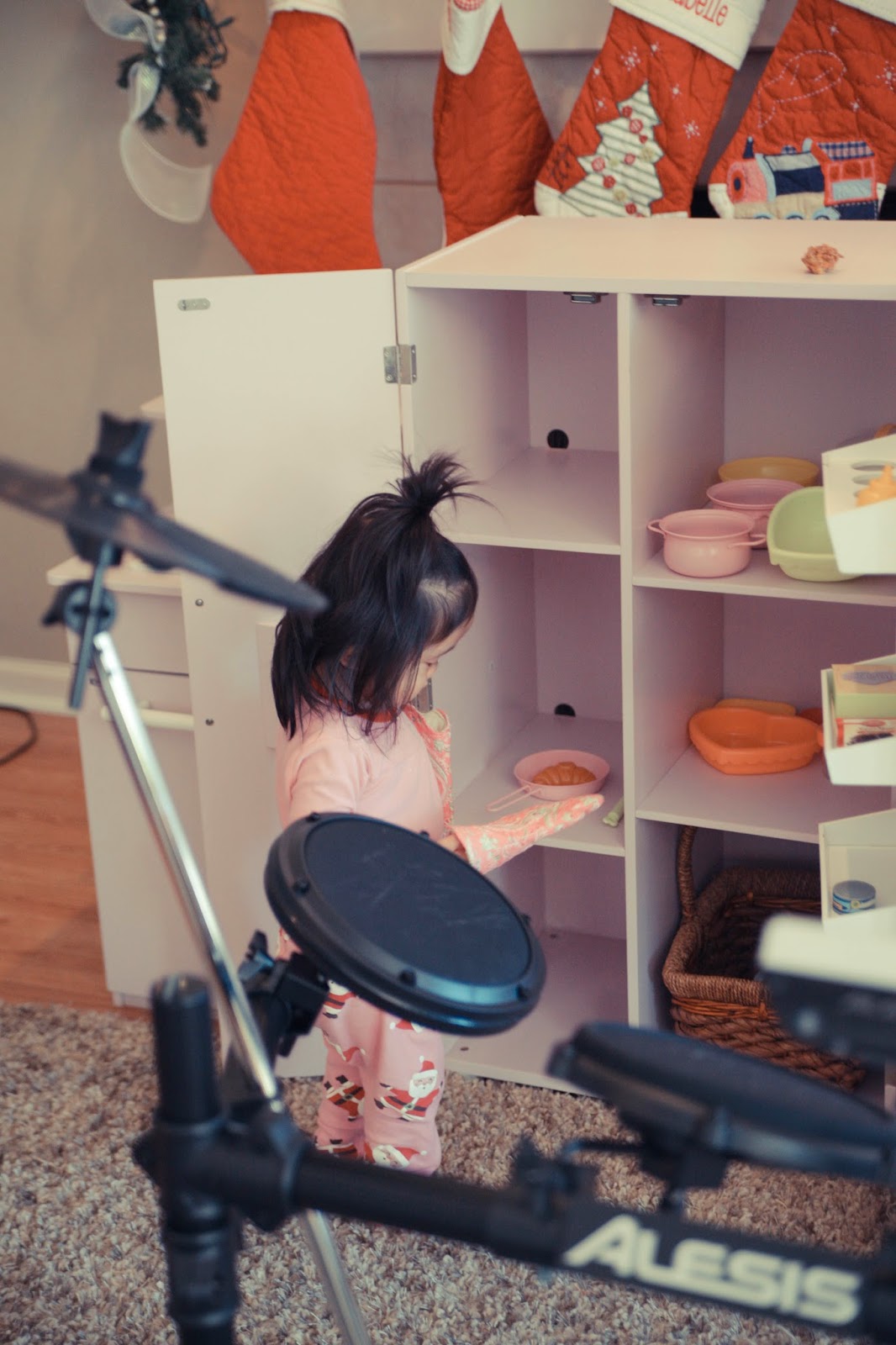 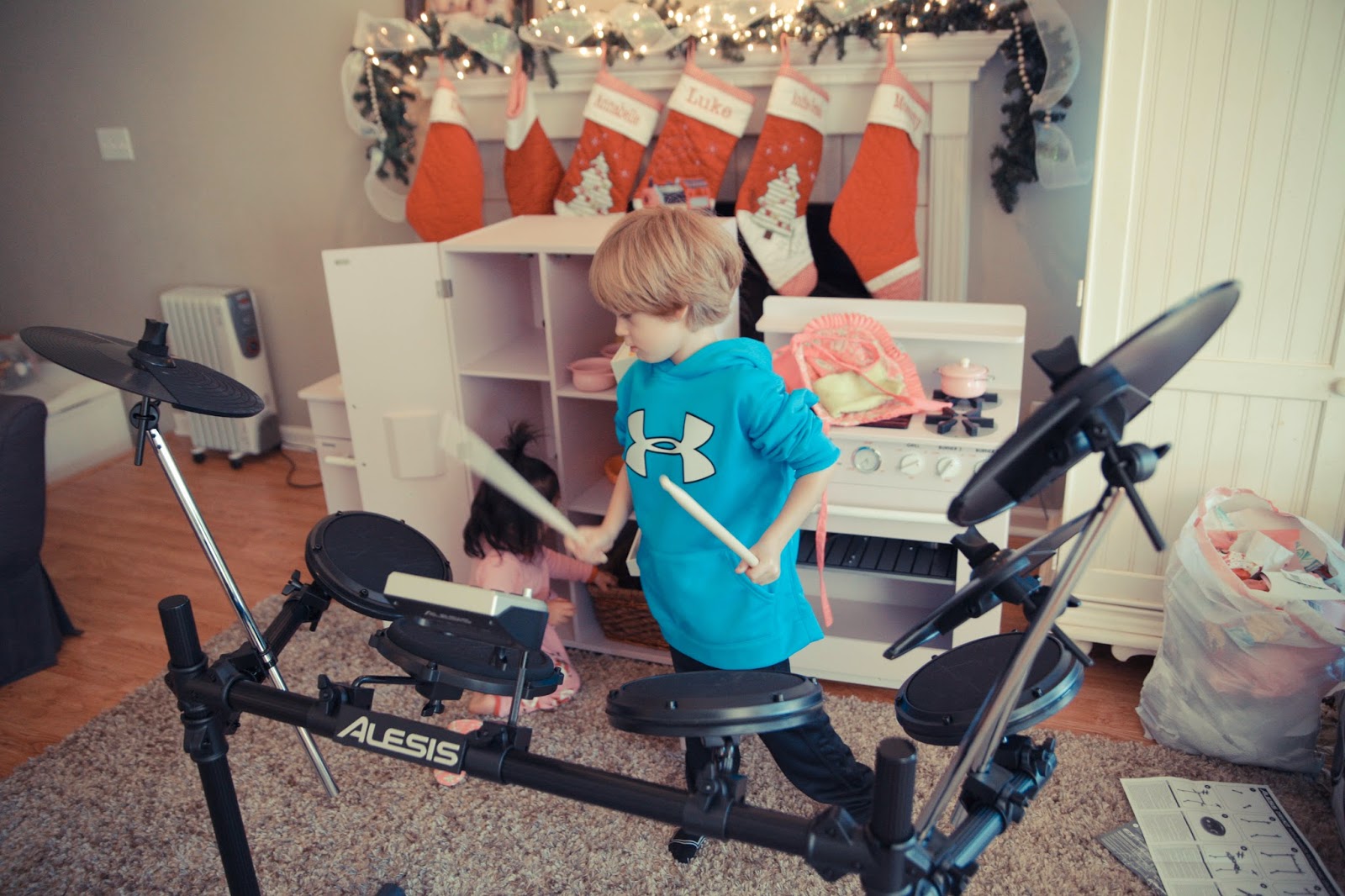 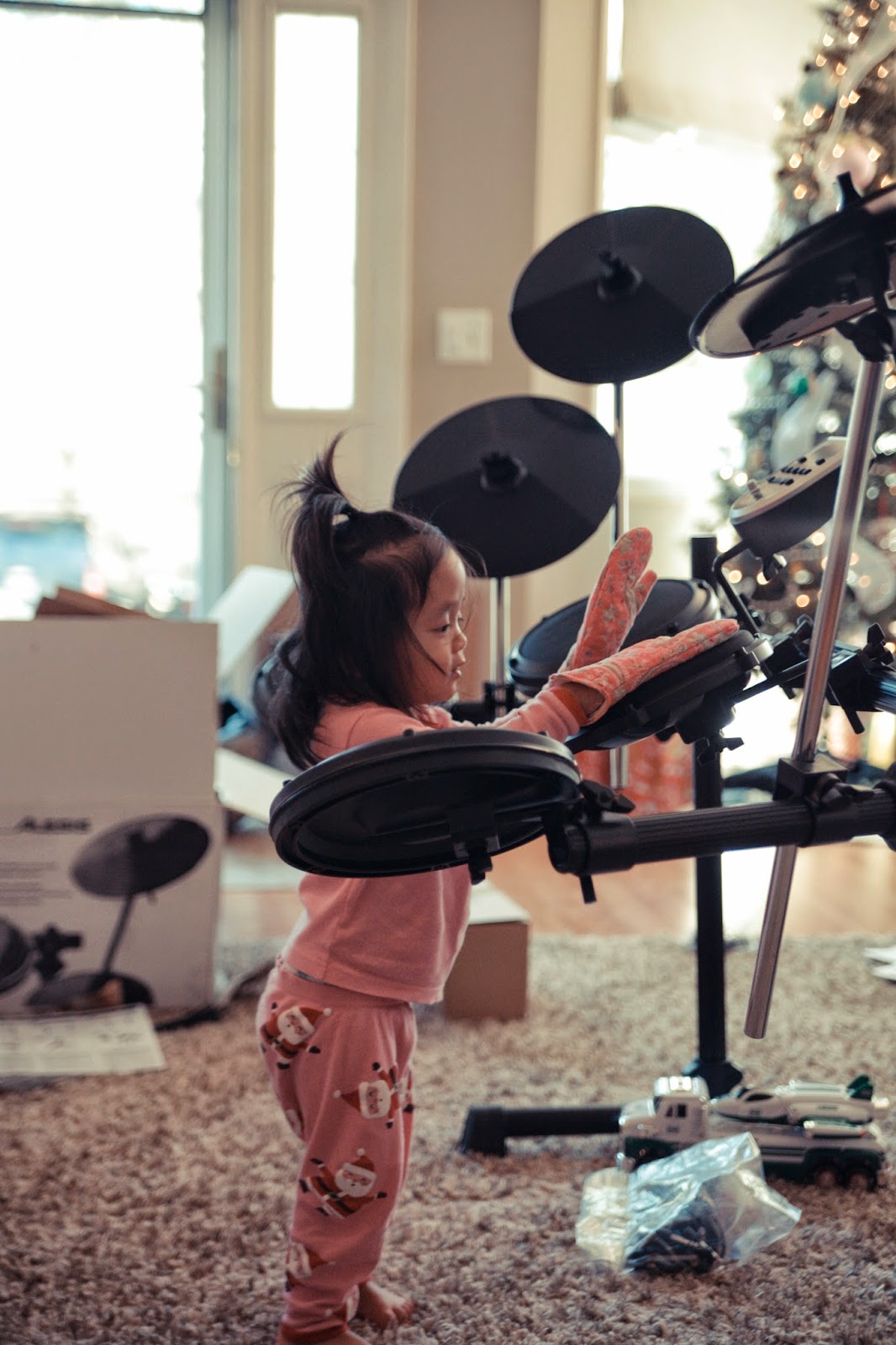