Wyatt’s 6th birthday party finally went off without a hitch!  He wanted to do things a little differently this year and instead of having a big party, he opted to invite a few of his best buddies over for some fun.  He made out his list months ago (seriously, he is his mother’s child) and we got to planning!  Nascar was his theme! 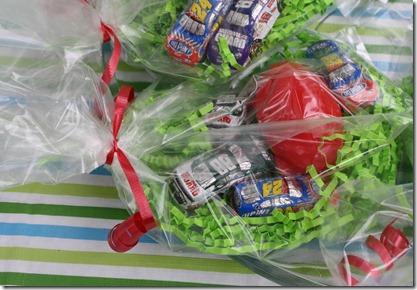 The boys has a great time doing all things racing!

First, they had to fill up on gas to get ready for the big race… 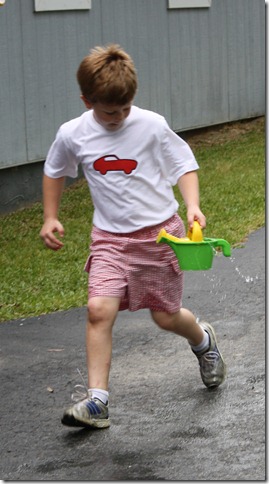 Two teams raced to see who could fill up their tank to the fill line first. 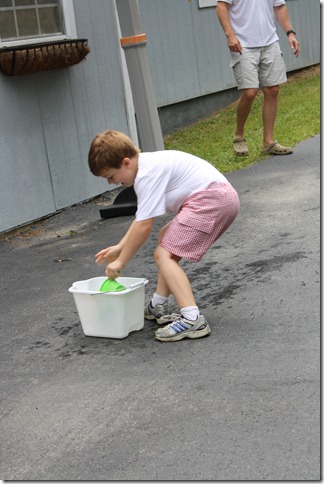 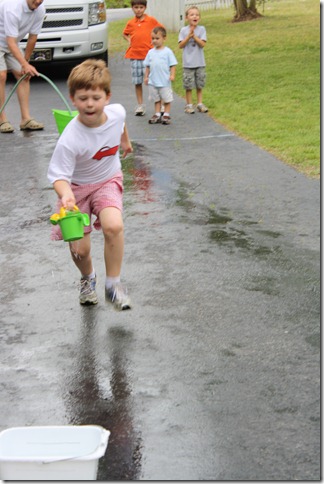 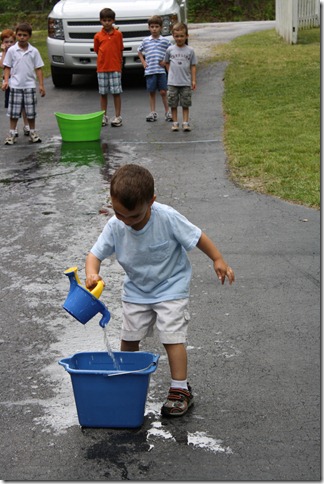 Then, they headed to the Track for the race! 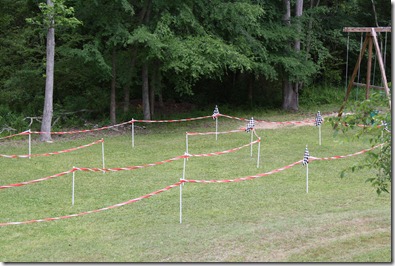 (Do all the white poles in the grass make a little more sense now?)

They ran two laps a piece… 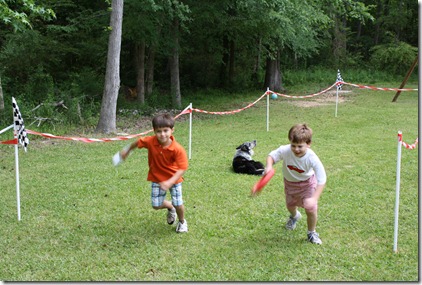 And kept a close race… 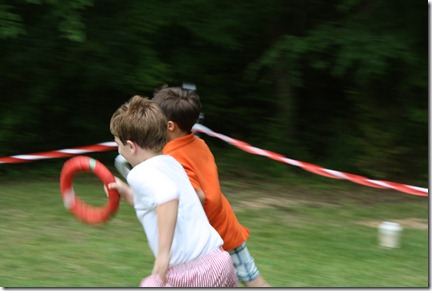 Then, they had fun in Victory Lane with a silly string celebration! 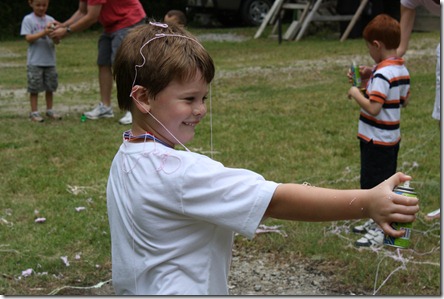 Finally, it was time for hot dogs and coca-cola!  (What else do you expect to eat at the race?)  Oh…and birthday cake, of course! 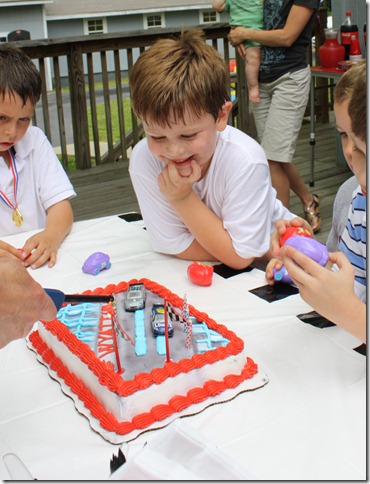 I think the birthday boy was a little winded from the Race so it took him a while to get the candles to all go out! (Oops, I forgot…those were magic candles that his mommy thought would make it even more fun!) 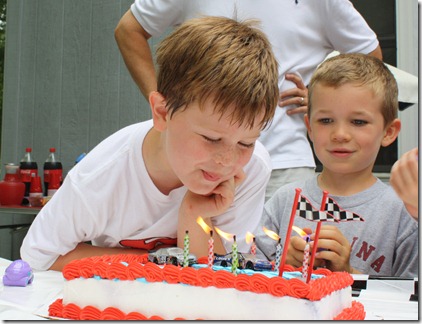 After opening presents and some more racin’ the boys grabbed their checkered flags and the race was over! 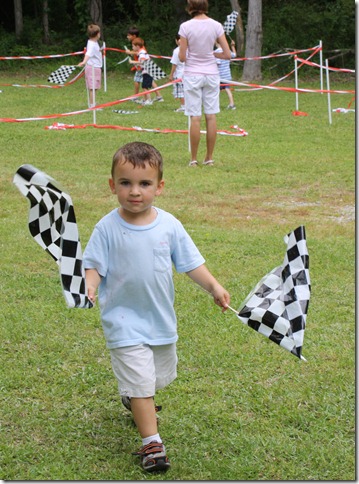 You may have noticed that none of the party pictures included baby brother.  He just knew something big was about to happen and absolutely refused his morning nap until ten minutes before the race began…and slept through the entire thing!

Good thing I made sure my boys were matching, huh??? 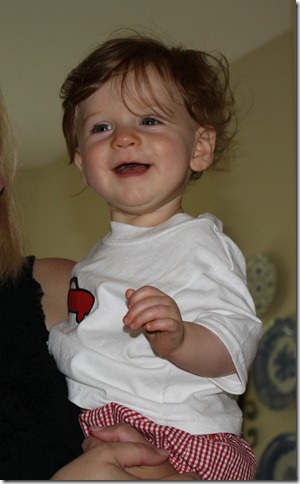 Precious!! Glad that you were able to finally get it in! Happy Birthday buddy!

Oh I LOVE it! What a fun little boy birthday!!! :)
I'm up late tonight because of the Nascar race... I dont watch except for the last few laps, but my guy does! We're Kyle Busch fans, so we're happy tonight! :)
Such an awesome party theme and I know your boy loved it! LOVE the "race track" with complete with checkered flags! Perfect!!! :)

Fancy Party lady!! Love the racing... I am sure he loved every minute of it!

So cute! It looks like the boys had lots of fun!! I'm glad you got a nice day this time. :)

Hey Rebecca! It looks like the boys had a blast! Wyatt is so adorable! I can't believe he's already 6 :) Of course, I just love Luke's wild bed head!! He's so precious! I also love the picture you took of Wyatt on your previous post. What an awesome camera, huh?! His freckles are so sweet! Hopefully we can talk soon.

That looks like it was so much fun!! I know Wyatt loved it! :)