Blizzard in the South! 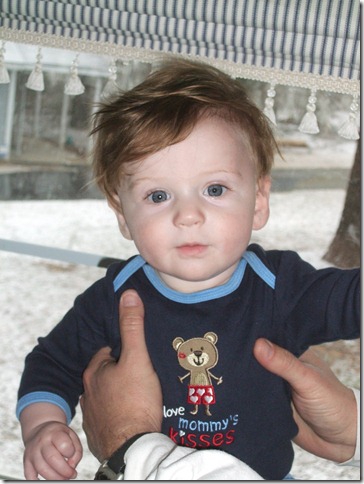 He had no clue what was going on outside… 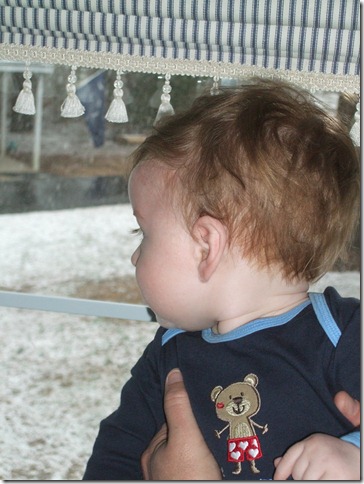 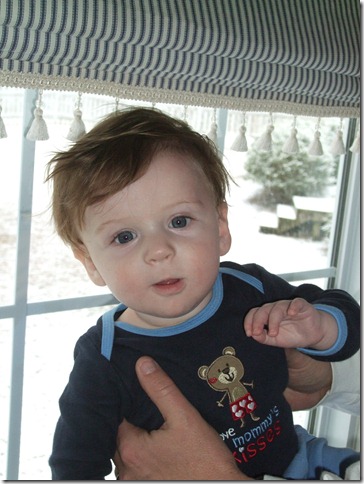 This morning was even more fun for Wyatt who was up before the neighbor’s rooster and ready to gear up for the SNOW!!! 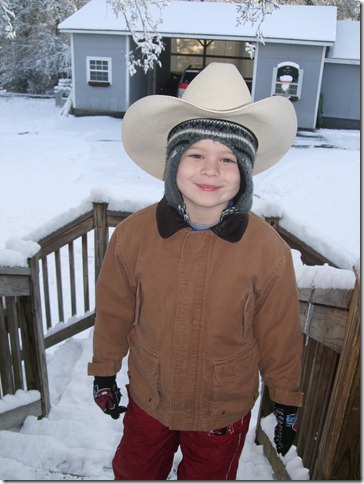 I guess it would help if we actually had proper snow gear here in the south, but I protest a coat so purchasing snow stuff is just out of the question!  Cowboy hat, it was! 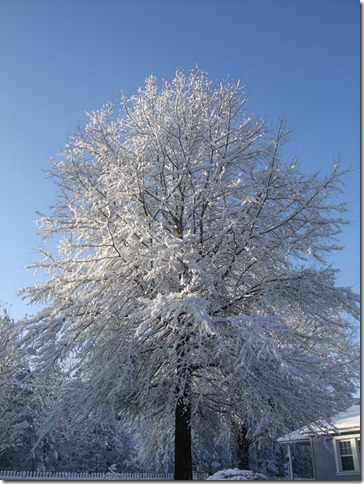 SO pretty!  I told my sweet friend, Suzie, last night that we’d be shut down for the next week…she thought it was hysterical because she lives at the North Pole, ahem, Michigan! :) 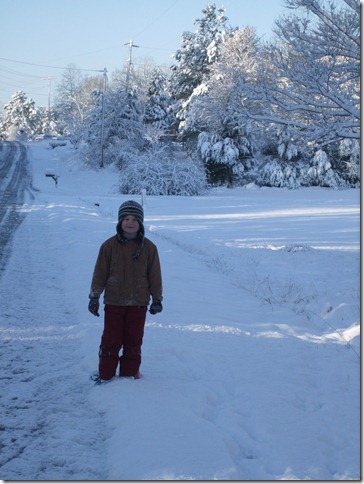 Goodness, I just love livin’ in the country!

The news said that this is the 5th most snow that we’ve ever gotten…ever. at. all. 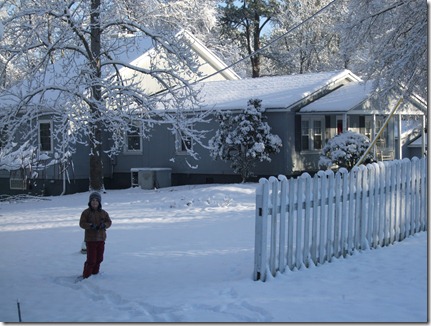 We had to make good use of it! 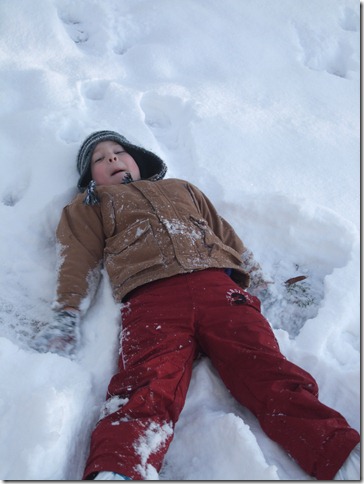 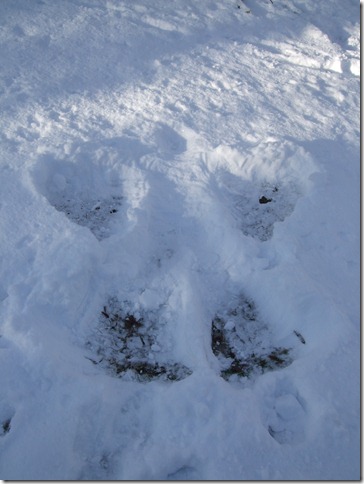 which turned out pretty great! 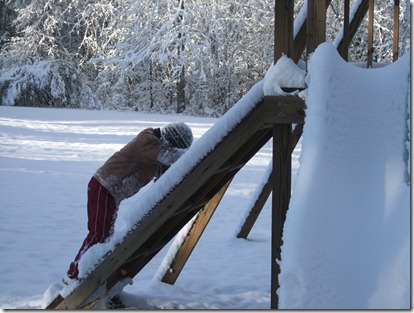 He played on the swing set that Scott labored to build for his 4th birthday…only he hardly ever plays on it and, instead, tells us that he saves it for his friends to play on! 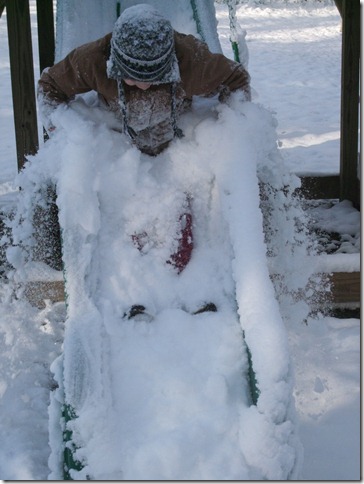 Gotta love that the blizzard will get him on it! (which, by the way, Scott now affectionately refers to as the “Monument to Outdoor Play”!) 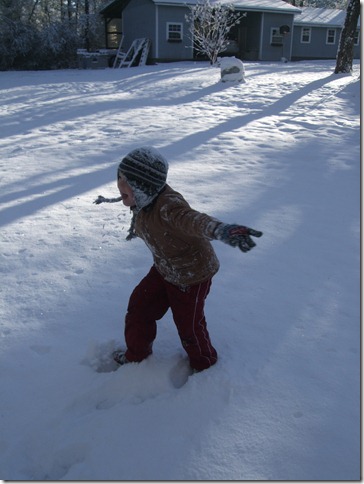 The blizzard of 2010 wouldn’t be complete without a good snowball fight! 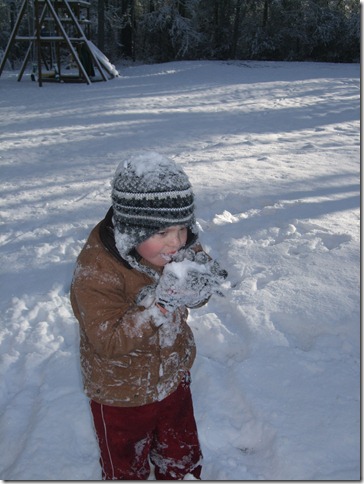 …and tasting the white stuff, too!  Wyatt came running in telling me how much he loved to eat the snow.  So, we made Snow Cream! YUM!!!! 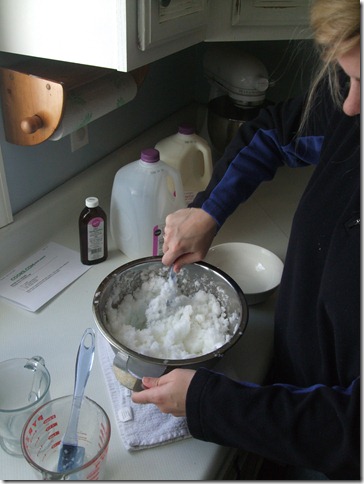 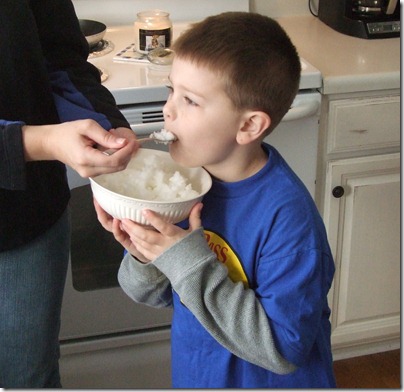 and, y’all, this southern family was happy! (And, yes, I did have to look that little recipe up on the internet…it’s not like this will happen again for at least 10 more years!)

I don’t know who’s actually buying into that whole global warming thing…but with a Blizzard in the South, I think I’ll have to disagree!

Fun, fun! Derrick looked like Luke. He kept wanting to look out the window. I guess he realized something wasn't right.

It looks like Wyatt had a great time. I wish I would have thought to make some snow cream...but our snow is pretty much gone now...good 'ol southern sun!

Enjoy what's left of your snow!

Snow cream...sounds yummy!! I love the cowboy hat on Wyatt! The snow was beautiful but like you, I'm ready for Spring now! :)

I love your pictures. I'm so glad to see another boy in the snow with his Carhart's on...Brady doesn't own a ski bib...but his Carhart overall's did the trick. :)
LOVE the cowboy hat!!

It looks like you had a GREAT time! My poor kids have NEVER seen snow. Thanks for sharing all the pictures and the Snow Cream looks yummy!