As I sit camera in hand at Wyatt’s ball games, I just can’t get over the fact that this cool-headed, calm, confidant child is mine.  He has so much of his daddy’s laid back personality {thank goodness!} and just oozes complete command of the pitching mound.  I don’t know how he does it and I know it doesn’t come from me.  I am still just so amazed by him.

This precious child who will literally start shaking if he feels in any way as though he’s done something wrong and does absolutely anything to avoid conflict somehow transforms into some sort of man-child as soon as the game ball is placed in his hands and he’s put in the driver’s seat of the ball game.

I pray he always feels just as at home in this position as he does in my arms.  It’s a gift for me, as his mother, to watch, encourage, cheer and be amazed by him doing what he loves and what makes him happier than almost anything else.

And…the best part of it is that {although I get an incredibly good cardio workout by just watching him control the game} he barely takes more than a deep breath. 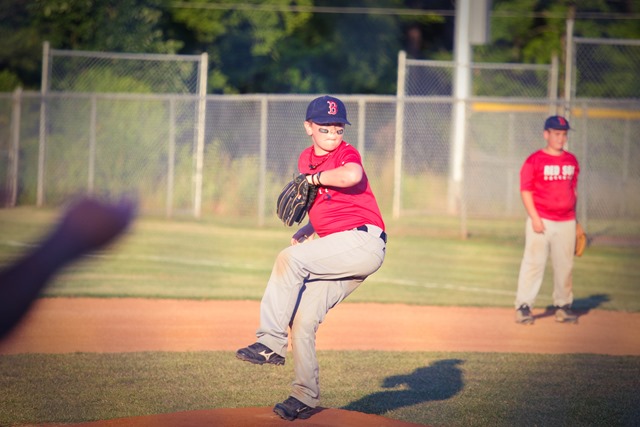 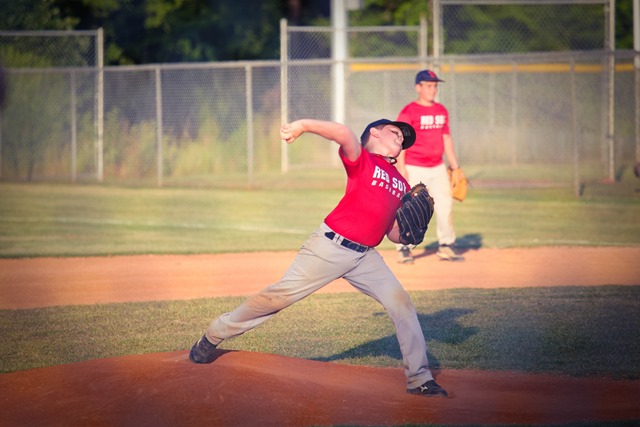 For my journal keeping…I want him to always remember that in the last game of his first season playing minors, he took the mound with only 1 out in the last inning.  The first batter he faced he struck out in three beautiful pitches for the 2nd out of the inning.  The second batter he faced he also struck out in three pitches to end the game and get the win!  And, then he asked to go to Chick-fil-a and shrugged off his awesome pitching like a true, humble pitcher.  Couldn’t be more proud of you, my sweet sensitive wannabe man-child!  How is it that you just turned 9 and are already 100 pounds and nearly as tall as me already?!?!?  ;)